Despite its objective success, Bandai Namco Entertainment’s Tales series of JRPGs is underappreciated. In our opinion, it should be more of a rival to Final Fantasy than it is.

Tales of Arise is the most recent addition to the main line of games; we consider it a huge step forward for the series.

It brought us a new level of visual excellence, updated gameplay, and the iconic couple of Alphen and Shionne. 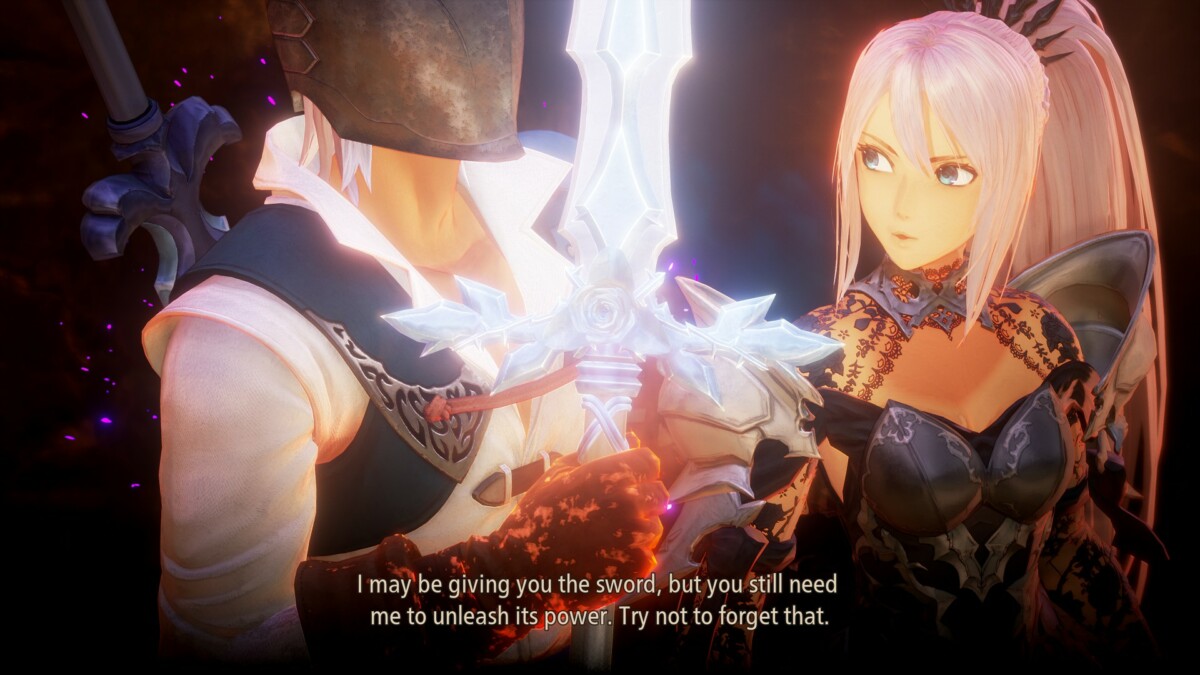 Sword Art Online may have its issues, but we can’t deny that it contains a plethora of interesting weapon designs.

The SAO Weapon Pack for Tales of Arise contains more than 30 custom weapon models based on the designs from SAO Alicization Lycoris!

Blue Rose is a beautiful weapon, and this player-made rendition of it is stunning when rendered in Arise’s engine.

The wide array of two-handed swords looks excellent, too. There is a weapon in this pack for any player. 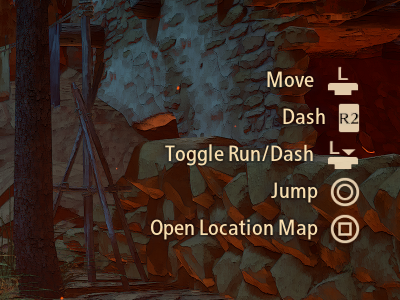 This is a common type of mod for PC ports of console games.

PlayStation Button Prompts is a mod that replaces the Xbox controller map with that of the PlayStation Dualshock controller.

Players who prefer to plug a PS Dualshock controller into their computers often get frustrated by the Xbox buttons. It’s a much smoother experience to see glyphs that correspond to the actual device in hand.

We’re fans of the Dualshock controller over the Xbox, too. 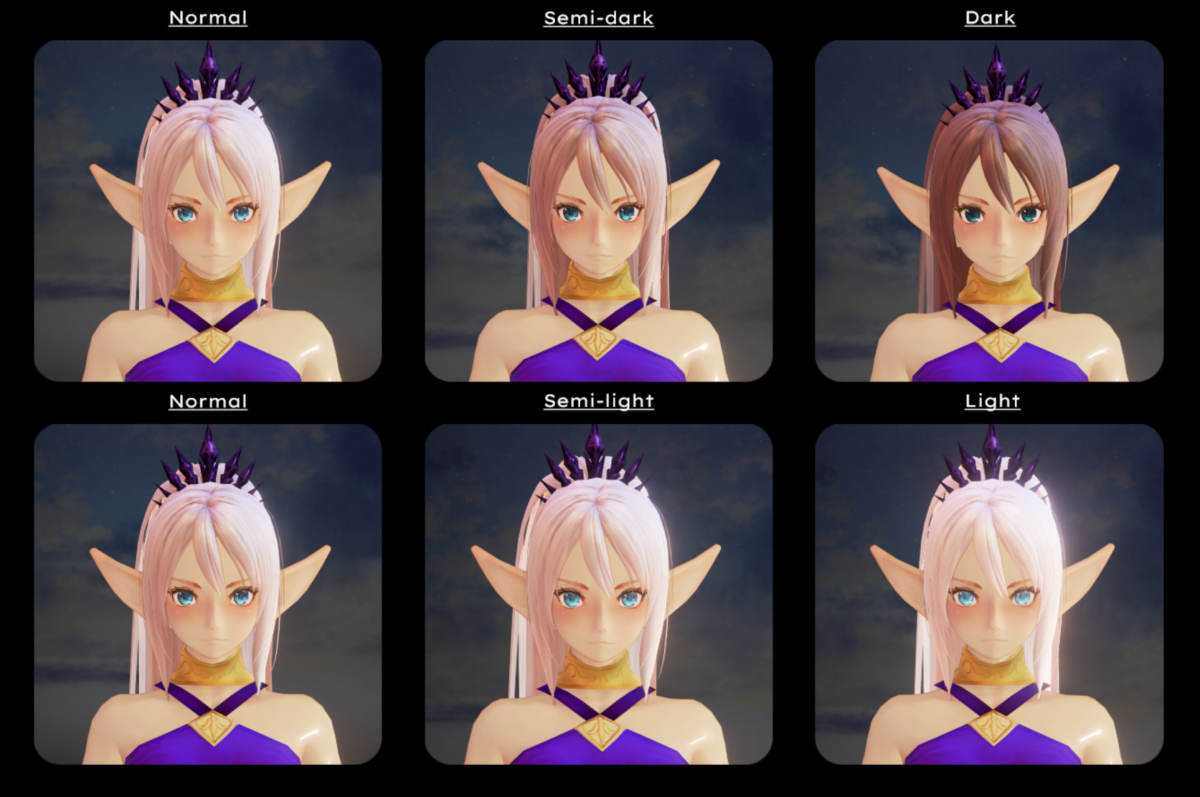 With the new higher-quality graphics that came with Tales of Arise, it makes sense that players want to customize their party members more than ever before.

This Hair Color and Eyes Pack contains custom-made variants for each party member’s hairstyles and eyes.

Mix and match the colors and styles until your Arise cast looks just right. We can’t describe in words how stunning the characters look with these custom features.

If we had to pick our favorite, we adore Rinwell’s pink-peach-blonde braided hairstyle. Rinwell fans should keep an eye out for our number one mod pick. 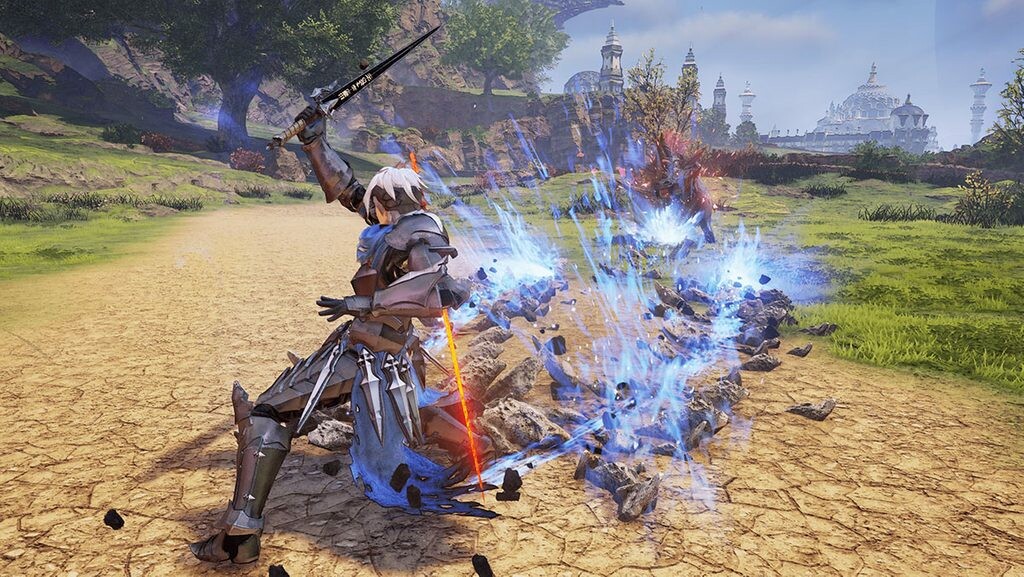 This is the first significant gameplay update on the list; it’s a doozy.

Arte Canceller gives players the ability to cancel their artes mid-animation. This freedom can be crucial to dodging an attack or adapting your positioning to the demands of battle.

The base game forces characters to complete the full Arte animation, which can cause some problems. It’s one of the few irritating things about Tales of Arsie.

The animations look great, but they can be a flashy prison. 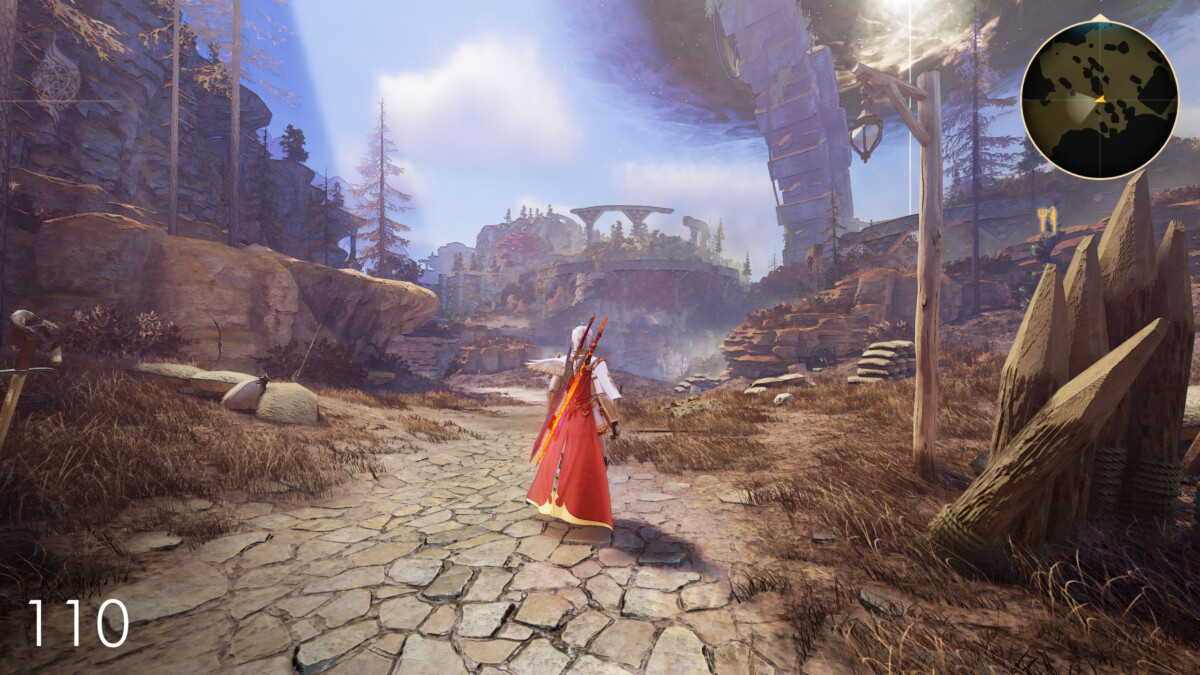 Simply FOV Options expands the field of view displayed on-screen by zooming the camera further back.

This doesn’t make the game any easier, per se, but it does feel much more open; this improves the overall experience for us, reducing the claustrophobic feel that pops up from time to time.

The amount of FOV increase can be customized.

This mod is a drastic improvement to all graphical elements of the game, possible thanks to Unreal Engine 4.

This mod helps players get the most out of their graphics card while playing Arise. Shadows, lighting, postprocessing, chromatic aberration, ambient occlusion, LOD quality, and many more graphics words receive tweaks.

Get the maximum quality Tales of Arise can offer with this well-crafted mod. (Arise-SDK, the next mod on this list, is required.) 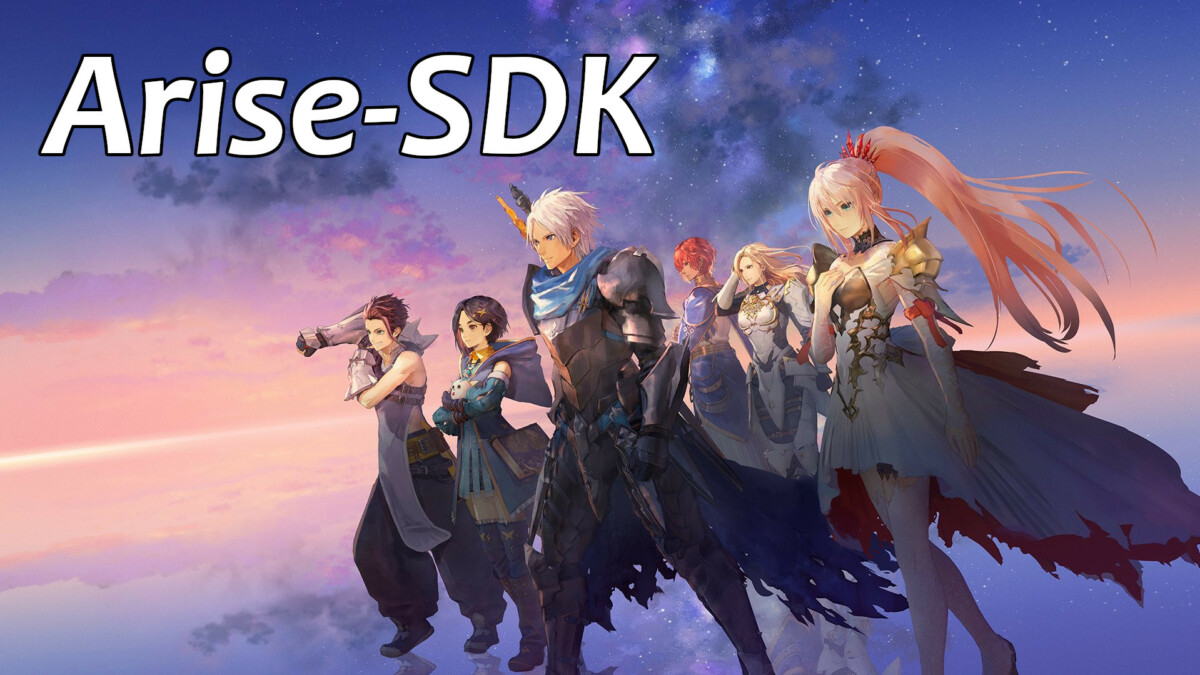 Here’s the essential mod for squeezing more visual performance out of the game.

Arise-SDK improves the resolution of cutscenes, boosts draw distance, allows players to access the dev console, and provides more tools to aid modders in their work.

There are so many ways to buff the appearance of Arise that the community has made; it’s surprising that the devs didn’t decide to make it look this good in the first place.

Either way, this mod is the cornerstone of graphical excellence. 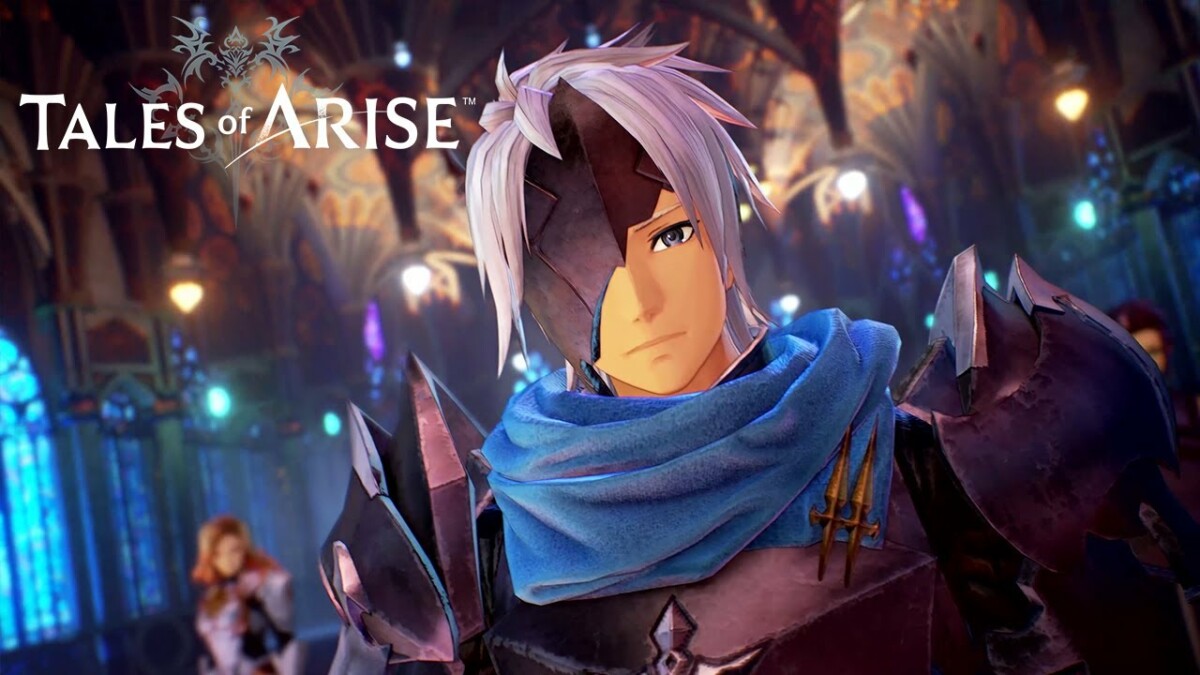 Don’t be fooled by this mod’s cute name; it packs a punch. They are massive ‘tweaks.’ Tweaks of Arise is a potent quality of life boost.

This mod improves the overall Tales experience through reworking game mechanics; Improvements like general difficulty and character movement speed are among the most noticeable. It also allows more freedom with camera movements.

The tougher enemies that this mod creates ratchets the challenge up a needed notch for players who are experts at Tales games. They do more damage, cast fast, and attack more often but have less HP.

2. Multiplayer Mod for Tales of Arise 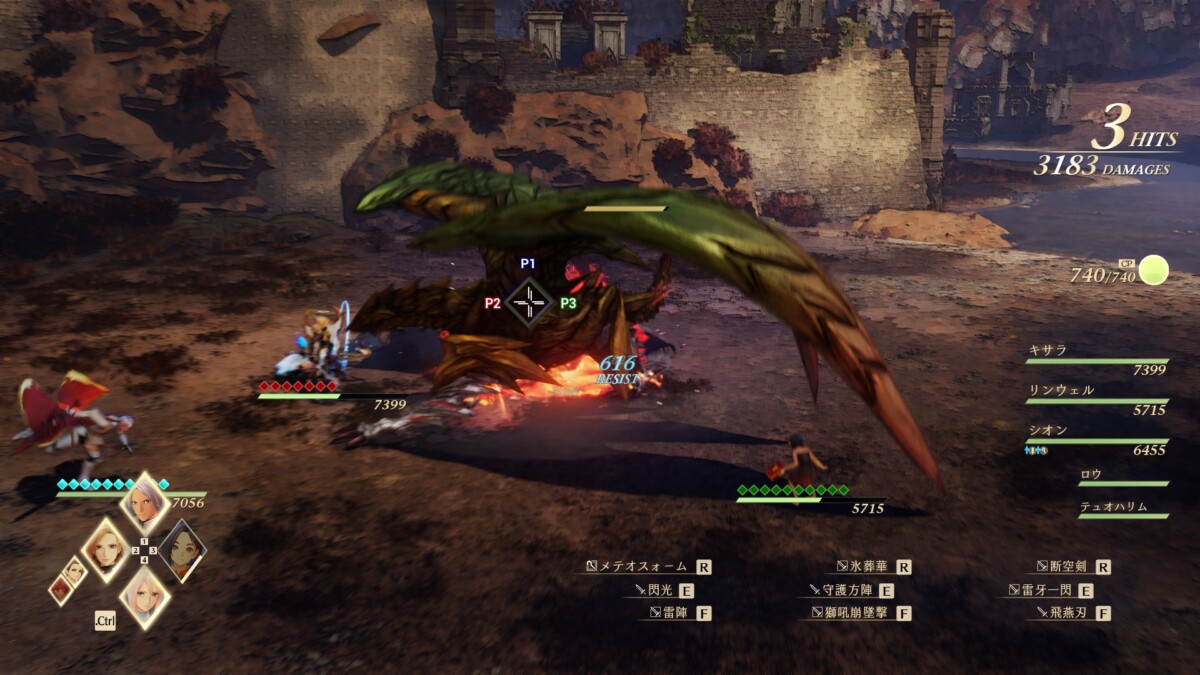 Even though it made the penultimate spot, this mod is a mind-blowingly impressive piece of work.

Multiplayer Mod introduces a custom-made multiplayer mode to Tales of Arise. Players can adventure with friends through local OR online multiplayer.

We used this mod to plug four controllers into our PC; it feels like the old days playing Symphonia and Vesperia.

Using third-party controller apps, you can play with friends online, too, even though the base game does not support Steam Remote Play.

These games were meant to be played together; it’s messed up that you can’t do it by default. 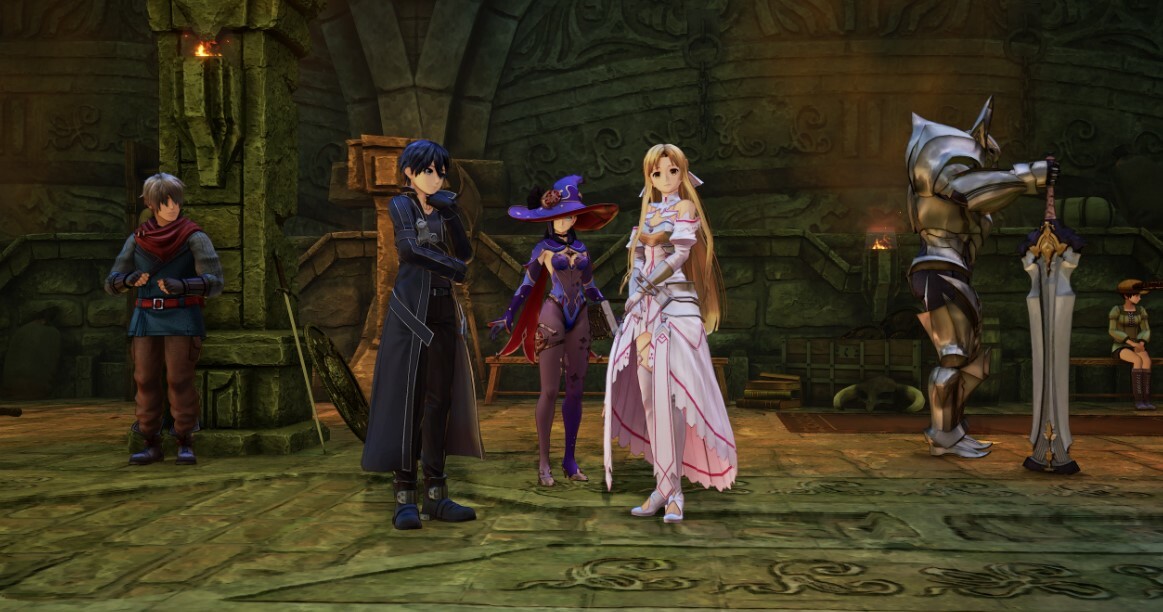 When picking our top mod for Tales of Arise, it was a tough choice between this mod, a 2B costume, or the multiplayer mod. Ultimately, we went with this Genshin Impact costume for Rinwell.

This costume changes the character’s clothes, hat, hair, and eyes.