Ghost Ship Games did something incredible when they developed Deep Rock Galactic. This co-op sci-fi FPS evokes memories of Left4Dead, No Man’s Sky, and Borderlands in a single, charming game.

The experience of venturing through the procedurally generated caves with up to three of your best allies is an absolute blast.

So take up the mantle of the Badass Space Dwarves and get to mining and bug squishing.

Our mod list for DRG is tailored to boost the quality of life and make the game more fun. None of the things listed below offer huge advantages over other players or make the game any easier, except for being easier on the eyes. 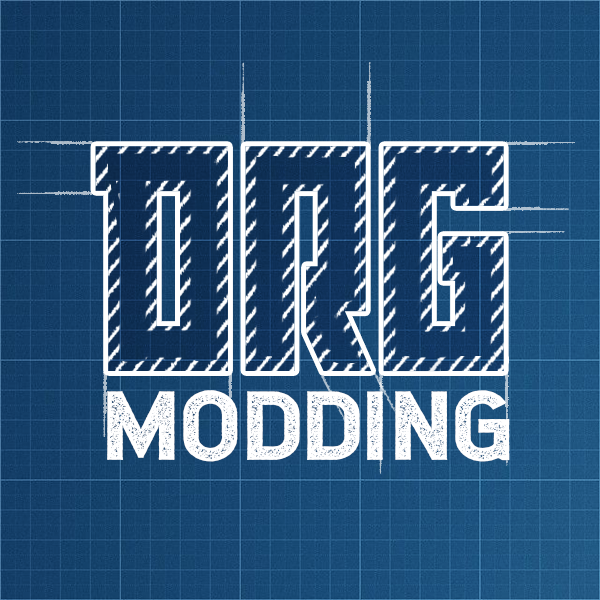 Mod Hub mod manager is one of the must-have mods for the game. Mod Hub is a tool for managing other mods and their user interfaces.

The more mods a player accumulates, the bigger the task of managing them gets. Install a few too many, and the menus and changes become a challenge in and of themselves to operate in real-time on top of playing the game! 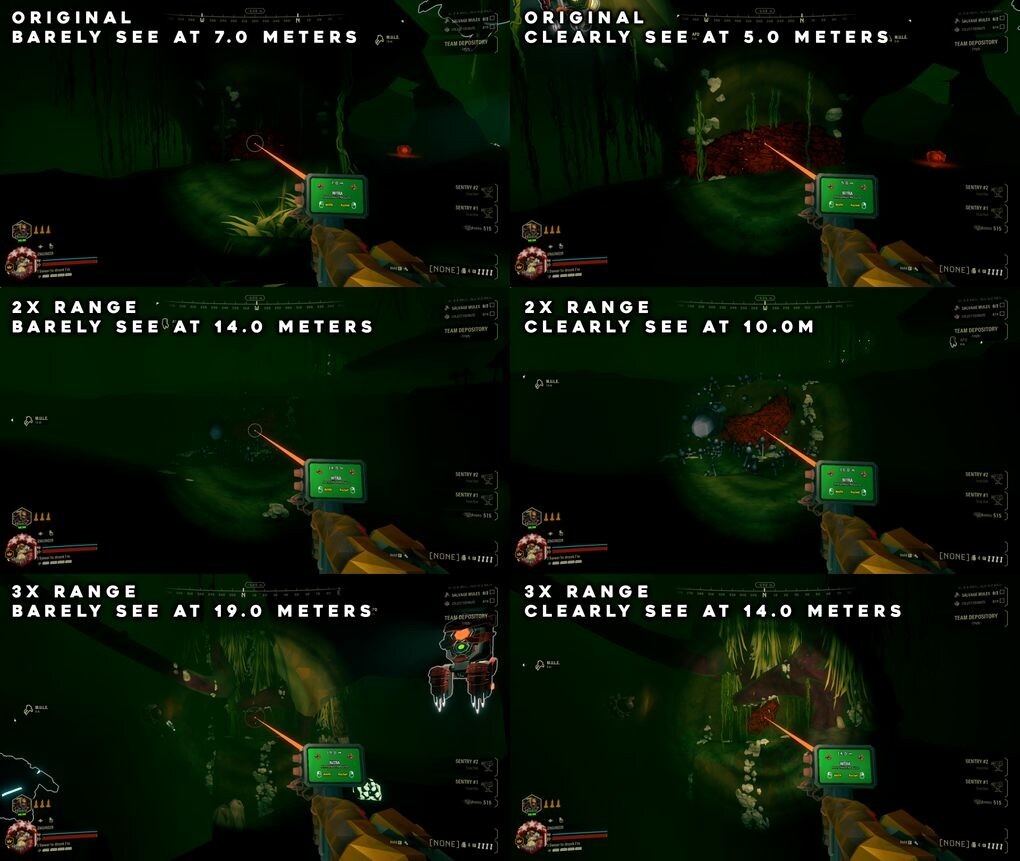 5x Flashlight Range increases the range of the player’s flashlight by a factor of five.

This is a considerable quality of life upgrade. One of the most annoying qualities a game can have is a darkness that is too dark.

Our eyesight is pretty good, but it still is unreasonably hard to see some things in Deep Rock Galactic. 5x Flashlight takes this frustration away completely.

It is one of our favorites but ranks lower because of how simple it is. 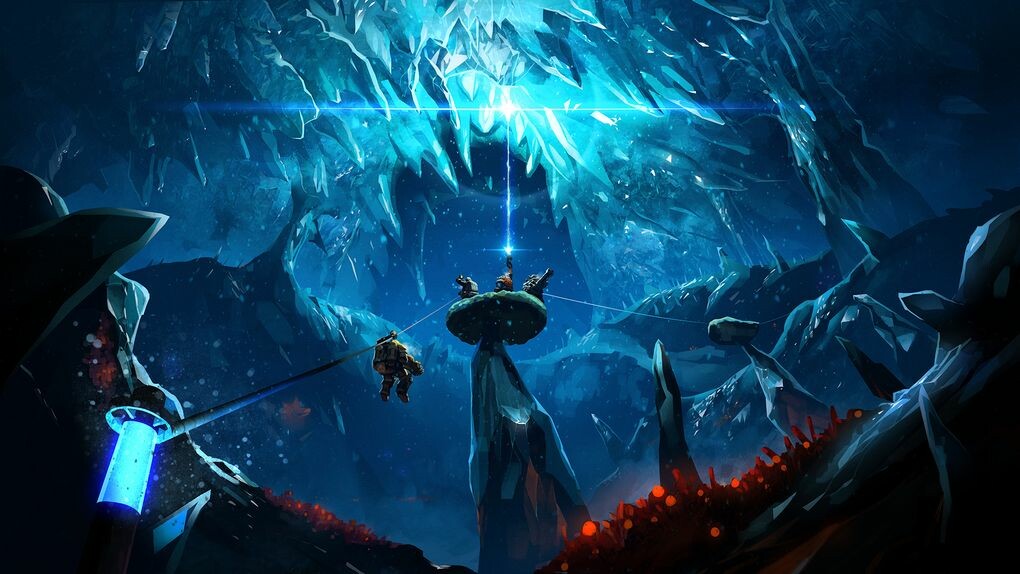 DRGLib manages other mods’ dependencies behind the scenes.

DRGLib is required for many mods to work while helping other mods work with each other. This mod is a library of functions that prevents unnecessary writing and rewriting in memory.

Plus, it makes more advanced mods possible by providing them with an extended environment in which to operate.

It’s a safe bet to go ahead and download this before you know you NEED it. DRGLib combined with Mod Hub comprises an essential mod duo for Deep Rock Galactic.

Brighter Objects increases the brightness of resources and event objects, making them easier to see.

Serving as an extra bump to the quality of life that the 5x Flashlight provides, Brighter Objects makes it effortless to notice important resources that are right under your nose.

With the advanced darkness in the caves, it’s too easy to miss obvious objectives.

The game is unplayable without this once a player has “seen the light,” so to speak. 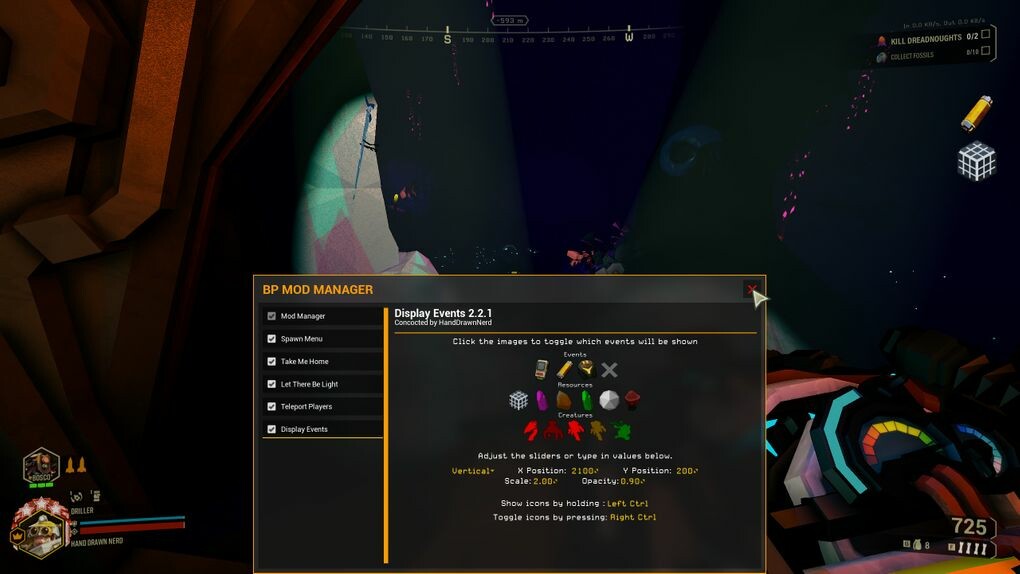 Display Events provides notification icons in the player HUD to indicate events, resources, and creatures present in the game area.

This mod helps the player stay focused and on-task. There is a lot to be distracted by in Deep Rock Galactic. If you’re not careful, you can forget it’s not just a bug-killing game or just a mining game.

The alerts added with Display Events (through the Mod Hub) add a comfortable degree of guidance without providing any unfair information advantage.

Simply repackaging information already available to the player is fair in our eyes. It’s perfect for those teammates that struggle with keeping their eyes on the prize, of which we have many. 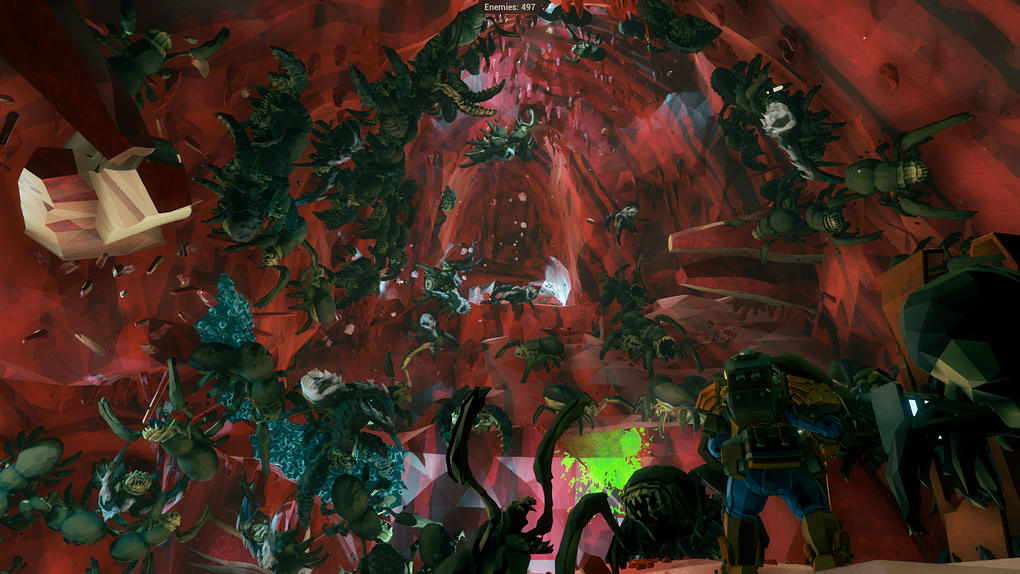 Swarm Control offers more than six different options to manipulate the swarms of bugs that spawn.

Swarm Control is the peak of gameplay customization available for Deep Rock Galactic.

Players can add a multiplier to the size of the swarm, scale up enemy damage, speed, attack cooldown, damage resistance, and more. Combined with the built-in difficulties, this mod makes any ideal difficulty real.

We like to pump up the size of the swarms, leaving everything else the same. We played around with the other sliders; you can make some punishing waves of nasty space bugs! 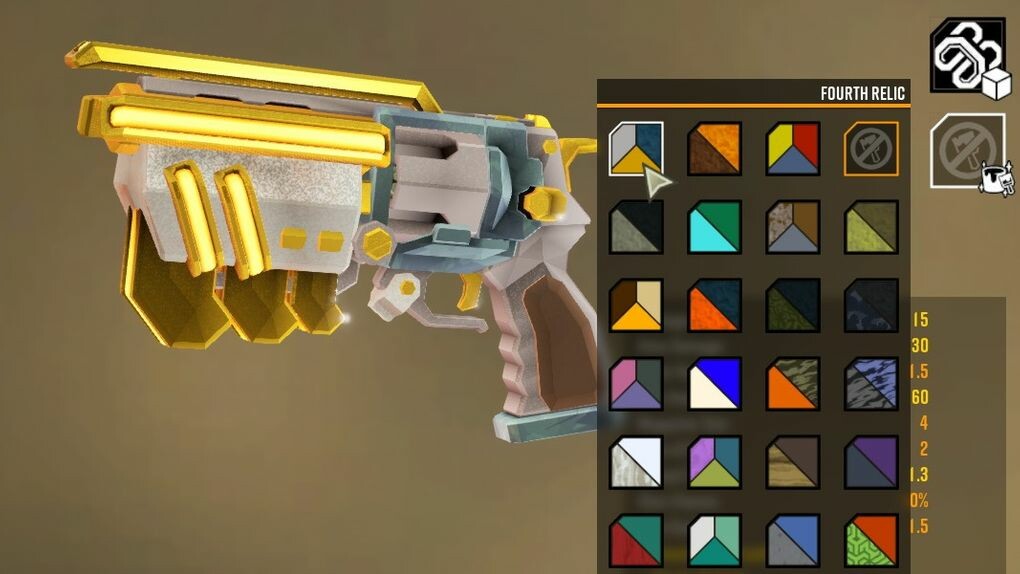 Cosmetic Restriction Remover disables the limitations around applying cosmetics to your weapons and armor.

With this mod, players can apply any framework or paint job to any other object or framework.

This is especially helpful for players who’ve played the game for a while since they can access ALL of their paint jobs at all times.

There’s no good reason to limit players’ ability to express themselves.

Other players should see all of your swag, right? 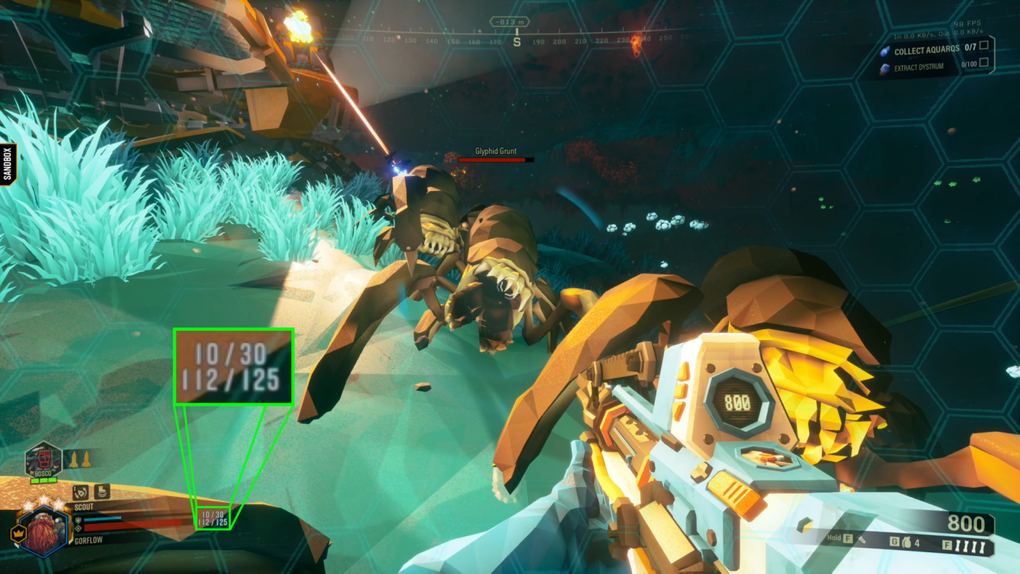 Health and Shield Numbers adds a numerical value to the HP and shield bars in the HUD.

Hard numbers are much easier to understand quickly than a bar that depletes. It’s easy to overestimate how much more damage you can take; this can be a fatal mistake.

When players have access to a health value of “80” instead of a partially full bar, it’s much clearer how much more the player can take. 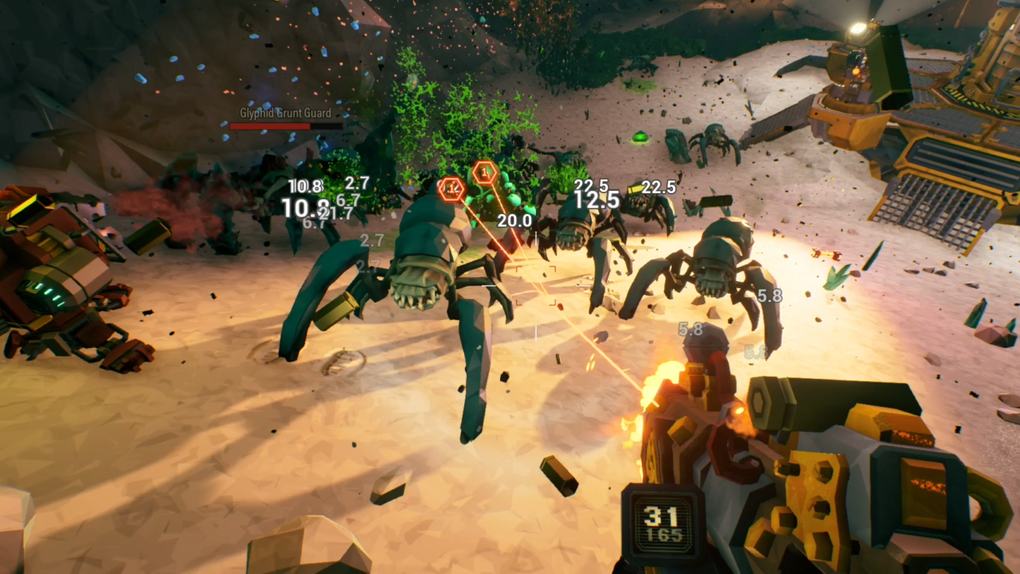 Similar to the Health and Shield numbers, damage numbers give a more accurate picture of the damage being dealt and the effectiveness of the players’ weapons.

The visual numerals are very reminiscent of Borderlands damage indicators. Seeing the values fly around adds a new level of satisfaction to the gameplay.

We’d vote for this mod to be incorporated into the base game, though it does weaken the immersion. 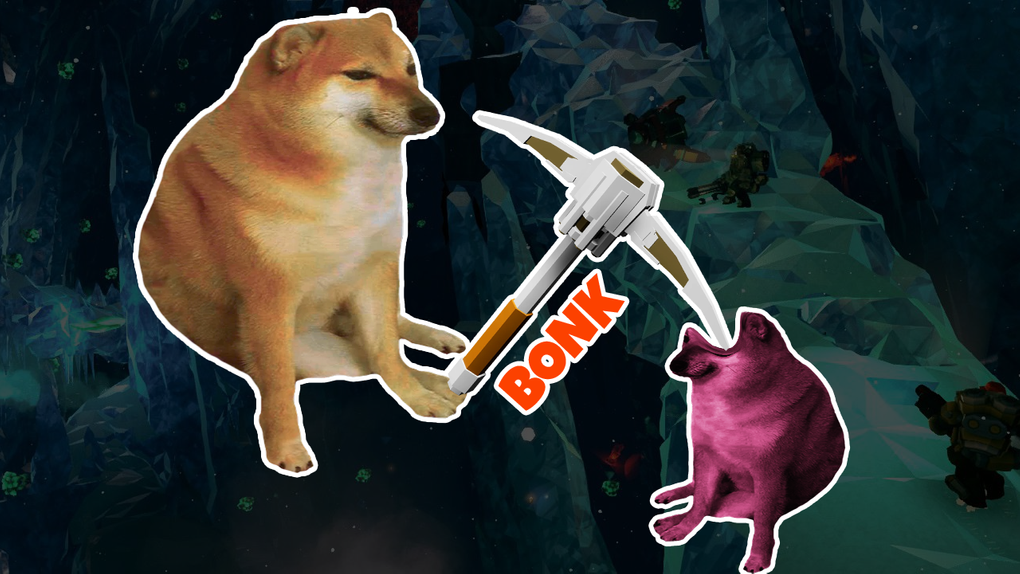 Playing with the Pickaxe Bonk! SFX mod had us cracking up no matter how threatened our space rig and the team was.

Deep Rock Galactic isn’t the most serious game, but it can get intense; a bit of levity is welcome.

The mod’s creator suggests pairing this mod with their Bonk! Sound Effect for the impact axe to keep the fun going.