The original Final Fantasy VII is the clear fan favorite among the main series of Final Fantasy titles from Square Enix. It has the most vocal fans, anyway.

In recent years, SE has begun releasing a modern Final Fantasy VII Remake in installments; the first chapter of the FF7 Remake came out in June of 2021.

Players were, and are, eager to jump back in with Cloud and the gang in their battle against Sephiroth and the Shinra Electric Power Company.

More installments are on the way! Square Enix is behind on production due to the pandemic and other economic factors; they ARE coming.

Being a single-player, story-driven JRPG video game, Final Fantasy 7 Remake mods focus on cosmetic changes to the game. We’ve picked our favorite visuals along with a couple of gameplay modifications. 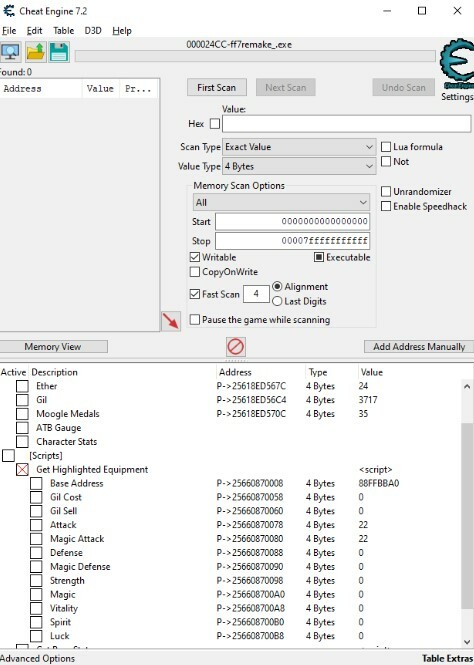 Since this mod is the plainest variety of cheating, we put it at the twelfth spot even though it is super fun to fool around with.

Players can edit the stats of any character, gil, item quantities, cost of items in shops, levels, and more. If it is represented by a plain integer in the game memory or save file, the Cheat Table can modify it.

One of the strongest uses is the ability to upgrade weapons without SP. This allows you to switch weapons without subjecting yourself to a time sink. It’s easy to overpower yourself without caution; be careful. 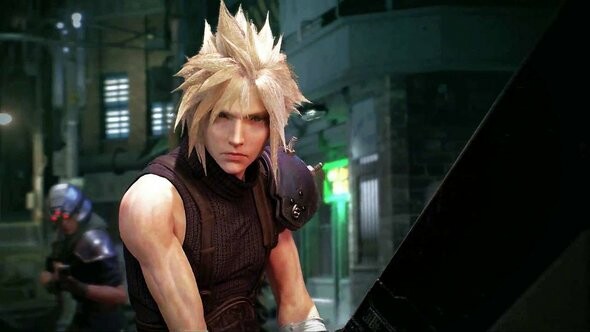 Your party members in the FF7 Remake can be frustratingly timid. This mod makes them more player-like in their combat strategy. We LOVE this mod.

It is so much more fun and low-key playing the game with AI you can rely on to push the battle forward. It works best with Cloud and Tifa but does fine with everyone else as well. 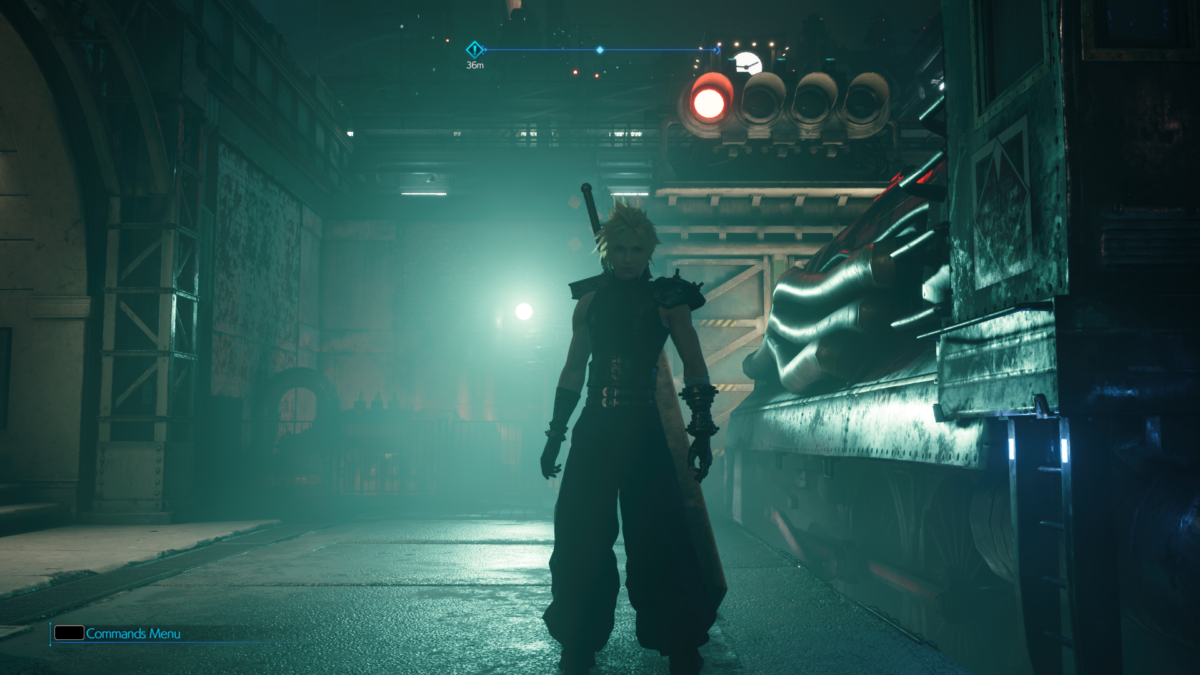 This makes a more consistent visual experience but can cause performance issues on severely low-end machines.

The PC version of the Final Fantasy VII remake is a less-than-perfect port from consoles, resulting in the need for mods like this. It’s not Tetsuya Nomura’s fault, though. 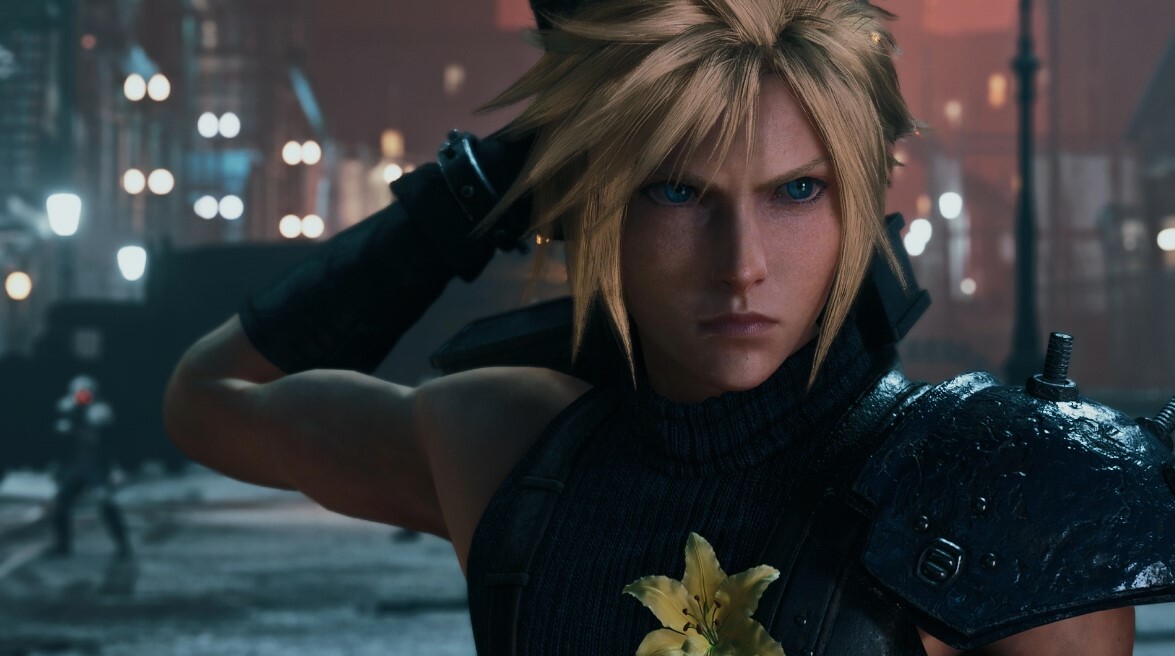 Advent ReSahde is a preset for the standalone texture and filter program ReShade.

This preset filter and texture pack introduces a host of dynamic lighting and other graphical adjustments to improve the appearance of the FF7 Remake.

ReShade works miracles with games that are already quite stunning.

ReShade is a VERY popular program that boosts the graphical performance of several games. If you aren’t already using it for other games, we recommend checking which of your favs is supported. 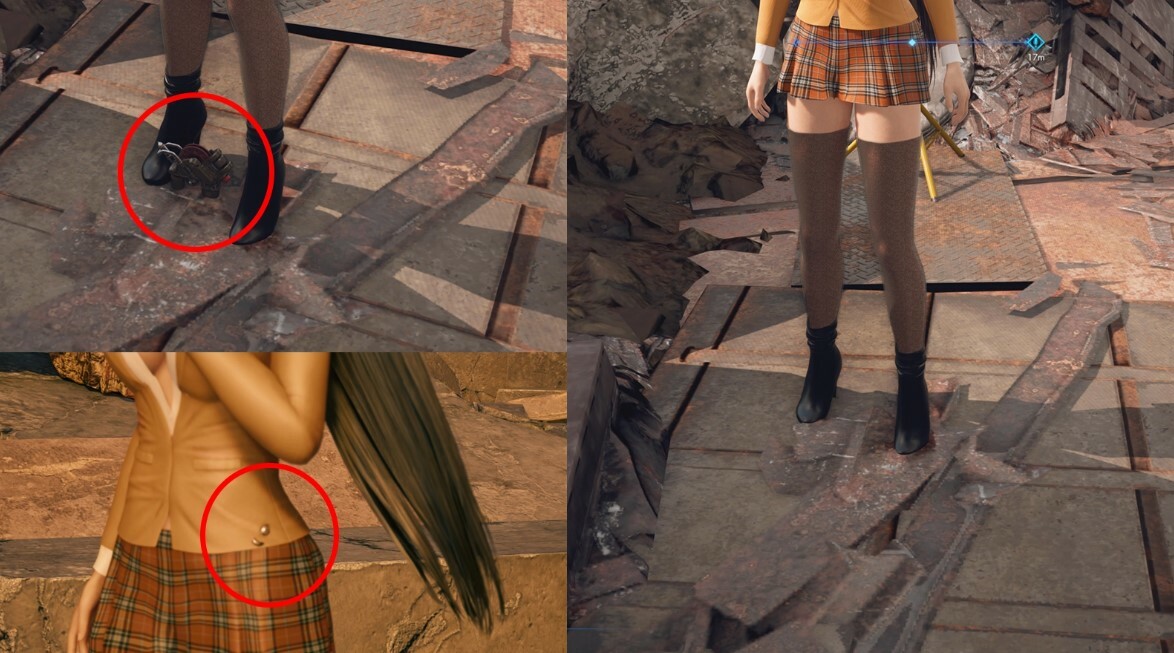 Invisible Grappling Hook makes the grappling hook invisible in all situations in the game.

Replacing the characters’ outfits is the most popular way to mod the FF7 remake.

Some of these custom outfits leave the grappling hook model with nowhere to go, so it will clip through the character in a weird spot or show up stuck on the floor under them; neither scene is ideal.

This mod makes sure the annoying hook mechanism does not render.

This is mandatory for fans of Tifa’s costumes. 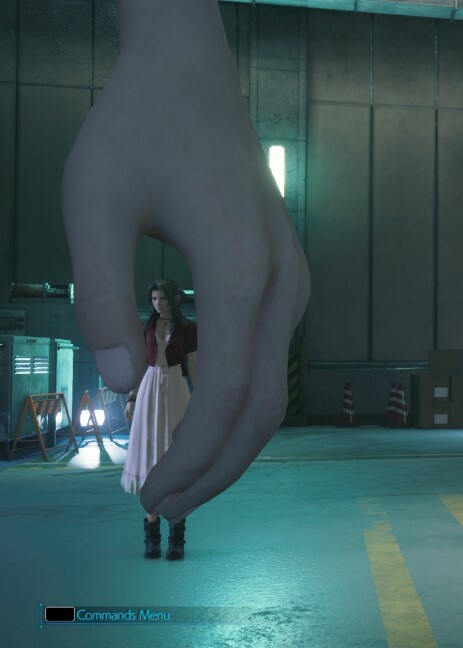 Another mod for perfecting Tifa’s complete look. After players go through the trouble to mod their Tifa’s outfit and appearance, bulky gloves can make that time a waste.

With this mod, all the game will display will be Tifa’s bare hands; make sure you aren’t using her default costume… that can make her HANDS invisible.

We also enjoy the visuals in combat. Tifa wailing on enemies with her bare fists is a fun sight. It makes her look tough as nails. 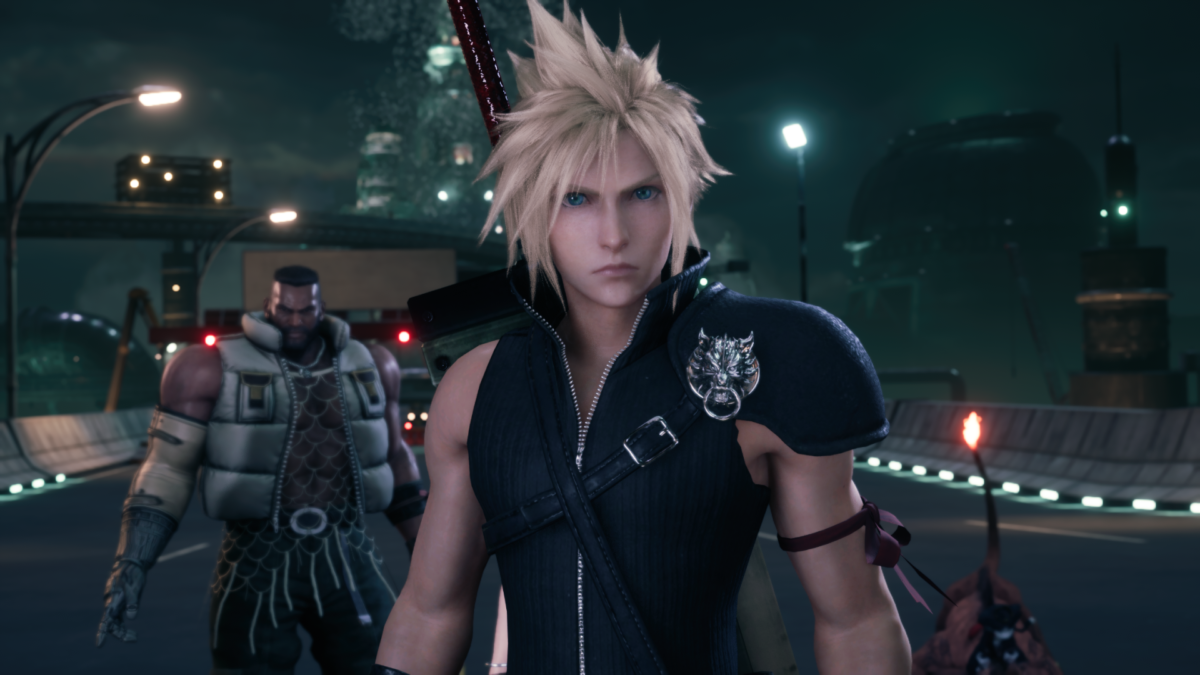 This mod adds the Advent Children Outfit for Cloud Strife into the game.

Tifa and Aerith get the majority of the mod community’s attention, but there are good looks for the boys, too!

Go give the Advent Children movie a watch if you haven’t yet. 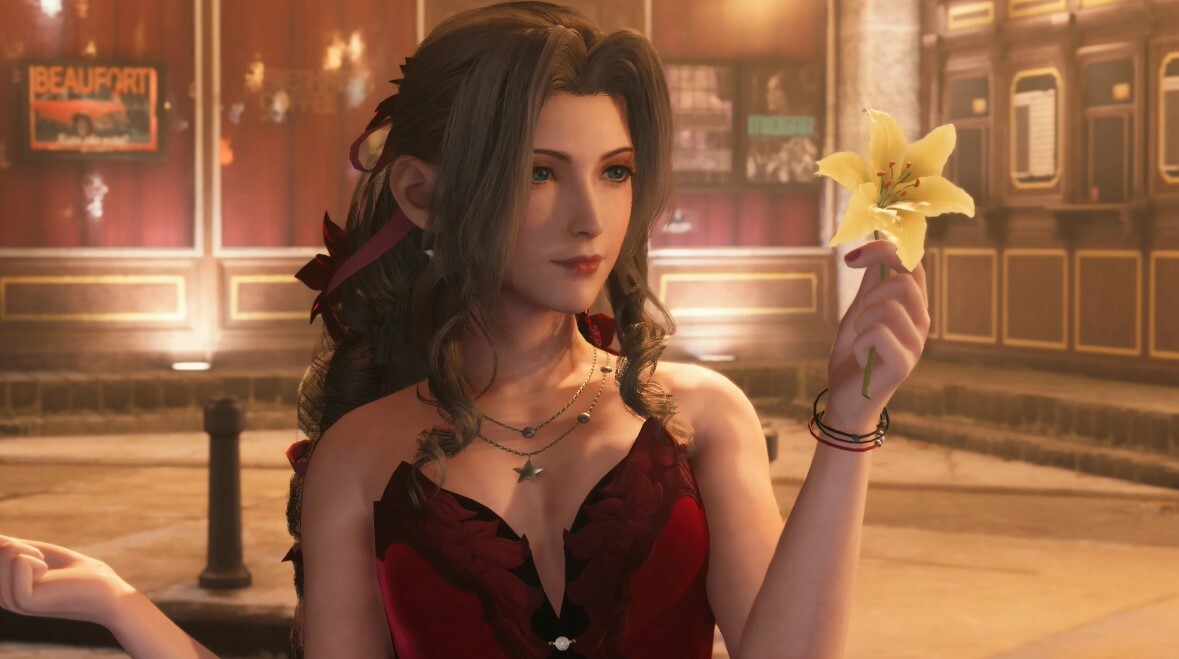 Aerith’s Fancy Red Party Dress model becomes usable for the entire duration of the FF7 Remake, not just in the relevant story scenes.

This red dress is one of the most beautiful bits of video game fashion design around. Deep reds, black accents, and a floral pattern come together to make an elegant, edgy look that looks just as good in combat as it does at a party. 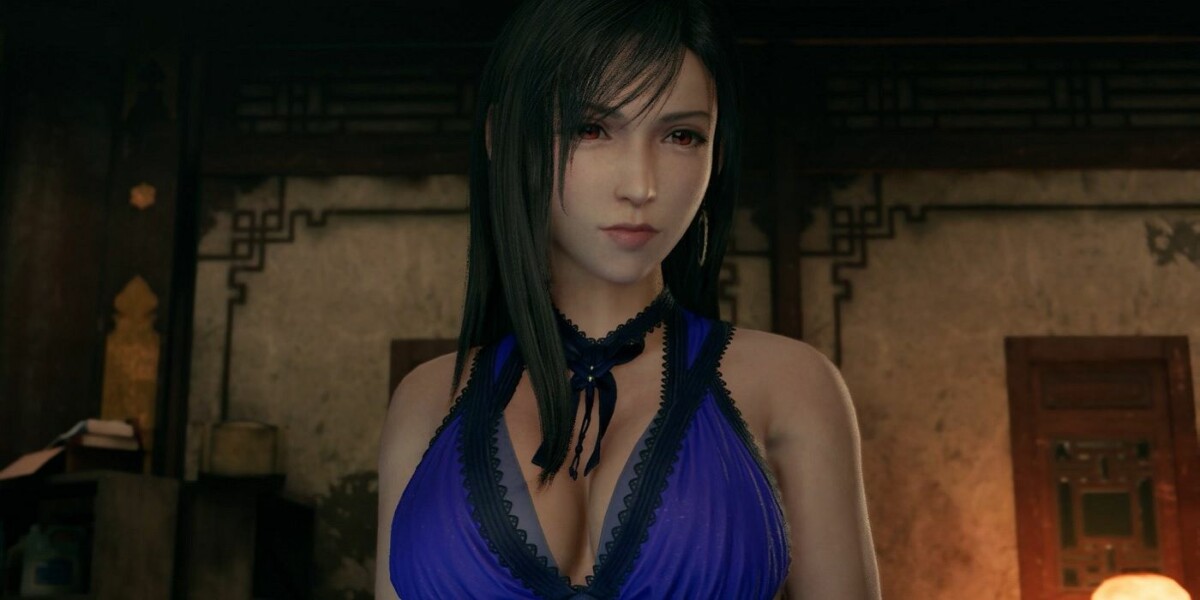 This mod adds the ability to wear Tifa’s Purple Dress throughout the entirety of the game.

Along with Aerith’s party dress, this is the other most popular mod outfit in FF7. Tifa’s medium purple dress features lace-inspired ribbon details and subtle black accents.

Seeing Tifa beat the lights out of enemies wearing a frilly frock is a thematic contrast that breathes new interest into combat. 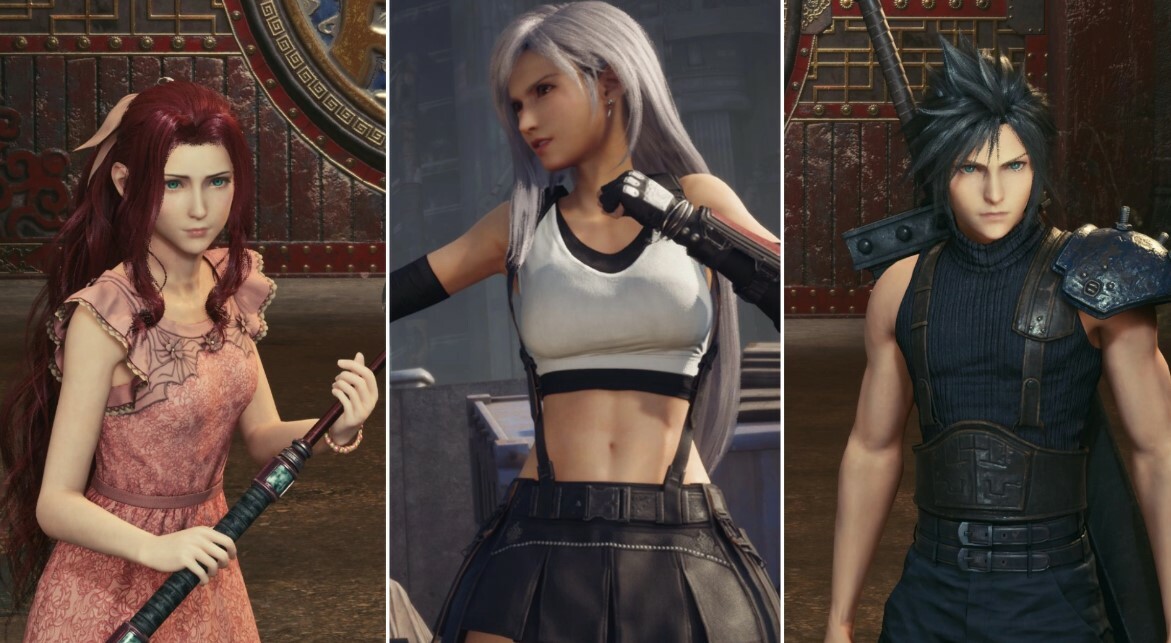 Hair Colors is a set of custom colors for the famous trio of Cloud, Aerith, and Tifa.

Customizable hair colors are the final frontier of cosmetic modding in the Remake. Players can pick from realistic hues like red, black, brown, and blonde or unnatural colors like green or pink.

Some colors do NOT suit the characters; try out some combinations to nail the style you prefer.

Our colors of choice are blonde for Aerith, white for Tifa, and rich brown for Cloud. It makes them look like a trio of anime protags.

The Buffed Star Bracelet adds additional stats and new materia slots up to a new total of 8.

A single modded piece of equipment is a subtle way to gain some power for your save file without doing anything drastic.

The fact that it is simple to remove is an added bonus, requiring no file manipulation. Just remove the gear from the character in-game through the equipment menus.

For a more tailored piece of gear, there are instructions for modifying the star bracelet in the posts section of the mod’s page. 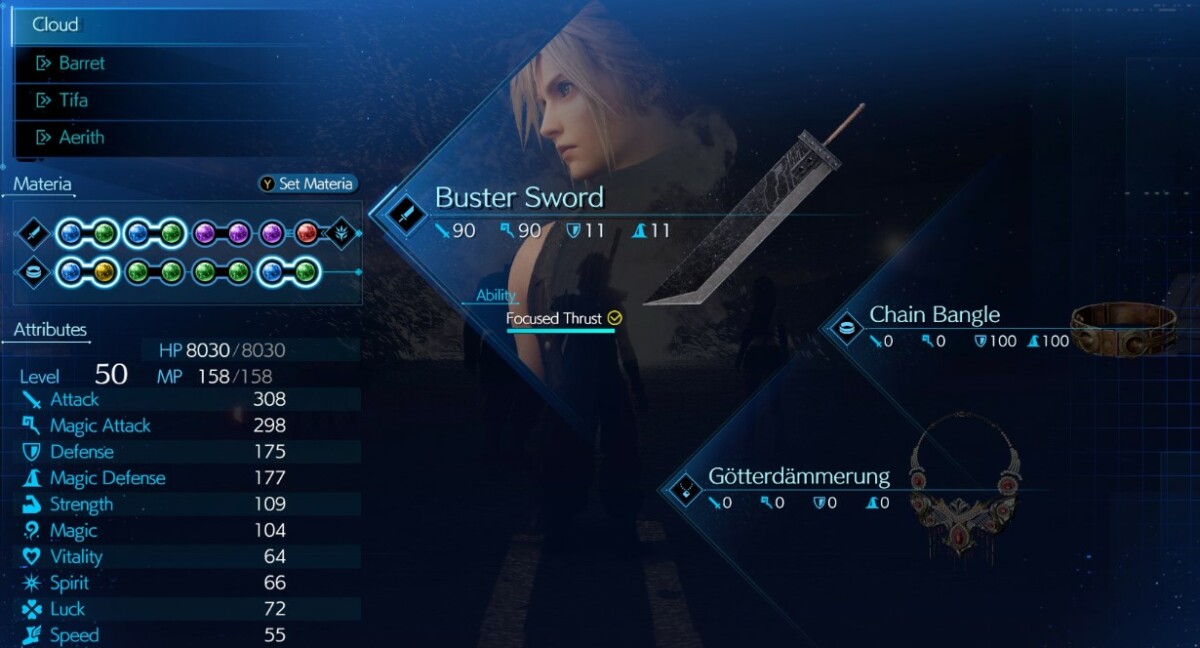 Equipment Rebalance reworks the stats and materia slots of every piece of gear in the FF7 Remake.

The main draw for this mod is the addition of materia slots. In general, each weapon receives one more slot and linked pair capacity.

To compensate for the game’s formula’s skewing towards attack, all armor saw its defense stat boosted.