Let’s get the obvious out of the way. Minecraft is the most successful video game of all time. Now, it has cross-platform versions for PC, Nintendo Switch, mobile devices, and more.

The version of the game at hand today is Minecraft PE: Bedrock Edition, the one for iOS and Android.

It isn’t easy to make Minecraft PE mods, so there are only a precious few for this version of Minecraft. Please keep reading to see the ten mods we think add the most value to MCPE.

Survival Mode can get drab with the same few kinds of chairs, benches, and beds. The addition of furniture that fits a modern style lets players design rooms that look like real places they’d want to hang out!

Not every Minecraft structure needs to be a castle or rudimentary cabin anymore. An eye for design and construction is still required, however. A mod can’t provide that. 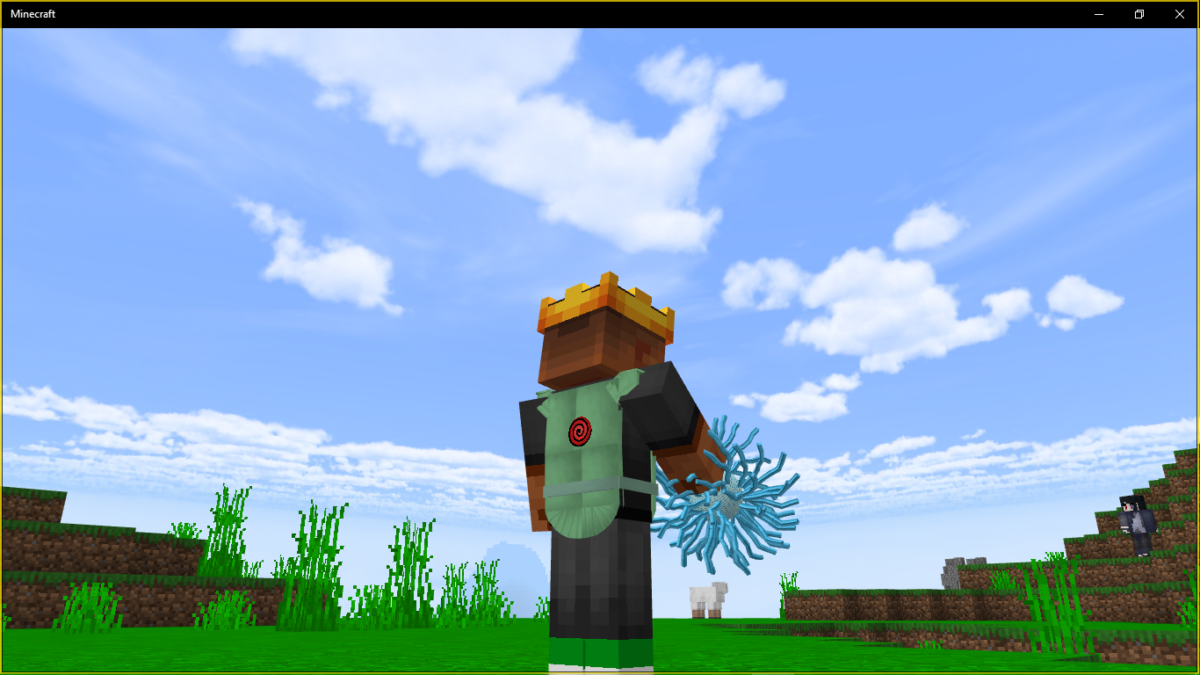 Naruto Strike is an addon for Minecraft Bedrock Edition that adds ninja Jutsu from Naruto, Shippuden, and Boruto.

They make for a stellar change of pace while fighting creepers, spiders, or skeletons.

We haven’t seen a Minecraft mod quite like this one. It’s clear that the creator loves Naruto as much as they love Minecraft. 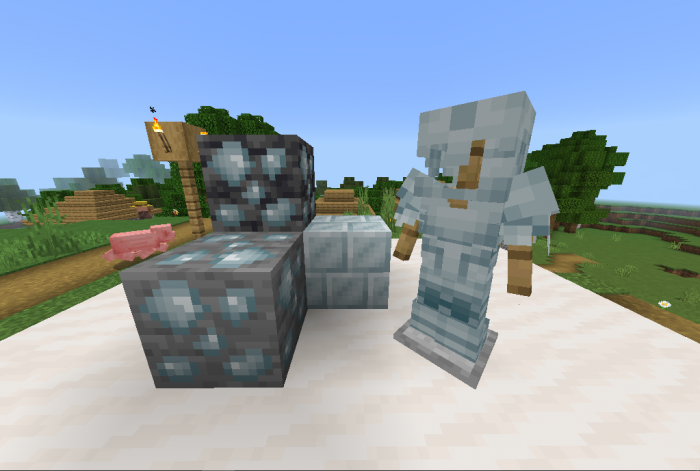 More Ores Tools is a massive mod that incorporates hundreds of custom tools, pieces of armor, and new minerals.

It’s a full-on expansion of the game, honestly. The modders at MCPEDL are not messing around.

The orichalcum armor glows in the dark, and the tin armor looks like gladiator equipment. Players will want to craft all the new gear to check out its cool appearances and unique effects.

Arath’s Guns adds a variety of firearms to Minecraft.

Creepers and spiders won’t stand a chance against assault rifles, shotguns, and missile launchers. Turn your sights against your friends in multiplayer and dominate PVP if that’s more your style.

These new weapons are crafted through the new Weapons Crafting Table. The untamed wilds of Minecraft are not prepared for the world of guns. 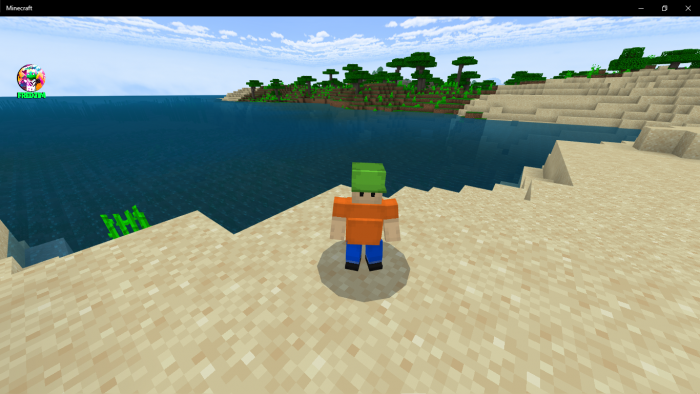 Stumble Guys gives the player the ability to summon a little NPC helper to assist in combat in Minecraft.

This short, unassuming warrior wears jeans, an orange t-shirt, and a green baseball cap. He is small but mighty. He will attack any creature that comes after you with his medium attack speed, 500 health, and seven attack power.

Players will never want to go without their NPC bodyguard ever again. 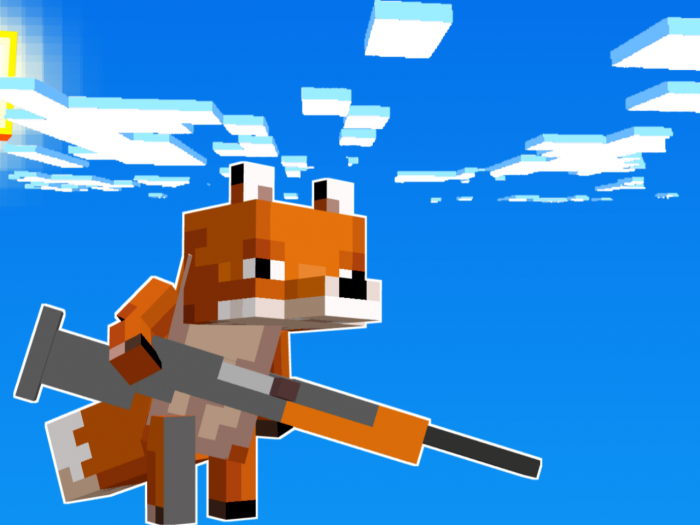 The time has come for foxes and wolves to fight back; they are no longer defenseless. Foxes can be seen wielding a sword and shield, a rifle. And rocket launchers. Wolves wield the same, plus heavy machine guns and grenade launchers.

Players can tame these armed and dangerous animals using an emerald. An animal with heavy weaponry strapped to its back is more intimidating than it sounds. 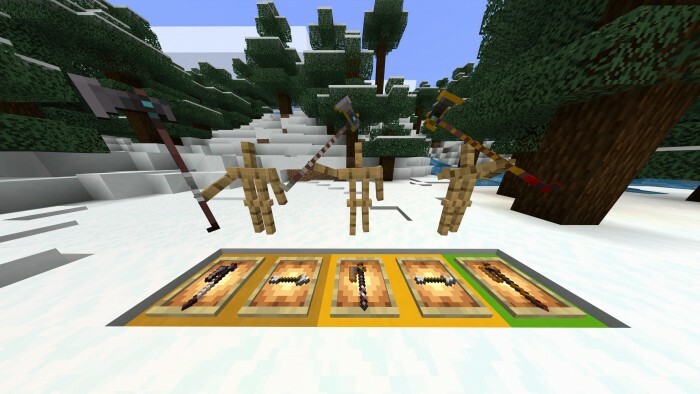 Ragnarok is a resource pack of weapons and items inspired by the God of War series.

These powerful objects were crafted for use in survival mode. Take up the Claws of Hades to slash and poison your opponents.

Give the Swords of Chaos a try and see what it’s like to be a cubed version of Kratos himself. Become the God of Minecraft!

We won’t list all of the mythical weapons to be discovered. This is another mod that was clearly made with passion. 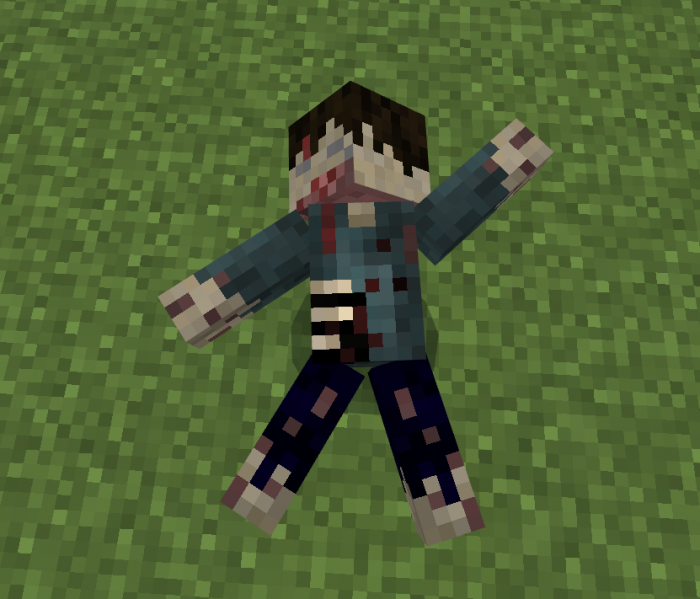 Will you survive a single night?

This modded world contains an assortment of zombies that antagonize NPCs and players alike, along with a range of new weapons to fight the undead. (More guns!)

A time-based corpse decomposition mechanic adds a nice touch to the apocalyptic horror, even if Minecraft designs can’t look too threatening.

There are dozens of custom zombie designs, new NPCs, and species of animals. Nights just got more dangerous with more than ten times the threats.

One of the most exciting additions is the Mineral Zombies. They come in different variants for different mineral types, which influence their strength and drops.

There are over ten new variants for vanilla monsters like zombies and spiders that change with the biome in which they spawned.

NB Monster Expanded adds a ton of flavor to the game, creating tons of re-playability.

All the custom biome textures make the world feel more alive than ever.

SERP Pokedrock 1 combines the worlds of Minecraft and Pokemon.

Pokedrock is complete with a combat system, a selection of Pokémon models from the Kanto dex, mounts, and an evolution system.

While you’re taking a break from mining rock and ore, go on a Weedle hunt in the forests or find a Psyduck near a river.

The world will be filled with loads of the original set of Pokémon from the 90s.

The most adventurous players can search for the three legendary bird Pokémon in different biomes at a height of 120 blocks. It feels like a new game.