Back in its original release, Dragon’s Dogma was an incredibly well-regarded RPG and still is as its community is quite active to this day.

This can especially be seen in its modding community making new outfits, alterations to vanilla assets, and general quality of life improvements to keep the game alive and keep new fans blown away.

Here, we will explore our top picks of the 21 best Dragon’s Dogma mods on the internet. Let’s get started! 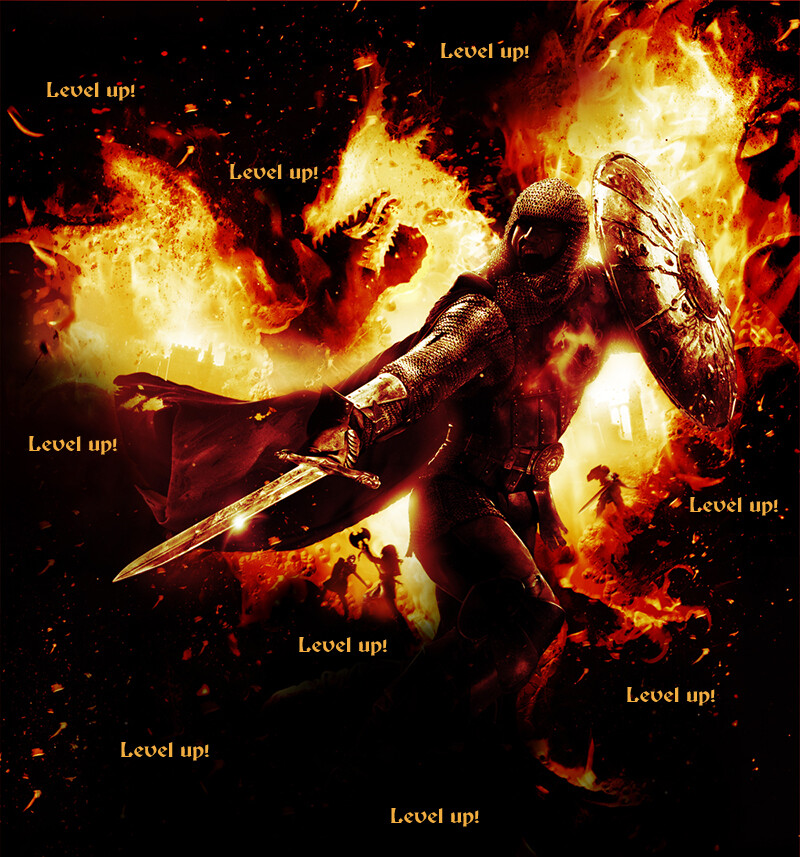 Reaching Level 200 in Dragon’s Dogma can take forever, as you would expect, right? Well, with Power Leveling, you can do just that in a bit less time.

The mod allows gamers to alter the power leveling in the game to their liking. Gamers can increase power leveling just a bit or to the point where it can be almost instantly.

Choose how fast you want to get to the end game levels with these options and fulfill your ever-growing dream of becoming a god.

No Carry Limit is a sort of cheat mod, but one created purely to provide more convenience to the player.

As the name suggests, the mod increases the carry limit of characters to 10,000, allowing gamers to pick and fill their inventory without ever needing to replace objects or items.

It’s a well-thought mod and provides an additional feature of adjusting stamina.

Players have the option to adjust the level of stamina drain during sprinting from half to almost 0. Keep them legs moving just like Forest Gump!

Something that can always suck with newer RPGs is the lack of info given to the player as to what something does.

With Augment Reference List Plus, you are given more in-depth information on what stats are and how they affect the gameplay.

This is a great way for new players to understand what you can do, especially if you’re experienced with RPGs, as most of this information will make perfect sense.

Rather than being told vague descriptions or only having half of the numbers, use the mod to gain access to vast levels of information to help make the right decisions. Remember, you need a great strategy to dominate, and for that, you need information! 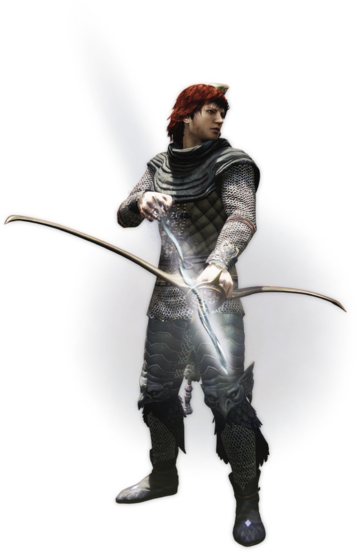 Better Hybrid Stat Growth is a mod for convenience, especially if you enjoy messing around with different vocations.

The mod was specifically made for the Magick archer to help improve the character’s stats without having to grind again.

This is important if you want to explore other vocations but don’t want to start the entire leveling experience from the start.

Save yourself time while enjoying similar growth levels like sorcerer and assassin.

Easy Clothing Inventory ID is another quality of life mod that makes picking out outfits for you and your party much quicker.

The mod highlights all the clothing items in blue to easily tell them apart from other wearable items.

The mod aims to help new players save time searching through their inventory while they get accustomed to the game. 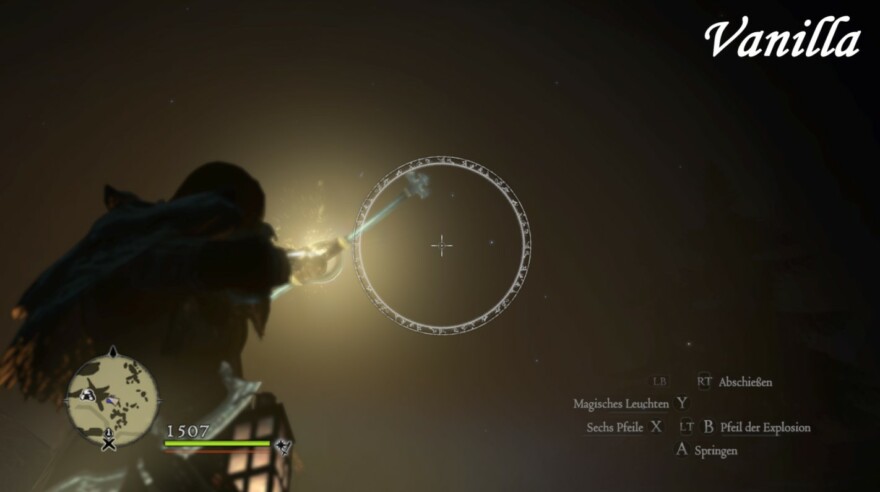 This mod’s main thing is dim the lamps and torches, helping players with visibility in darker areas as the halo light can be distracting at times.

Additionally, many reshade and ENBs recommend this as the lighting from these sources can get quite extreme, and even more so when enhanced using other mods.

DD Restyling changes up the overall look of most outfits, making them shorter, removing most of the fluttery bits on clothing.

The mod also tightens some of the other clothes while replacing full leg covering with shorts flaunting a bit of skin.

Although the clothes may seem lighter, the purpose of the mod is to reveal some skin with a modern look. 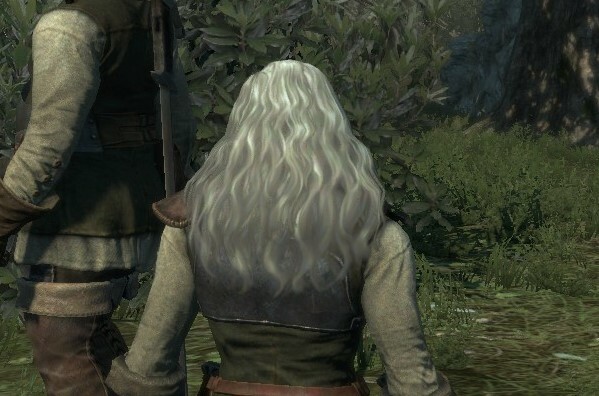 Mega Hair and Beards is a simple and nice bump up in the quality of the hairs and beards in Dragon’s Dogma as the game is quite old.

This feels up to date with today’s graphics and looks great. Besides the upscaling, the mod also improves the actual look of the hair by making them look softer.

You can now have a character that’s rocking massive beards or long hair without it sort of not looking great on a modern monitor where the high pixel count really highlights the game’s age. 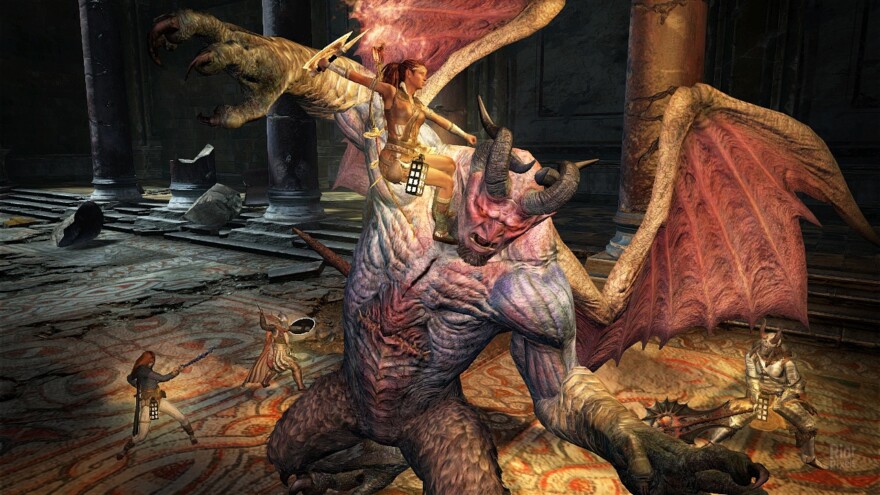 A very simple mod adjusted to look fairly natural, Jump increases the jump height in the game by 1.6x.

This was done to add fluidity to movements and make getting around easier for gamers.

Many might be concerned about the mod affecting the game, but it doesn’t break the game or reduce any immersion. It just feels natural.

For years, fanboys complained about the blurry in-game compass, revolting and simply downgrading the true quality of the game.

Community Compass Overhaul provides a better built but still vanilla-styled compass to work with any modern visuals making it sharper and easier to read.

The mod also comes with an additional Dragon Dogma’s official compass if you want to change things up a bit. 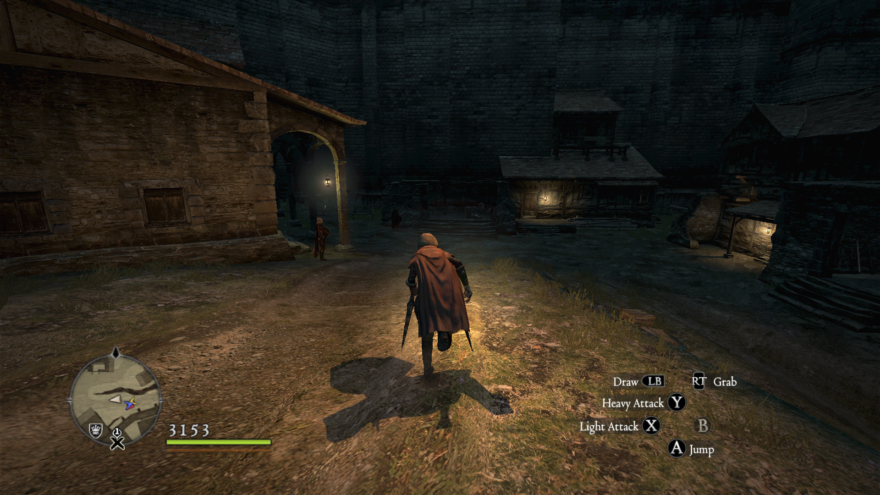 The mod looks to solve all of that, allowing for a more immersive reality in-game as you run across the world. 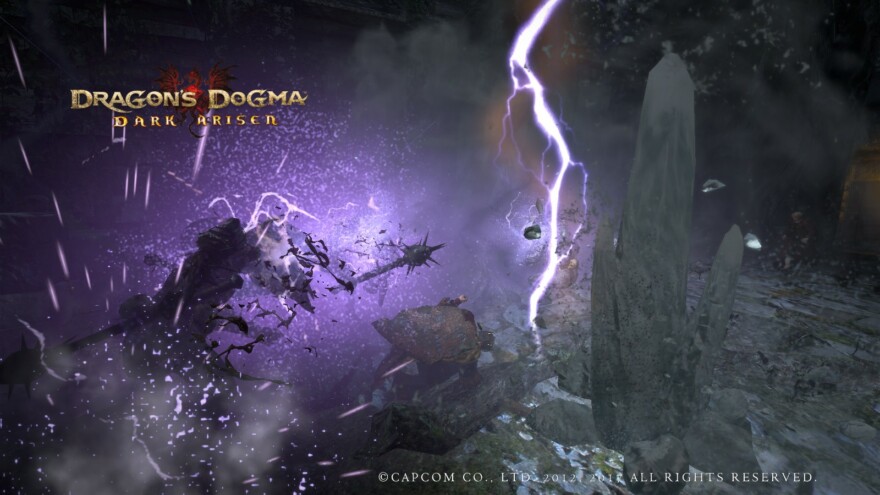 Rather than the normal riposte, counter, or feint, you instead cast an enchanter, trance, or invocation without any stamina cost or animation time to deal with.

Naturally, you have to make a perfect block for this effect, but it makes the magick shield more useful. There are also three tiers to it, the basic, high, and grand tiers. 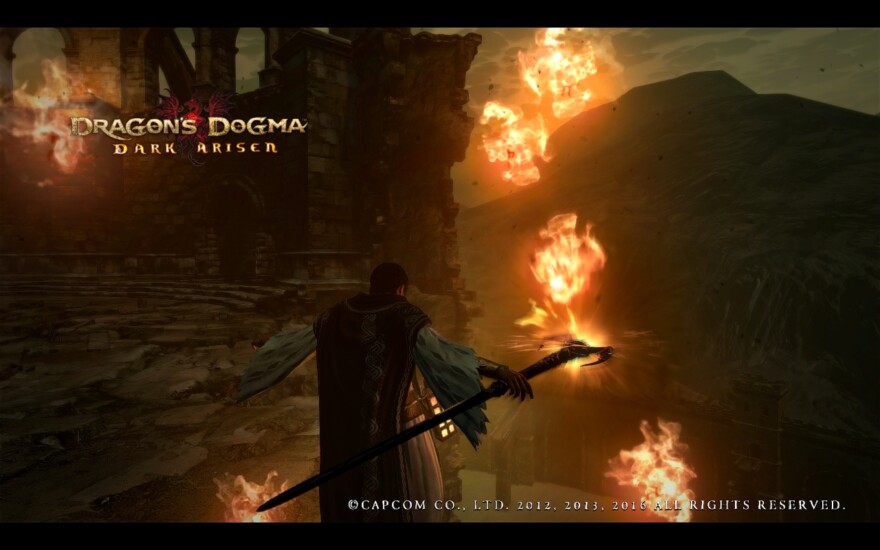 The mod adds 7 completely new spells to the game for you to play with, allowing for more diversity in combat.

Your mages feel powerful, and so do you with spells that are either new, enhanced, or prolonged. So, what are you waiting for? 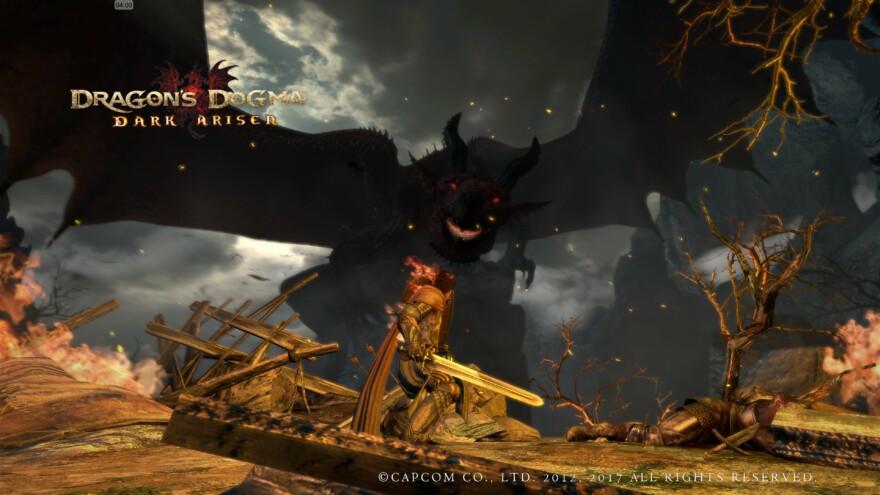 Real Steel uses real swords as a basis to enhance the textures of the swords in the vanilla game.

The mod takes pictures of real-life swords to use as a point of reference for the blades, which got further touched up and redone to blend in with the game.

Using upscaling technology, the mod digitally improves the rest of the sword, allowing for a better visual experience. 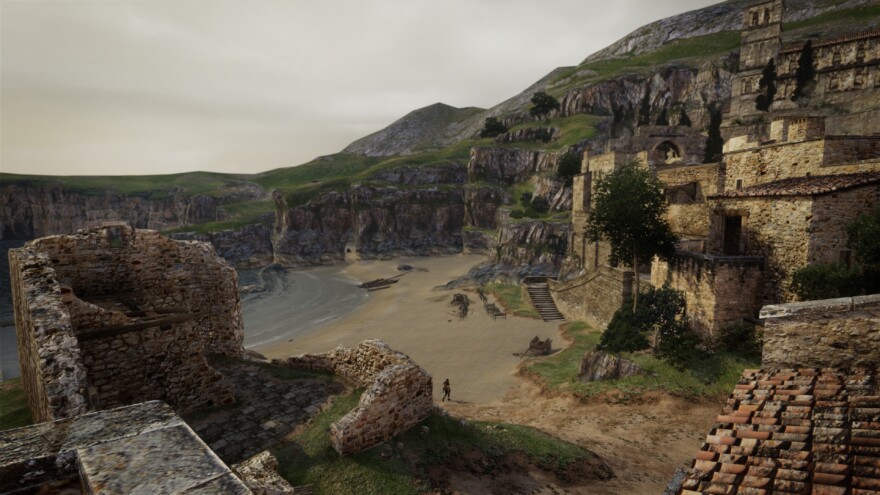 Resonant ENB tries to give Dragon’s Dogma a nice layer of “film” with its appearance as it makes all of the areas more atmospheric.

It is preset for ENBseries that gives the game a shiny and slightly bloomy look.

The blacks and darkness are accentuated as the lighting is redone to give a stronger contrast and more striking appearance.

This does make the game darker naturally, which might make some areas difficult to see in.

Another aspect of the mod is that it is very performance-friendly with any graphics card within the last 8 years being able to run it at 1080p no problem.

This mod aims to improve the game’s overall look without the typical lighting issues leading to dark areas that ENBs typically have.

Although not all flashy or artsy as several other reshades, it provides a realistic look as to what the game should look like.

If you like a more vanilla but with additional contrast and nicer-looking lighting without the big dark areas, then this mod is pretty much that. 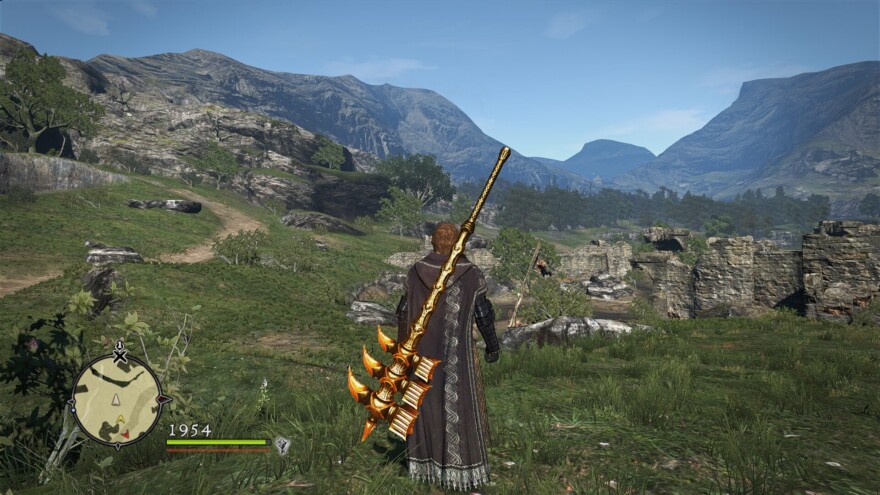 Much like the E3FX Reshade, Dark Arisen All Natural is another reshade that doesn’t use ENBs. Unlike the other reshades and ENBs seen in Dragon’s Dogma any other similar games, the mod looks to make the game more realistic visually.

There is no strong contrast or greyness, but the mod provides a balance between the two to look as much like real life as possible.

The mod makes the game super nice, bright, and bloomy, but it also takes away the moody, atmospheric environment that comes with the vanilla game. 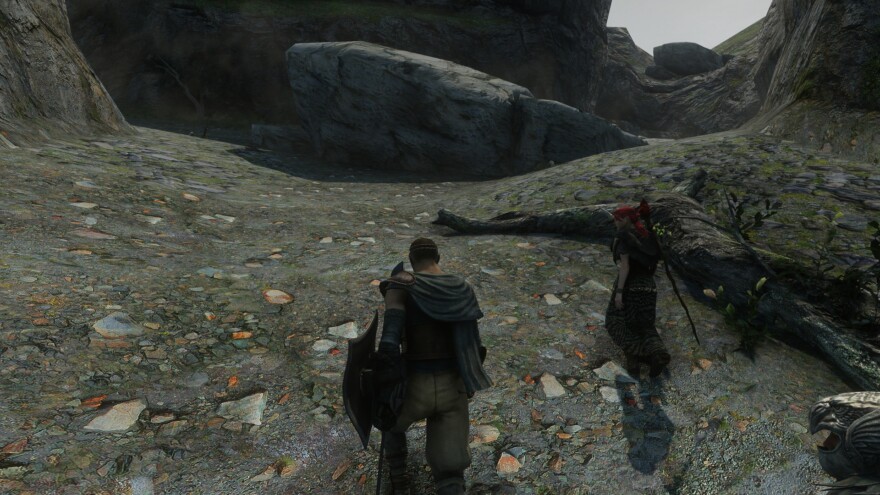 Although not a full retexture of everything in Dragon’s Dogma, Gransys Texture Improvement Project redoes the textures for the biggest things you’ll see.

This includes the landscapes and large nearby buildings.

The “redone” textures aren’t new rather just improved original textures that are made sharper and created at a higher resolution.

This texture pack is also quite performance-friendly, with any modern system being able to run it without any hiccups! 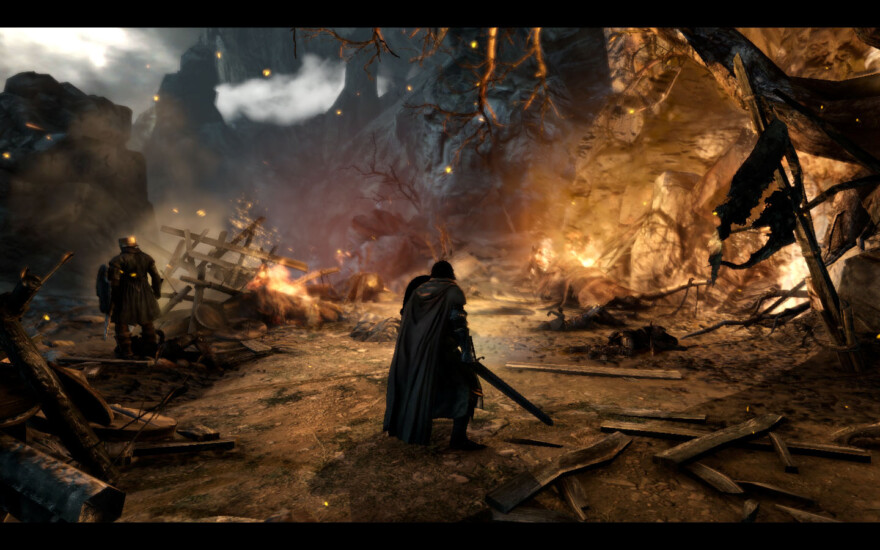 This will be essential for any ENBs you wish to use with Dragon’s Dogma. ENBseries is used by pretty much all the ENB presets available for the game.

The mod allows users to create their own preset. Make the game look how you want it to look.

More realistic, more contrast, or dimmer, you have the tools to create your fantasy world. 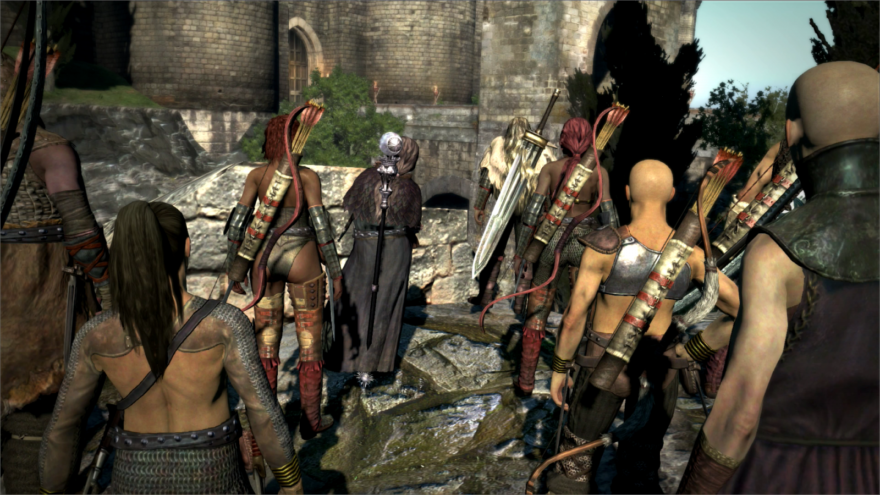 Before we get into Total Rebalance, keep in mind that you will not be able to use these pawns online with the mod. The mod ensures a difficult leveling system.

Level ups and vocation levels now have 2x or more the amount of XP needed to reach the next level.

This does sound quite bad, but in reality, it delivers a rewarding experience. Also, characters are beefed up with additional perks and stats to help make it more balanced 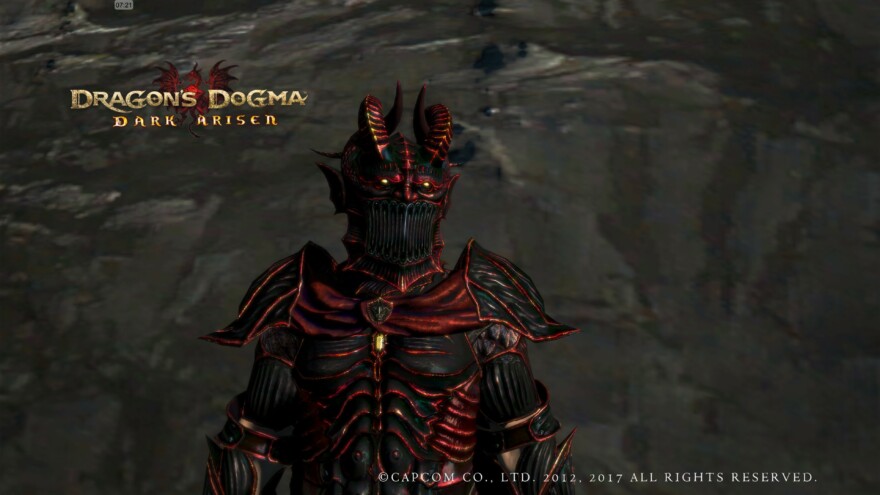 This mod is supposed to be like a following of the ultimate creation fully remastered Dragon’s Dogma. Remastering Dragon’s Dogma Sneak Peek is a mod that replaces all the textures in the game with improved versions of themselves.

The game visual upgrades are done with a fairly new upscaling technology that has made rounds in the modding community.

As the vanilla textures are pretty much “the same,” they just look much better with a quick upscale and a touchup.

The mod doesn’t take away the vanilla game experience, which many gamers crave, but it certainly ups the visuals for a completely modern experience.