Conan Exiles is a sandbox survival game set in the world of the famous Conan the Barbarian series.

Coming out as an early access title in 2017, after its full release, the community has gotten to work modding the game and bringing in new experiences, as well as tweaking old ones.

Here we’ll be taking a look at our picks for the top 10 best Conan Exiles mods, arranged in no particular order. This will include mods that add content, tweak mechanics, improve quality of life, and immersion mods. 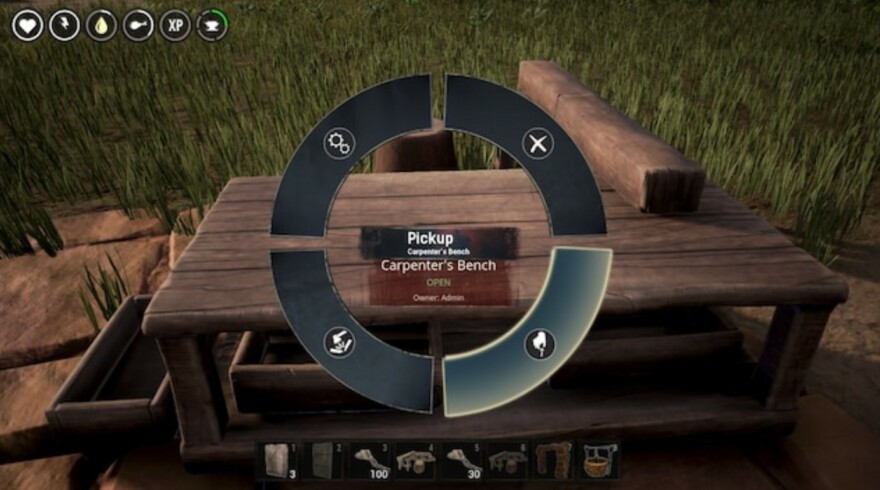 For starters, we have a very simple but very impactful mod. The devs have put a lot of work into making the building system easy to understand while maintaining a good amount of depth.

We think they did pretty well, but there are little things you wish you could do that would make the game just that much better. Pickup+ does just that.

Pickup+ is a small quality of life mod that allows you to pick up all the things that you have placed.

The mod works well with single-player and dedicated servers, however, there is no option for thrall pickups as of yet. 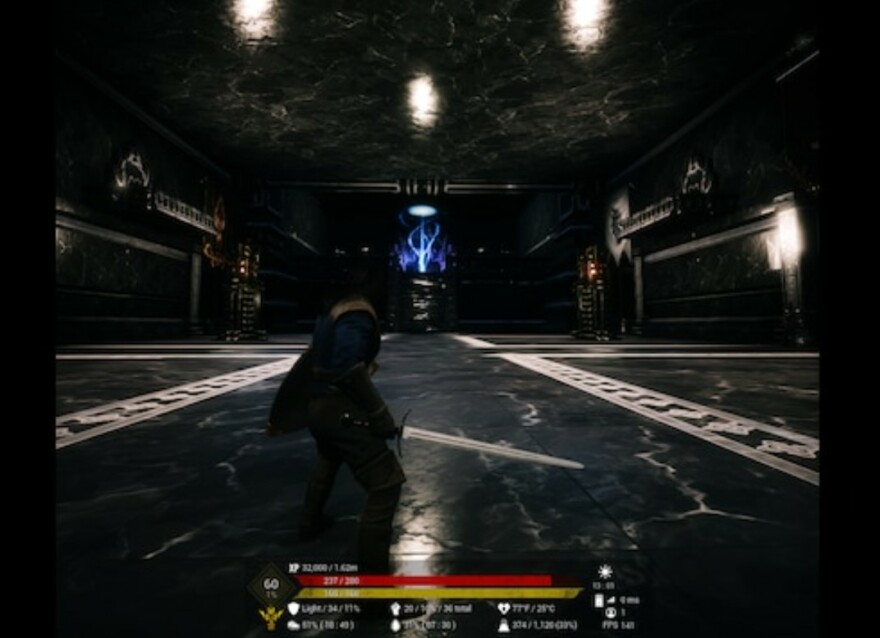 This next mod looks to add some added customizability to your game. Hosav’s Custom UI Mod is a mod that allows you to tweak the game’s User Interface to set it exactly how you want it to be.

The mod includes over 50 different options for you to change and customize. The likes of Black Desert Online inspire the base look of the mod’s UI.

If you are using this with other UI mods, it is recommended to place this lower in your load order for the best results.

With so much customization available, it’s only fair that you give it a decent amount of time to play around with the user interface and see what works well for you. 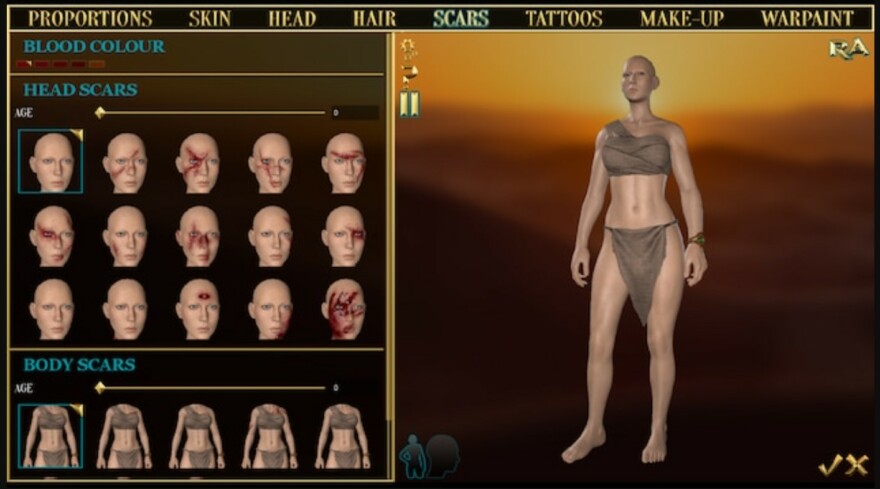 Another big draw to Conan Exiles, besides the survival mechanics and the freedom to explore, is the potential for roleplaying. To help you with the visual aspect of that, we have RA: Character Customisation.

Players can edit hair, eyebrows, skin tattoos, and more with multiple options in each of these categories.

Create the character that you always dreamed about! 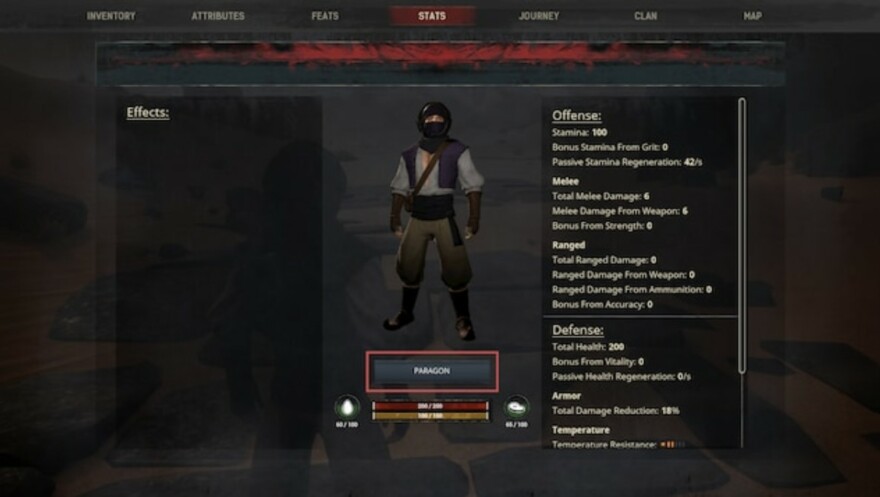 Next, we have Kerozards Paragon Leveling – Reloaded, an updated version of the original from mod author Kerozard.

The mod is a leveling overhaul that increases the level range up to level 300.

Aside from this, every level past 60 grants additional feat and attribute points. Players even get paragon buffs as they continue getting stronger.

Each paragon bonus is available every 10 levels after level 70. This makes playing the game interesting and competitive, perfect for all the fanboys out there. 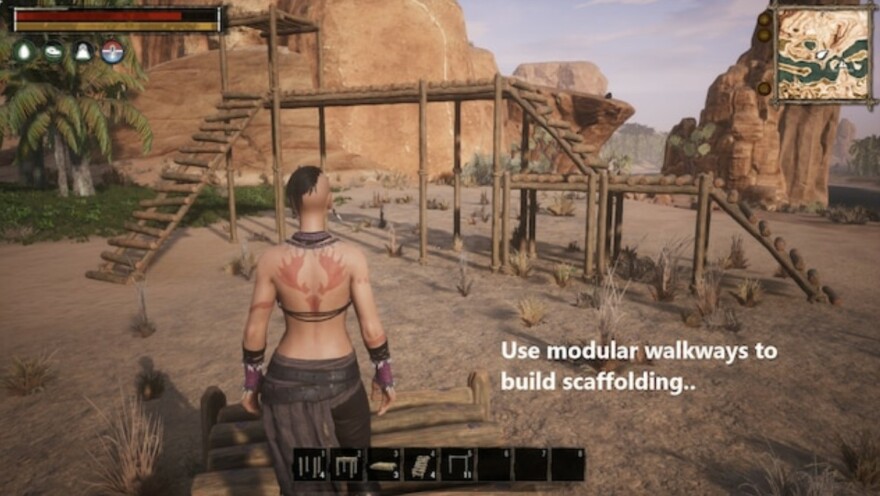 Conan Exiles has a pretty cool building system with some physics and gravity, meaning that you can’t build Minecraft-style floating structures.

To enhance the somewhat more grounded and realistic feel, we have the mod Exile Architect.

This mod adds a set of buildable scaffolds, bridges, and mason lines to give you some assistance in your grand construction projects. Or just your little hut if you prefer a simplistic lifestyle. 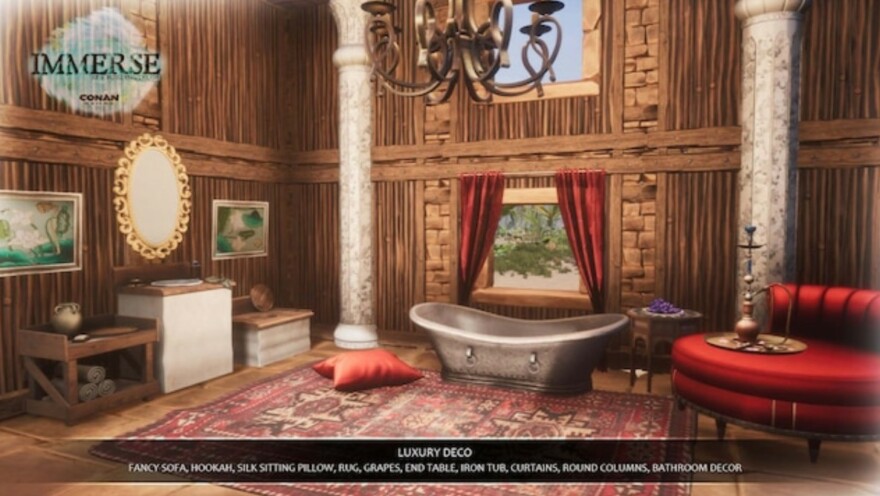 Now that we’ve covered some nice RP cosmetics for your character and building mods, how about we combine those with the mod IMMERSE RP: Buildings & Placeables Deco.

Add over 400 new placeable objects to the game with this mod to help you spruce up your base and world. And the objects it adds aren’t just for show, many of them are actually functional!

The mod also adds new crafting materials and food objects for you to discover.

To relax after a long day, you can have paintings and décor items to make your base feel like home or sheesha, tobacco, or hemp. 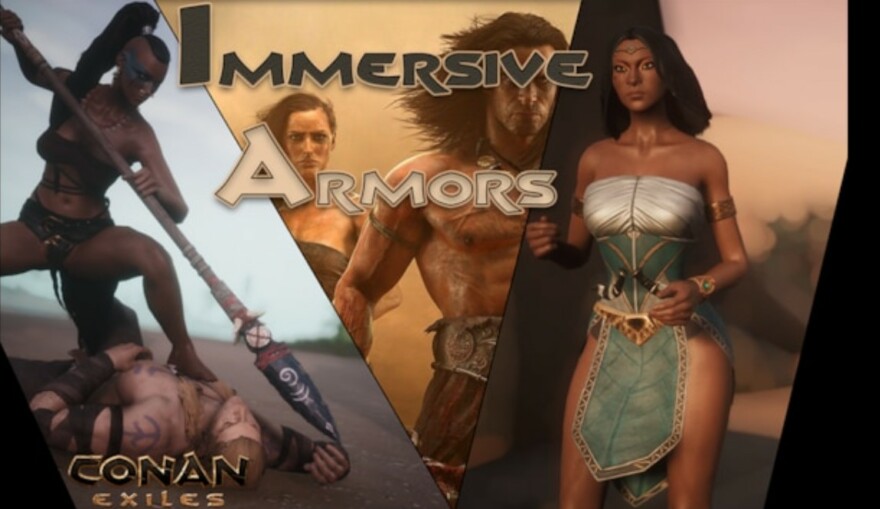 It’s time to complete your Hyborian warrior look with the mod Immersive Armor.

This mod is a content mod that adds an incredible 400 new wearable items to the game, ranging from armor, weapons to new jewelry and accessories.

The mod borrows the accessory wardrobe system created by whiskey, allowing a whole new level of customization for your characters!

All the armors, weapons, and accessories included stay aesthetically consistent with the game and Conan lore. You must check this one out! 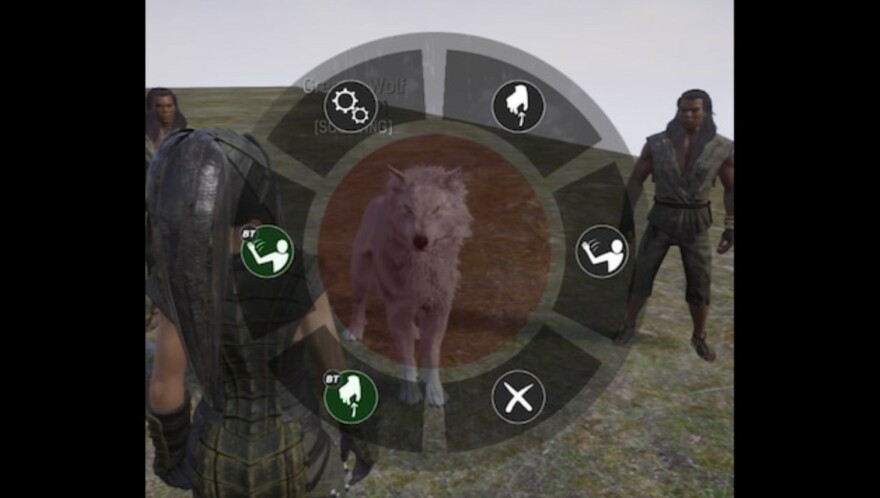 Another important system in Conan Exiles is the thrall system. So if you ever thought your thralls weren’t good enough, then this is the mod for you.

Better Thralls is a mod that adds some quality of life functionality to the thralls in the game.

Some of the features include the ability to pick up your thralls if inventory is empty, additional followers (up to 10!), XP sharing between you and your followers, a new thrall type that takes care of your lighting in your base, and much more. 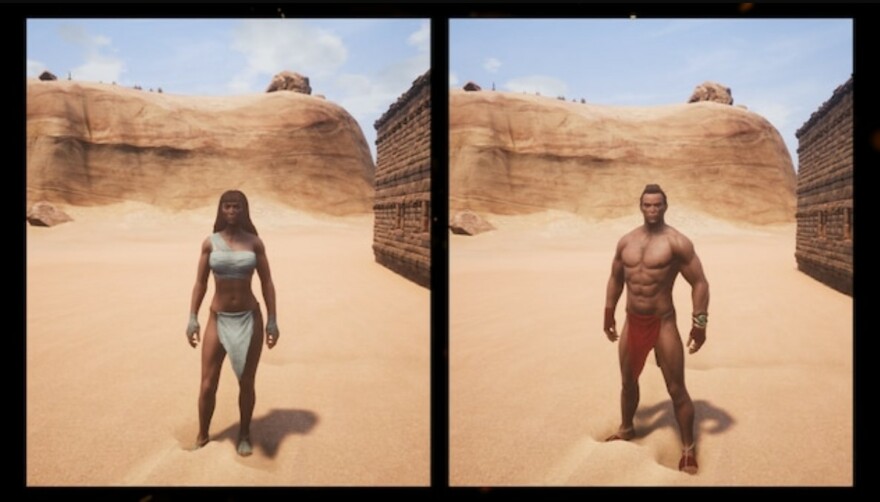 Emberlight is a content mod aimed at adding depth to the world and roleplay.

Some of the things included in the mod are new food, new placeable objects, new weapons and armor, custom thralls (can be found with recipes for the new Emberlight weapons and armor), a painting system for buildings, present color themes, and a whole host of quality of life tweaks.

You can even consider cohabitation with bindable bed pillows. Yep it’s possible! 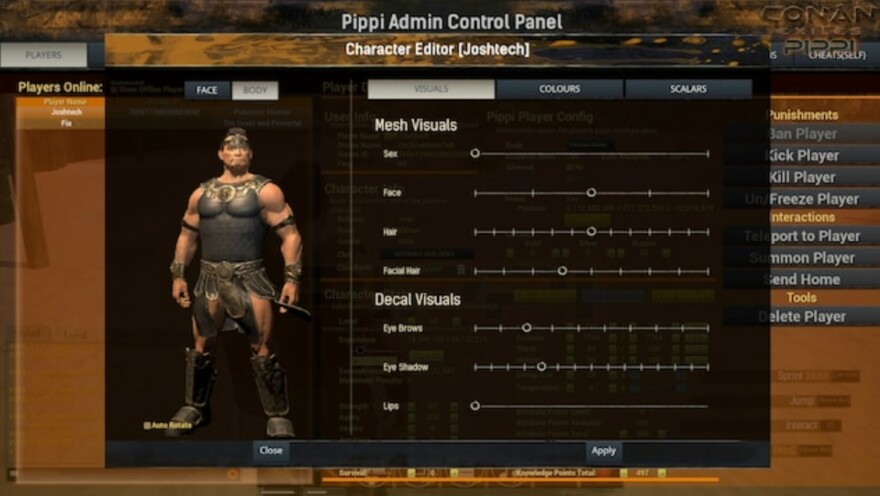 One of the great things about Conan Exiles is that although you can experience what it has to offer alone, you also have the option to hop onto a server and play online with other people! This mod on our list is for that.

Pippi – User & Server Management is a mod that adds server-side tools and commands for admins to help streamline the maintenance of their server and moderating of their communities.

Some of the features include adding moderators with restricted access to the admin panel, establishing fast travel points, a new chat system, and much more.