The Hearts of Iron franchise is a cornerstone of Paradox Interactive’s grand strategy games. Released back in 2016, the game takes players back to the most destructive war in human history, World War 2.

It lets players take control of a nation and leading them into the war, controlling your nation’s economy, politics, military, and diplomatic relations. 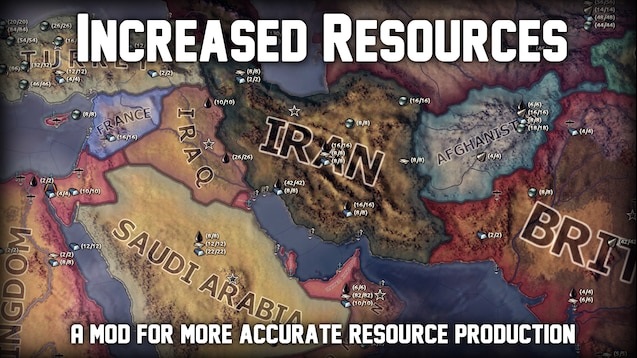 Just as the title states, the Increased Resources mod adds more resources to the base game.The creator of the mod specifies that most of these increases are more notable outside of Europe in-game.

This is meant to make minor countries and nations more enjoyable for players, with the most notable changes being found in Africa, Australia, China, South America, and the Middle East.

These areas have been altered to provide more resources to the player to work with. For example, Africa no longer only offers sticks and stones, making Africa more useful in-game.

This mod is great for any player, but every player needs to have this mod in order to use it in multiplayer mode. 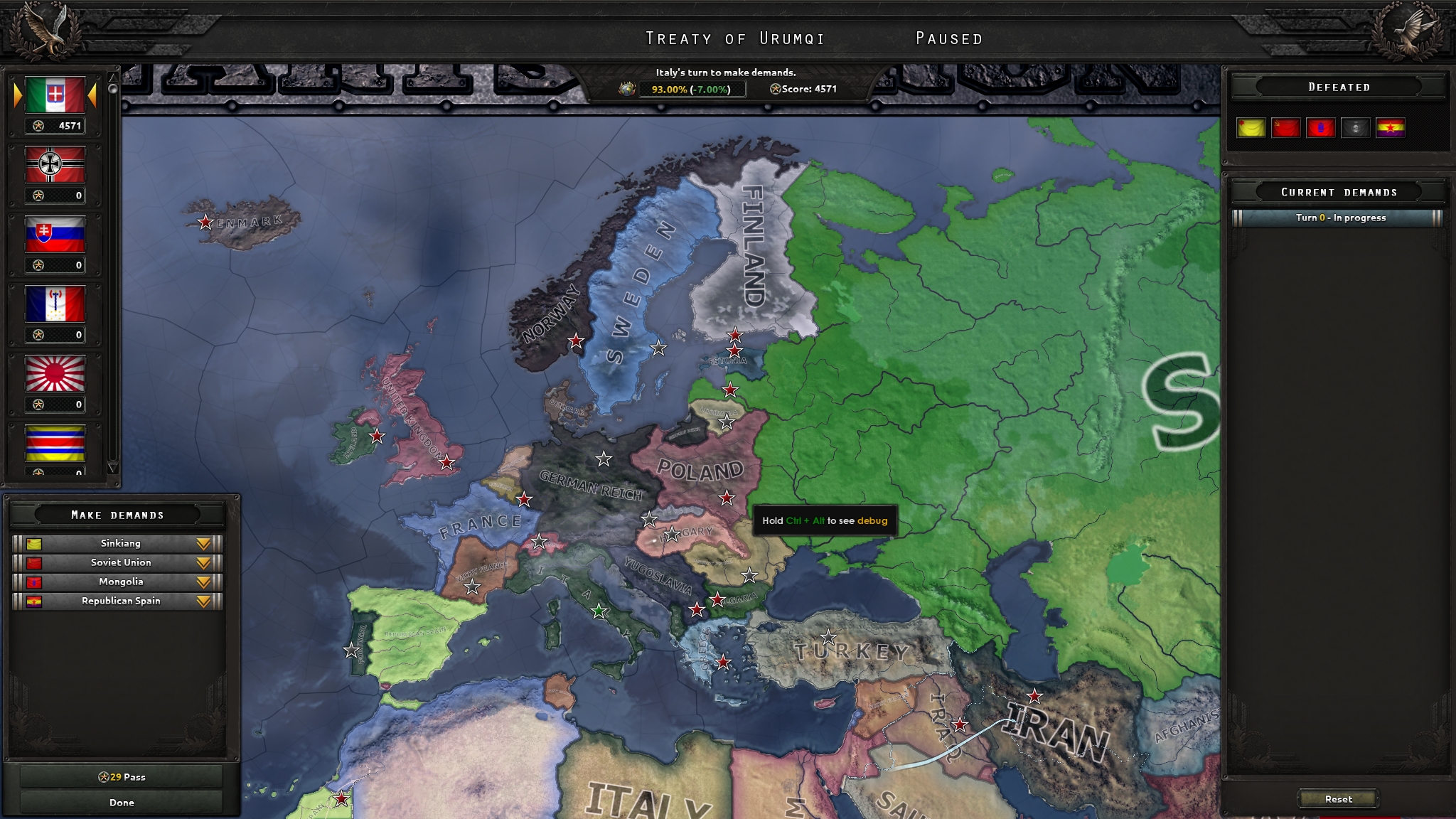 This is a beloved mod that offers more control over peace talk during war in-game. The Player-Led Peace Conference mod provides the player will full, direct control over the peace discussion proceedings, which allows the player to distribute territory to allies.

Nothing else is changed aside from the peace conference AI, and the mod is compatible with multiple other mods.

There are a few limitations to the mod currently, such as being unable to give puppets to allies and that this mod is not ironman compatible, but the Peace Conference mod has been recently updated, so be sure to check back for future updates. 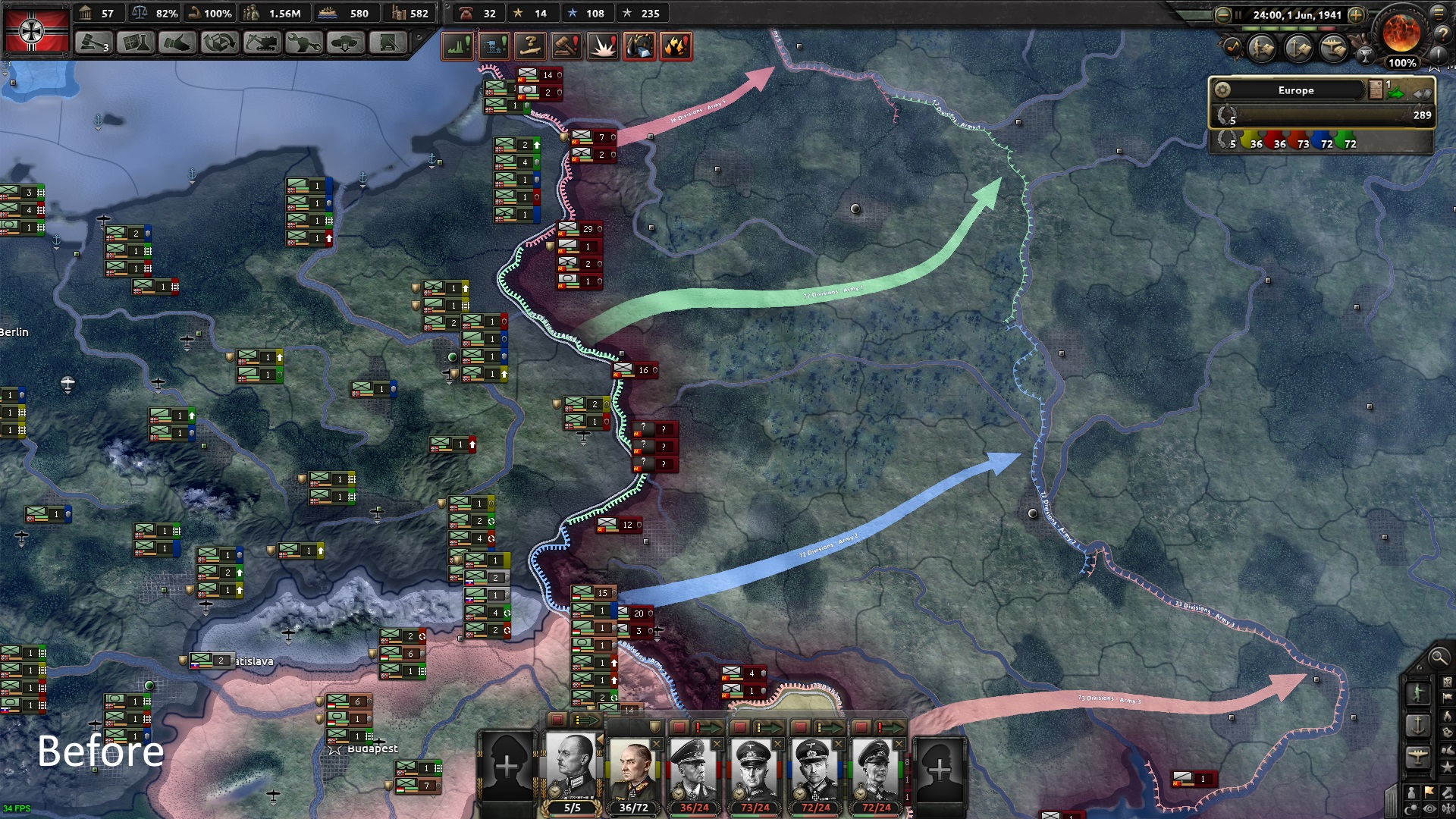 This mod makes many subtle visual changes to make the game a bit more user-friendly.

The Strategic View Adjustments mod focuses on modifying the UI in Hearts of Iron 4, including collapsible counters, recolored icons, and overall improved visibility.

This mod is great for those who find themselves wanting slight improvements that make the game more visually sound and accessible. This mod also changes some font sizes, colors, and layouts, but it is not achievement compatible.

If you want this mod to be multiplayer compatible, everyone will need to download the mod, but there is also a newer version that is achievement compatible and more multiplayer friendly. 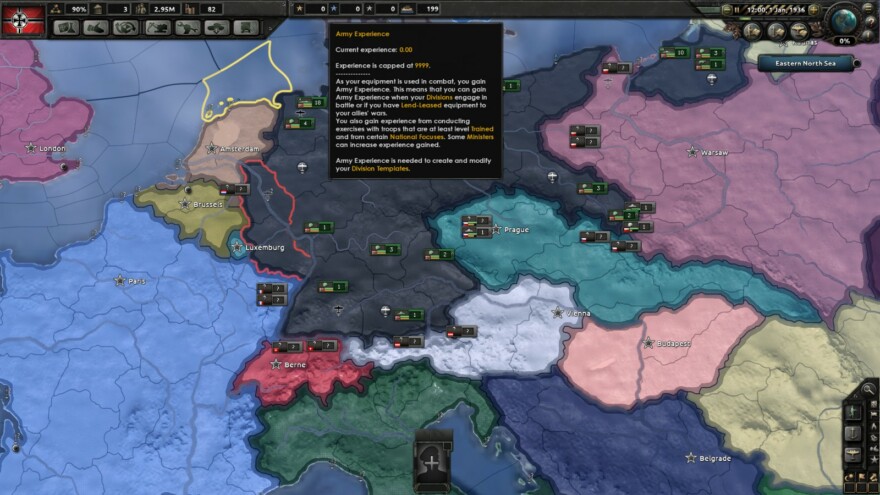 It is very important when modding a game to be able to troubleshoot the mod and its features. This usually takes a lot of work and requires that you use console commands to test all the features.

But with Cheat Mod for HoI4, you can edit all the things you need, either for troubleshooting or for actually playing. The mod is a cheat mod that has several features to let you tweak stats in in-game.

This next one is self-explanatory. State Transfer Tool is a mod that allows you to transfer states between countries.

The mod lets you tidy up your borders and make strategic decisions with your territories. 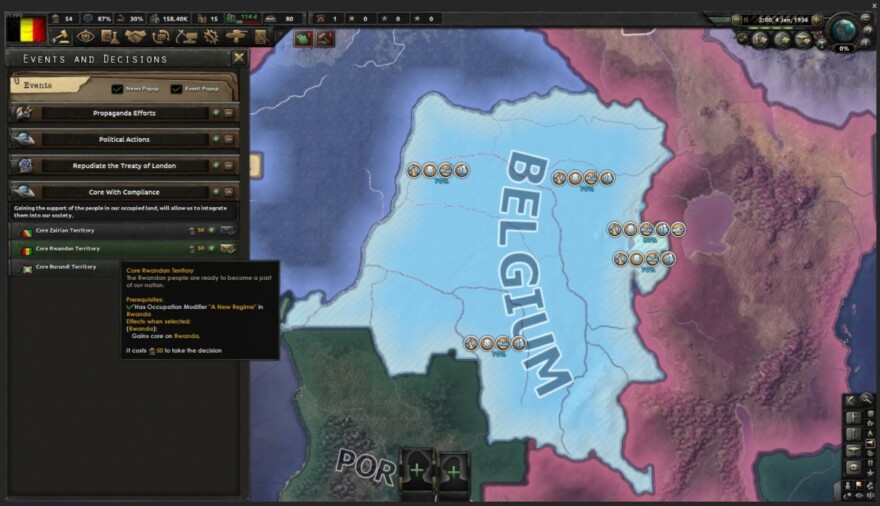 Another mechanic that exists in HOI4 is the core states. These are states that are considered as the core territories of your nation and where you will draw most of your manpower.

This system adds depth to the game but is a bit of a handicap to low population nations. Core with Compliance looks to alleviate that somewhat.

The mod adds a decision to make occupied territories core states if their Compliance is high enough.

It gives you a way to increase your manpower pool without making it free, ensuring that the challenging element remains. 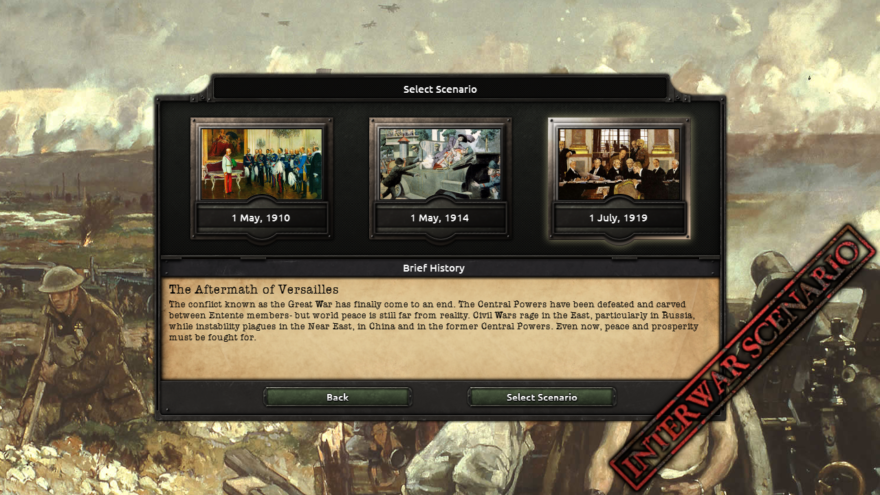 Games like HOI4 let you try to relive or even rewrite history as a nation while it unfolds before you.

HOI4 takes you to the interwar and WW2 periods, but you can use mods to take you to other timelines.

One of these mods is Hearts of Iron IV: The Great War. This mod is a complete overhaul mod that brings to life the world of the early 20th century and the inevitable breakout of the Great War.

The start year in the mod is moved to 1910, and the mod features improved AI and new ideologies to reflect the realities of the time. 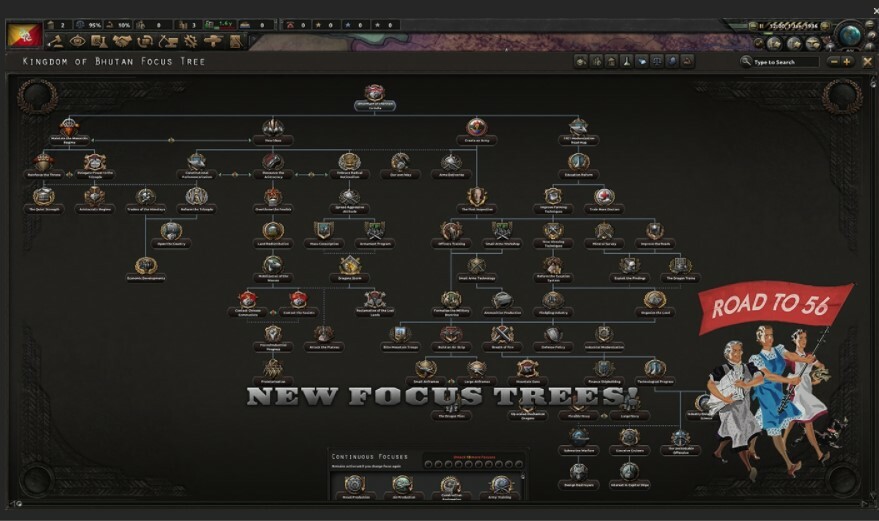 This next mod is more of an expansion to the vanilla HOI4 experience. Road to 56 is a DLC-sized content mod that extends the timeline to 1956.

This includes a massively expanded technology tree and large, branching alternate history paths for many of the countries in the game. It also features many new units to fight across this new era. 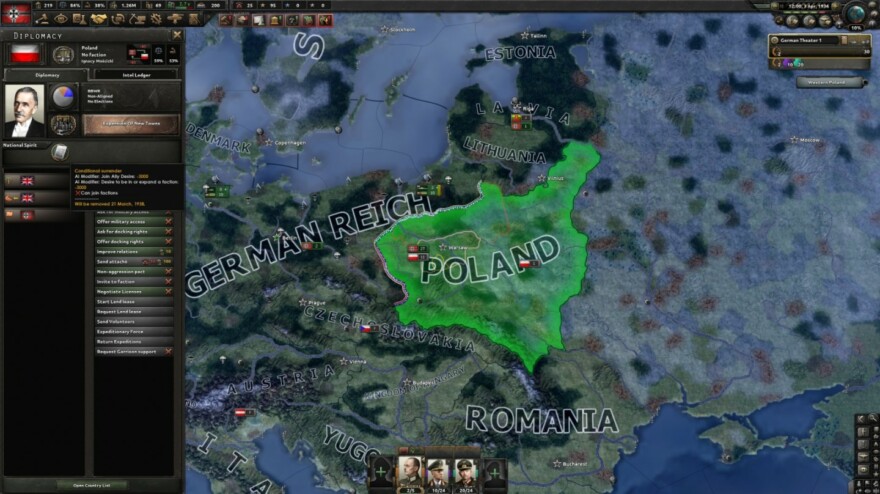 Hearts of Iron 4 is a deep game with deep systems, but sometimes it misses the mark in some areas. One of these is the system of negotiating peace.

Peace Deals is a mod that adds an alternative option for offering peace deals to nations you are at war with without making them capitulate to you first.

This allows you to offer and accept conditional surrenders and create peace deals in a similar style to Europa Universalis 4. 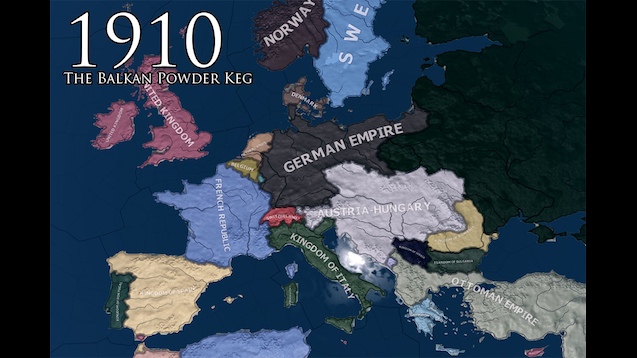 Endsieg: Ultimate Victory is an overhaul mod that provides several different scenarios. The game starts from the lead-up to the First World War to the end of the Second World War. 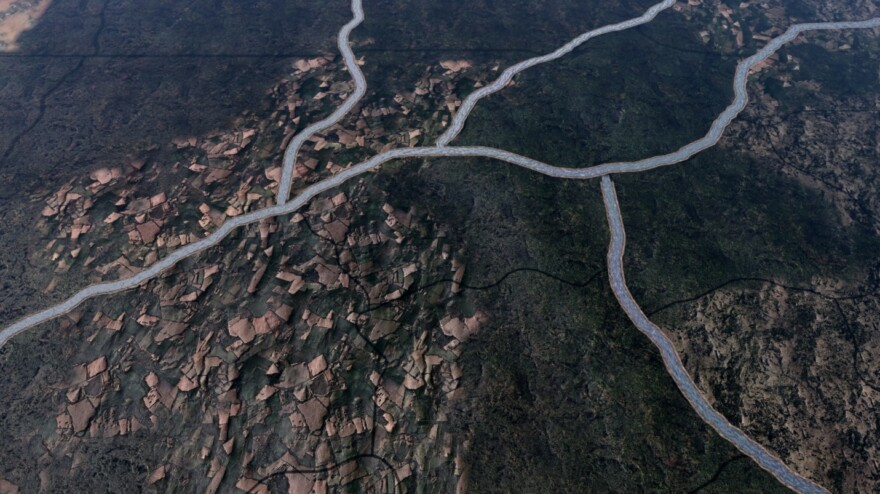 In a Grand strategy game like Hearts of Iron, much of your time is spent staring at the map.

This can get a little monotonous after a while. One way to make it a little nicer on the eyes is a graphics mod!

HOI4 – Texture Overhaul – Terrain is a texture overhaul mod that adds completely new, high-quality textures and normal maps for the terrain in HOI4.

The mod is highly optimized, so you should see minimal if any performance loss while running these new and improved textures. 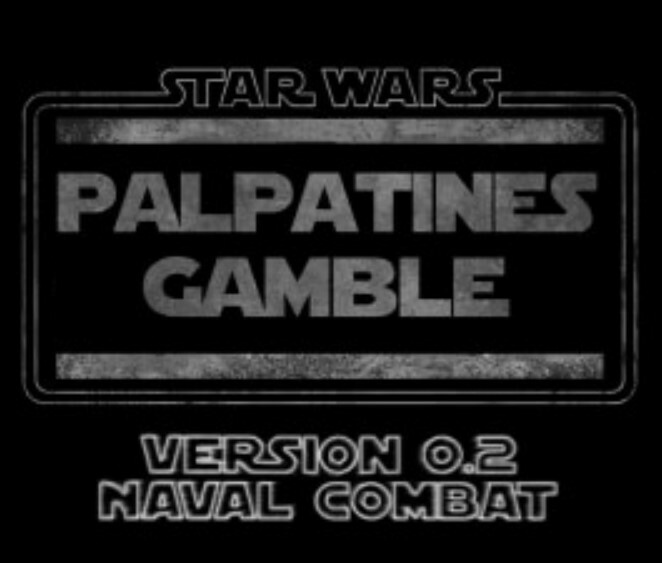 There are a lot of historical mods for HOI4, but there are also mods that bring the game into alternate universes or even completely fictional ones.

Star Wars: Palpatine’s Gamble is a total conversion mod that brings HOI4 to the Star Wars galaxy during the turbulent period of the Clone Wars and the last years of the Old Republic.

This includes many new mechanics like a galactic marketplace, corporations, the galactic senate, and many more. 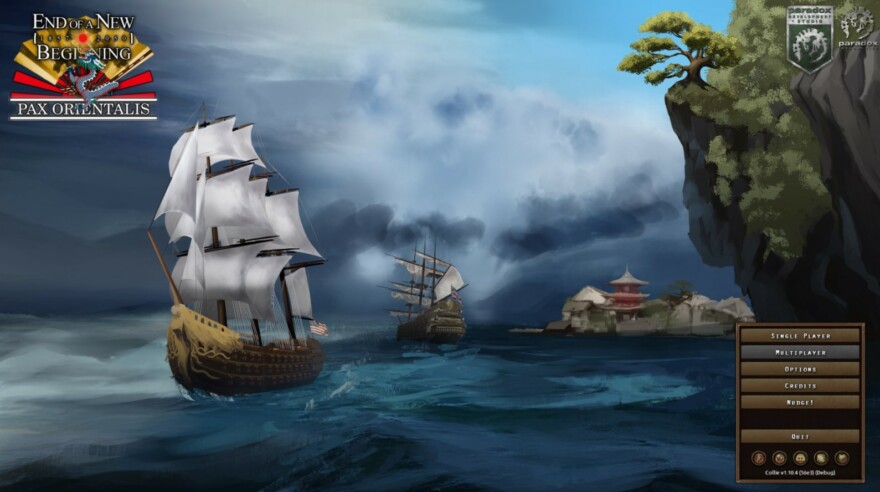 End of a New Beginning is a mod that overhauls HOI4 to cover the timelines between the Victorian period and the modern era.

Extending the game time out allows you to make more long-term plans and perhaps even have grand aspirations to take over the world.

The mod thus offers you, the player, new ideologies, mechanics, focus trees, and technologies, among other things. In addition, it helps bring the centuries of human history to life for you to play in. 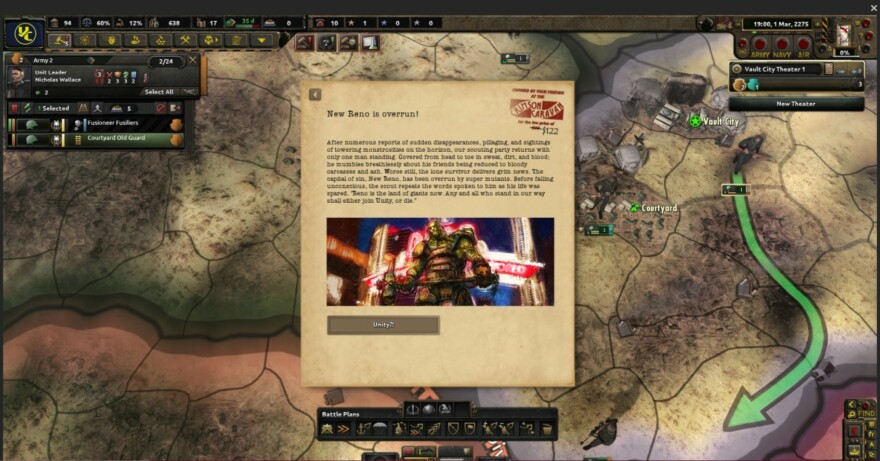 A very popular fictional world that many gamers are familiar with is the post-nuclear wastelands of Fallout.

In Old World Blues: Legacy, you can see the wastelands of the former United States from a whole new perspective, as one of its significant factions, vying for control of the remnants of the old world.

This mod is a total overhaul mod that brings to life the world of Fallout in HOI4. It covers a new custom map of North America filled with the factions and nations of the Fallout games.

It also includes technologies, events, units, and of course, models to bring the Fallout world to life. 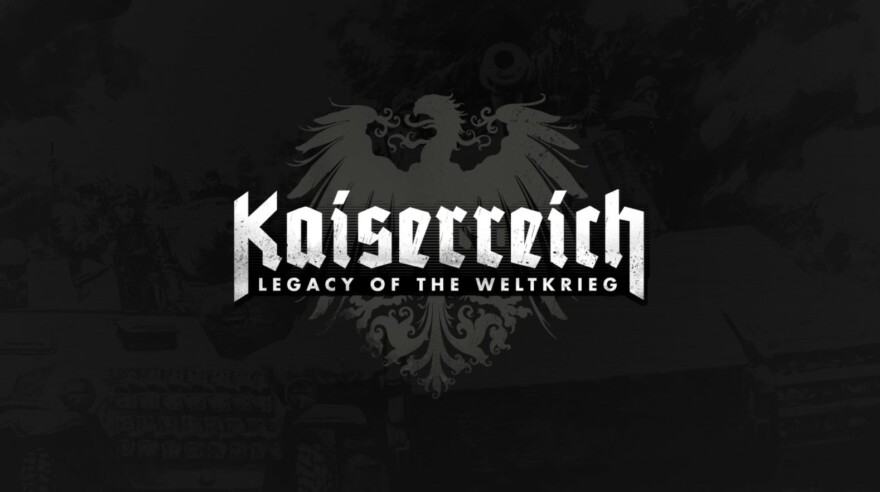 Kaiserreich has to be one of the most popular and iconic mods for HOI4. Kaiserreich’s legacy of the weltkrieg is a total overhaul mod for HOI4 based on an alternative history scenario where the German Empire won the first world war.

Originally conceived in 2005, Kaiserreich is the most in-depth alternate history mod for Hearts of Iron, It has thousands of unique events, graphics, countries, and mechanics.

The mod lets you experience a fresh new take on world history and perhaps even rewrite it yourself!