Arma 3 is still the biggest military simulator game even after 8 years due to both the established fanbase and the very active modding community.

Many of these mods offer new scenarios to play through, new maps, new weapons, vehicles, and gear, and even completely new ways to play the game.

Here are our picks for the top 10 best Arma 3 mods. 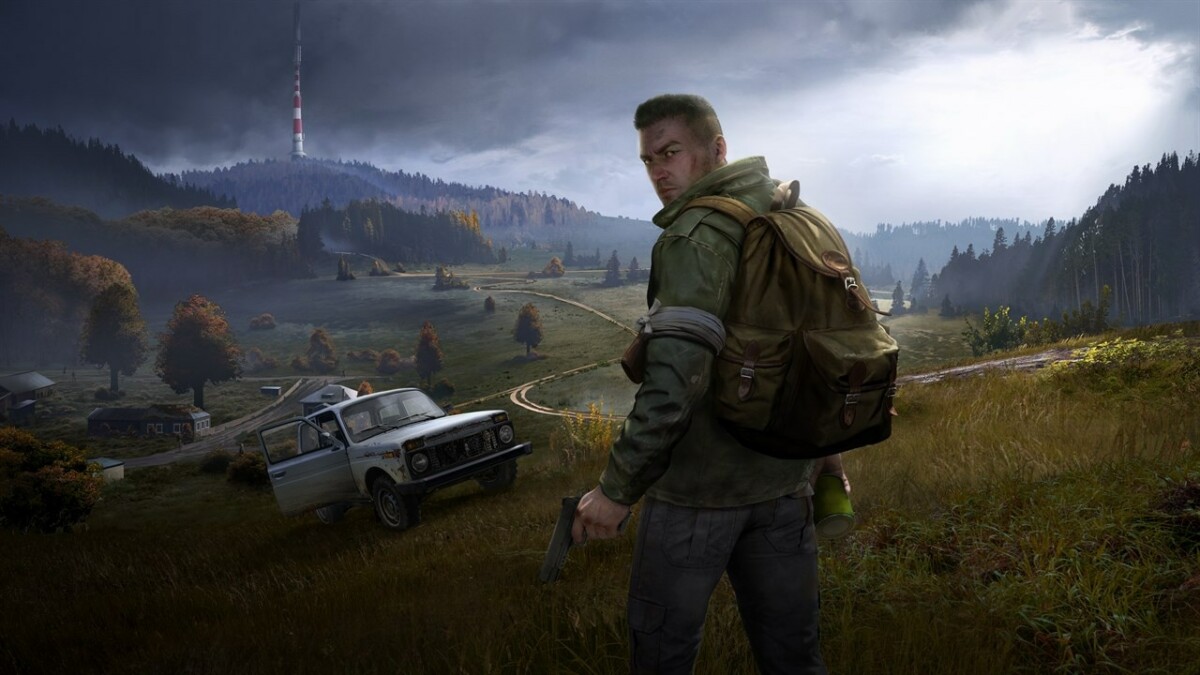 In the open world of Arma 3, zombies are always a welcome challenge! The DayZ mod adds another layer of survival simulation by adding AI-controlled zombies.

This mod is playable in both single and multiplayer mode, so you or a group of friends can survive the challenges of the zombie apocalypse by battling it out for loot and weapons scattered across the map!

In the DayZ mod, you are given a limited supply of ammunition with a huge map to explore. It’s also possible to starve and freeze to death in this game.

Food and temperature meters are also added to the game for your convenience. 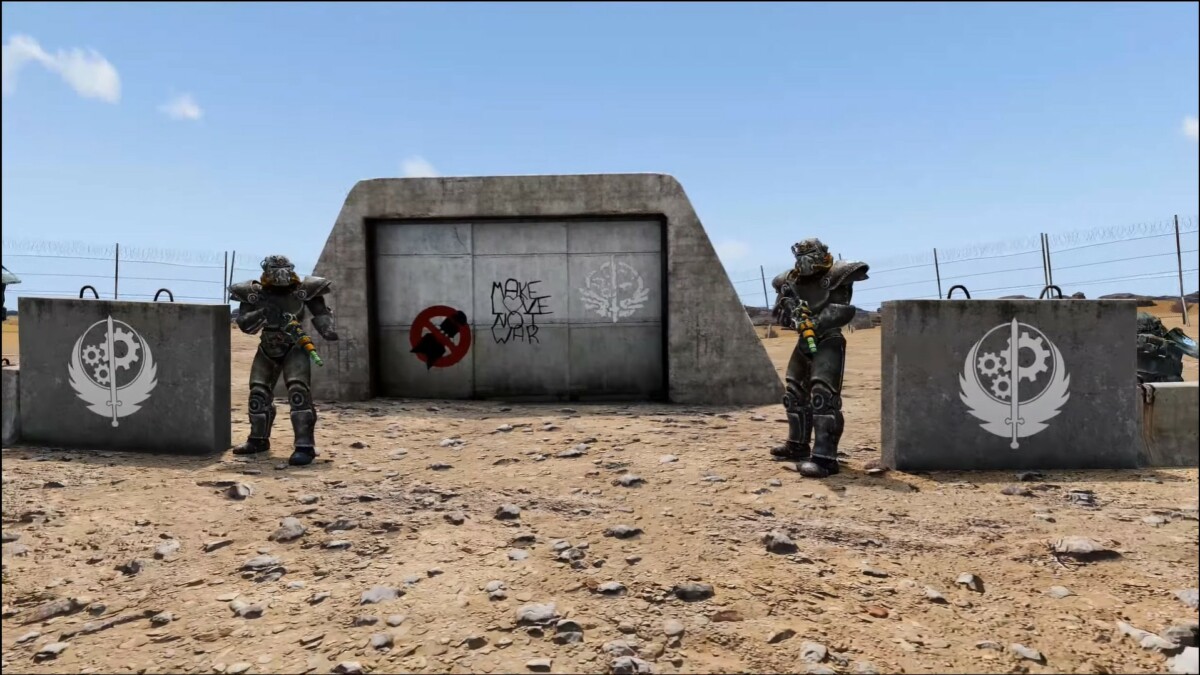 Chances are that if you like Arma 3, and most video games about survival, then you will like this mod collection!

The Aftermath mod is a cosmetic mod that reskins the entirely of Arma 3 and replaces the details with those of the Fallout series!

However, it is a bit rough around the edges but is also beloved in the community.

Not only does this mod offer cosmetic differences, but it also allows you to create and operate your own vault, similar to how Fallout 76 works.

After creating a vault, you can run your own faction and play in with co-op mode or as a single player.

This mod is similar to the DayZ mod, only minus the zombies.

The Wasteland mod is one of the most well-known and downloaded mods in the Arma 3 community that includes a massive map with multiplier.

In the Wasteland mod, you will basically be playing an endless version of a battle royale where players will continue to respawn instead of dying and observing afterward.

This mod is a great one to have if you want to push your playing endurance with friends as long as possible, as you battle, die, and respawn endlessly in hopes of surviving the longest. 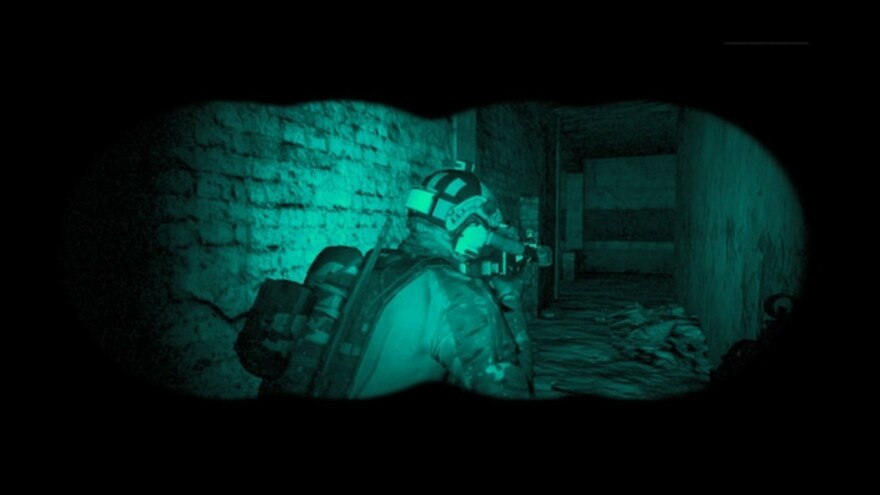 BettIR makes the game’s IR laser illuminator more realistic. The mod decreases the spread of the light making the IR effective until 300 meters.

It’s a perfect addition to make any sneaky night operations more covert, intense and a lot of fun. 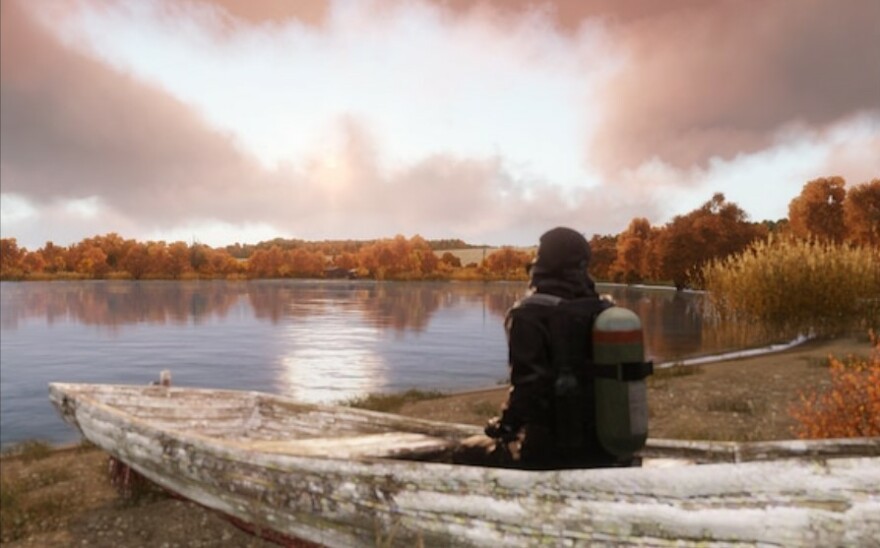 We’ve got just the mod for you for anyone who isn’t really tired of the base maps but maybe wants it to just look a little different.

Autumn Livonia changes the textures of Livonia to make it look like it’s autumn. The mod doesn’t look to change much but simply adds a newer and more colorful coat of paint on a familiar map. 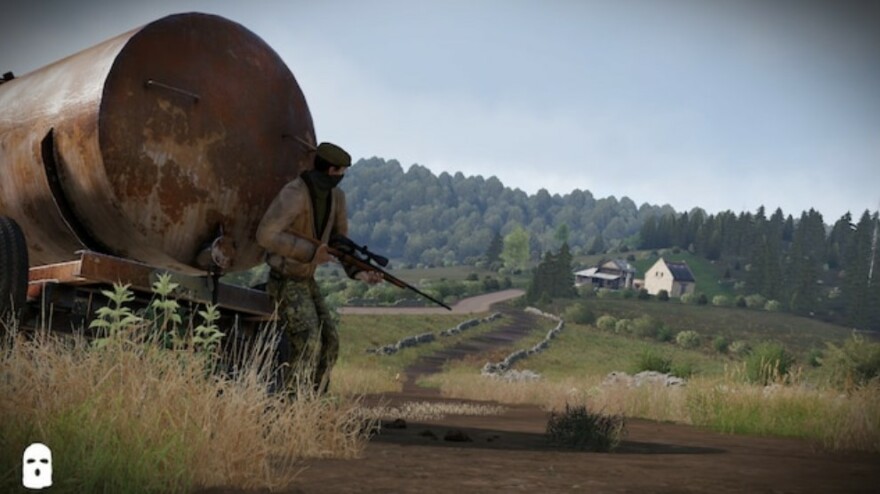 As Arma 3’s locations are based on real-life areas, it would be nice to have it look the part as well.

County Fermanagh, Northern Ireland, is a mod that requires the global mobilization DLC for smooth running; however, with a bit of technical work, you can play without the need to get a DLC.

The mod adds a map of Northern Ireland for gamers to explore, from thick forests to dense hedgerows, small settlements, and more. 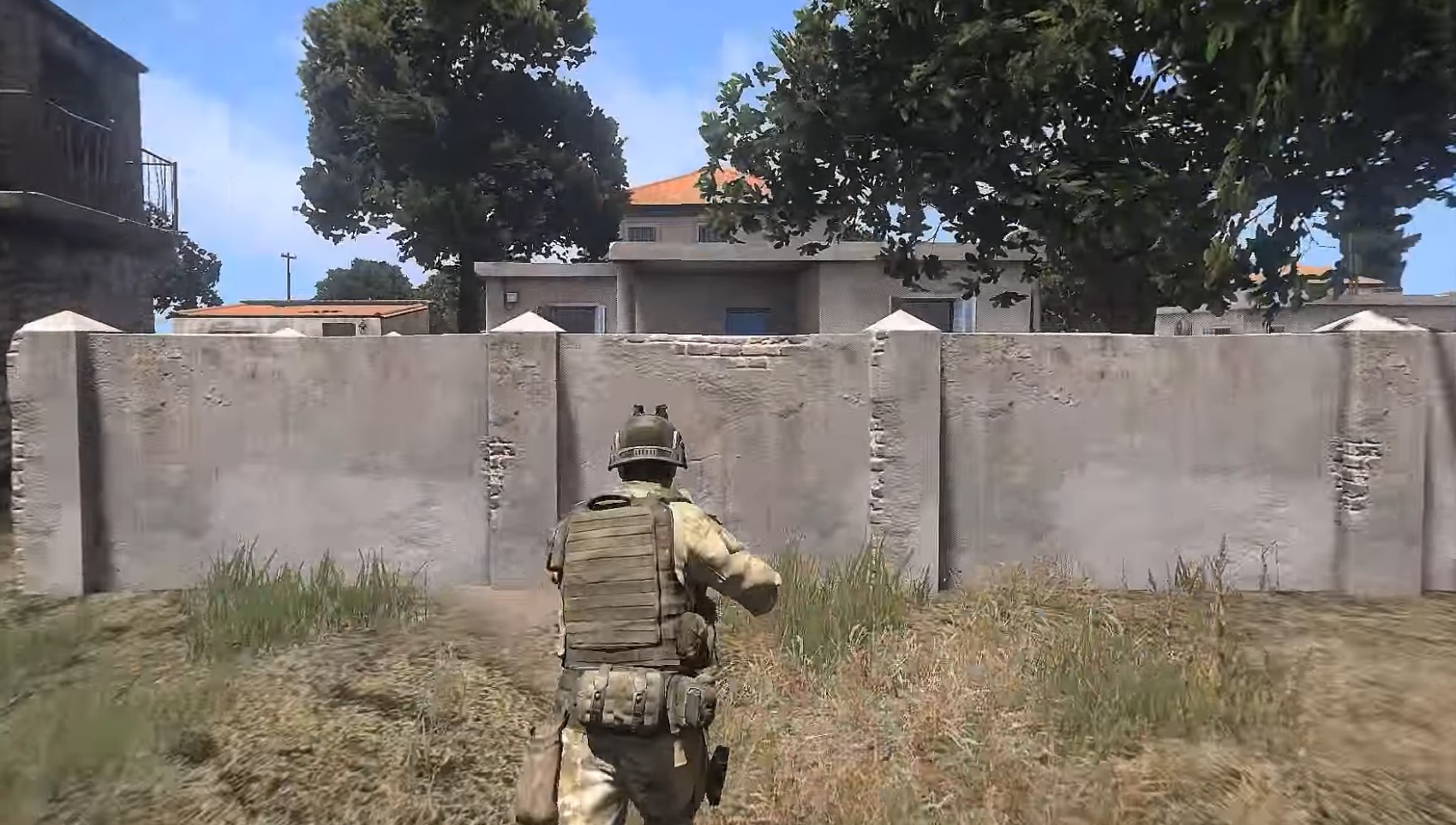 Many newer players to Arma 3 will probably find the number of controls dizzying, but that’s how it achieves a “realistic” feel to the gameplay.

Enhanced Movement tries to lower this barrier to entry by decreasing the number of key binds, making it simple for gamers to follow.

It does this by allocating several commands, namely fairly common ones like climbing ladders, opening doors, accessing gear on the ground, and a couple of others to just one button.

If controls were an issue restricting you from enjoying the glory of Arma 3, it shouldn’t be a problem anymore! 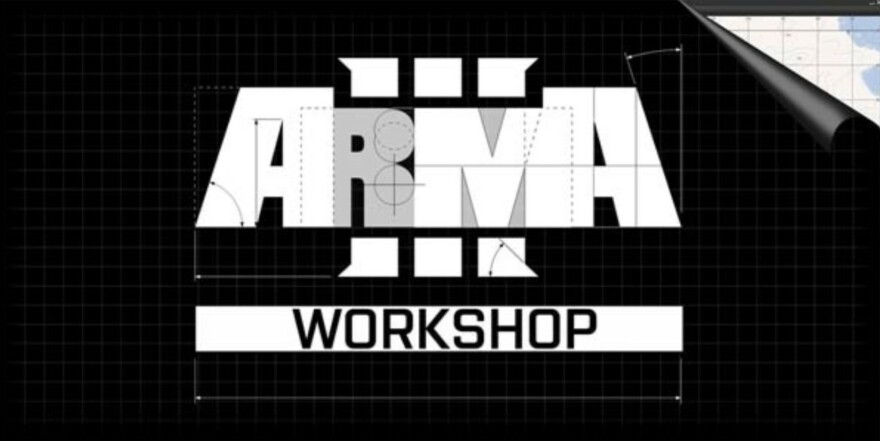 AI Accuracy Fix reduces the accuracy of the AI during operations.

If you’ve played any Arma 3 operation, you’ll know the AI to only be one of two things, completely oblivious or championship shooting level accurate.

Now with this mod, it is closer to the in-between where it doesn’t feel like you’re fighting toddlers nor getting one-shot KO’d from a kilometer away. 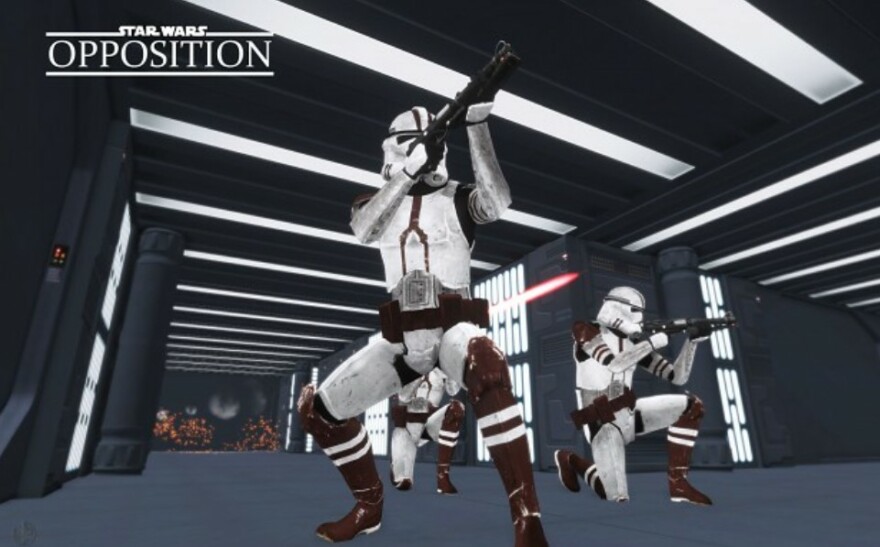 The mod adds over 450 objects, 75 weapons, 300 new outfits, 12 different races, 60 different vehicles, and more. It even introduces hero units into the game where gamers can use unique powers.

On top of all of this, the developers have also made several Star Wars maps, so you don’t even have to worry about having to play on vanilla maps. Play the mod, and may the force be with you! 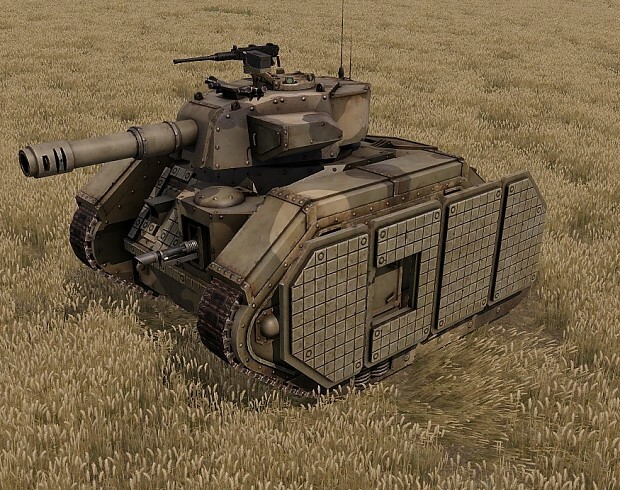 With the mod, the game is set in the Warhammer 40k universe featuring the Imperium vs. the Chaos Renegades in a fictional conflict within the universe.

The biggest difference of this 40k conversion to others is that rather than being a big mod full of all the 40k they can fit in it, these modders are trying to be more focused.  The mod feels like an actual conflict in 40k by keeping it to the scale of the creator’s vision of the Sasmarsk conflict.

Most of the work that’s been done is with units, vehicles, weapons, and structures. It is more than enough to start playing it now. 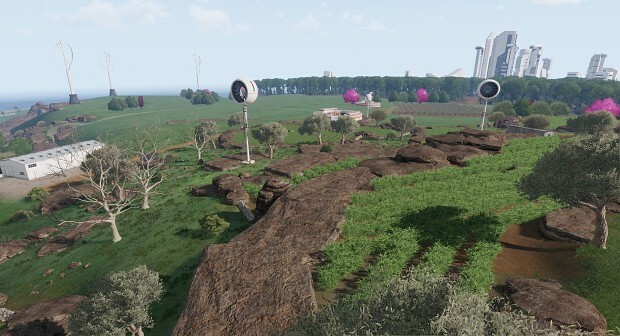 Operation: Trebuchet is a mod that is based on the last major conflict between the UNSC and the human insurrection, focusing on the struggles of the average soldier rather than what the Spartans the Halo games are focused on.

Since the mod focuses on the common soldier, it is perfect for Arma 3. Although the mod is still in the beta stages, it is worth the try.

With this section of the Halo universe not being explored in a game, it is more interesting than most of the total conversion mods. 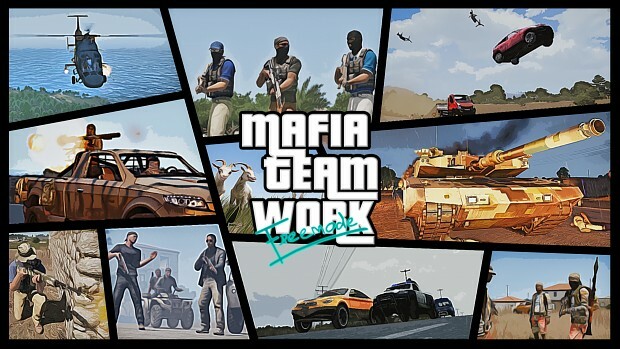 A completely different game at this point, Mafia TeamWork Freemode is a PVPVE mod that allows you to work for either the local mafia or police, or neither as well.

A massive RP kind of mod lets you work for the local mafia through various missions, with police AI and players trying to stop you.

There are conflicts and fights between the different local gangs and mafias in the area, making it interesting to play. 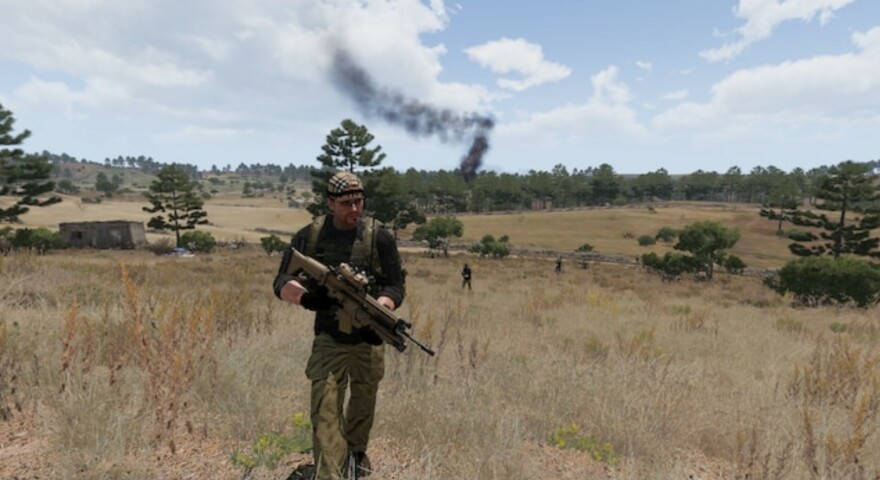 One of the more well-known mods, Antistasi Plus – Altis, adds a whole heap of new features that make the game playable in SP and MP with both PVP and PVE elements.

It adds multiple side missions with the main goal to either stop or support rebel operations in the area. All of this in a persistent world that lets you do so much, count us in!