The Pokémon franchise has provided fans with numerous species based on real-life animals throughout the years. Many creatures in the series have been inspired by rodents, birds, fishes, and even cows!

And now, we’ll focus on the foxes to bring you a list with the best 10 fox-inspired Pokémon. 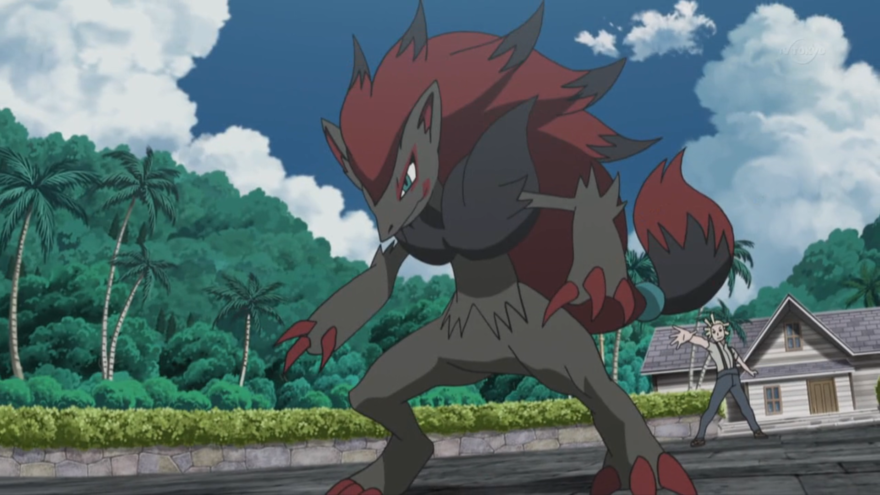 The protagonist of the franchise’s 13th movie opens our list at the top position because of its uniqueness.

As the first Pokémon of the V generation to be revealed, Zoroark received special treatment in the games and the anime.

Along with its pre-evolution, they are the only Pokémon with the ability Illusion, which creates tons of strategical possibilities for their trainers, and, before the introduction of Lunala, they were also the only Pokémon capable of using the move Night Daze.

After being only obtainable through a special event in Black & White, it became easier to capture in the following games. 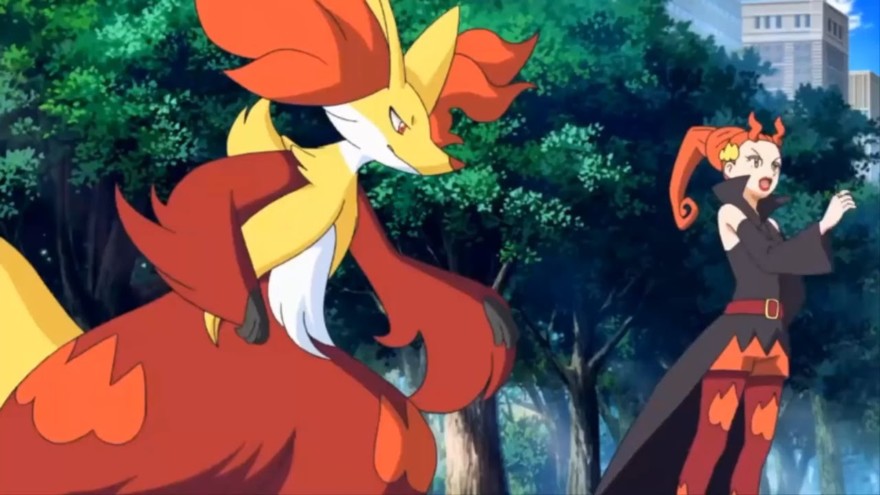 Delphox is the final form of Fennekin, the fire-starter of the VI generation, and its evolutionary family is the only among starters to have the “Fox Pokémon” category.

When it reaches this form, Delphox gains the Psychic type, making it a more versatile Pokémon for battle, and its robe-like fur and the wooden stick that it carries as a magical wand give him a wizard-like appearance.

Just like Zoroark, it had a signature moved called Mystical Fire that would become learnable by other Pokémon in most recent generations. 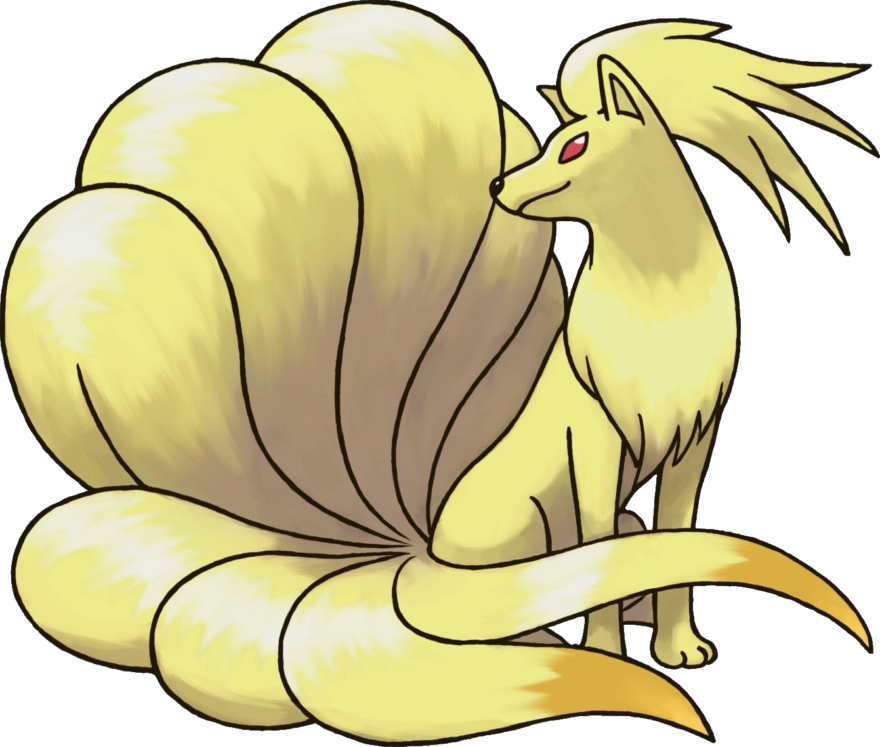 Ninetales and its pre-evolution, Vulpix, were the original “Fox Pokémon” as they were introduced in the I generation and were the only Pokémon with that category until the VI generation.

Its original design is one of the most beautiful and elegant, and its origin comes from a Japanese legend, specifically the Kyubi no Kitsune, which talks about a spiritual fox that gained nine tails and has become as powerful as a deity.

Ninetales is also one of the few Pokémon with an Alolan form, and this variation gives it the unique Ice-Fairy type combination. 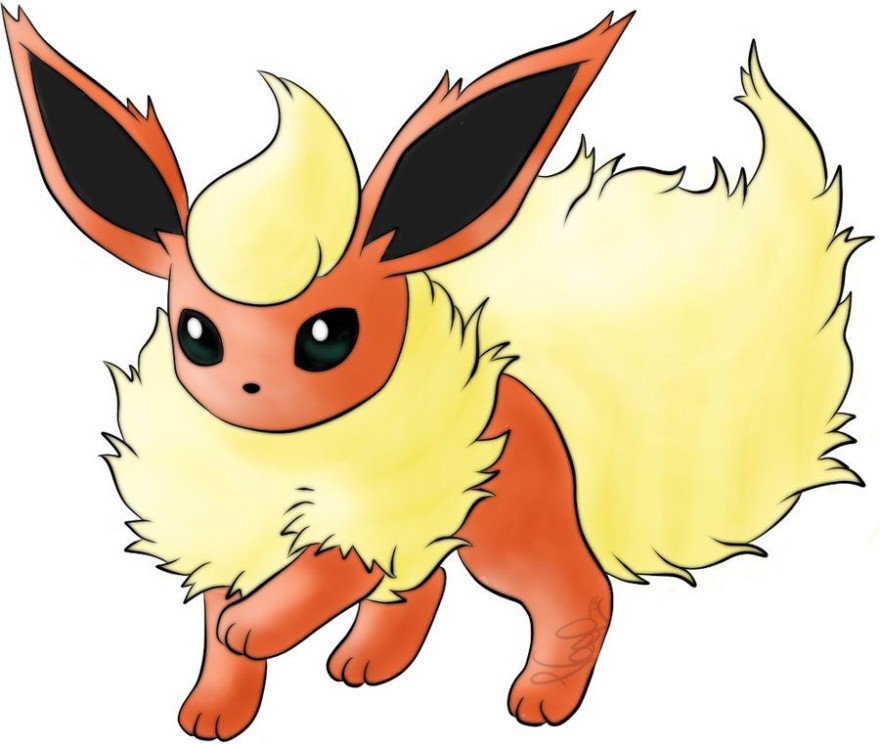 One of the original Eeveelution trio introduced in Generation I, Flareon, gains its form after being exposed to a Fire Stone, and its appearance is arguably the one that most resembles a fox among all of Eevee’s evolved forms.

It has the highest base attack of all Eeveelutions and is also the only among them to have a type advantage over more than one other Eeveelution, which it does against Leafeon and Glaceon.

As with all of Eevee’s final forms, it can’t be found in the wild in most core series games, with the exception being Sword & Shield. 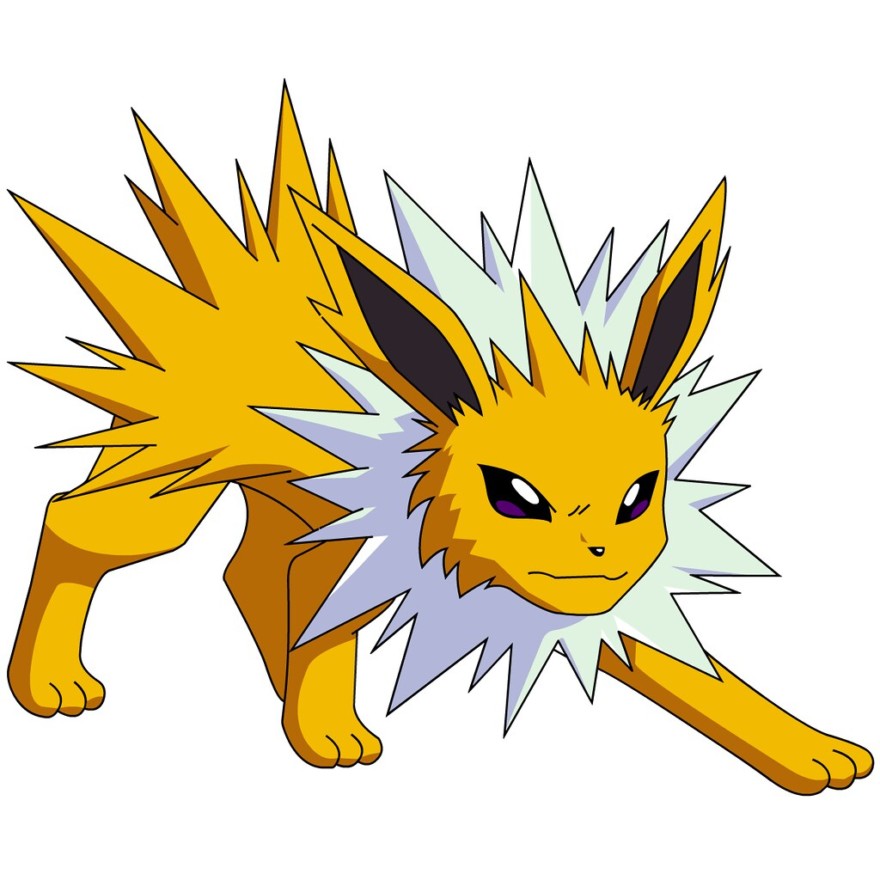 Along with Flareon and Vaporeon, Jolteon belongs to the original Eeveelution trio and is the other Eeveelution that looks the most like a fox. Eevee can evolve into Jolteon by being exposed to a Thunder Stone.

It has the highest base speed among all of Eevee’s final forms and, curiously, is the only one without an apparent tail, though, in certain manga episodes, it is shown that it does have one hidden under its spikes.

Its speed and quick reactions also resemble that of felines. 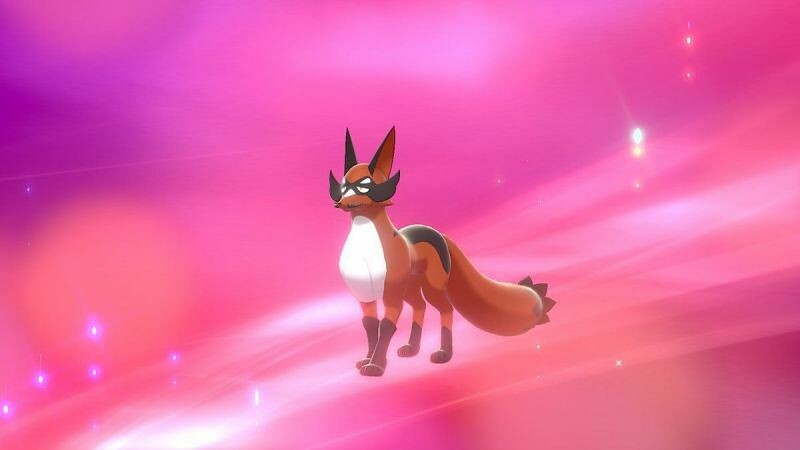 As its name suggests, Thievul and its pre-evolution have thief-like elements on their appearance and are also known for stalking and stealing food from other Pokémon when they least expect it.

Nickit, its previous form, and Thievul are the latest addition to the “Fox Pokémon” category as both were introduced in the VIII Generation and are the only Pokémon among it to not be Fire Type. 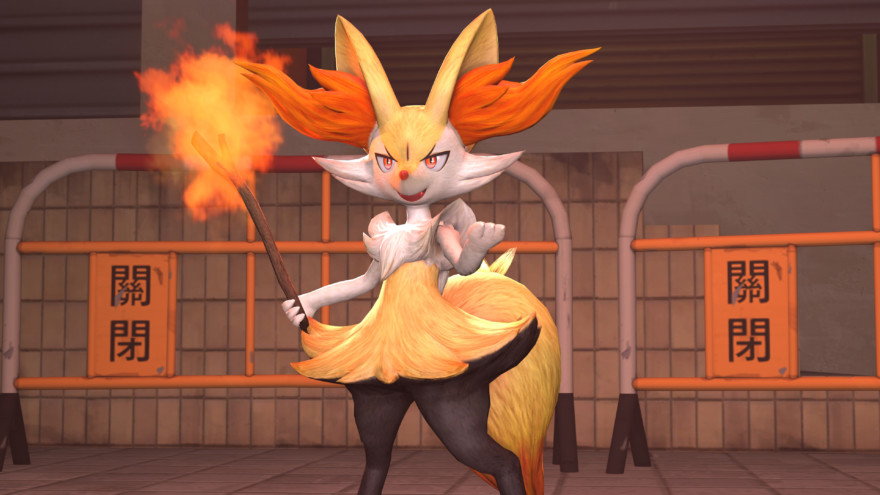 Braixen is the first evolution of Fennekin and, though it still doesn’t have the Psychic type, its appearance resembles that of a young magician, which is highlighted by the stick that it carries on its tail at all times and uses as a wand.

It made a major appearance in the anime during the Kalos seasons as Serena’s starter Pokémon.

It was given to her by Professor Sycamore as a Fennekin before eventually evolving into a Braixen. 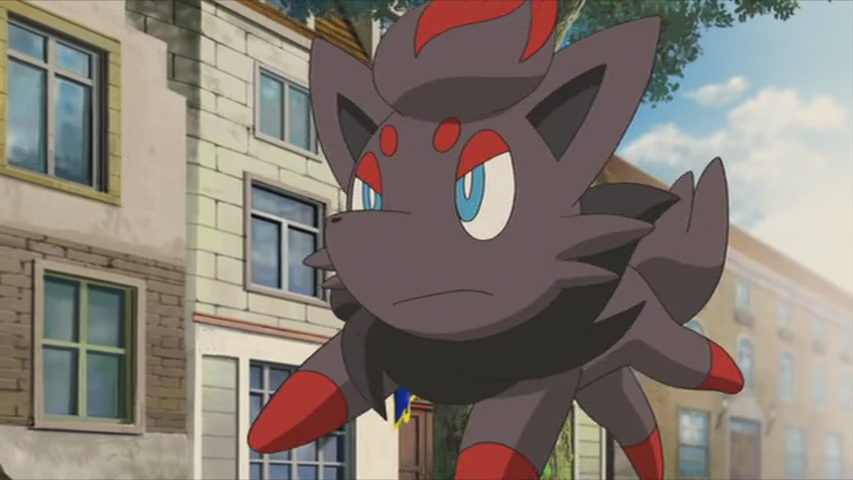 Along with its evolved form, Zorua made its first appearance in the movie “Zoroark: Master of Illusions” in 2010 after both were revealed as the first Pokémon of the V Generation.

It shares its ability, and its former signature move with Zoroark and both Pokémon were the first non-Mystical to have been event-exclusive until the release of Black & White 2. 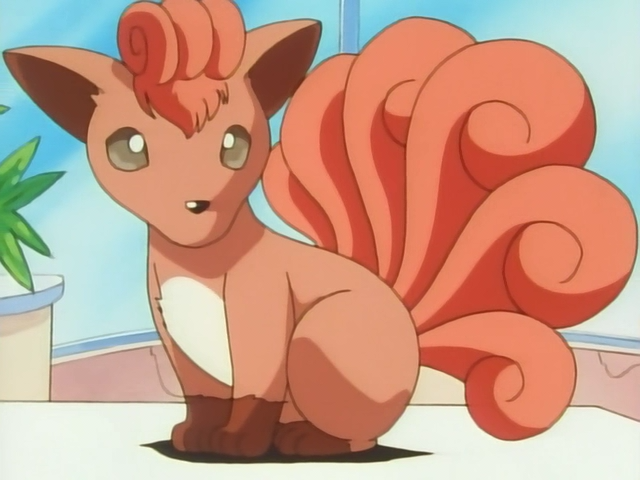 One of the first version-exclusive Pokémon, Vulpix, made its debut along with its evolved form as part of the I Generation. Both it and Ninetales are inspired by the legend of the Kitsune fox.

In the Alola region, Vulpix has adapted to the cold of snowy mountains, changing its appearance accordingly and becoming an Ice-type.

Regardless of its variation, it needs to be exposed to either a Fire Stone or an Ice Stone to evolve into its final form. 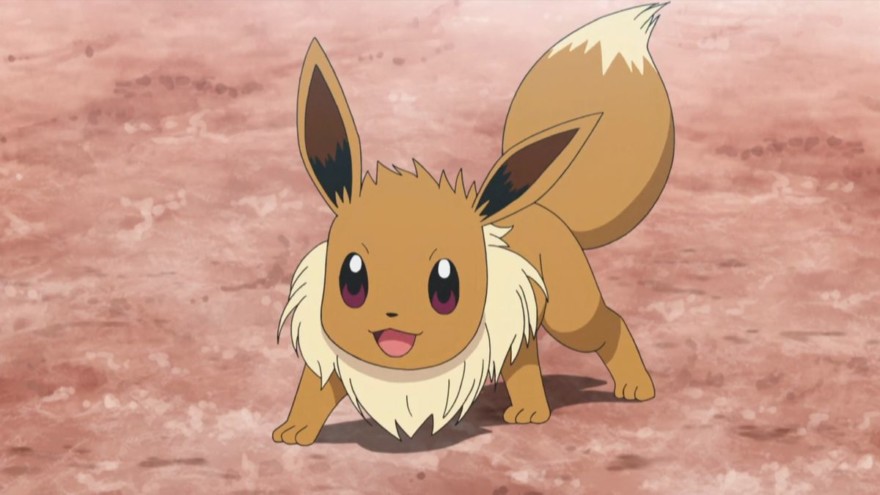 Its creator has never mentioned a specific animal as its base, but its versatility and overall value to the franchise make him one of the best Pokémon in any category.

The evolution Pokémon is known for his many final forms, which have progressively increased to eight, but it has also been the protagonist of various games in the series, is the Pokémon with the most signature moves, and recently received a Gigantamax form.

Besides being one of the most recurrent Pokémon among main characters in the anime, its greatest value resides in its ability to adapt to any trainer’s needs.

All in all, though a few names couldn’t make it into our list, we can say that the fox-inspired Pokémon are a group that includes some of the most interesting species in the franchise.

From their unique abilities to their singular type combinations and amazing designs, it’s safe to say that the real-life foxes have served as an excellent base to create many of our favorite Pokémon and, hopefully, will continue to do it for a long time.