Just as many Pokémon species have been created after animals, insects, and even legendary creatures, many are based on inanimate objects such as plants and rocks. In this piece, we present you with the ten-best mushroom-inspired Pokémon. 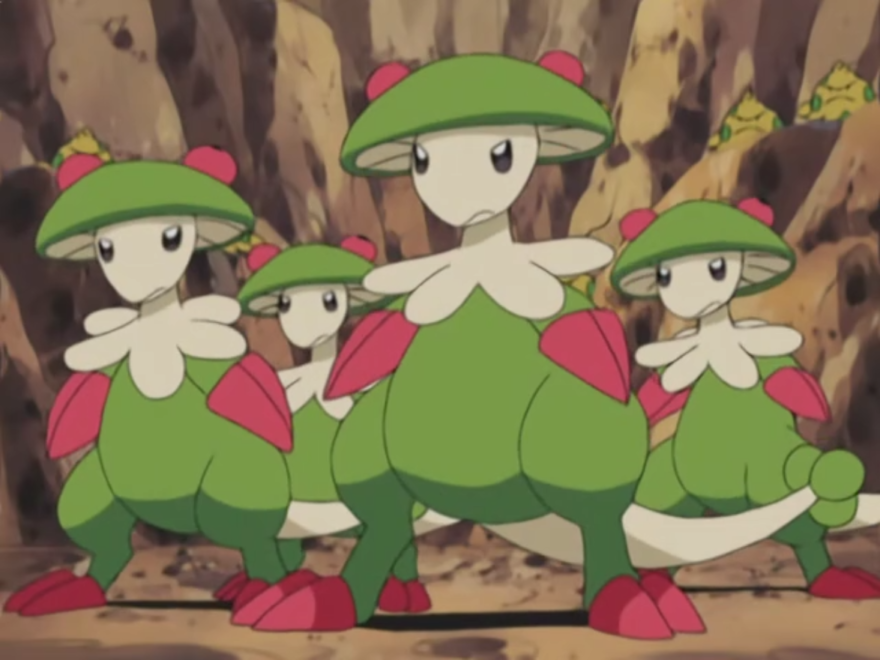 Its head seems to be based on the agaric mushroom, and its body resembles a kangaroo, perhaps a boxing kangaroo when taking into consideration its fighting type.

It was the first and the only Pokémon to have the Grass/Fighting type-combination until Virizion and Chesnaught were introduced in Generations V and VI, respectively.

However, as Virizion is a Legendary and Chesnaught is the final form of a Starter, Breloom remains the only Grass/Fighting Pokémon obtained multiple times. 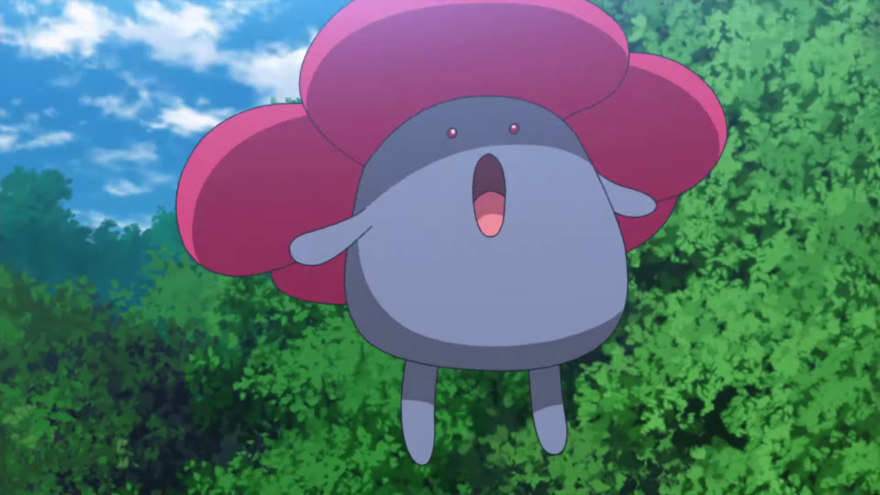 Introduced in Generation I, Vileplume is the final form of Oddish and is the only Pokémon in our list that evolves by being exposed to an evolution stone, as well as the only with a branched evolutionary family.

The Rafflesia Arnoldii flower inspires its mushroom-like appearance, and the petals on its head can release pollen that’s allergenic to humans and toxic to other Pokémon.

Previous to the introduction of Generation II, Petal Dance was a move that could only be learned by Vileplume and its previous forms. 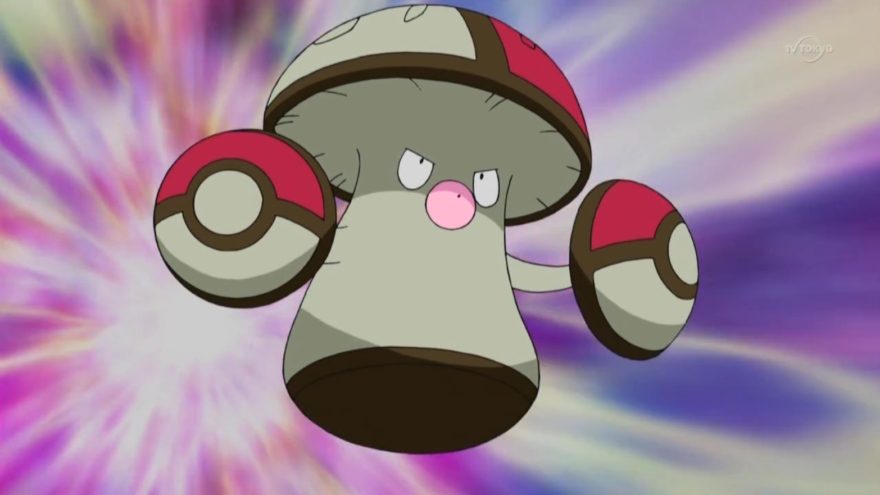 Along with Morelull’s evolutionary line, Amoonguss and its previous form are the Pokémon, whose designs are more clearly based on a mushroom.

It’s the Pokémon that requires the most training to evolve in our list, as it reaches its final form starting at level 39 and, by its look, it might also be the less friendly among the ten species.

Amoonguss has a hat and two shields that resemble a Poké Ball and, along with its base form and Voltorb and Electrode, is the only Pokémon that has Poké Ball-like elements. 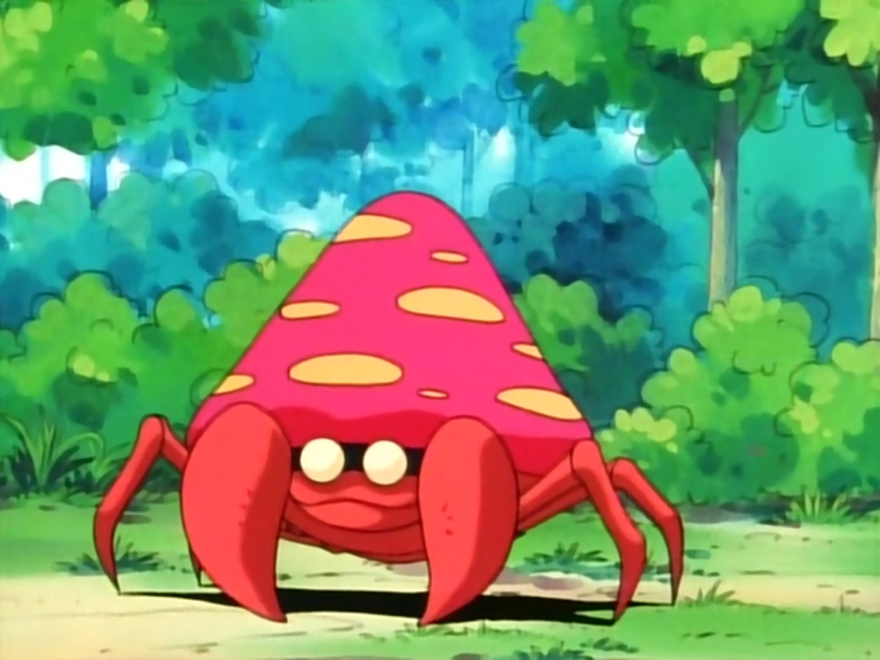 Along with its pre-evolution, Parasect was the original Mushroom Pokémon. Introduced in Generation I, its appearance is based on a crab with a parasitic mushroom instead of a shell on its back.

The fungus is called Tochukaso and is attached to the Pokémon since being an egg.

As Paras grows, so does the mushroom and, by the time it evolves into Parasect, the Tochukaso takes full control of its body and mind, just like a zombie. 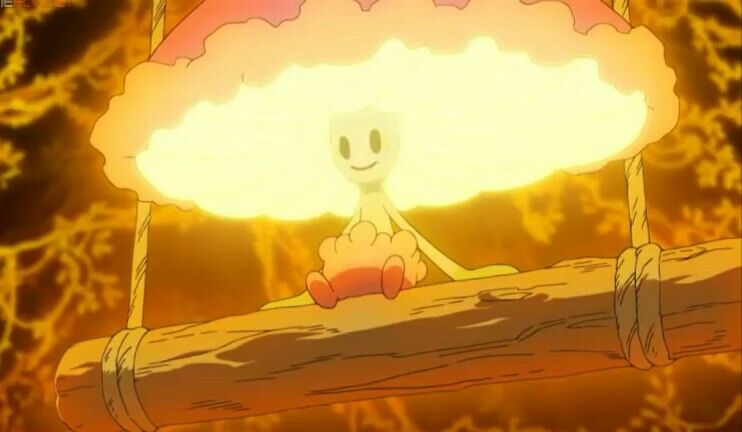 Shiinotic and its previous form, Morelull, are the most recently introduced mushroom-inspired species as both made their debuts in Generation VII.

They’re also among only four non-Legendary Pokémon to have the Grass/Fairy type combination.

Unlike Parasect and Amoonguss, Shiinotic’s appearance is not intimidating as it resembles a bioluminescent mushroom without looking fierce.

However, it does compete with Parasect as both have some similarities and fight for territory, as it can be noticed in the Lush Jungle in Pokémon Sun and Moon, where only one species can be found depending on the version of the game. 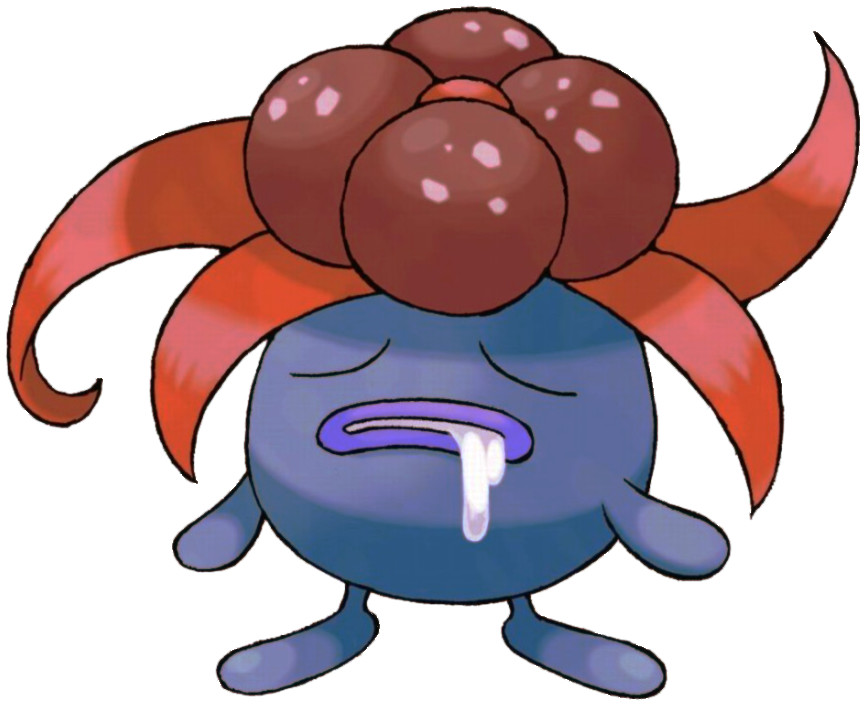 The Weed Pokémon made its debut in Generation I as the first evolution of Oddish. Originally, it could only evolve into Vileplume following exposition to a Leaf Stone, but from Generation II it also became able to evolve into Bellosom by being exposed to a Sun Stone.

The spherical flower on its head resembles a mushroom and is inspired by the blossoming Rafflesia Arnoldii. The “drool” that falls from its mouth is a nectar that can be used as a fertilizer and to make perfumes.

As a curious fact, Gloom is the only dual-type that can evolve into a single-type Pokémon. 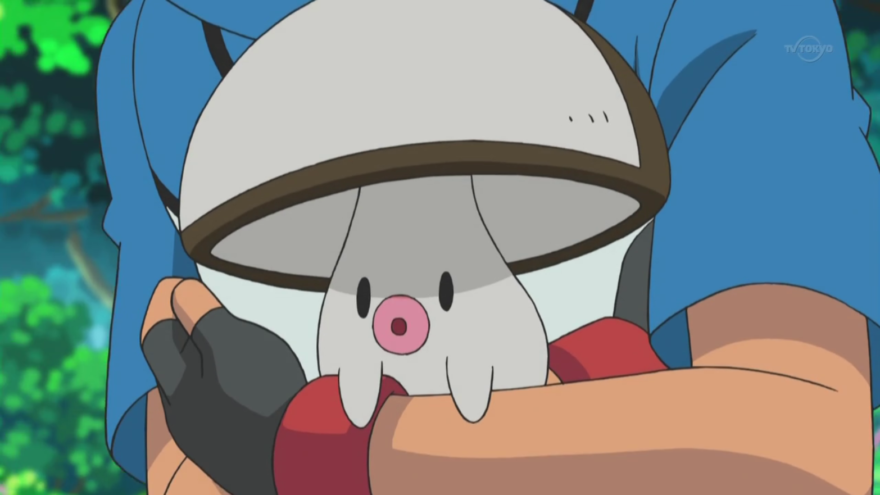 Foongus made its debut in Generation V, and, unlike its final form, its design is much more friendly. However, both forms share the Poké Ball pattern on their caps.

This is advantageous to Foongus as it uses the pattern to attract people and other Pokémon.

Its design is different from that of Voltorb’s evolutionary line in that it includes the button in the middle of a Poké Ball. 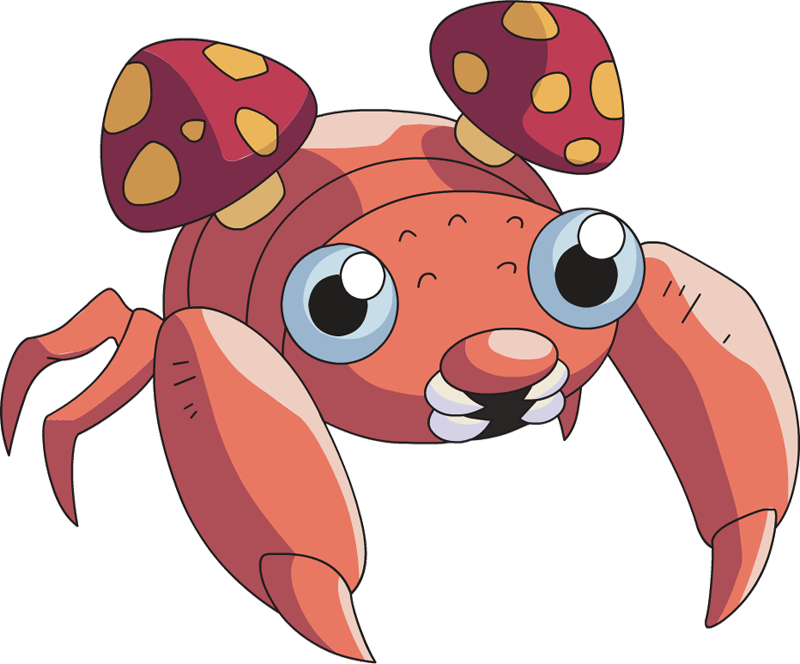 Paras’ appearance looks much like a cicada, and the two mushrooms that grow on its back give it its category of Mushroom Pokémon.

These fungi are the same that can take control of Parasect. However, in this stage, they’ve not developed fully, and Paras can take them off at any moment without suffering any setbacks. 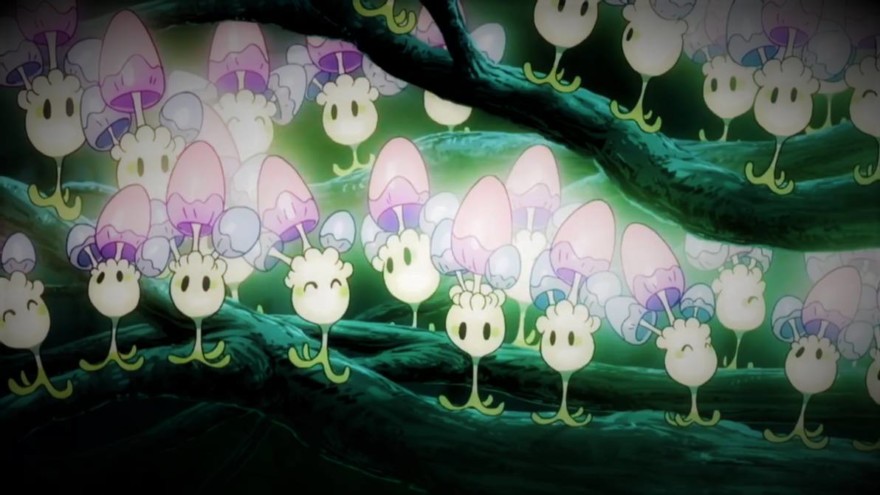 One of the smallest Grass-type Pokémon, Morelull was introduced in Generation VII together with its final form.

Its appearance is that of a growing mushroom, and it can release spores to make the three funguses at the top of its head shine at night or in dark places.

Just like its evolved form, it shares some similarities with Paras’ evolutionary line, like the level at which both evolve and their total base stats.

Among Fairy-type Pokémon, Morelull is tied with Cleffa and Igglybuff for having the worst base Speed

and, before Generation VIII, Morelull and Shiinotic were the only Pokémon capable of learning the move Strength Sap. 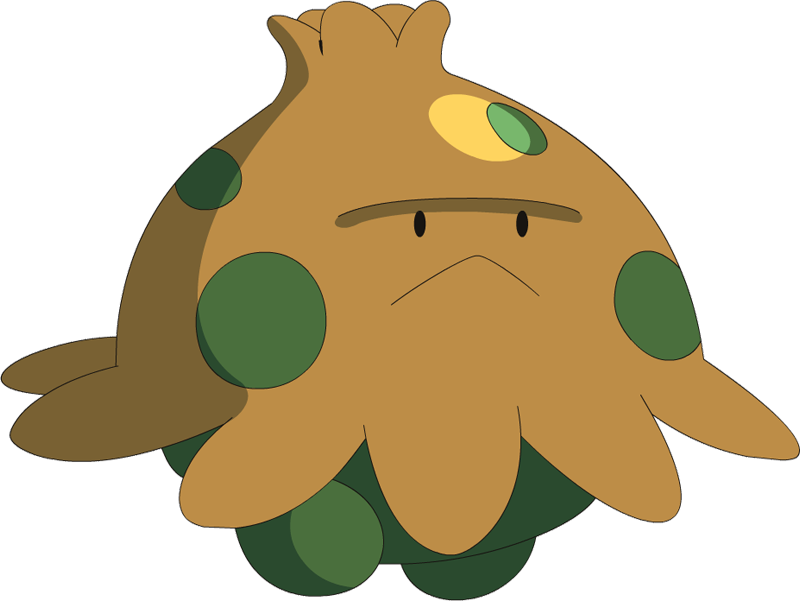 Shroomish closes our list as the final of the six Mushroom Pokémon and as the only single-type species on our list.

Its appearance is that of a small mushroom with two feet, and its color pattern resembles that of a Pokémon egg.

Just like the other Pokémon with which it shares category, Shroomish can have the ability Effect Spore, which can make opposing Pokémon sleepy, paralyzed, or poisoned following contact.

It’s also one of seven Pokémon that can learn the move Spore.

Altogether, we can say that this group of Pokémon is usually overlooked. None of them are usually among the most popular of their respective types, and, with a few exceptions, none has been too relevant in the anime.

However, they have some of the unique characteristics and, if used properly, could be a major asset for any trainer that’s trying to develop a well-balanced strategy. So, hopefully, one day, they’ll receive more love in either the games or the anime.