We love how you get pulled into the game and become completely immersed, just like the battles lived through by Talion himself.

It’s a great mix of strategy, skillful combat, and compelling characters that hold your attention from beginning to end.

Take a journey into Tolkien’s lush and vibrant world, with an even bigger area to explore than ever before. Unravel the captivating story as you use thrilling combat to drive your adventure!

What really sets this game apart are the mods that can be used to personalize your experience.

From graphical enhancements to gameplay tweaks, these mods will make your time with Shadow of War even more enjoyable! Here’s our list of must-have mods for SoW fans. 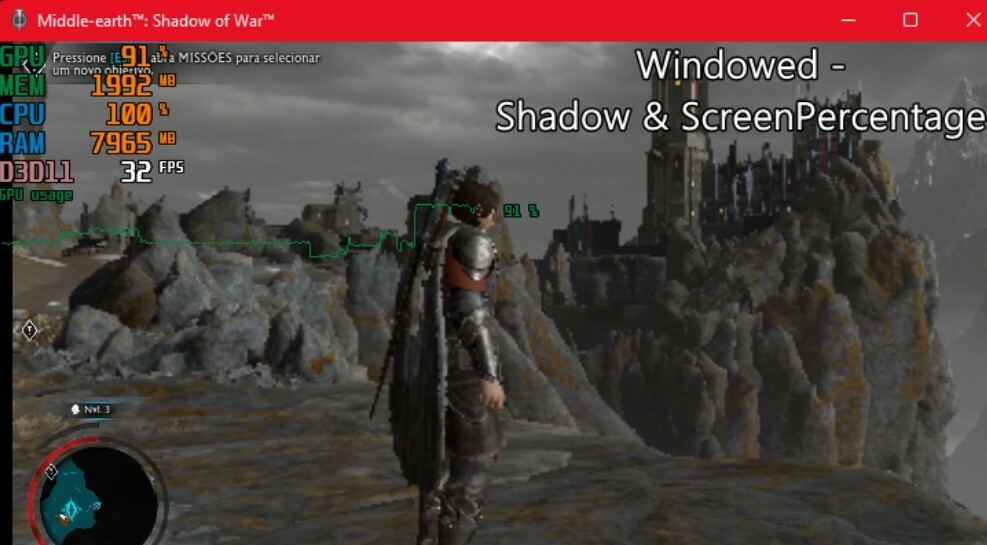 Low-End Cheat Table is one of the mods that can make a world of difference in your gaming experience if you game on a low-mid power PC.

By decreasing ViewDistance, LOD, ScreenPercentage, and Shadow Resolution settings, you can free up lots of juice on your less powerful GPUs – allowing them to churn out the smooth framerates they were built for!

With Low-End Cheat Table installed, you can experience an improvement in framerate without necessarily needing to upgrade your hardware!

Plow through enemies at full throttle – whatever system setup you have at hand. 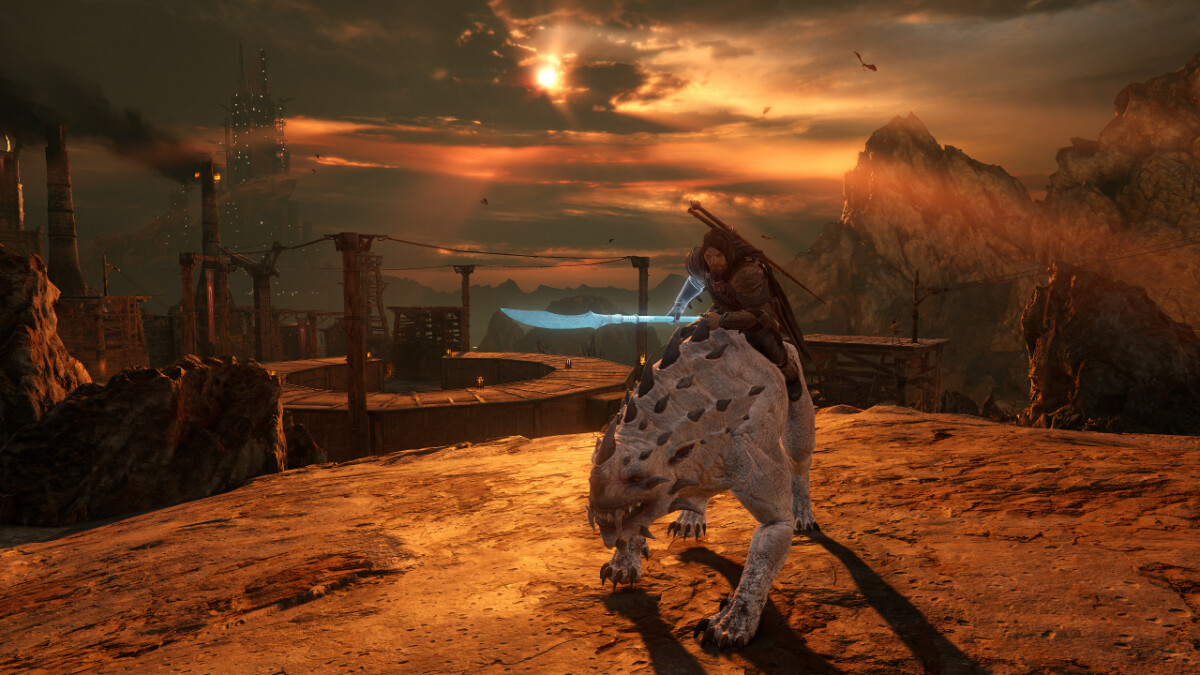 A long name for a simple, useful mod.

Shadow of War has some amazing skills and weapons, but if you’re like us, you probably find the HUD a bit overwhelming.

This particular mod lets you control what elements appear in your HUD using the D-pad up and H key.

It’s really simple to use once you’ve installed it: just press up or H, and it will toggle items such as health bars, enemy names, and minimaps on or off as desired.

If you’re keen to maintain the immersive experience while playing Shadow of War, this mod is a must-have! 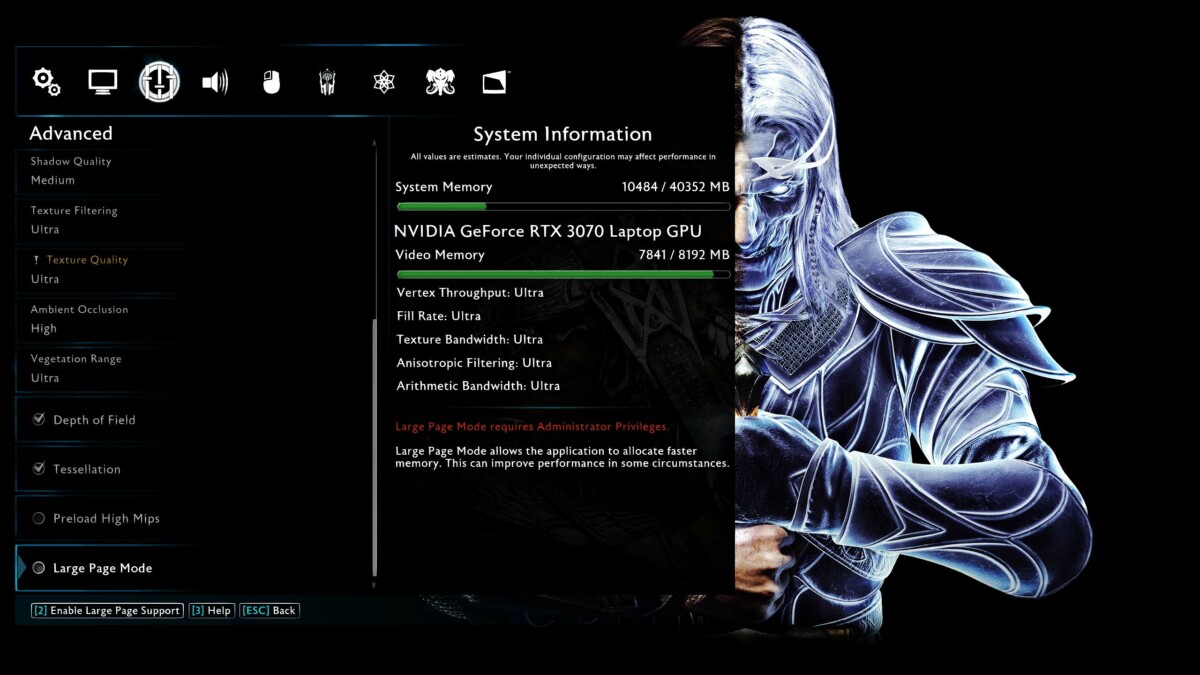 If you’re playing Shadow of War, and want to ensure that there is minimal interruption to your performance in-game, then you should definitely make sure you optimize the settings.

From adjusting the brightness levels, so you can truly immerse yourself deeply without your eyes getting strained, to modifying the audio settings.

After these tweaks, you can customize further by tweaking the graphics options according to whether you’re playing on a console or PC.

Memory usage can be customized, too, so that performance won’t be compromised due to low memory availability.

Or you could just download the Zephyr Ultimate Settings and have everything optimized for you. 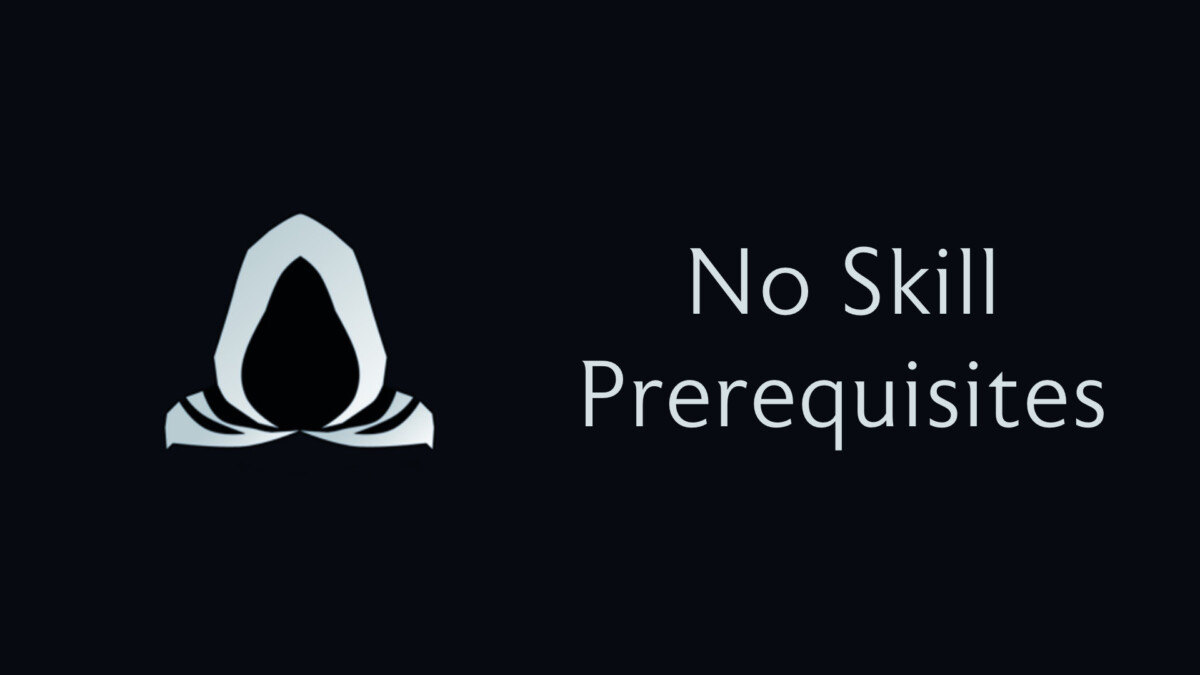 We were thrilled to discover this killer mod that grants ultimate freedom when it comes to building your loadout.

With this mod, you don’t need to unlock skills sequentially; you can jump ahead to the skill down the tree or even skip one altogether if it isn’t something you want.

It enables ultimate customizability and efficiency with regards to picking and choosing which skills you most want for your build, unlocking myriad possibilities for piecing together exactly what it is you desire from your gaming experience. 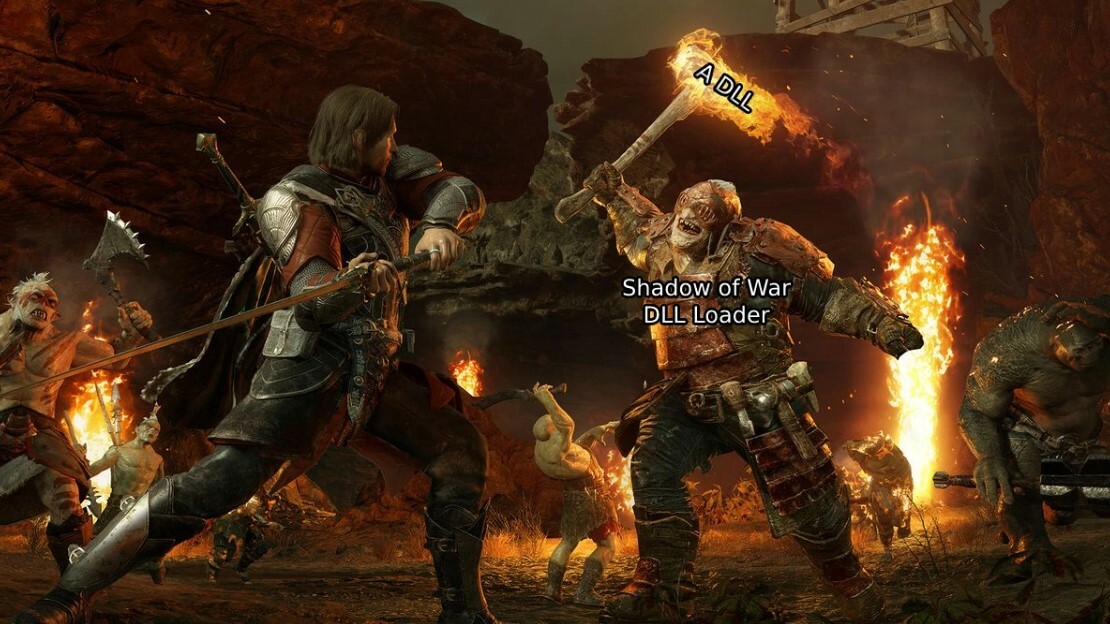 A DLL loader makes it easier for mod authors and fans alike to get their custom content up and running in Shadow of War.

This versatile and user-friendly tool can load any valid DLL into the game so that you can enjoy a more personalized gaming environment.

Working with mods can give you the customization options that take your game to the next level, and a DLL loader can help you make this happen.

Simply install the loader and explore all the possibilities that come with unlocking a world of new options. Some mods will straight-up require this one. 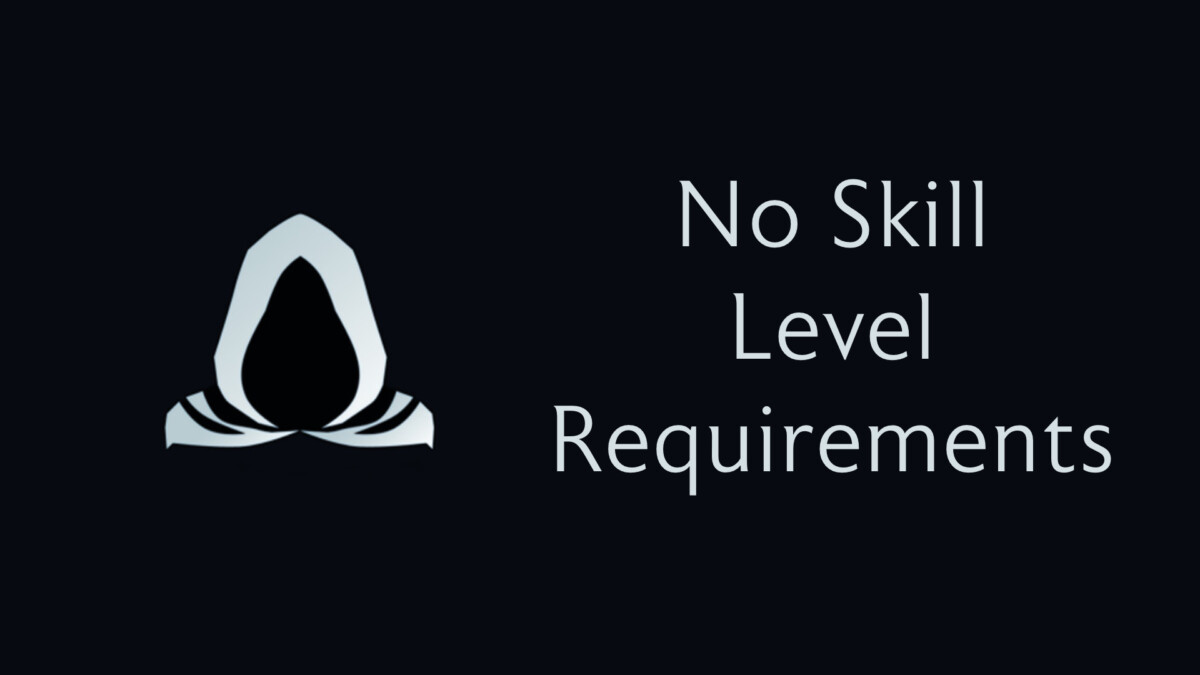 When it comes to open-world games like Shadow of War, being able to customize your character matters.

Having the freedom to choose an array of powerful abilities at the early stages of the game only amplifies its appeal.

No Skill Level Requirements allows you to pick any skill you like from the roster without having to worry about level requirements.

Now you can have access to incredible moves and abilities right away as if your character already had mountains of experience under their belt.

On top of that, you have so much more control over how your combat style develops in this thrilling game. 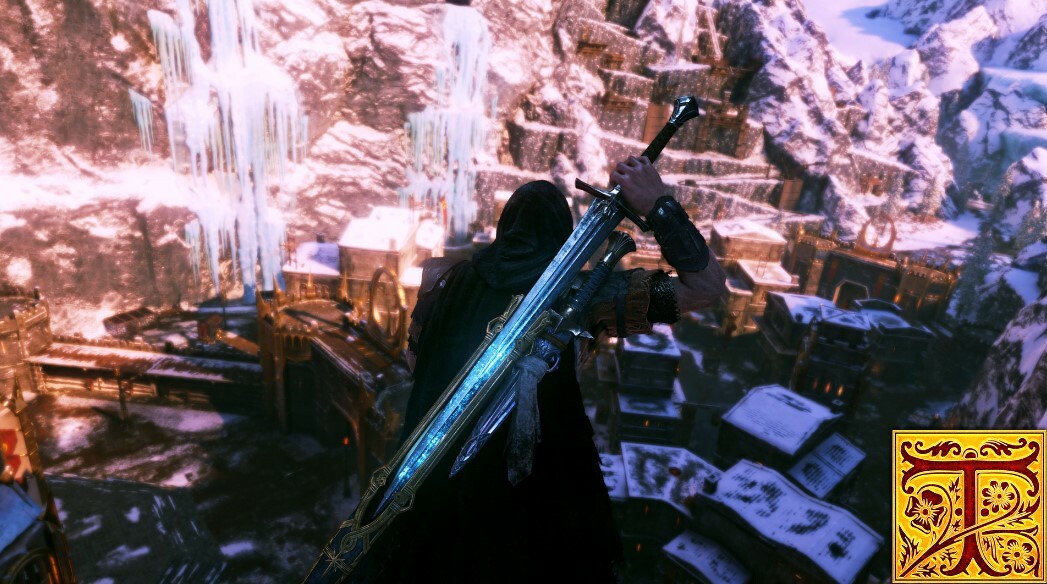 Tolkien’s Vision for ME: Shadow Of War offers a unique opportunity to reimagine visuals in the game from both a realism and cinematic perspective.

The mod is inspired by the beauty of Middle Earth featured in the original film trilogy and gives gamers an interactive chance to experience this world on their own.

If you want to relive the epic adventure portrayed in Shadow Of War but with modernized visuals, then Tolkien’s Vision is essential. 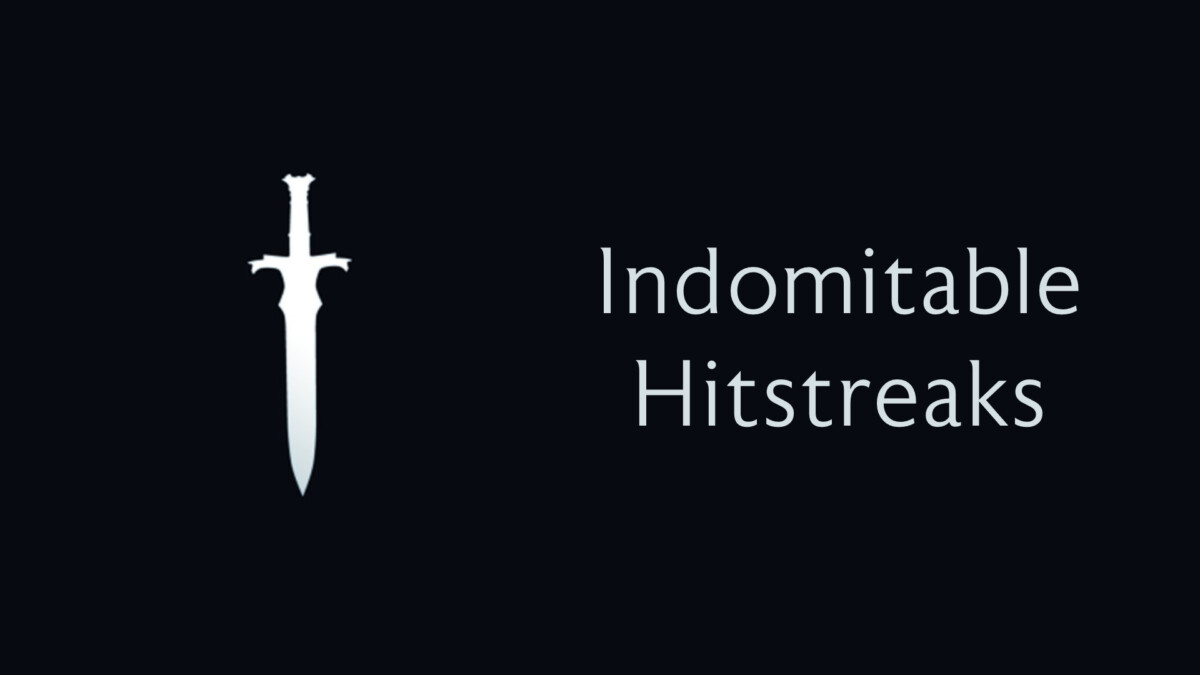 No more worrying about mistakenly being whacked and sending you back to square one – now you can confidently keep on swinging with no fear of losing your hard-earned streak.

With this mod, it’ll be like the enemies don’t even exist. Plus, it’s so simple to install that you’ll have zero worries about technical challenges – just pop it in, and you’re good to go. 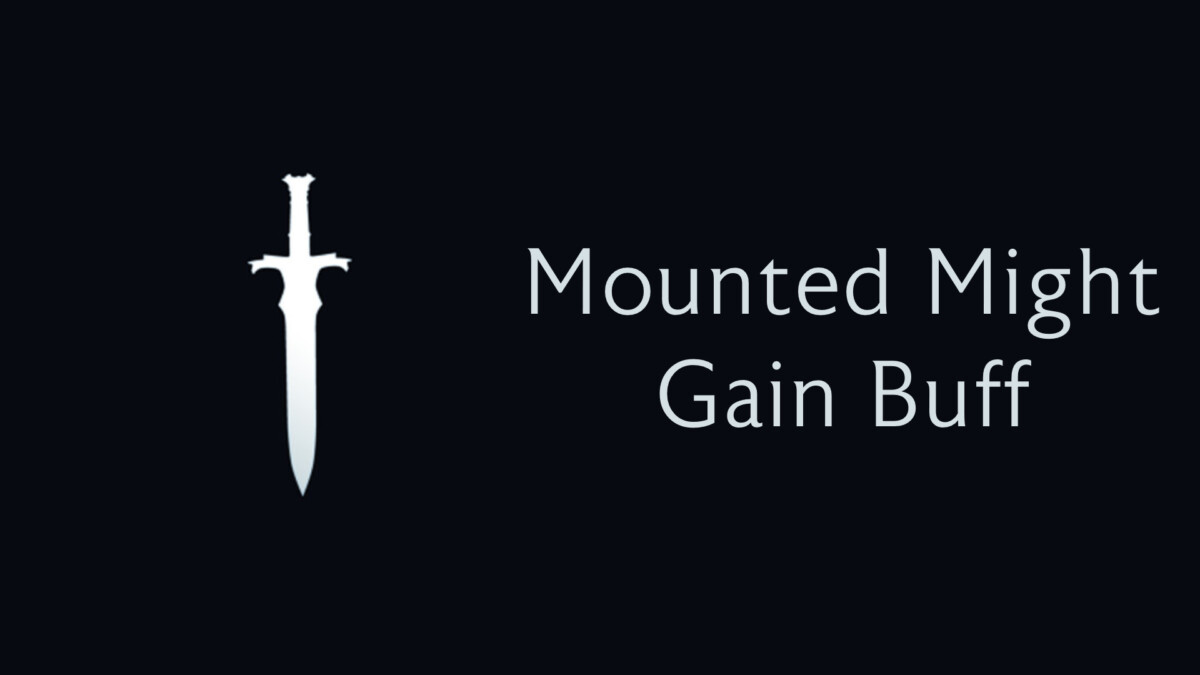 Mounted Might Gain Buff seeks to level the playing field by increasing the might gained while riding mounts.

This system makes mounted combat more effective than ever, as you can easily mismatch your foes with increased power — particularly those pesky ones with shield walls.

This adjustment has made fighting on a mount much more rewarding, no matter the situation. Be ready to take charge and show those enemies who’s boss!

In a few mouse clicks, you can bring your gaming to life with an amazing preset and shaders package that adds realistic visuals without compromising performance.

Don’t worry – it’s not bogged down with difficult shaders or anything like that – and you’d be surprised at how easy it is to get set up with 3D stereoscopic viewing.

Get ready to take your game night to the next level and make the most of the immersive fun! 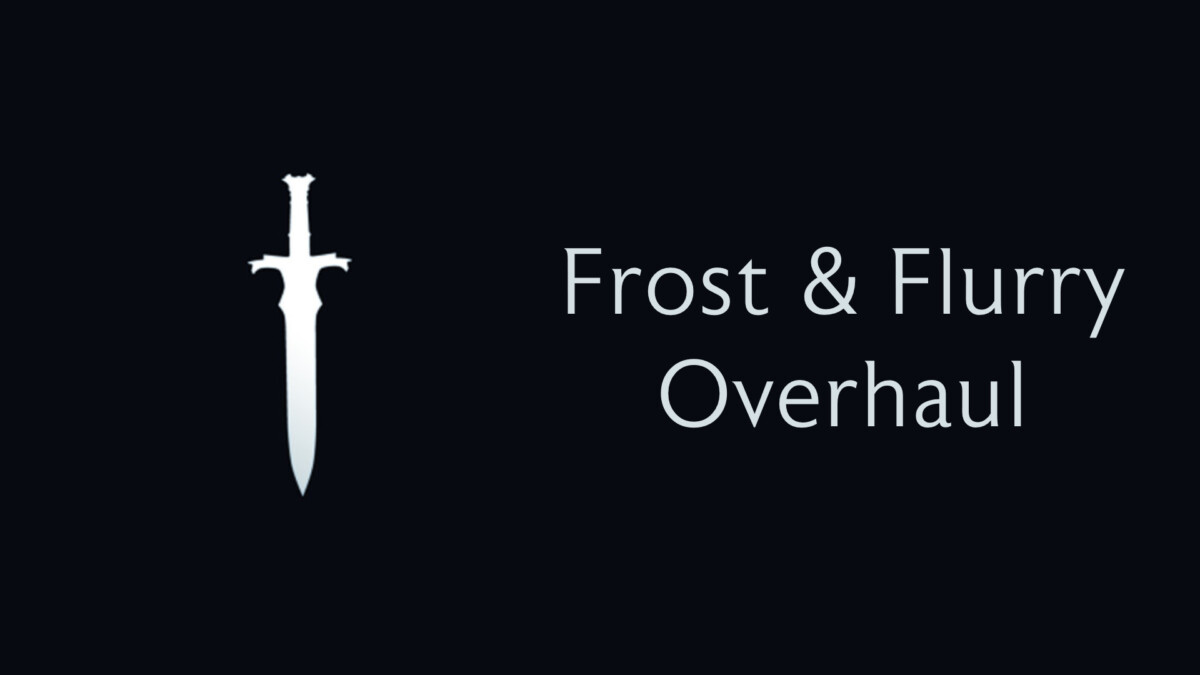 By allowing players to opt out of the flurry attack and freeze stun, once those skills are purchased, Overhaul offers more tactical options when fighting enemies and gives the player greater control over the battle.

No longer do you have to rely on the default flurry attack or freeze stun; you can tailor your approach with a modifier key and make sure each action is precisely what you need, right when you need it. 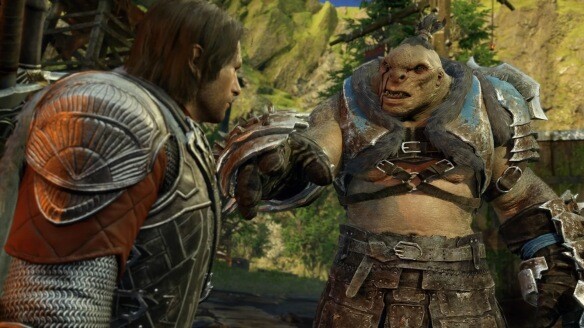 Middle Earth Redux is a set of options for Reshade that make SoW look way better.

Reshade has been a game changer in the world of graphic modding ever since its release.

With the application of its preset to popular games like Shadow of War, players have experienced a dramatic shift in their experience – from lackluster to something far more impressive.

The lighting becomes more vibrant and advanced, providing gamers with an all-new realistic feel that envelops them as they adventure through this enhanced world. 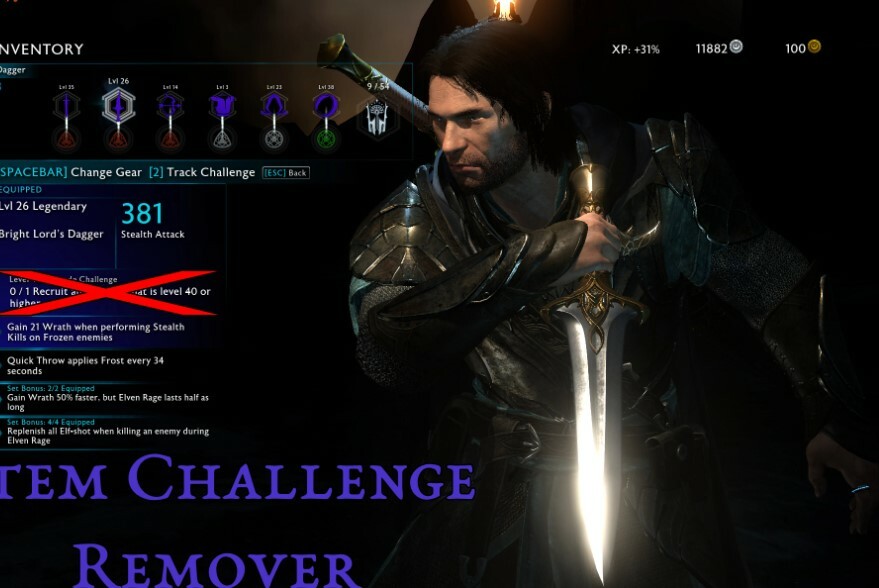 With the Item Challenge Remover mod for Shadow of War, players can upgrade their equipment easier, with a much more flexible approach.

No longer does it take an excessive amount of time to complete item challenges and acquire upgrades; these challenging missions have now been autocompleted, which allows you to bypass them completely and focus on other aspects of the game.

All that’s needed is to pay the Mirian cost associated with those upgrades, providing an easier way to obtain better gear in a much less complicated manner. 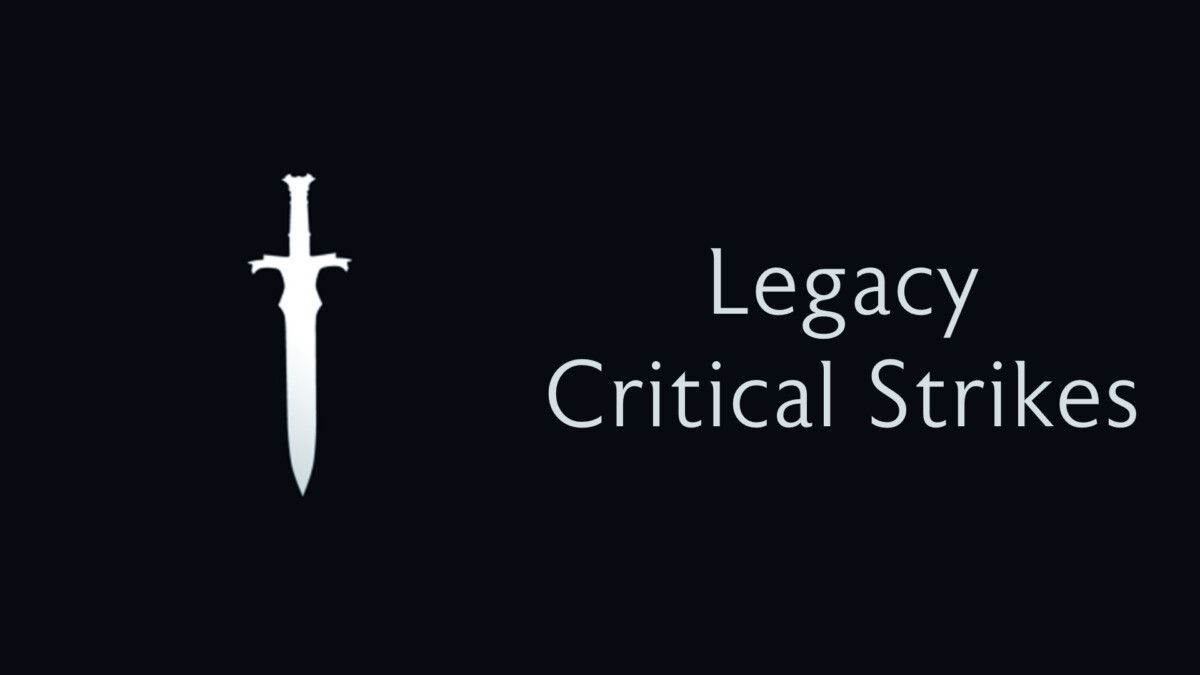 This mod makes it easier to reach two-handed attacks faster than ever before.

With Legacy Critical Strikes buffed, the hit counter will increase by two, which allows for more flexibility when it comes to attacking – you can get to a two-handed attack in much less time.

It’s the perfect mod for anyone wanting to maximize their success on the battlefield, slashing their way to victory. 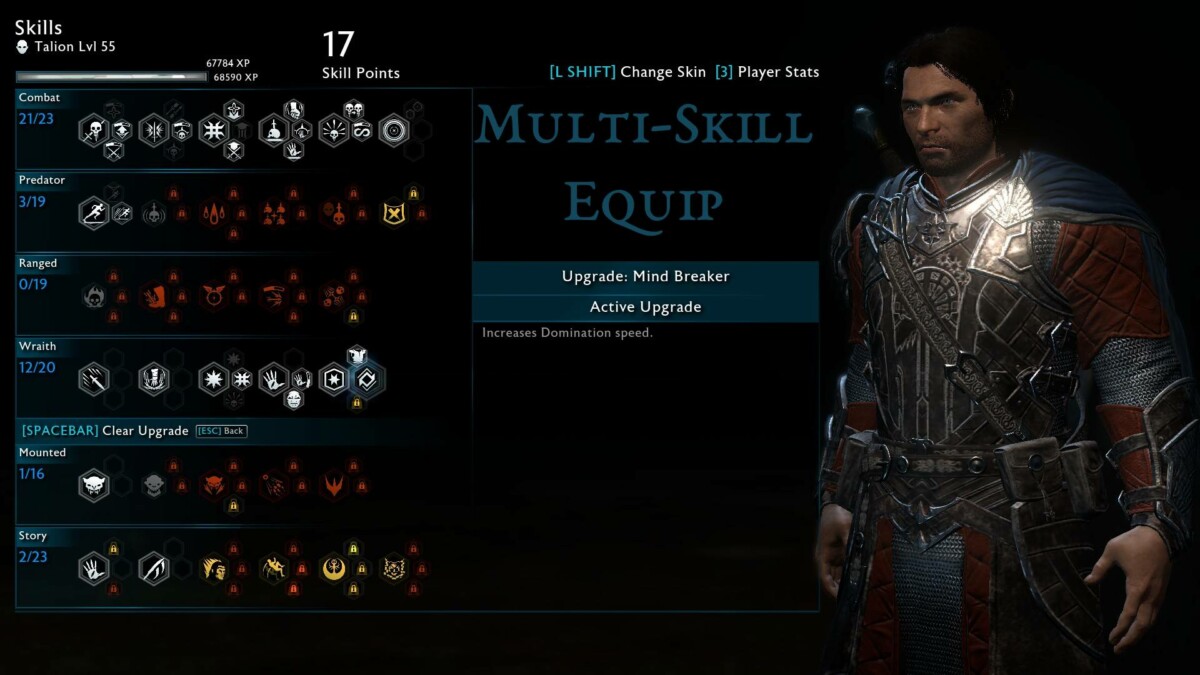 With the ability to equip multiple skills at once, you can unlock powerful combo possibilities that almost feel like cheating.

No longer restricted to one ability, you’re free to flex your skillset however you please – giving yourself the edge in every single situation.

To do so, simply equip a skill while holding the specified hotkey (by default CTRL); if not held down, it will unequip all equipped skills.

Enjoy the freedom and powerful-ness of having multiple skills at once – with only a few simple steps!