It’s time to put the spotlight on Aquarius anime characters!

Learn what makes them an Aquarius, as well as how they show these traits in their respective shows. Oh, and fair warning, there are spoilers included!

Aquarians and friends, let’s dive in!

Birthdates from January 20 to February 18 are under the Aquarius star sign. 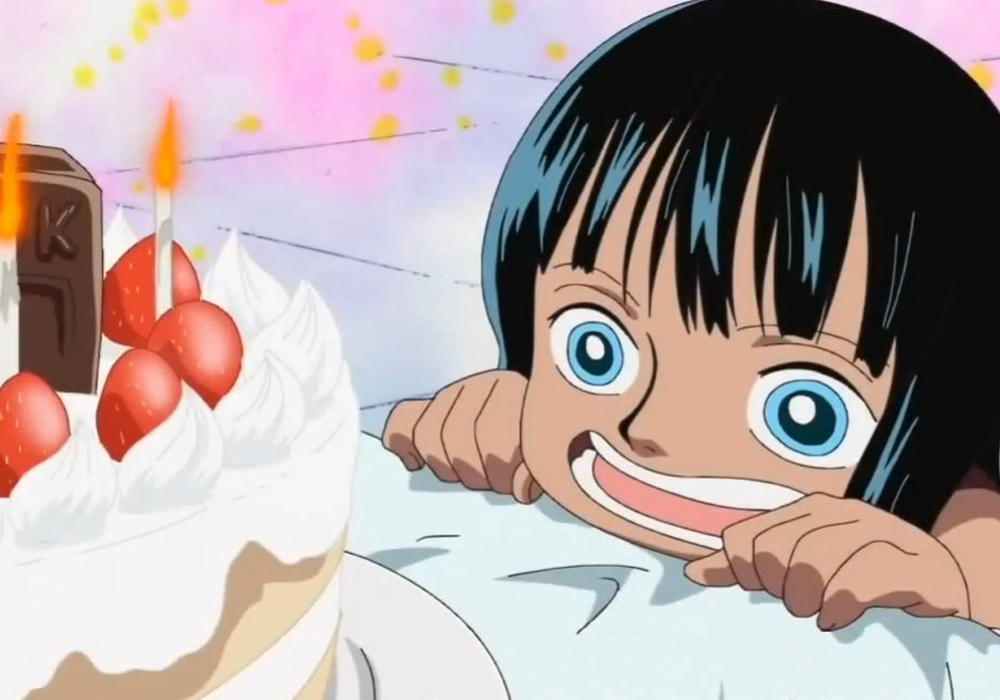 To start, Aquarians are what you call visionaries. They’re pragmatic, progressive, and want to impart a positive change to the world. Their compassionate hearts have a strong sense for justice.

They are also a smart bunch! Analyzing, problem-solving, and seeing the big-picture are what they do. But they can also get creative and artistic too!

They tend to be original and revolutionary with their ideas and solutions. But this originality and uniqueness can make some of them a bit eccentric. 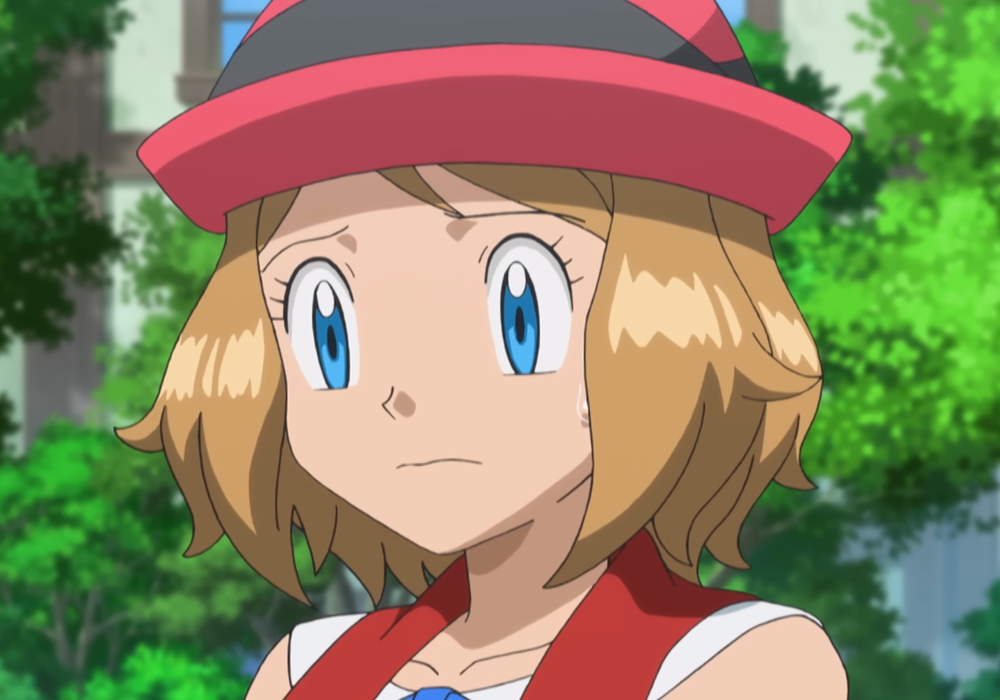 Sadly, there’s a dark side to all these if an Aquarian is not careful.

Being practical can make them seem cold and aloof. They also tend to stick to their ideas and have a hard time changing their mind.

Their idealism for something better can make them delusional. Frustration and dissatisfaction happens when things fall apart.

Keep these in mind so you won’t lose your way, Aquarians! 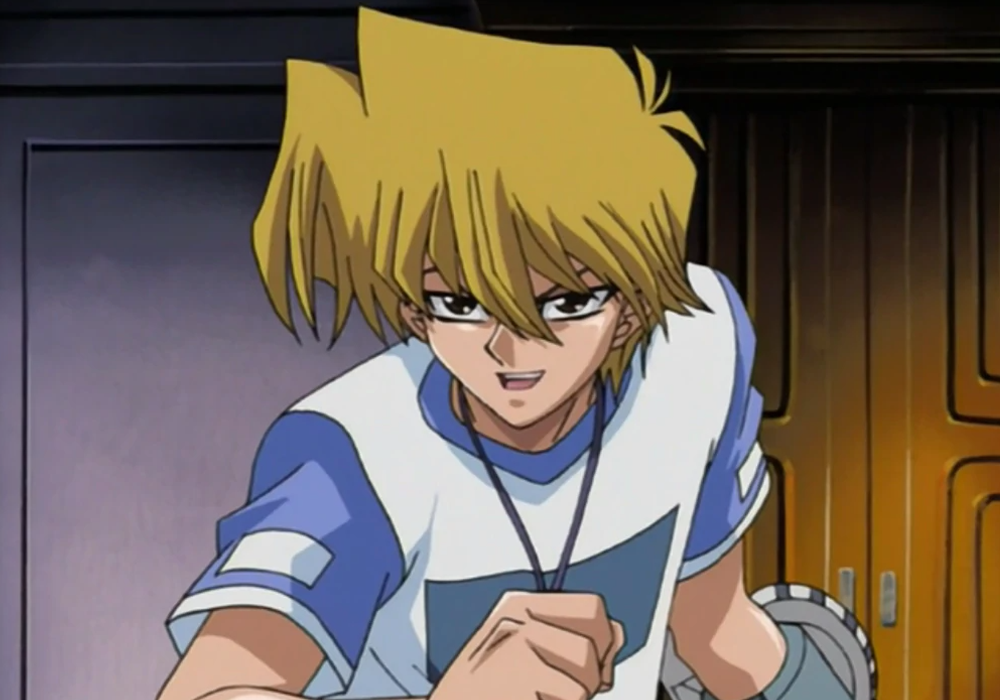 We’re starting this list with one of Yugi’s closest friends, Joey Wheeler.

Joey started out as a bully towards Yugi. He even threw the Millennium Puzzle into their school’s pool! But he quickly saw Yugi’s genuine heart, and the rest is history!

Joey might not seem like a typical Aquarius, but he believes Dueling is about fighting to help the people you love, not for selfish reasons. This shows the visionary and selfless side of his sign. 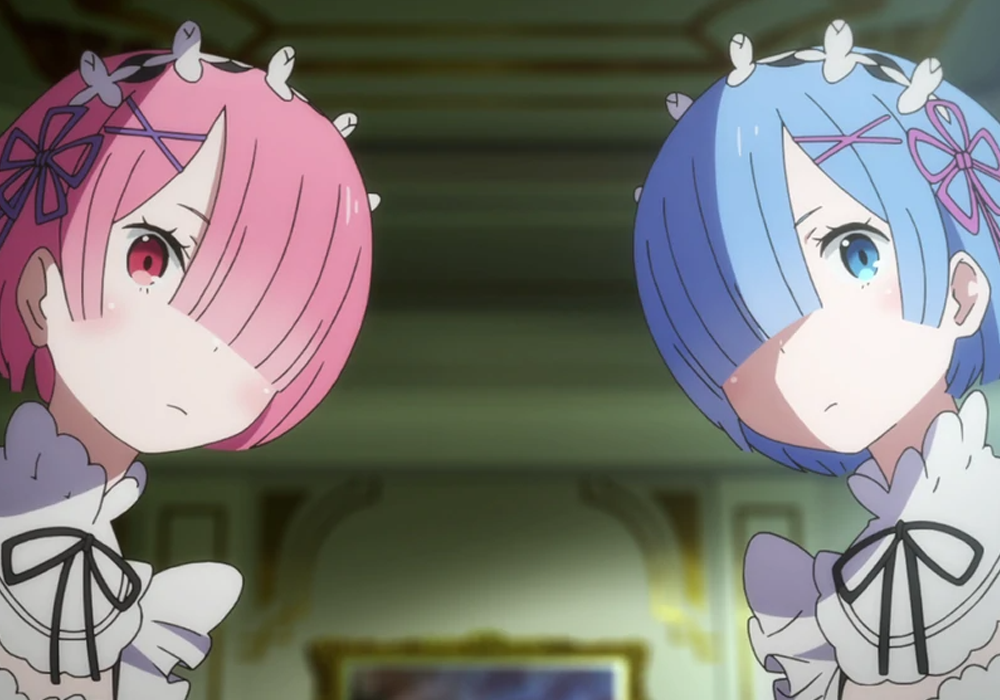 Ram was born with immense talent and skill. Her powers were so great that the village chief declared her as the Oni God born again.

Despite the entire village showering her with praises and adoration, Ram did not let it go to her head. She knows that she has a duty to her tribe.

Sadly, Rem didn’t show the same aptitude as her twin sister. This sunk her self-esteem as she could not live up to the idealistic expectation everyone had of her, even herself. 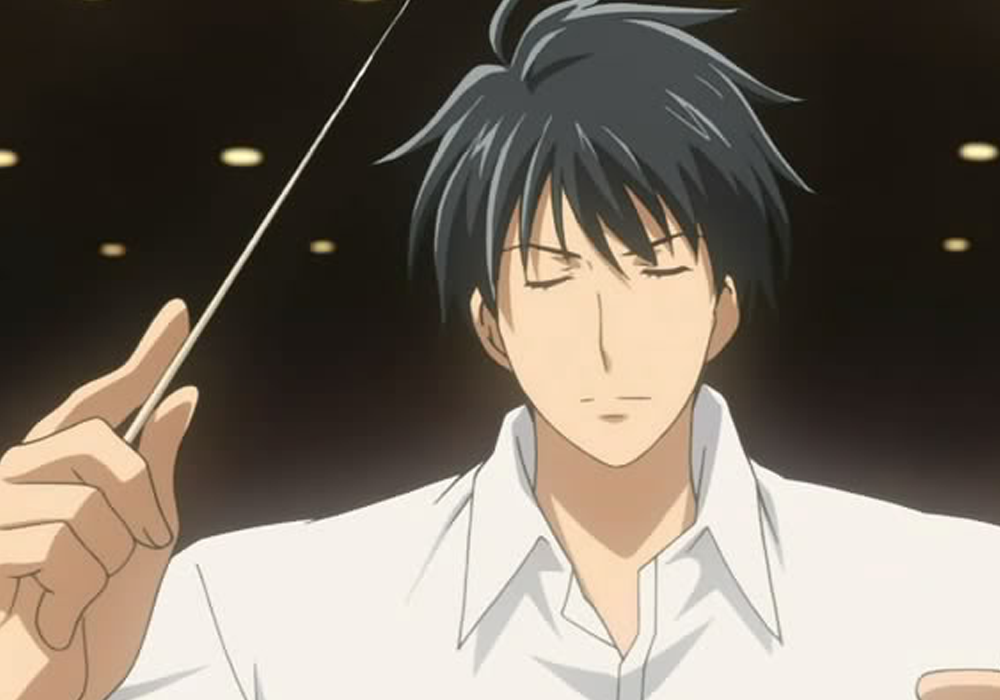 Chiaki shows his Aquarius side through his artistic skills in music. He’s a great conductor that has expertise over instruments and how everything can blend in together.

As a conductor, his Aquarius trait of seeing the big picture of things definitely helps a lot! Later in the story, he moves to France with Nodame, where he continues his music career. 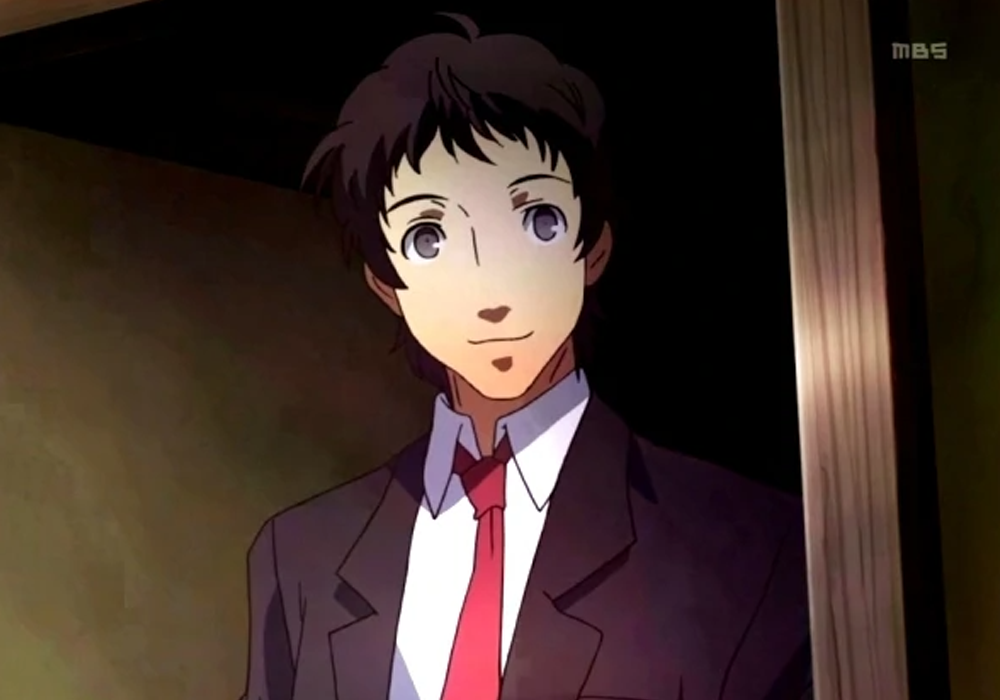 Raised as an excellent student, Adachi prepared himself for success. His parents focused too much on grades, and that made Adachi develop an unhealthy sense of self-worth.

But when his idealized life did not happen, and he got sent to “middle-of-nowhere” Inaba, he became frustrated and dissatisfied with his reality. He ended up doing unspeakable things to relieve his stress.

A lot of idealistic Aquarius can get into a state of dissatisfaction when the reality they idealized falls through. 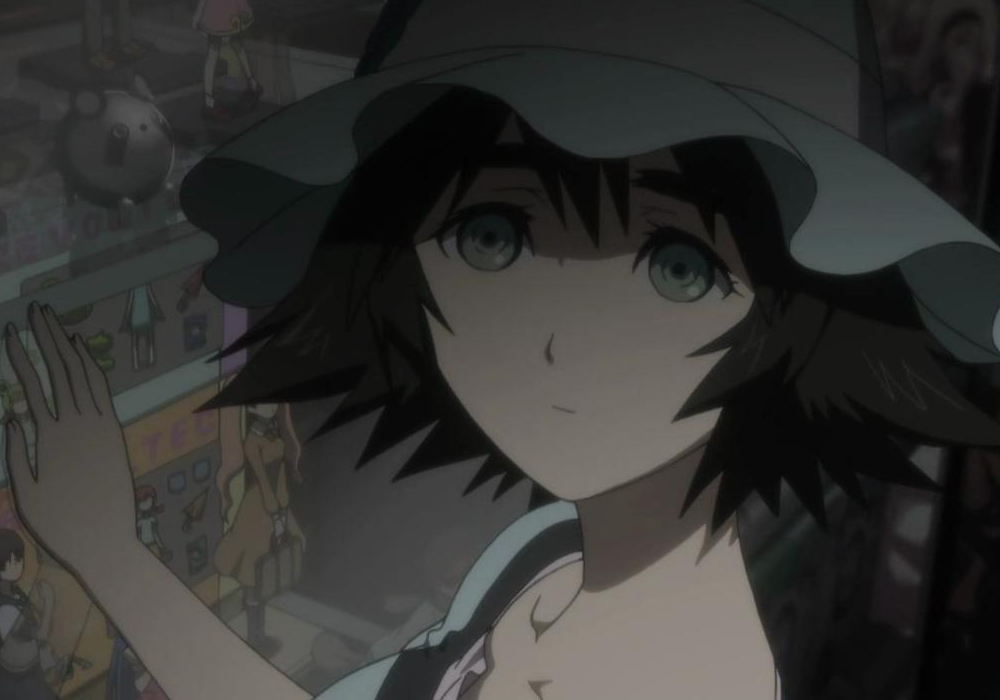 Mayuri displays the unique and quirky side of Aquarius. She has a cute habit of making adorable nicknames. It’s how she came up with Mayushii for herself and Okarin for Okabe.

She might not seem intelligent, but she is actually very perceptive, which Kurisu noticed when Mayuri perceived everyone’s emotional state.

She is also selfless and puts the well-being of others first. After knowing her fate, she’d rather choose her heartbreaking ending and let Okabe be happy. 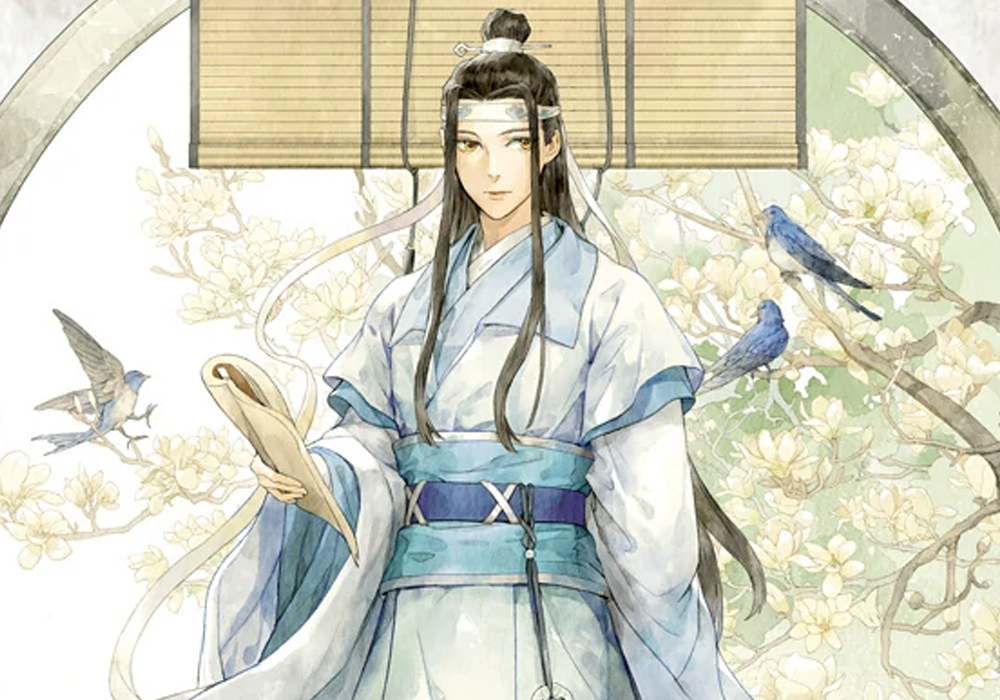 Lan Wangji believes in following rules that are set for the greater good.

As a young lad, he was so obedient that he would punish himself whenever he broke some rules, like wandering out of the Cloud Recesses with Wei Wuxian.

But an Aquarius’s strong sense of justice and moral compass can override being a stickler to the rules. Lan Wangji has no qualms about breaking the rules if it goes against his beliefs. 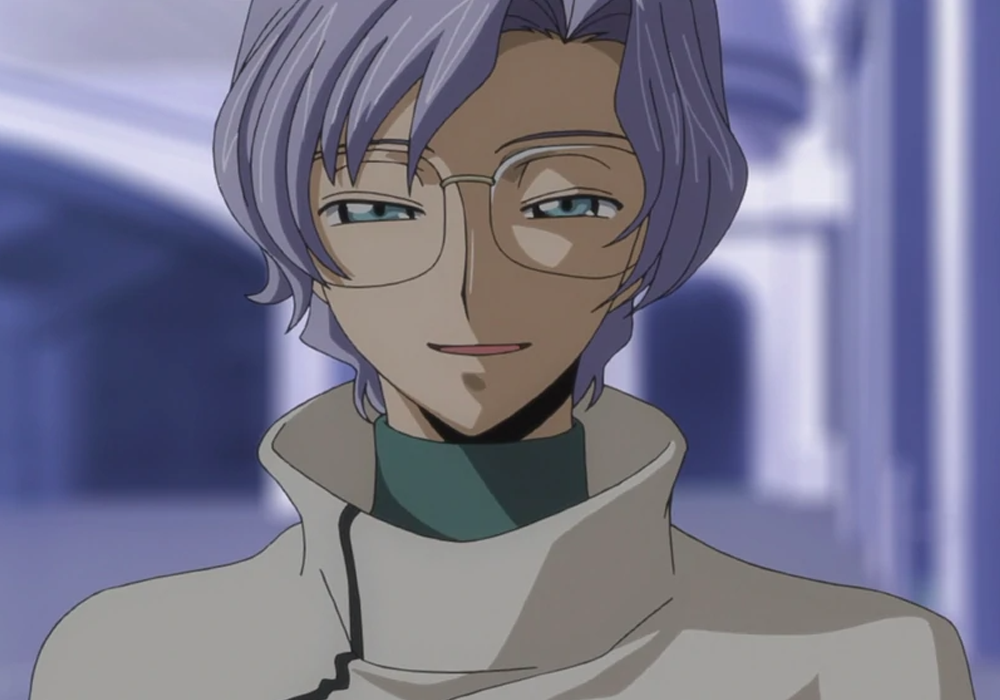 This eccentric inventor and mad scientist from Code Geass displays the intelligence and oddities that come with some Aquarius people.

He is known for his Knightmare development and tech, most notably the creation of Suzaku’s Lancelot. 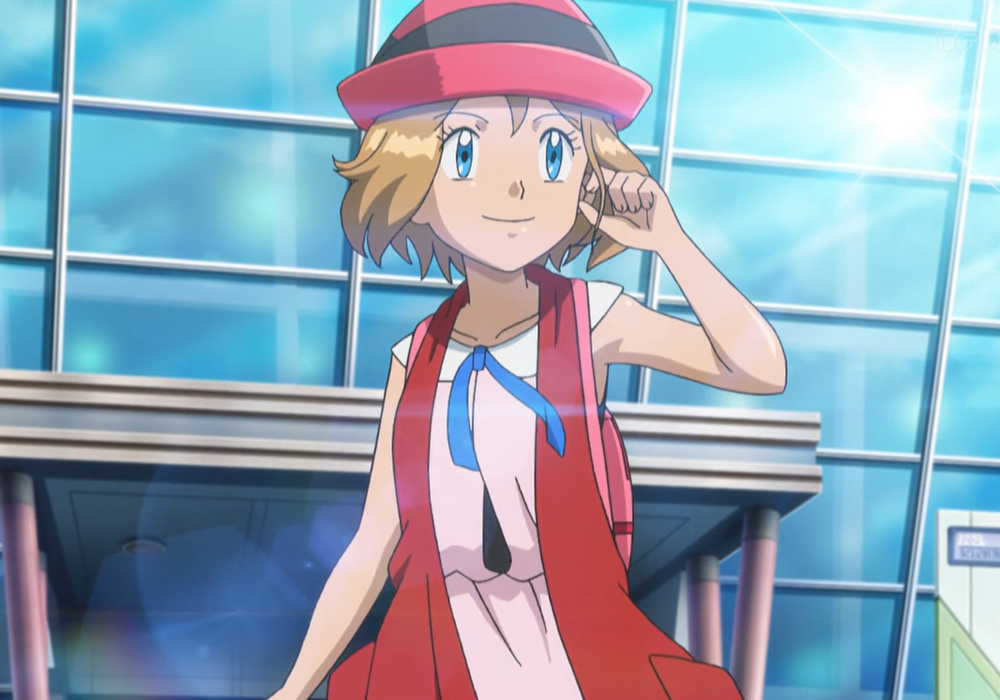 Serena is an artistic Aquarius who loves fashion. She also has great tailoring skills, which she showed when she quickly altered her Rhyhorn’s racing gear in one episode.

While she’s normally a polite and kind-hearted girl, especially to her Pokemon, her idealism can get the best of her when she’s anxious, so she ends up being frustrated.

At one point, she lashed out at her Pokemon when a Pokemon Showcase rehearsal went wrong. Fortunately, it became a learning and heartfelt experience for everyone involved. 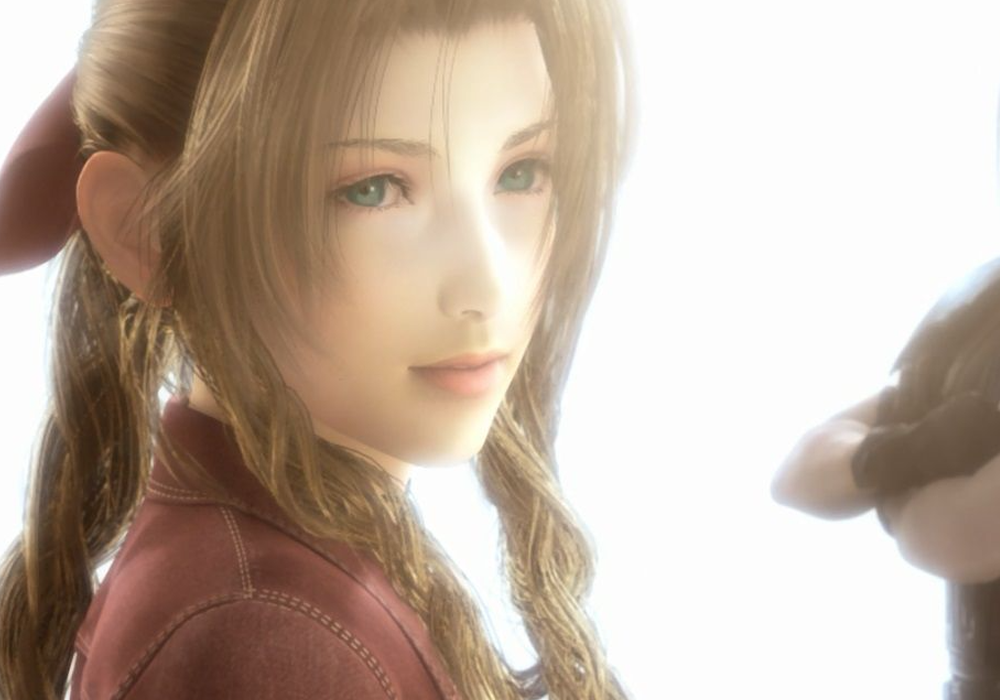 Even beyond death, Aerith’s selfless and compassionate Aquarius heart continues to live on.

In Advent Children, Cloud has a vision of her where she asks his reason for his journey.

Cloud, still feeling guilt over her death, asks for forgiveness. She asks back about it, implying she doesn’t blame Cloud for her death at all.

At the end of the story, she does a selfless act for everyone and casts healing rain that cures the Geostigma virus. 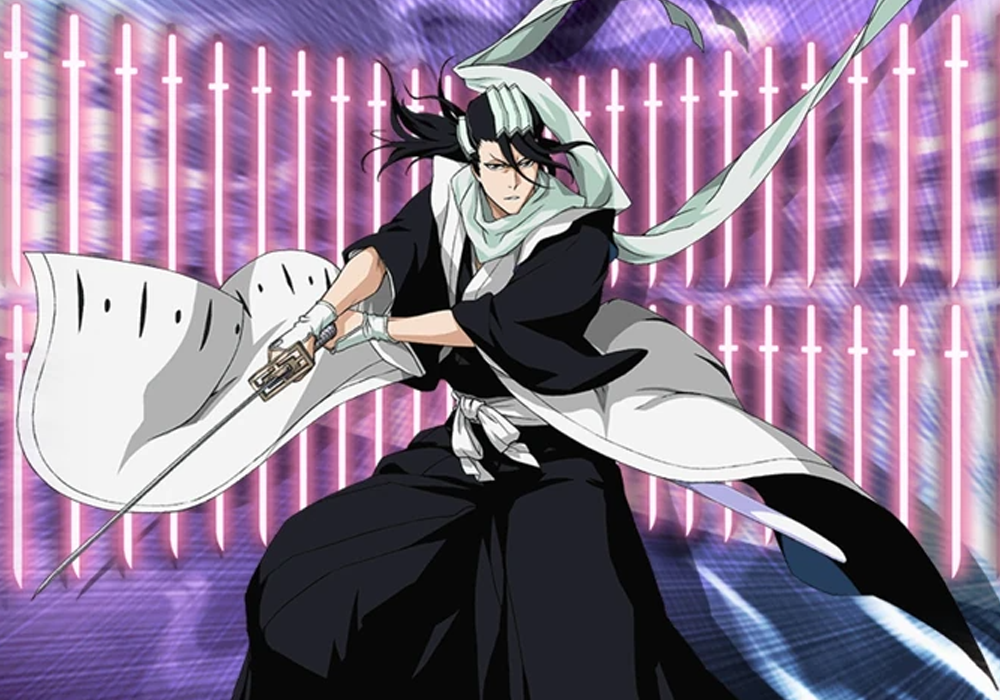 Even though it went against his family’s rules, he married Hisana, who was from a social class deemed lower by his clan and society in general. But it didn’t matter to Byakuya – he loved her and cherished their short time together.

He broke his clan’s rules again by adopting Rukia to his house. She’s another lower-class citizen and is actually Hisana’s sister.

All this rule-breaking regarding social statuses feels progressive, which is something Aquarians tend to do. Byakuya also checks the stoic and aloof personality that some Aquarians have. 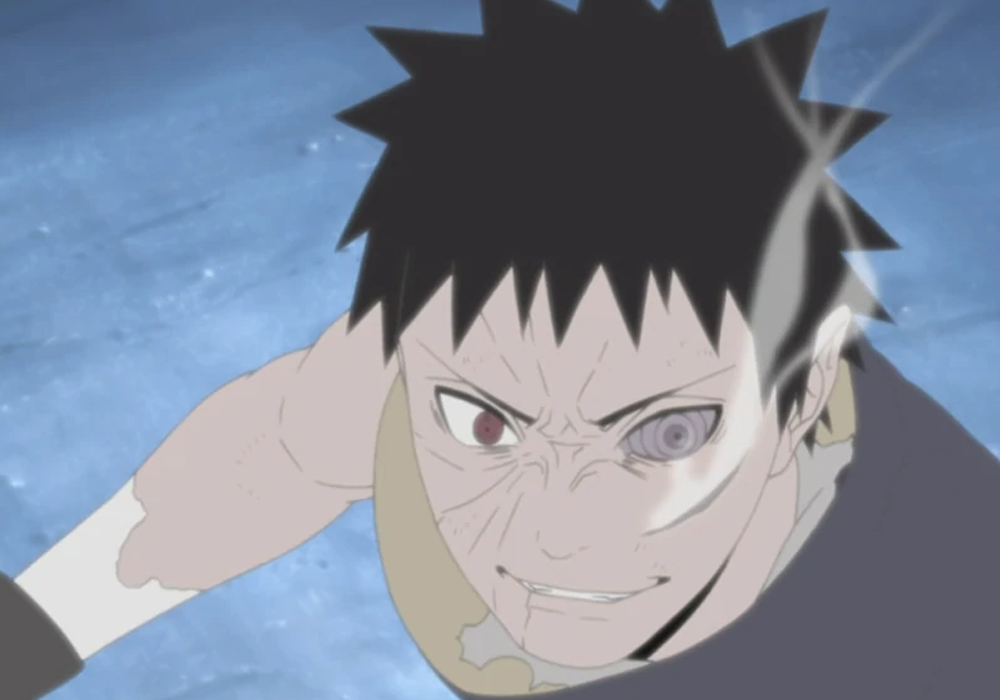 Obito constantly pushed himself to be a great ninja. Unfortunately, he always fell short next to his teammate, Kakashi.

The Aquarius trait of feeling dissatisfied and frustrated when an idealized goal falls apart reared its ugly head to Obito.

Upon hearing of Madara’s ultimate goal, Obito agreed to enact this plan, thinking it was a good plan and vision for the world. 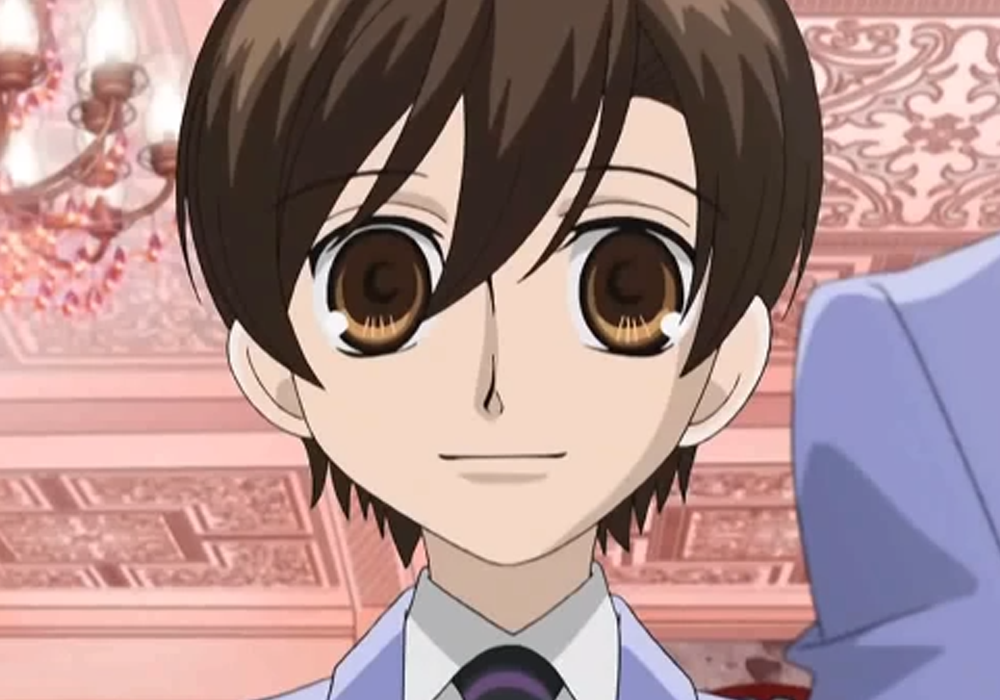 Haruhi’s addition to the host club is something new and innovative. She also doesn’t mind appearing as a boy or wearing boy clothes.

Like some Aquarius people, Haruhi is pretty blunt and honest with her words. She’s pragmatic that way and thinks saying things otherwise is a waste of time. Gotta agree – it’s clearer that way! 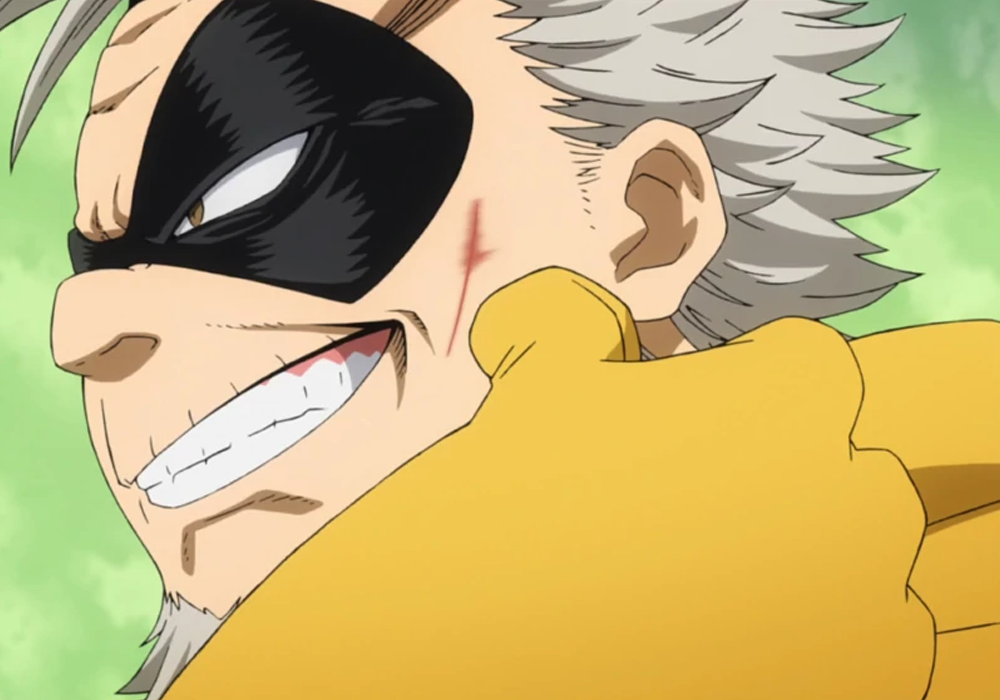 Despite his age, he’s far from being senile! Gran Torino is actually perceptive and immediately notices Izuku’s potential and struggles.

He also had a creative approach when teaching Izuku to control his powers, such as using taiyaki as a metaphor.

Aquarians are known for their intelligence in problem-solving and coming up with revolutionary ideas. 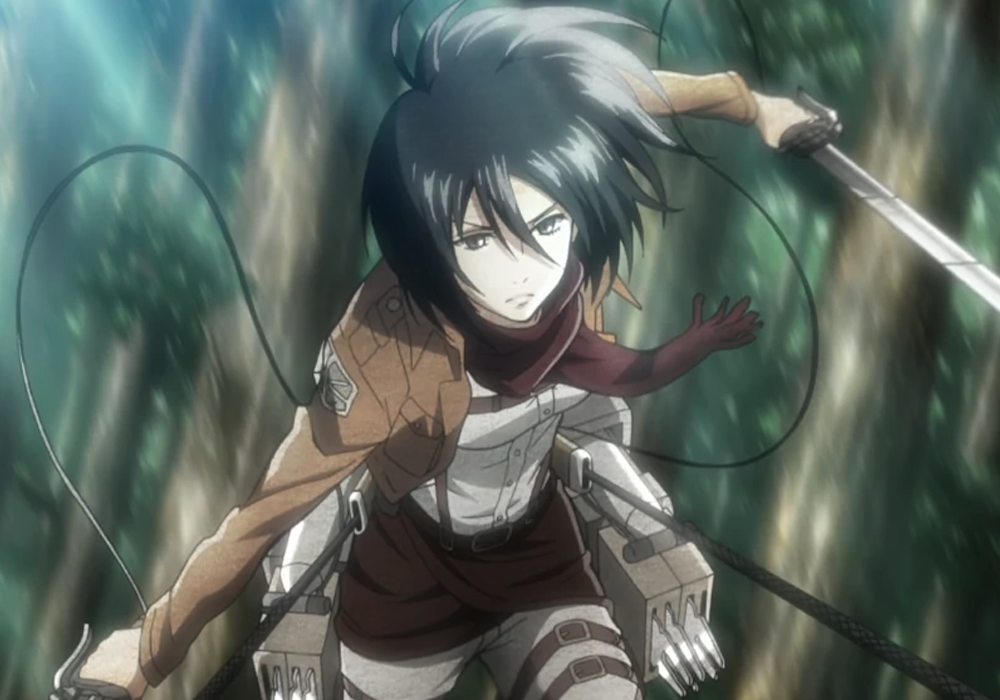 Mikasa is never the talkative kind, which is a tendency some Aquarians have. She’d rather be blunt and to the point and talk with her fists. She’s definitely the no-fuss kind of person!

And even though her main driving force in life is to keep her loved ones safe, particularly protecting Eren, she still has a compassionate heart that looks out for the good of people.

Early in the series, a path in town was blocked because of a greedy merchant. Even though she wanted to find Eren, she stopped to unblock the road and help the people flee from the Titans. 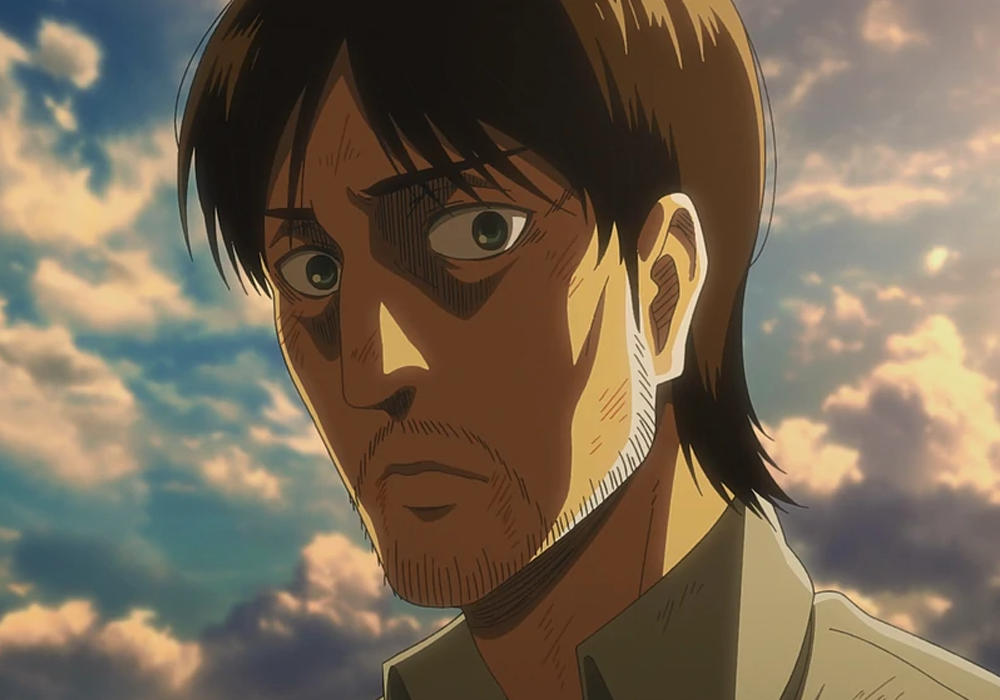 Mikasa’s adoptive father is an Aquarius too! He ranks higher than her due to him having more obvious Aquarian traits.

The tragic story of Grisha started out because he wanted justice for his sister and fellow Eldians. He had a progressive and ambitious vision to liberate his people, but in the process, neglected some aspects of his life.

In his new life in Eldia, he focused on continuing his goal. But the methods used to reach this was quite surprising, to say the least. 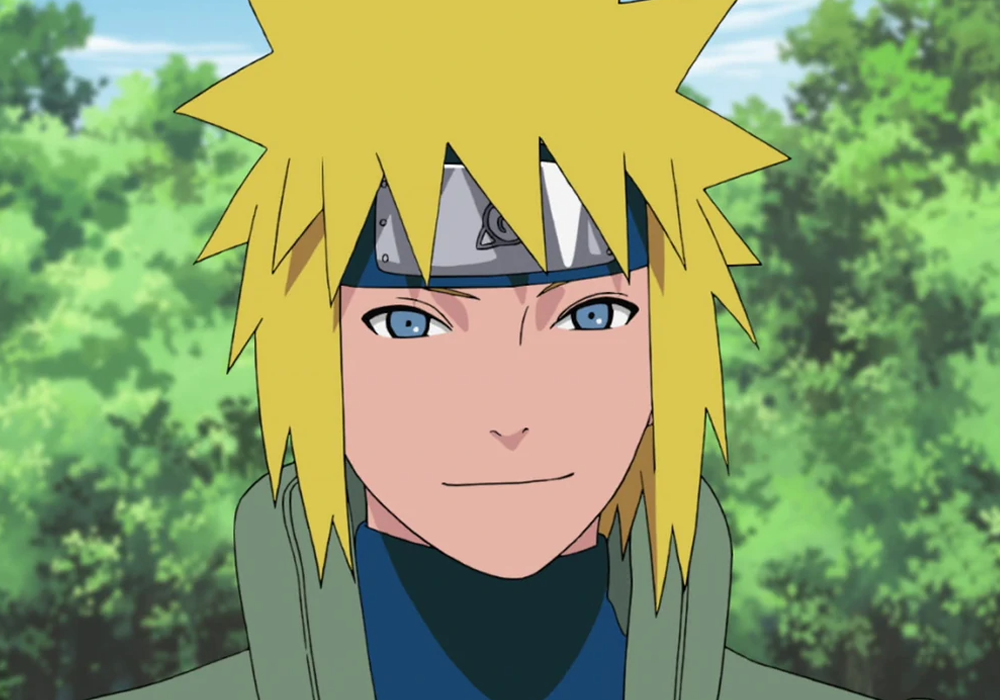 Hailed as a rare genius and prodigy, Minato definitely shows the intelligent trait of Aquarius.

He was also the only one who was perceptive of the red hair strands that Kushina left as a trail when she was kidnapped.

As the Fourth Hokage, he aimed to protect the village to the best of his abilities.

He taught the Hokage Guard Platoon a special technique for their duties and ultimately sacrificed himself and even his son for the greater good. 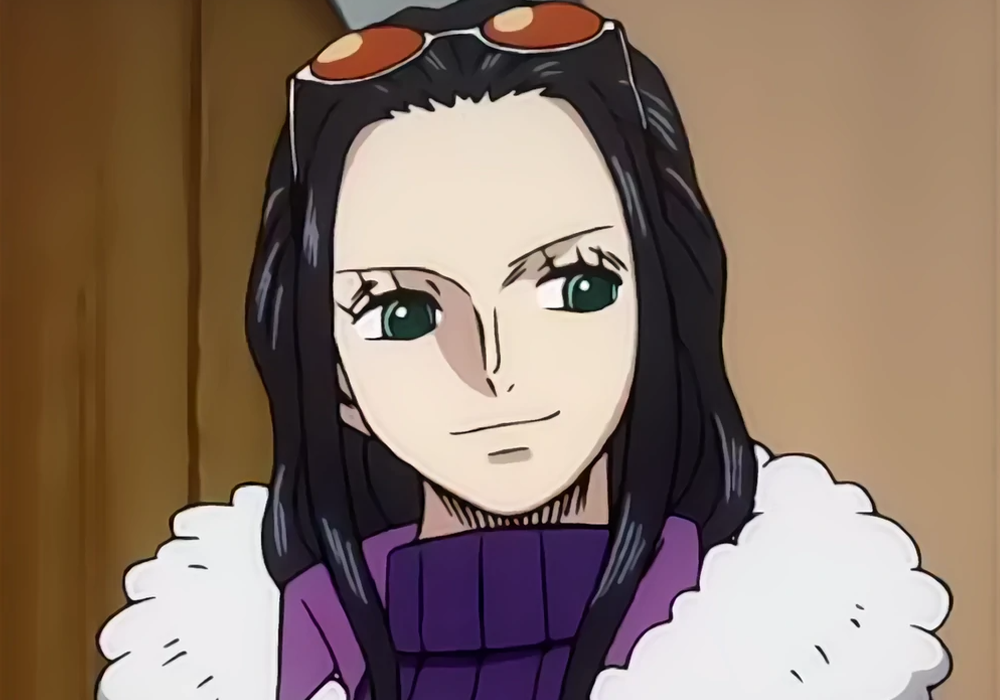 As an archeologist and historian who loves solving the mysteries of the world, Nico Robin definitely shows the intelligent side of Aquarius.

When compared to the rest of the crew, she is one of the quieter ones, which is also another Aquarian trait.

But even though Aquarius people have a tendency to be short with their words, when they express emotions, it will be a sudden burst.

Robin showed this when she cried out to Luffy and the crew during the Enies Lobby Arc, which was quite memorable! 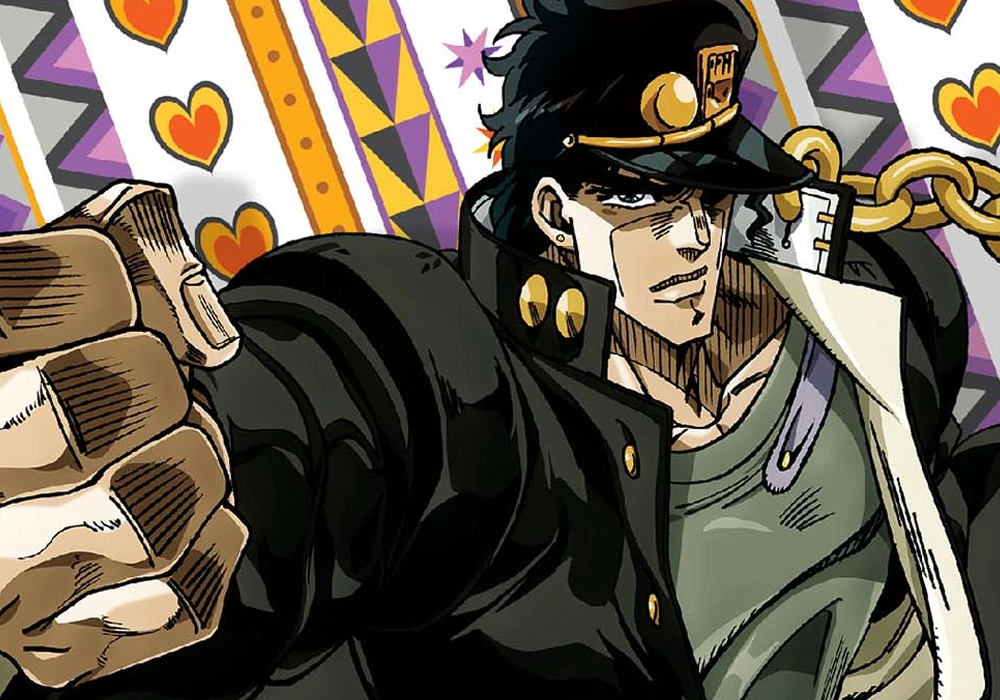 A man with few words, Jotaro is known for only replying with just short phrases. This is due to his pragmatic thinking that replying a lot is a waste.

He also believes people can tell how he’s feeling just from his face anyway. That’s amusing, considering he always has a poker face! 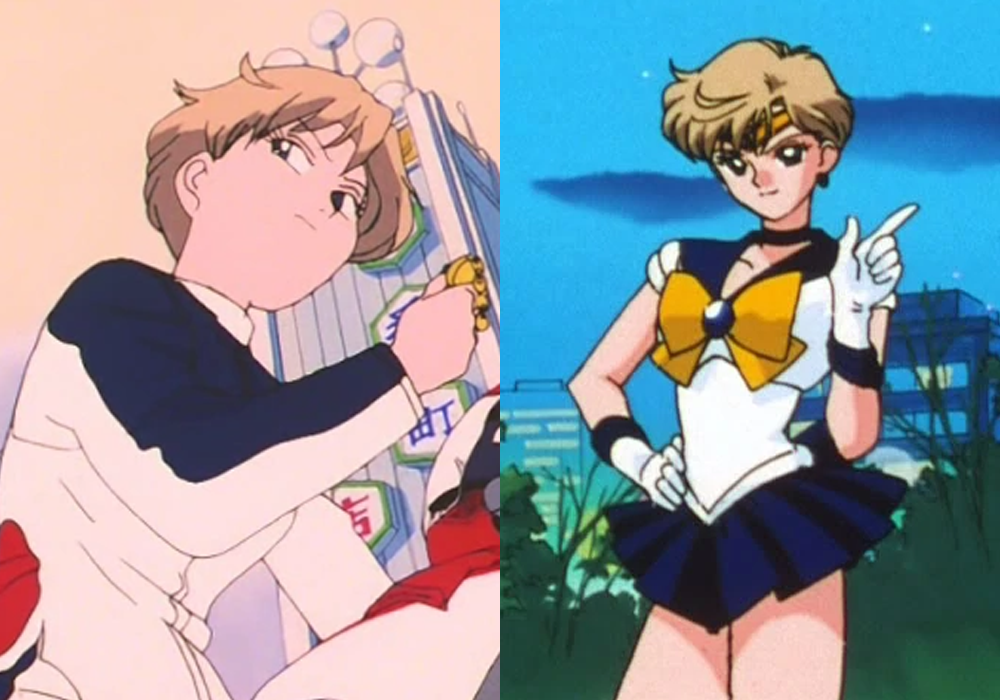 As the planet for this star sign, we definitely had to include Sailor Uranus on this list!

Haruka’s character has always been quite progressive, especially when you consider the year her character was made.

She shows that it’s okay to wear clothes and do things that are not normally associated with your gender.

Haruka is fond of wearing suits and her school’s male uniforms. She also likes car racing! Most importantly, her intimate relationship with another Senshi was heavily implied. Inspiring! 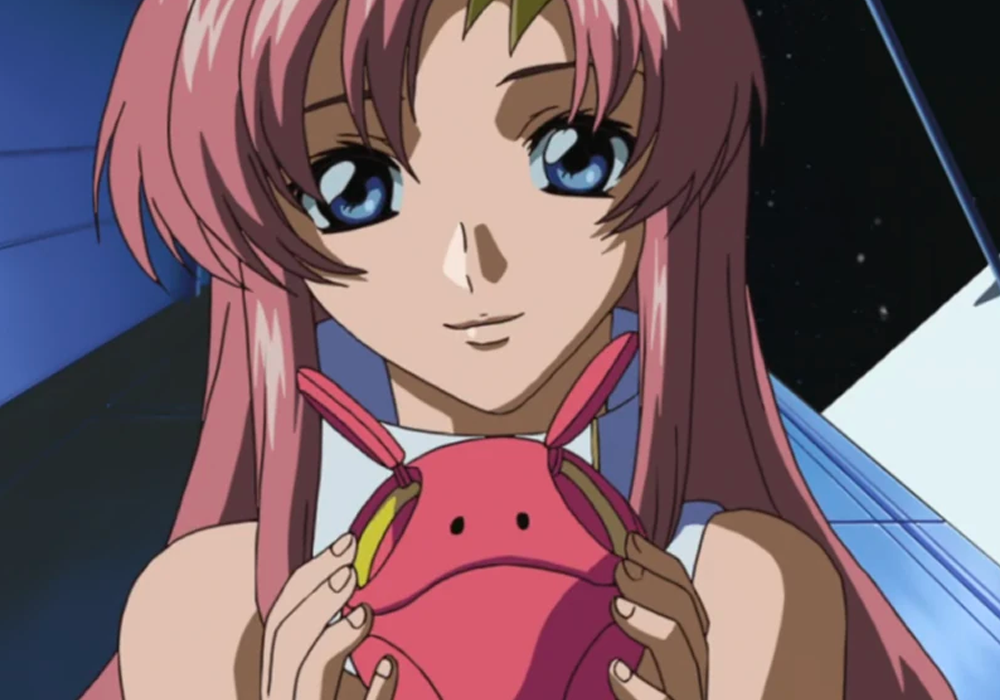 Underneath her idol pop star persona, Lacus Clyne is a pacifist with a strong sense of justice.

She sees the ironic reality between Coordinators and Naturals and tries to call out their supposed peaceful actions that only trigger more war.

Like her father, she wants to make a positive change in the world. She hopes to see Coordinators and Naturals live in harmony someday.

Lacus is an Aquarius that not only inspires people using her voice but through her progressive ideas as well. 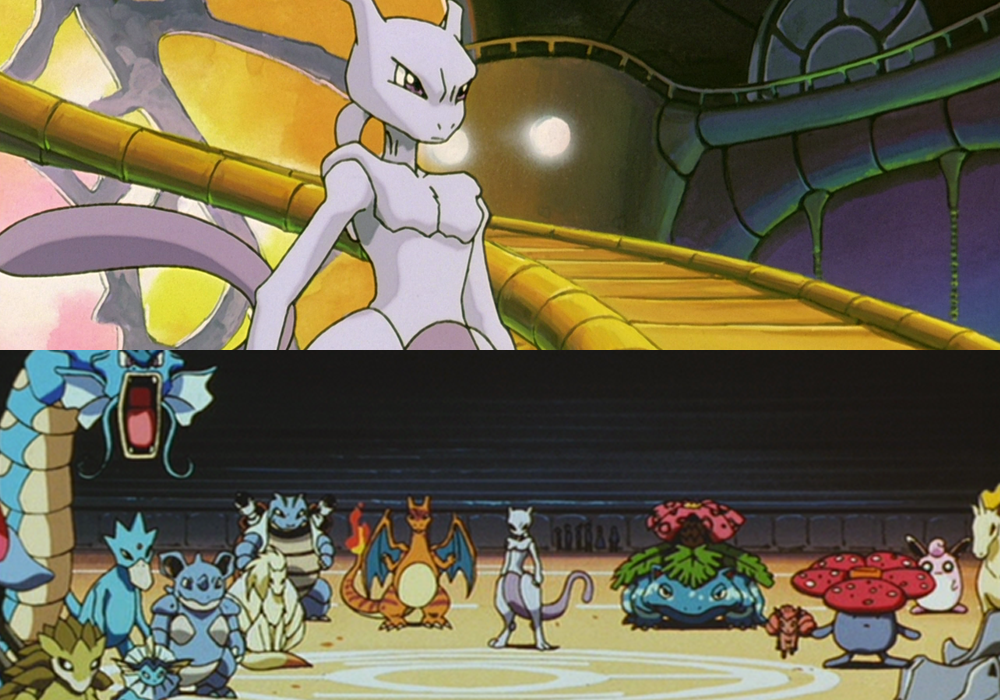 Yep, you’re reading this right. The character we crown as the best Aquarius in our list is none other than Psychic Pokemon Mewtwo!

Mewtwo is a man-made Pokemon created as a clone of Mew by Giovanni. Because of the evil ways he witnessed during his stay in Team Rocket’s lab, Mewtwo became jaded toward humans.

This pushed him to make a new world where Pokemon could be free from cruel trainers.

Mewtwo cloned as many Pokemon as he could to live in this new world. He then unleashed storms to wipe everything – from trainers to Pokemon who are complicit to them.

But by the end of the movie, Mewtwo sees the error of his ways. Ash’s sacrifice moved him, and he now sees the value of life and the good things in the world.

Ultimately, Mewtwo is an Aquarius who wants to make a positive change in the world for Pokemon. He wanted to fix the injustice he saw using quite a revolutionary method.

He seemed cold, but he truly believed he was doing good for the betterment of Pokemon everywhere.

Changing an Aquarius’s mind can be difficult, but it’s a good thing Mewtwo was able to reflect and change his ways.