For this zodiac anime article, it’s time to double up the fun with Gemini!

This twin-tastic star sign can’t help but be the star of the show when they’re around.

With their extroverted and playful nature, it’s always an enjoyable time with them.

Let’s start the fun with the best Gemini anime characters! 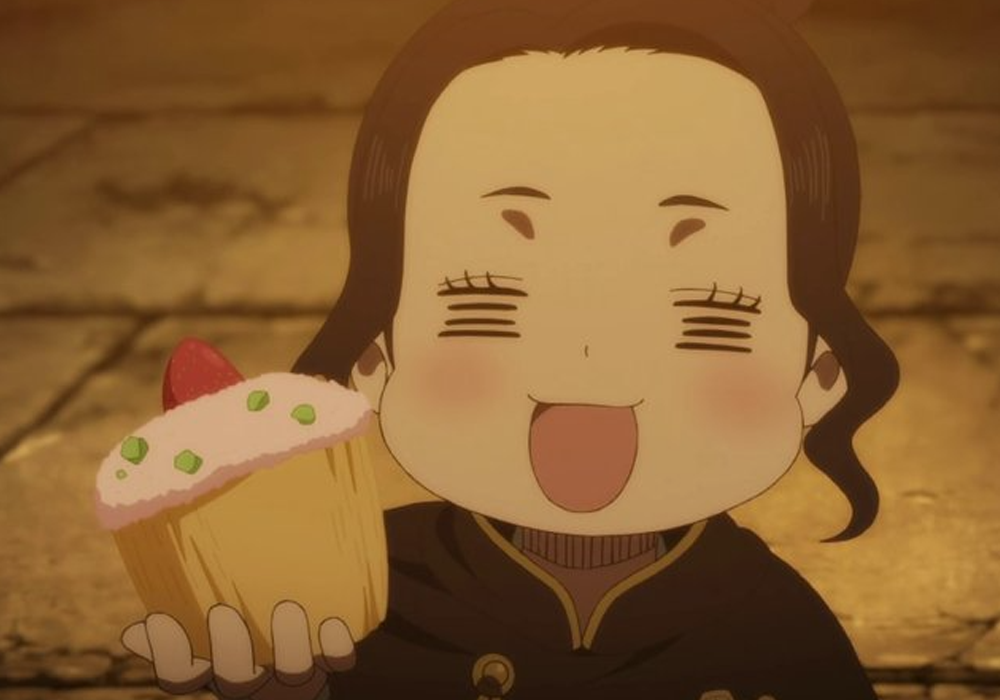 Those who are born from May 21st to June 21st belong to Gemini. According to Gemini’s Wikipedia entry, these dates cover both tropical and western zodiac calendars.

Gemini is the third sign in the zodiac. It’s represented by the symbol of the twins. In the night sky, its constellation forms the twins Castor and Pollux.

Trait-wise, Geminis are notorious for being extroverted, intuitive, and playful. They like to juggle a lot of interests, whether it’s hobbies, passions, or friends. 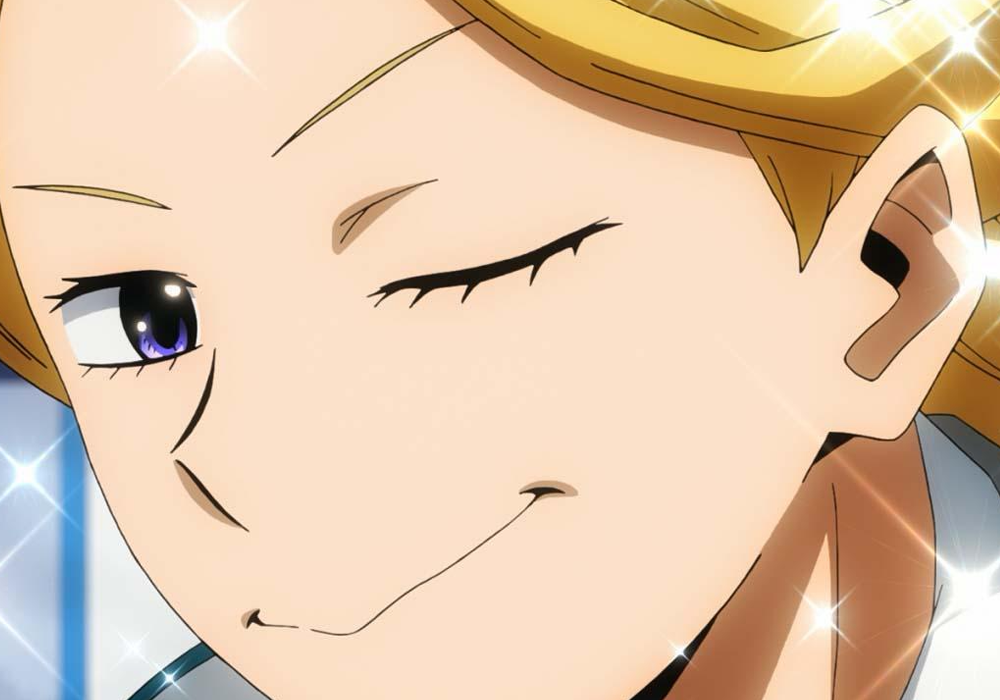 If they’re not careful, these positive traits can turn bad. They can get overwhelming, nosy, indecisive, and even unreliable.

But if they just get a hold of themselves and stay aware, they can be a great friend and companion to have. They’re friendly, passionate, and clever.

It’s always a fun and entertaining time with a Gemini! 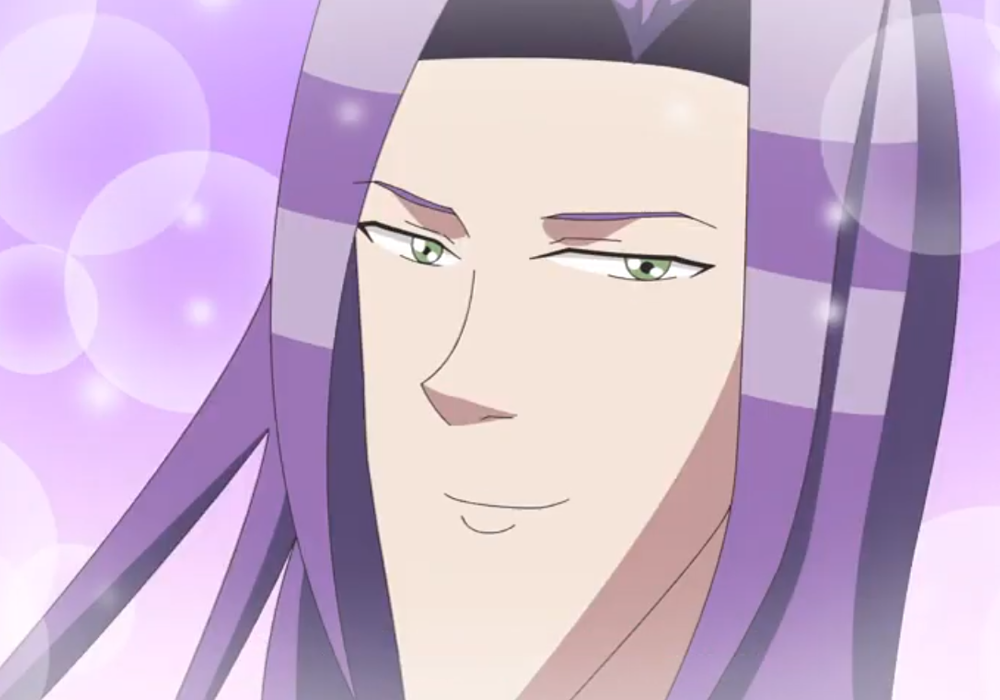 With a flip of his purple hair and some sparkles, Sakuya easily captivates the protagonist of the show and the viewers.

Although he’s known as a delinquent, Sakuya gives off a charming aura and easily befriends the MC of the show by returning his eraser.

He’s also a soccer star and is popular for his soccer skills.

Geminis love catching other people’s attention. Sakuya’s dazzling ways to get you to notice him is chin-tastic! 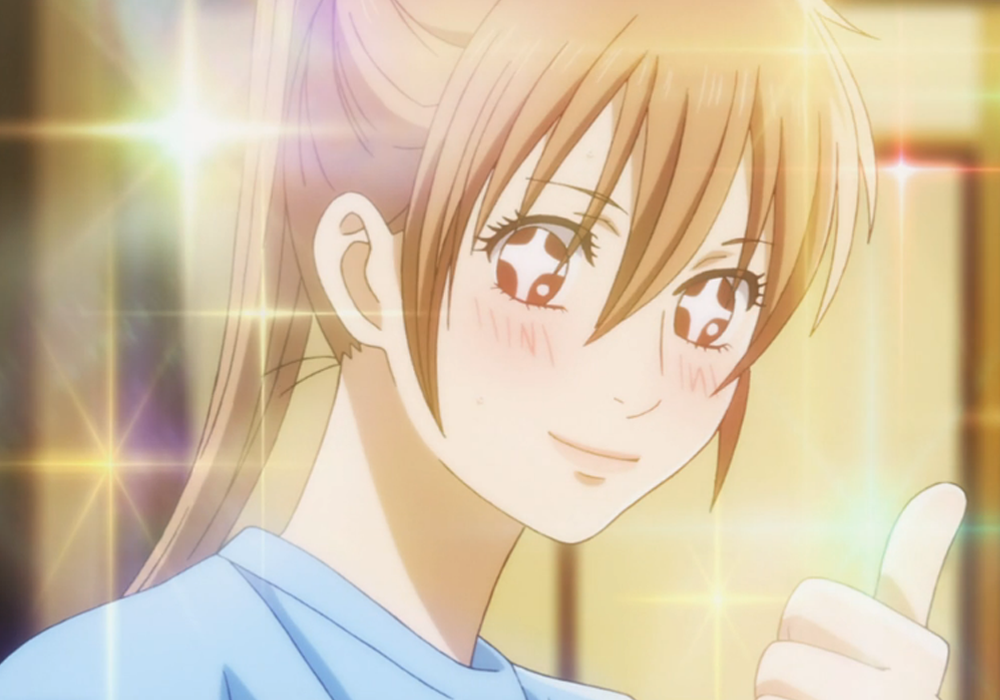 As a kid, Chihaya wanted to be a fashion model. But after being introduced to Karuta by a friend, she was all in for this card game.

Geminis like to juggle a lot of interests. For Chihaya, even though she is now entirely focused on Karuta, she was still open to trying it, which also shows a Gemini’s love for adventures.

Chihaya also has a tendency to be a bit tactless. Geminis do love to talk and share their thoughts a lot! 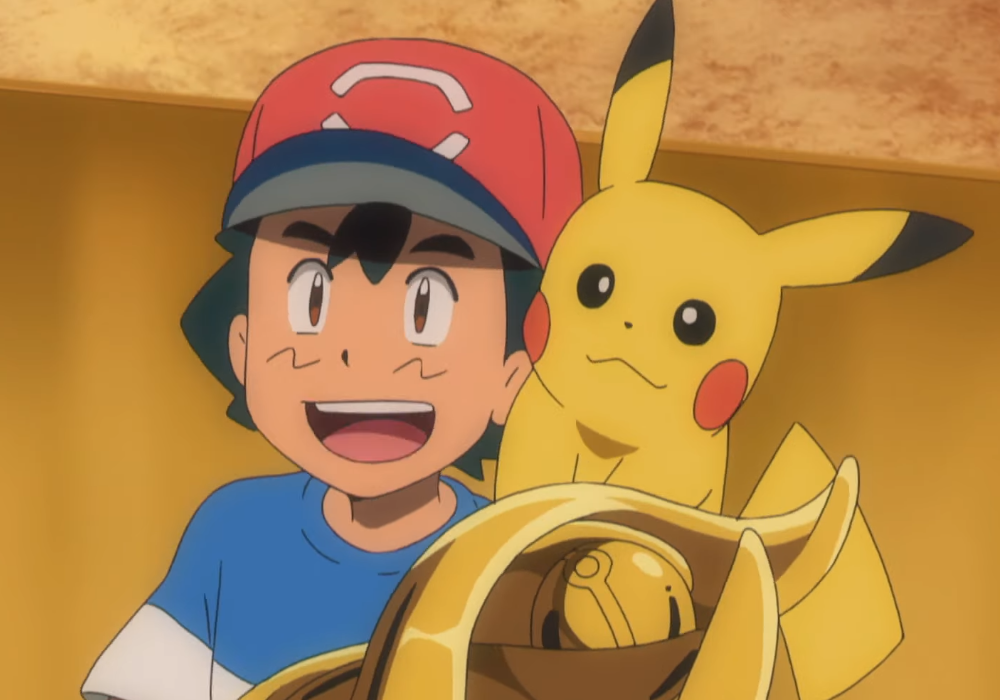 Ash’s never-ending journey and adventure seems like something a Gemini would definitely enjoy.

Ash is also quite the social butterfree, having met and befriended a lot of Pokemon and trainers over the years.

His friendly, outgoing, and eager-to-help nature has netted him a lot of Pokemon pals for life.

Geminis are known to be extroverted. They sometimes even juggle a lot of friend groups! 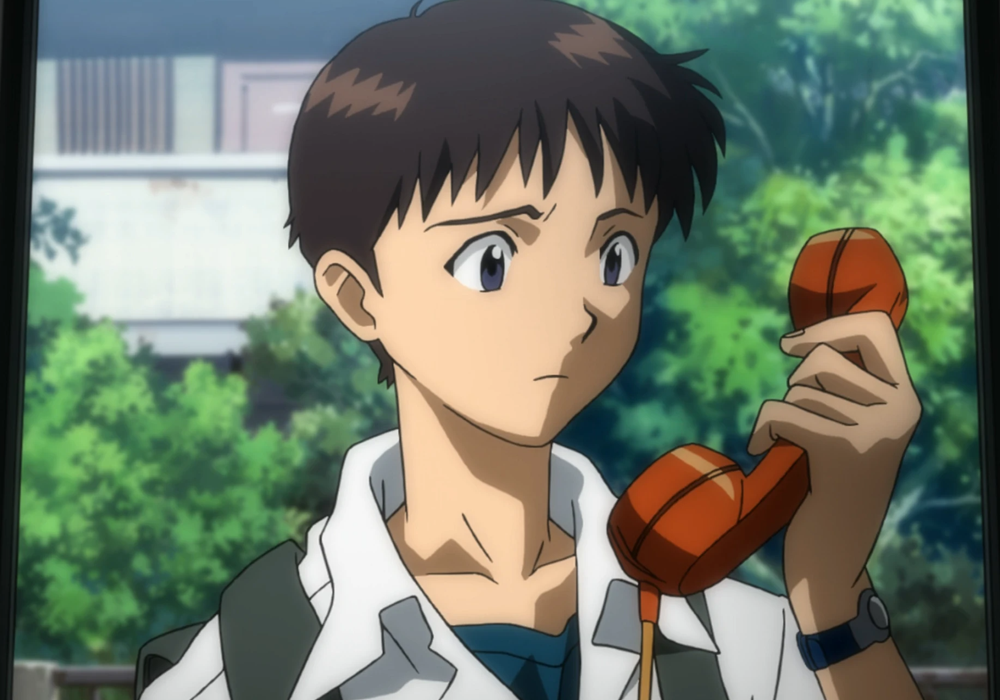 Shinji is far from the extroverted and bubbly Gemini persona, but he still shows some Gemini traits, albeit negative ones.

At the start of the show, you immediately see him being too hard on himself.

He even runs away, not knowing what to do and thinking he can’t do things right anyway.

Geminis have a tendency to be indecisive and unreliable. Because of their intuition, they can get overwhelmed and end up being unsure on what to do. 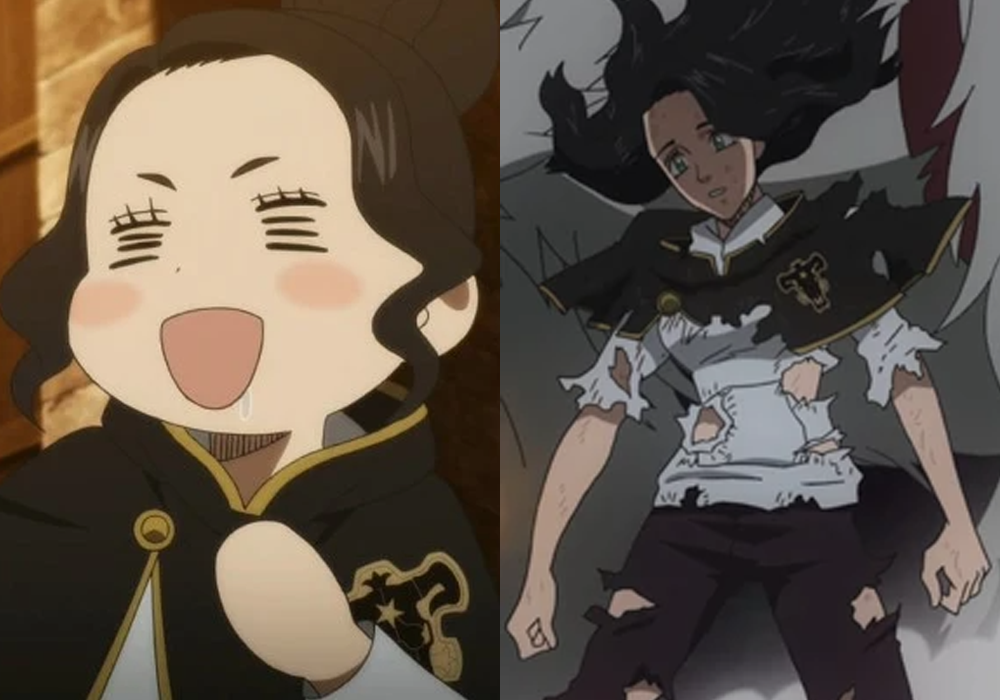 Because of the twin symbol, some people believe Geminis have two sides to them.

That might be an unfair oversimplification, but for Charmy, she does have her dwarf and human forms.

She’s an ally you can definitely depend on… until food distracts her!

Instead of helping other Magic Knights defend Royal Capital, she followed the scent of food.

Another time, she fished and cooked instead of finding opponents during the Temple Battle Royal. When there’s food around, her reliability goes down!

On the upside, she shows her friendliness by sharing meals – even with enemies! 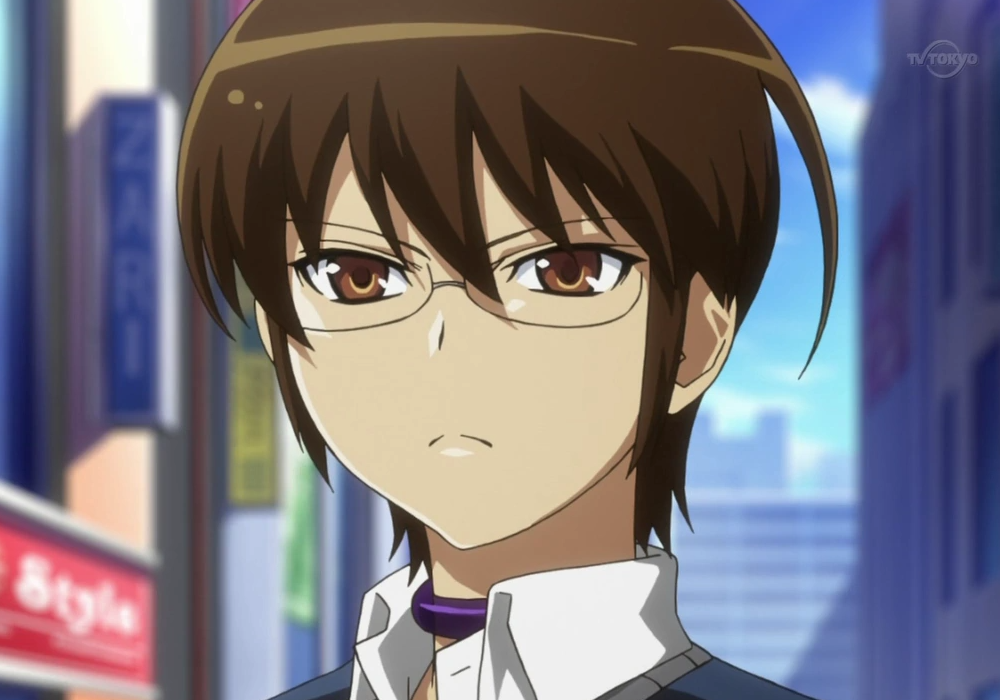 Keima doesn’t seem very friendly at first. Instead of talking to real girls, he would rather play dating sim games in his room for three days straight!

But because of his skills in dating sims, he manages to catch the hearts of a lot of girls. Even a goddess’ heart is no match! He’s outgoing without even trying.

And when doing heart captures, Keima definitely shows a Gemini’s intelligence and intuition. 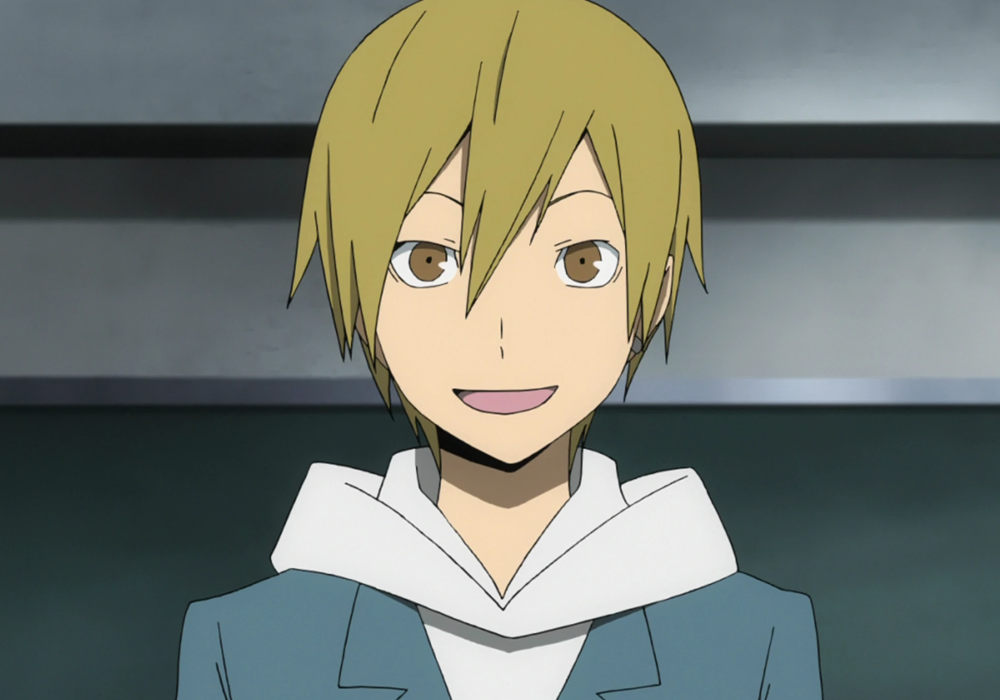 From the get-go, Kida shows his friendliness and outgoing nature to Mikado. He’s very charming, likes to tease and flirt, and loves to talk in a bubbly way.

This playful, upbeat, and never-a-dull-moment persona is such a Gemini character!

However, you later discover that Kida actually juggles a lot behind the scenes.

He’s handling a lot of different emotions, concerns, and even activities that his friends are not aware of. 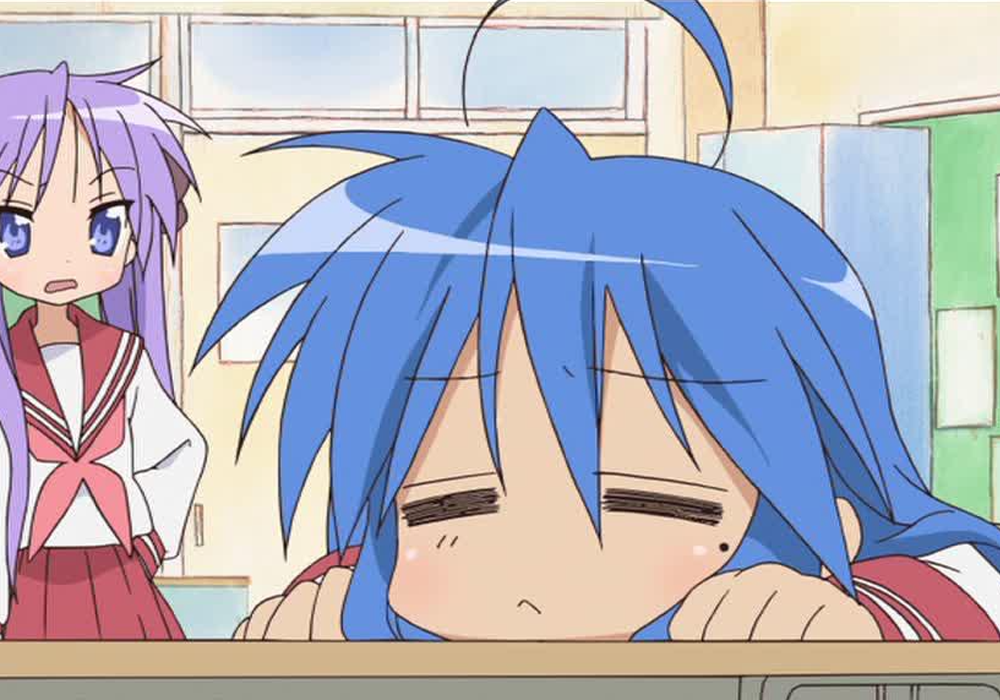 This adorable otaku with an equally adorable ahoge is always so fun to be with.

She might seem a bit eccentric and loves her anime, manga, and games too much, but it’s always a fun time with her.

She lovingly teases and pranks her friends, much to the chagrin of the tsundere Kagamin.

Konata shows the playful and fun side of a Gemini! 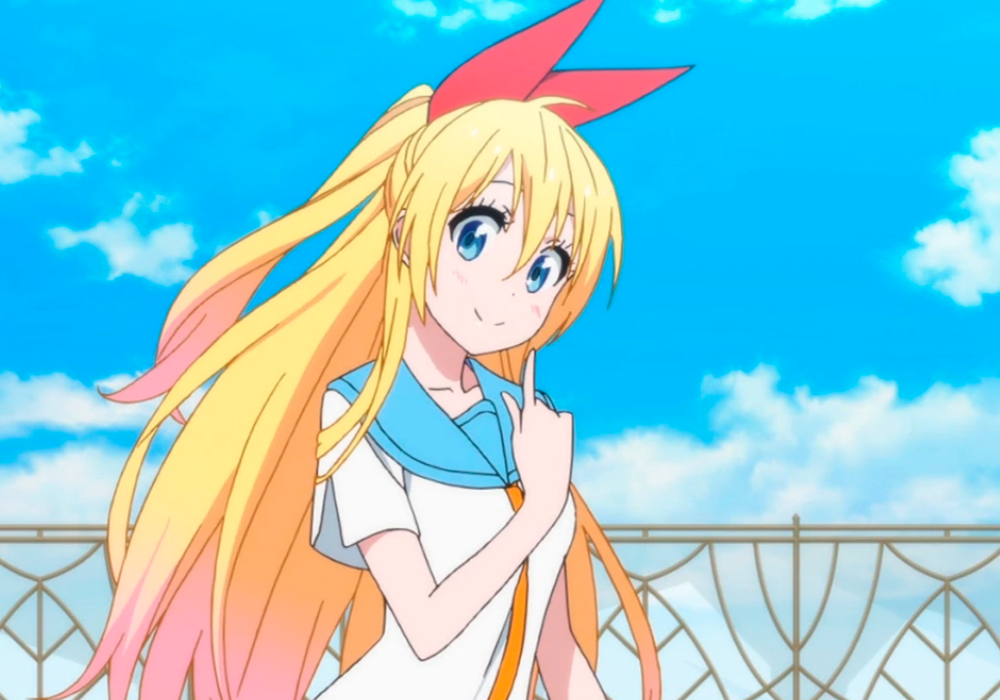 Like a Gemini with a lot of hobbies and interests, Chitoge loves many things and even excels at them.

She is good at swimming, running, climbing, and self-defense. She’s also fond of animals and enjoys cute storybooks. She’s intelligent, to boot!

Chitoge shows a bubbly attitude but has tsundere tendencies with her emotions, particularly to Raku. Gemini indecisiveness, anyone? 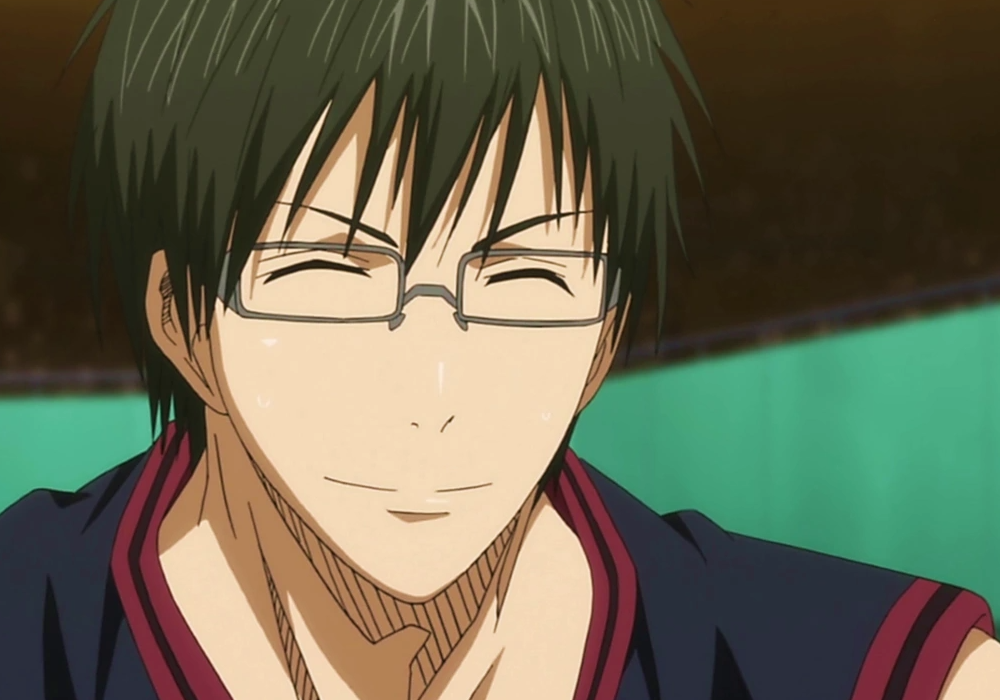 Like a lot of Geminis, Shoichi initially shows his friendly and easygoing nature. He tries to have pleasant conversations with others.

However, if you observe him properly, his talkative Gemini self reveals that he likes to insert jabs and insults in his convos.

His high Gemini intuition lets him know what buttons to push to irk others.

This very same intuition is also the reason he was able to successfully guard Kuroko! 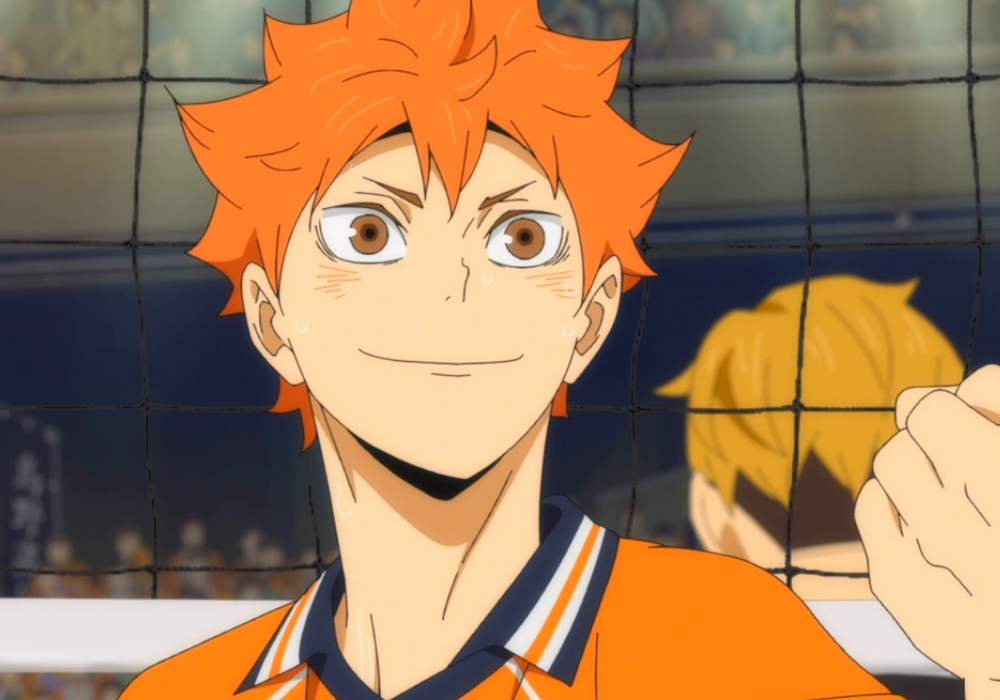 Hinata shows his Gemini side through his natural sunny disposition. He’s always brimming with energy and optimism, it’s contagious!

He also seems to befriend people quite easily. Even the quiet and reserved Kenma was no match to Hinata’s friendly nature.

Hinata might need help with school, but he’s quite clever when it comes to volleyball. The moves and techniques he does with Kageyama are unmatched! 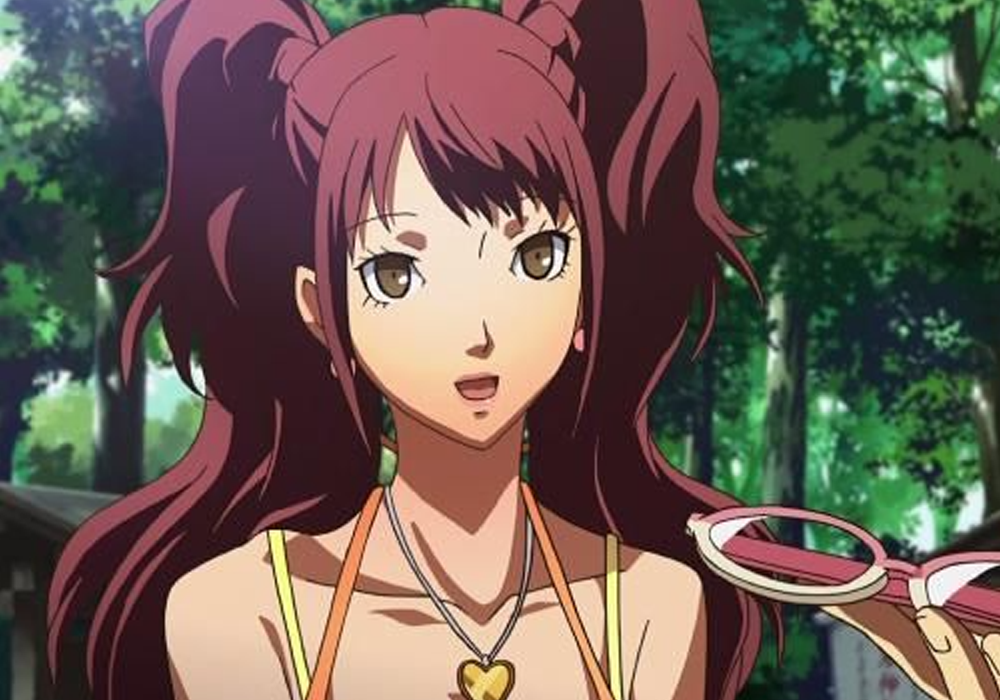 The lively idol Rise shows her true Gemini self in this list!

Rise is a cheery gal who is outgoing and outspoken. Her talkative Gemini side shows up when she’s being bold!

Like how Geminis tend to handle a lot of things at once, Rise found herself juggling many versions of herself to please people.

Idol, dutiful daughter, a simple girl in society – she wasn’t sure which one was true.

In the end, she realized they were all facets of her true self. 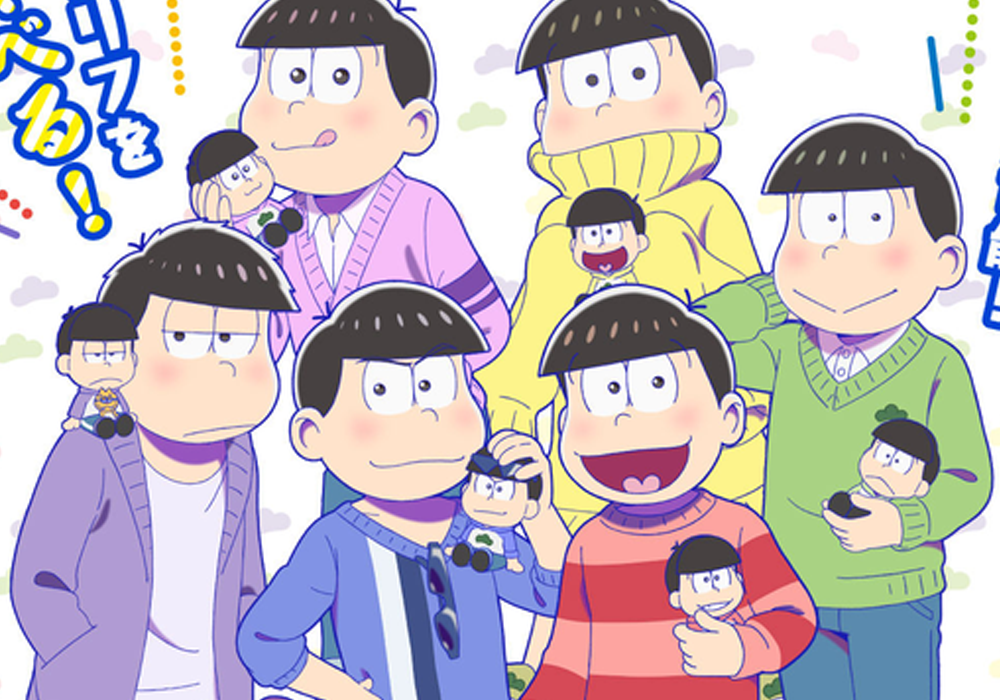 Gemini’s symbol might be twins, but with the Matsuno siblings, we get sextuplets!

Each of the brothers show different Gemini traits. Osomatsu uses his intuition to be good at fighting. Karamatsu’s cool guy persona shows a Gemini’s outgoing attitude.

Meanwhile, Choromatsu is the clever Gemini of the bunch. Ichimatsu, sadly, was juggling different sides of him until he couldn’t take it anymore.

Then there’s Jyushimatsu with his easygoing Gemini trait and head-in-the-clouds silliness.

Lastly, Todomatsu shows the two-faced Gemini trait that a lot of people are wary about.

Interestingly, one Gemini trait connects them: There’s never a boring moment when these brothers are around! 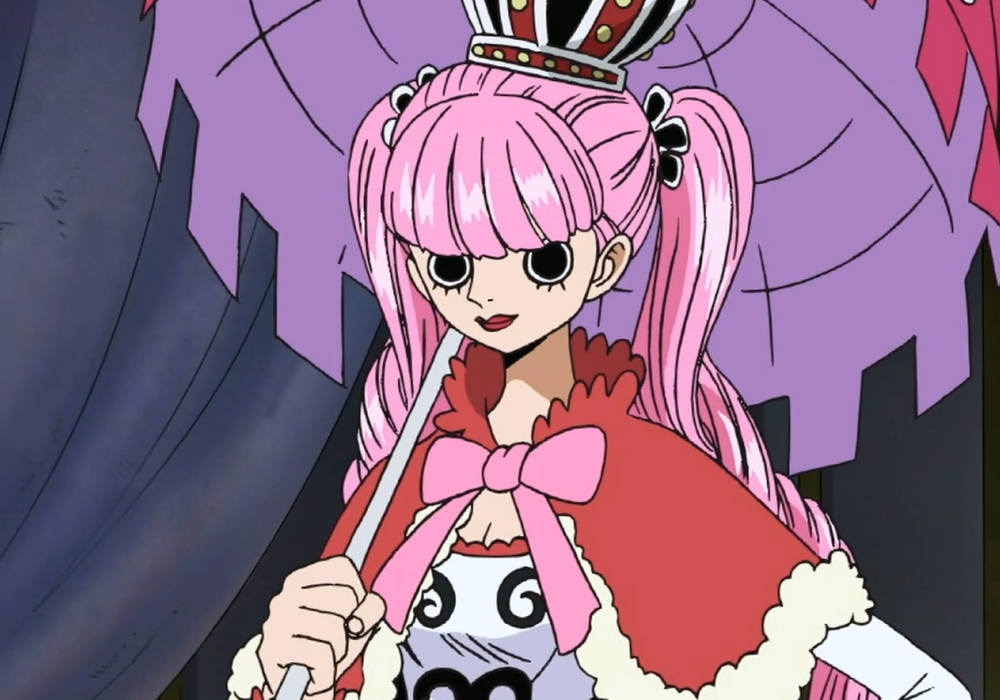 Perona is the definition of a Gemini who is playful and whimsical. She shows that side through her fondness of cute things and her colorful fashion style.

She was also quite playful with her fight with Usopp. During the battle, she tricked him into believing that she could crush his heart.

Later, she revealed it was a joke while laughing it off. Poor Usopp – he almost had a heart attack! 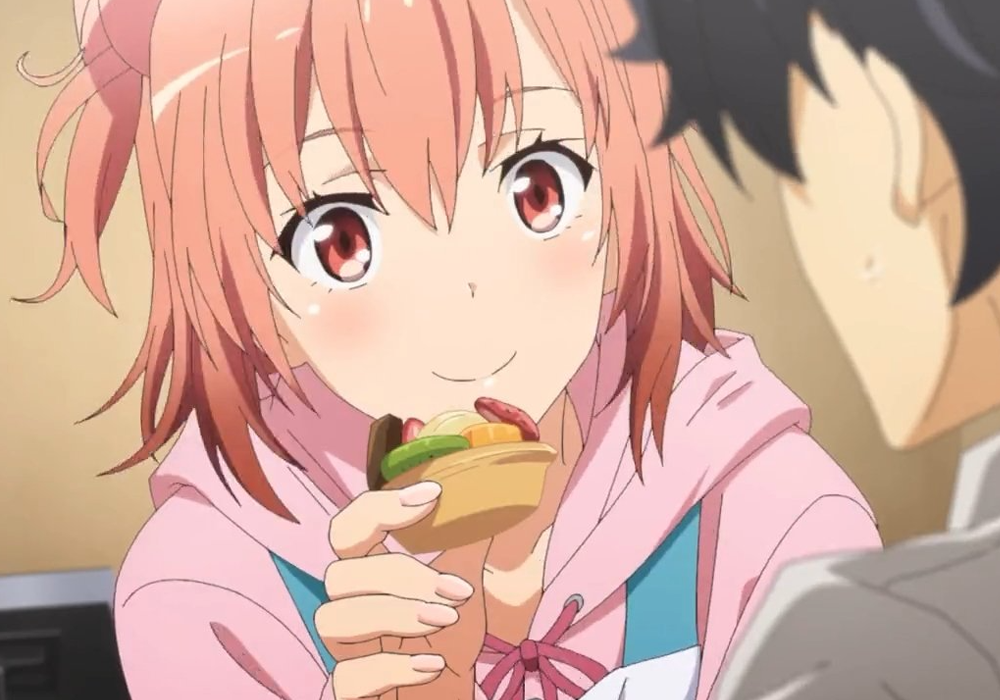 The bubbly and cheerful Yui might seem naive, but she’s actually quite intelligent both in her academics and social life.

Due to her friendly nature, she befriended Hachiman and Yukino.

Yui’s playful side shows through her fondness for giving nicknames! Hikki and Yukinon didn’t approve at first but relented due to Yui’s adorableness. 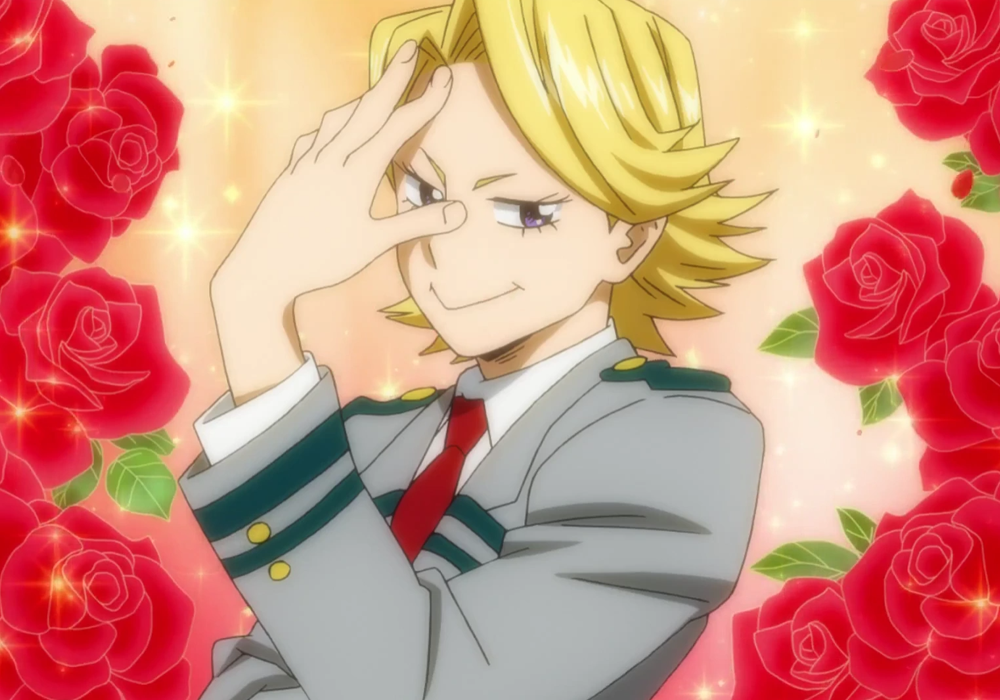 Due to their extroverted nature, some Geminis tend to love attention. Aoyama is a great example of this kind of Gemini!

He likes to grab your attention by being flamboyant, doing exaggerated poses, and using random French words.

His quirk is also quite sparkly. He would announce, “Watch me!” while using his sparkly powers. Sadly, his peers just ignore his hijinks.

If you want your attention to be grabbed further by Aoyama, you might want to learn more about him and his past! 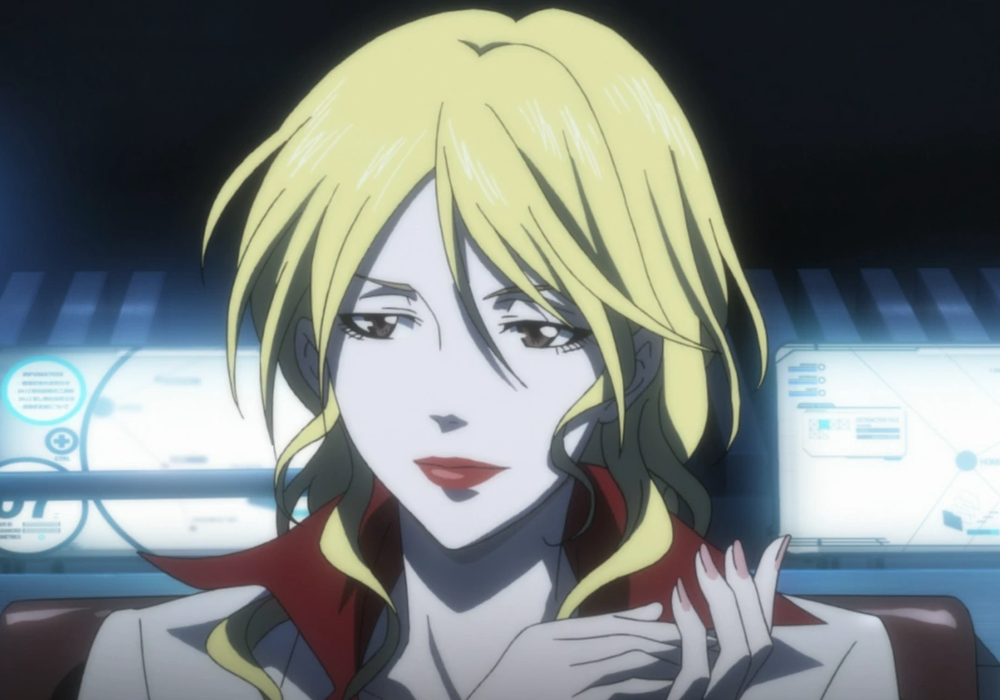 As an analyst of Criminal Investigation Department’s Division 01, Shion is quite smart and intuitive.

The glamorous way she handles herself often grabs the attention of people, which she definitely doesn’t mind.

She also shows her playful side through flirting and teasing. She definitely loves to flirt with Yayoi but also enjoys teasing Shinya by calling him sweetie. 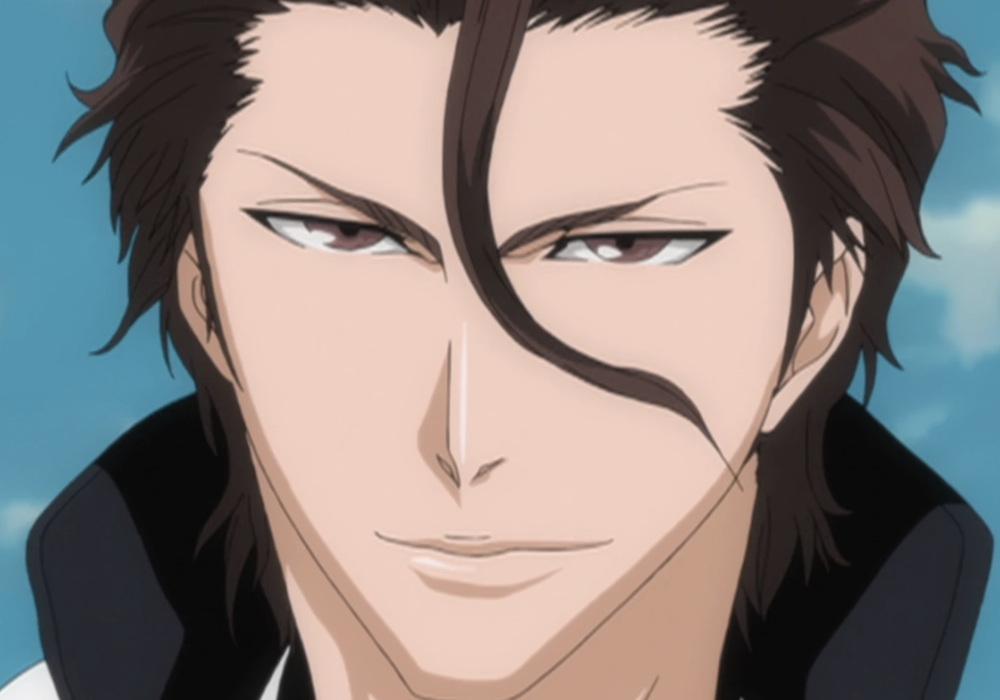 Before his villain revelation, Aizen was a respected captain loved by all. He was pleasant, affable, and great friends with a lot of people.

Well, turns out it was all a sham. When people think of two-faced Geminis, Aizen is at the top of the list.

Having orchestrated his deceitful and manipulative plan, plus continuing his experiments, Aizen also shows that he’s a Gemini who’s smart and intuitive. 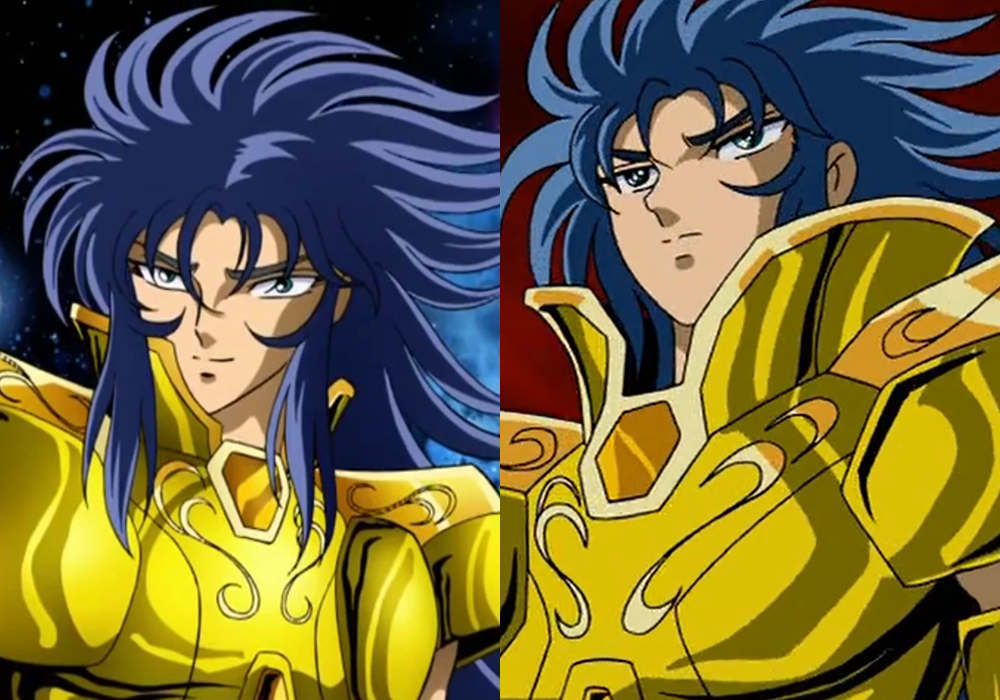 We can’t finish this list without including the actual Gemini characters from Saint Seiya. Behold, the twins Saga and Kanon!

Just like the two-face belief against Geminis, these twins initially showed that trait. Saga was the benevolent one, while Kanon was treacherous.

Saga’s wisdom was even praised by his rival. However, he gave in to the jealousy and bitterness in his heart.

His personality split and the evil Saga eventually took over. He’s his own Gemini two-face!

On the other hand, Kanon used his Gemini intuition to be cunning and manipulative.

Eventually, he was able to redeem himself by siding with Athena and the other Saints. 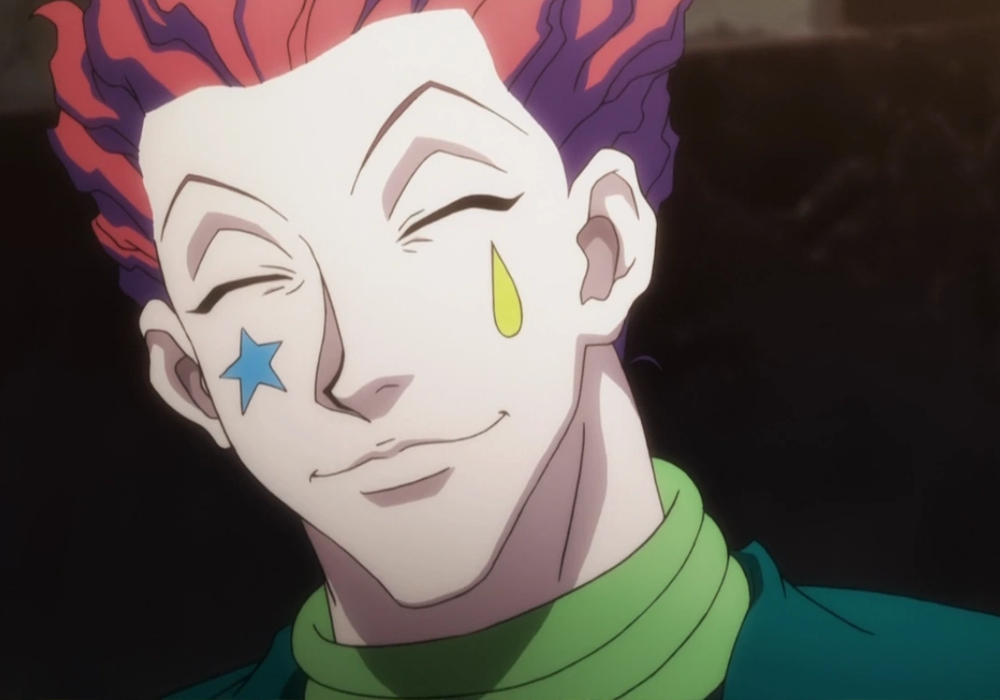 He shows his extroverted and “friendly” side by showing excitement when meeting new people.

However, these new people should have the potential to be strong fighters. Otherwise, Hisoka will just be bored by them.

He can be impulsive, too, changing his decisions on a whim and just doing whatever he likes.

You can be assured that there won’t be a dull moment with this clown! 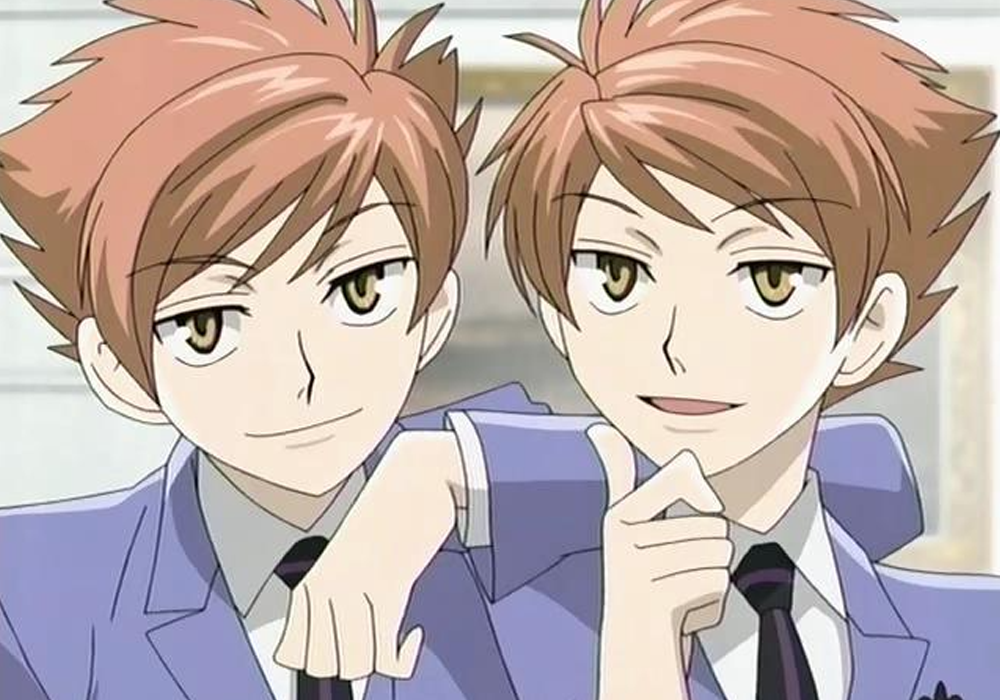 The Hitachiin Twins are too perfect a candidate for the best Gemini anime character – we just have to crown them as kings of this list.

They tick a lot of boxes for Gemini traits. Both of them are playful and mischievous, often playing the “Which twin am I?” game with the host club’s guests.

However, we see that the older twin, Hikaru, is impulsive when dealing with his emotions. He explodes and runs away while his twin helps calm him down.

The younger twin, Kaoru, is more intuitive with both of their emotions.

He even realized that they shouldn’t co-depend on each other too much in order to grow as individuals.

We can learn a thing or two from them.