Time to balance the scales and feature anime characters under the Libra star sign!

From the selfless Madoka to stoic characters like Monkey D. Dragon and Erwin Smith, we’ll be featuring the best Libra characters that portray the well-balanced nature of this sign.

Ready to learn more about our scaly friends?

Libra birthdays are from September 23 to October 22. It extends to October 23 for tropical astrological calendars. 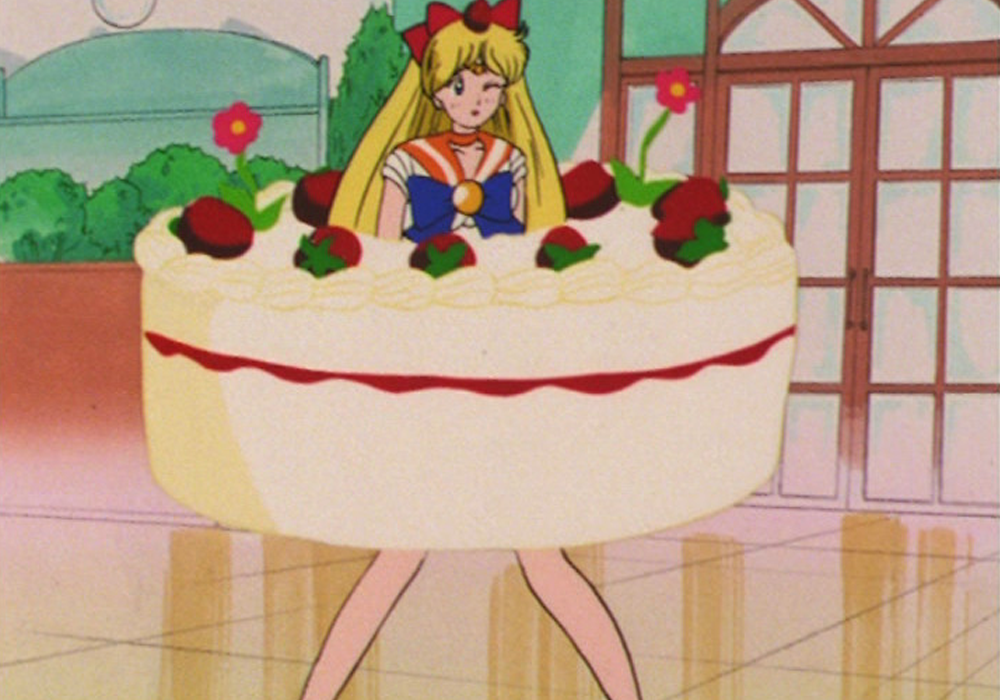 Libra is symbolized by the scales. And just like its symbol, balance is highly important to Libras. They know how to compromise to keep the peace and please everyone as much as possible.

Because of this desire for balance, they are diplomatic and fair and are driven by their strong sense of justice. They can also be equally generous and self-indulgent.

Libras’ cleverness shows in their diplomacy and handling of everyone. They are also social creatures and have a way with words. 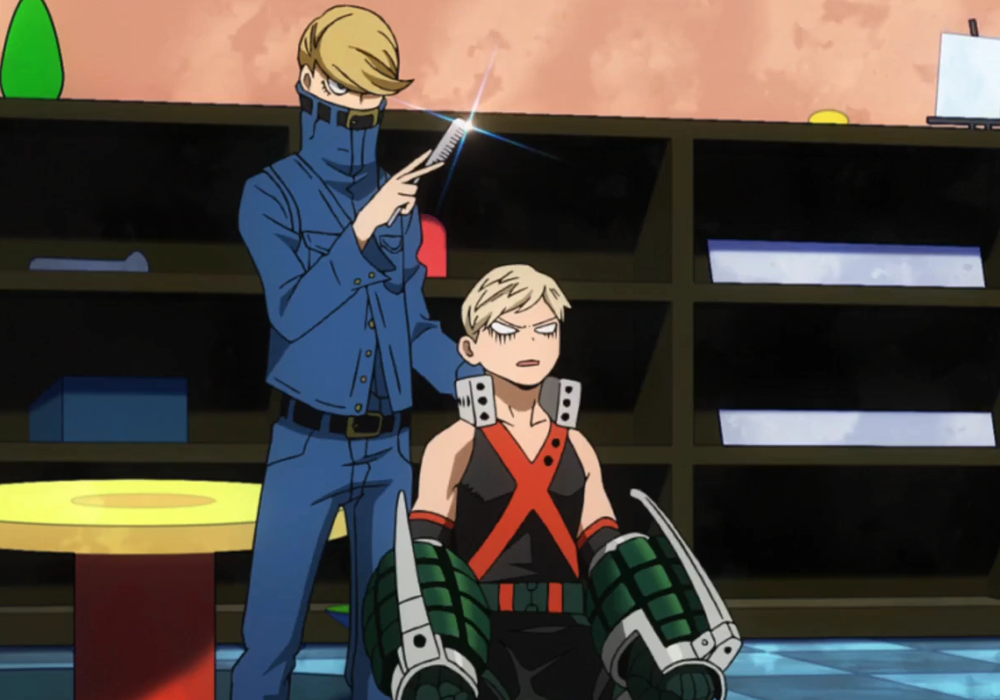 Because of these traits, they are excellent leaders. However, if they’re not careful, they can develop habits that are opposite of these positive traits.

When trying to please everyone, they can get overwhelmed and end up being indecisive, non-confrontational, and unreliable.

Or if they handle things too well, it goes to their head, and they can get vain and conceited.

But as long as a Libra balances things within themselves, these negative traits can be unlearned or avoided. 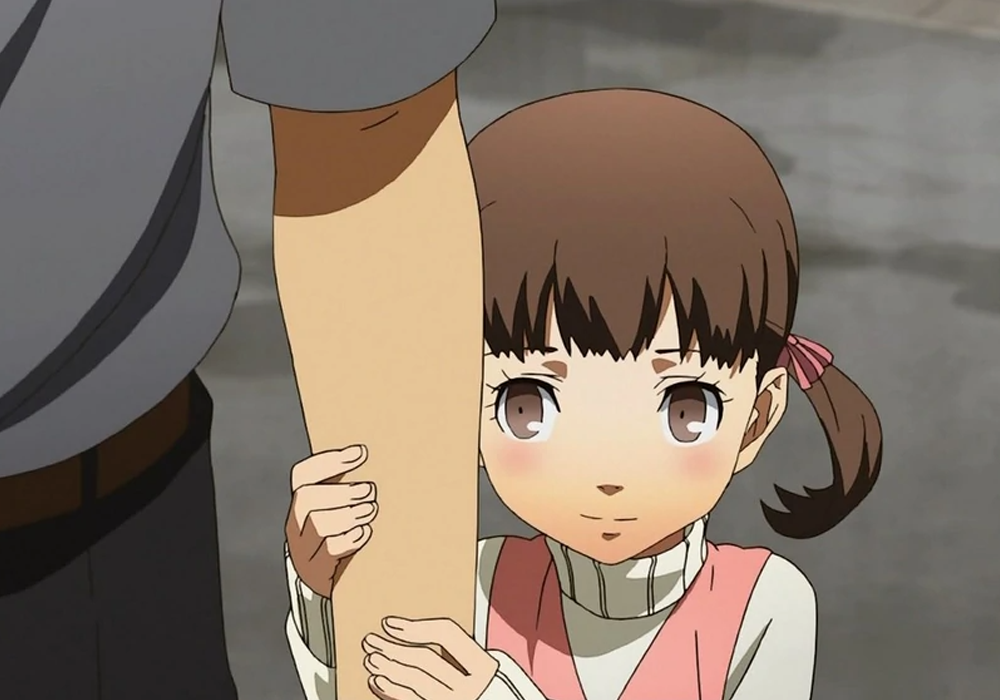 Let’s start this list with the adorable Dojima Nanako, the best little sister ever from Persona 4!

Because of her dad’s busy hours as a detective, Nanako sometimes feels lonely on her own. Thankfully, the Investigation Team spends time with her and even cooks her meals.

At one point, they all cooked her omelets. Like the diplomatic and fair Libra that she is, she tasted every single dish, thanked them, and even said it all tasted delicious.

The truth of the matter is that it wasn’t really all that good, Nanako is just a great Libra peacemaker! 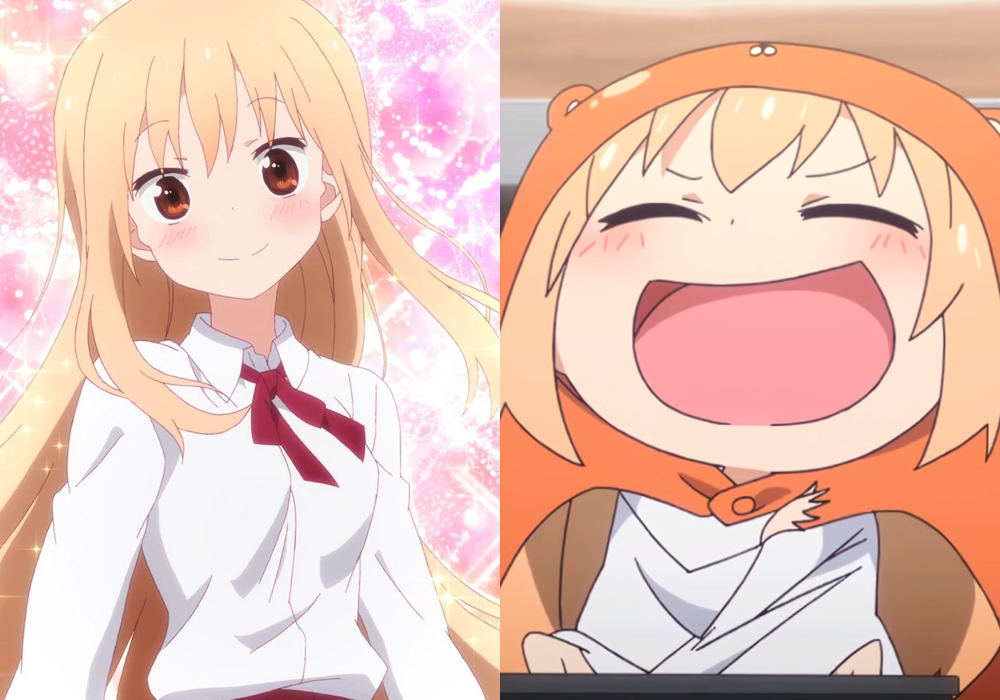 Those who are only familiar with her “outdoor” personality will only see Umaru’s positive Libra traits.

She shows her cleverness by being top of her class. Her social aspect is displayed through her charisma and popularity.

She is also pleasant and kind, always engaging with her classmates and neighbors.

But when she gets home, it’s like a Libra’s bad side takes over. She becomes an unreliable mess, only focusing on her hobbies and snacks! 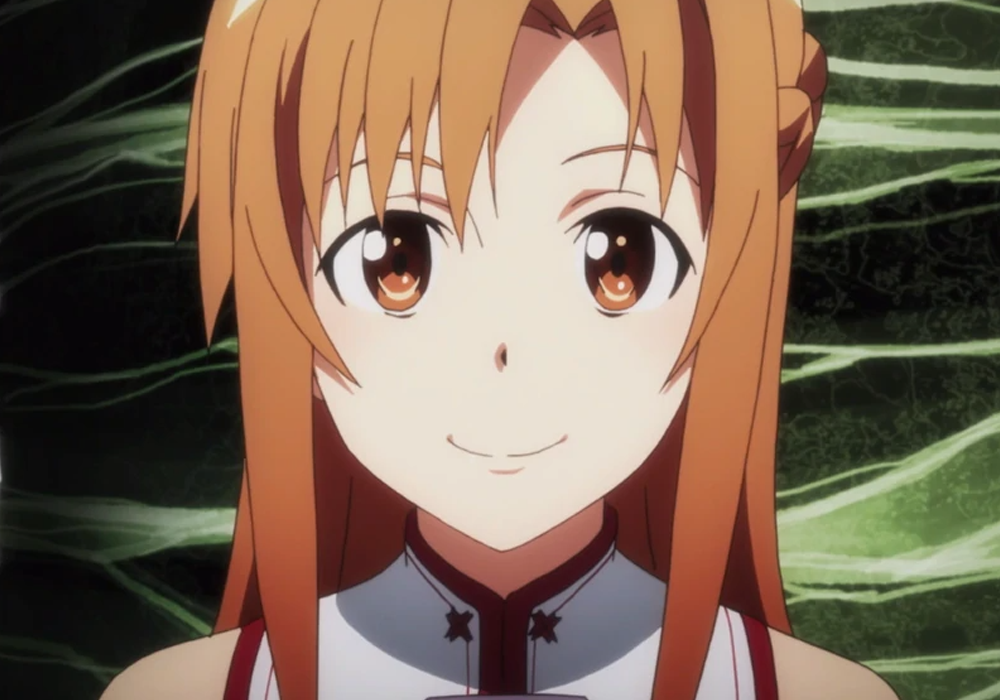 In a game that can get scary and fatal, danger lurks in every corner.

But this doesn’t stop Asuna from being her Libra self and showing a strong sense of justice by helping fellow players.

Just like Kirito, who coincidentally is also a Libra, she just can’t turn her back on someone who has been wronged by the digital world they inhabit.

She did show indecisiveness the first time she got trapped in the game. She locked herself in a room for two weeks before taking matters in her own hands and started leveling up. 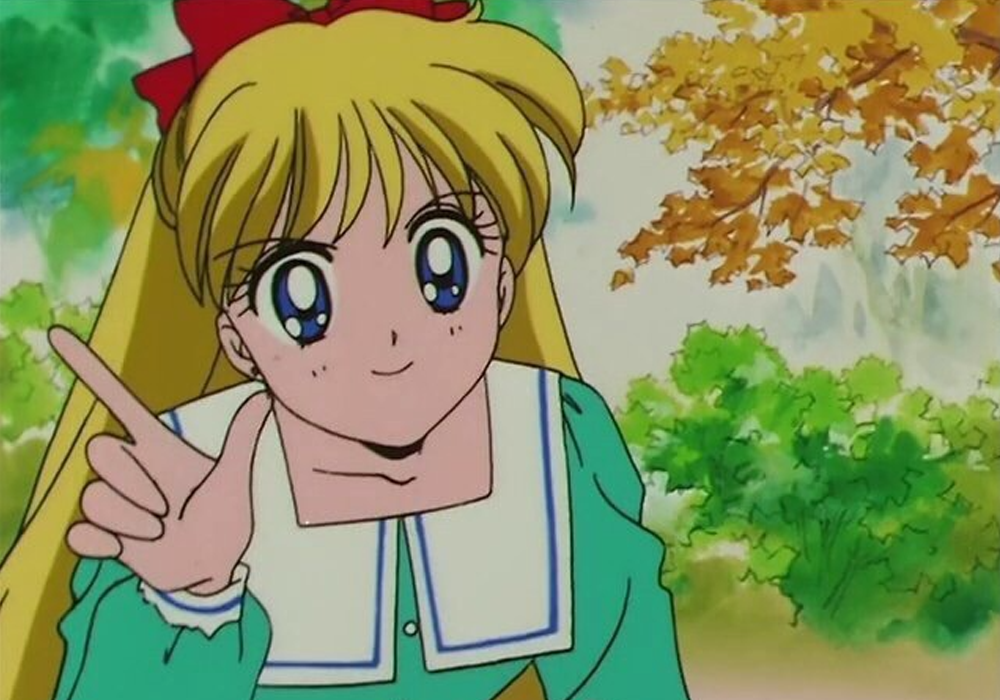 Pretty and elegant but also slightly goofy, Minako waves the flag of Libras by showing her sense of justice for matters of the heart.

She proclaims herself as “The Goddess of Love” and aims to hear and help those who need a little love medicine.

Just like Usagi, she’s not that good with school stuff, but she shows her Libra cleverness by figuring out their foes! 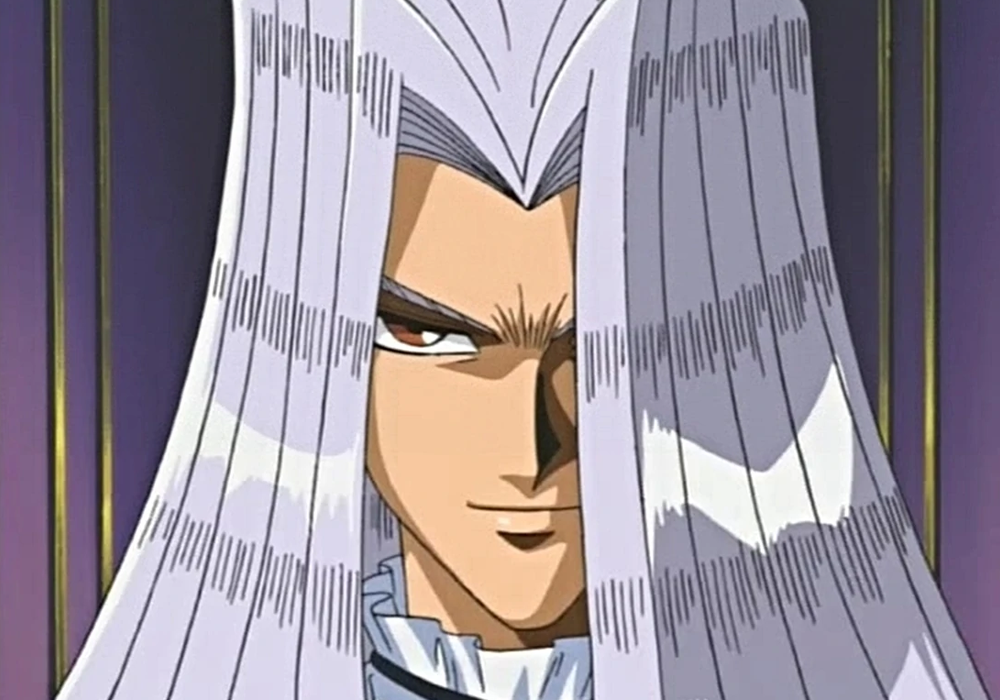 Maximilian Pegasus might not seem like a Libra at first due to him cheating in some battles against Yugi and the gang. But it turns out he did all that for love.

He later redeems himself by showing how a Libra can be fair and true to their word.

Before being defeated, he released the souls of Solomon Muto, Seto Kaiba, and Mokuba Kaiba, honoring his pledge to Yugi.

16. Arslan (The Heroic Legend of Arslan) 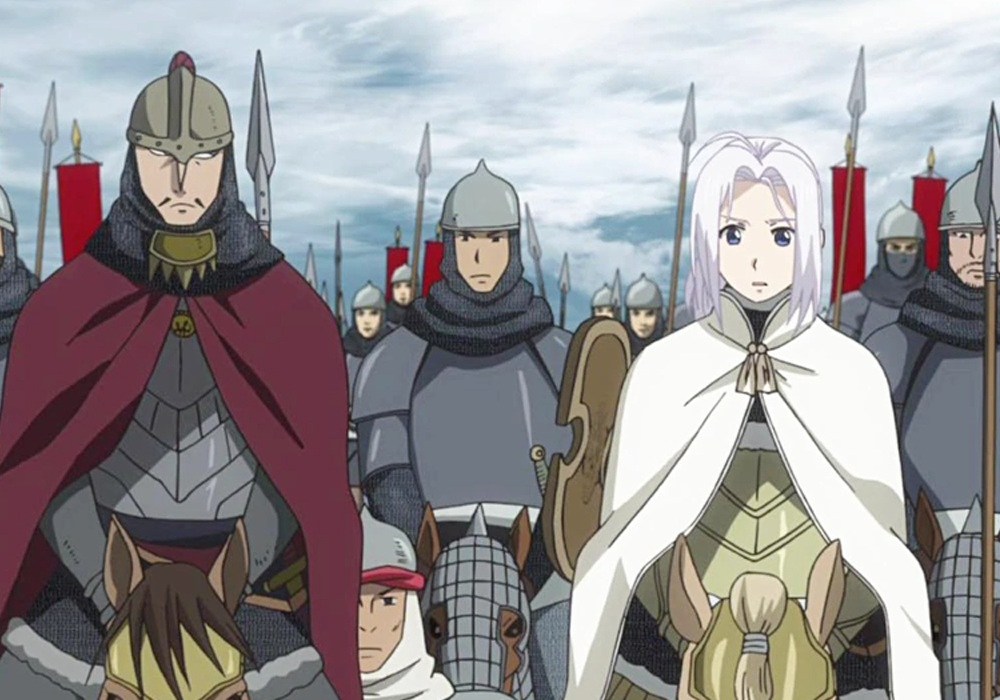 Arslan lived a tough life as a young prince.

He didn’t seem like the kind of prince who could fight, so he showed a Libra’s indecisiveness during his first battle. Still, he pushed through for his father.

Unfortunately, he lost his father in that very same battle. He then had to show his own diplomacy, fairness, cleverness, and idealism of a good leader when he became king. 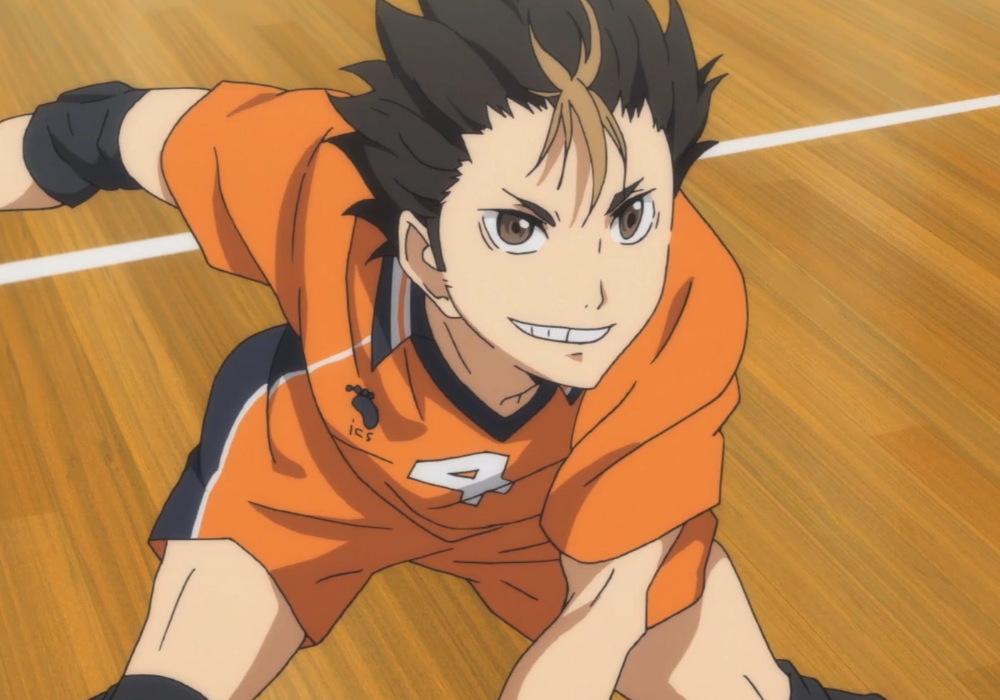 While Karasuno’s libero is known for his energetic and cheery self, there was a point in Nishinoya’s life when he showed a Libra’s indecisiveness and unreliability.

He was a huge scaredy-cat as a kid. Always unsure and doubting himself, his grandfather had to teach him to cast away his fears to make space for training and to never be afraid to ask help from others.

Nishinoya is a Libra who overcame their negative traits! 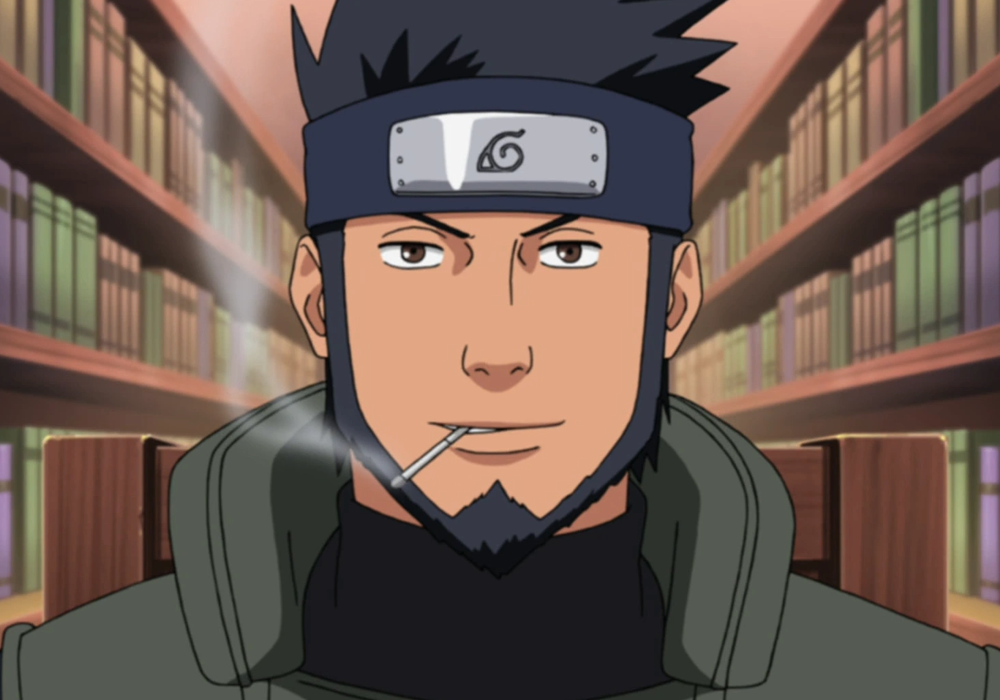 As the mentor for Team 10, who are a bunch of oddball characters, Asuma had to be clever when teaching them to be better ninjas.

He bribed Choji with snacks and yakiniku meals. For Shikamaru, he disguised their training as shogi matches to not bore him.

Libras can be quite clever in their own right, and Asuma is a great example of this. 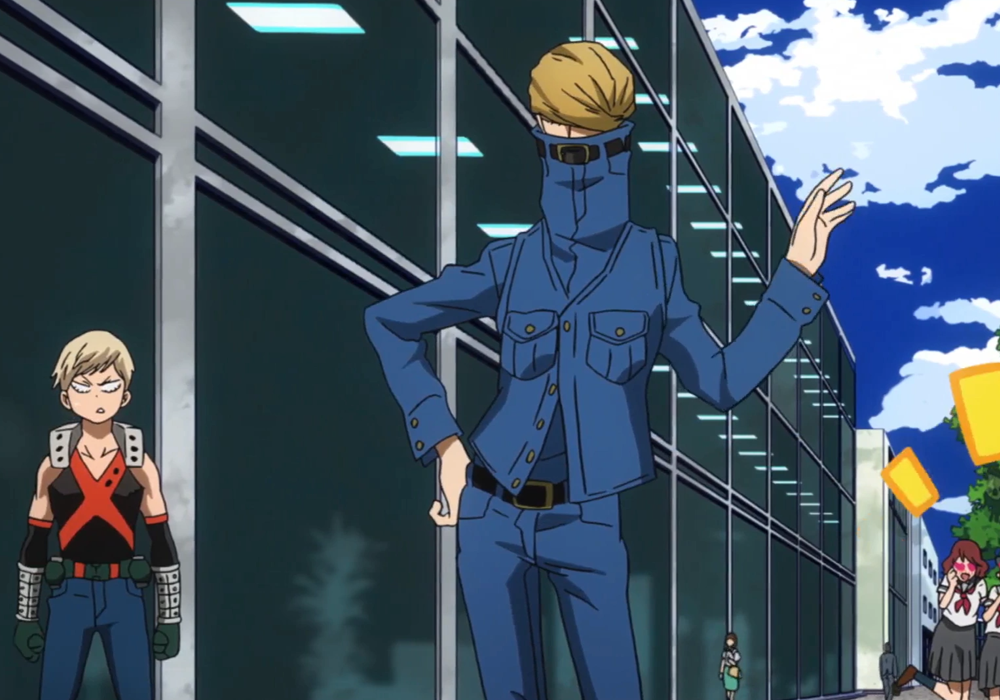 He upholds the idea of being a hero very highly. He shows it through his strong sense of justice and fairness to all.

Even if it almost spelled death for him, he took the full strength of All For One’s attack to protect his comrades.

However, he does show a bit of Libra’s vanity. He thinks a hero should be jean-tastically presentable in the looks department, which Bakugo experienced firsthand.

That’s Best Jeanist for you! 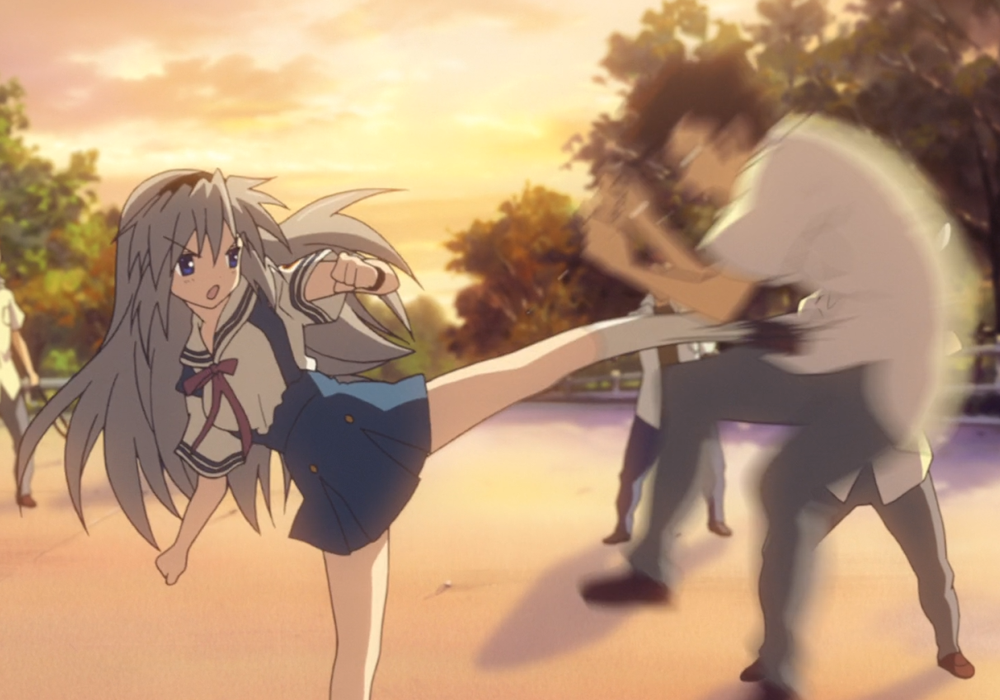 Tomoyo starts out as a mysterious student rumored to beat up students.

It turns out she only fights rowdy and delinquent students, especially ones who cause trouble for other students.

This Libra trait of bringing justice and fairness to others is admirable. Later on, she even confides to Tomoya that she actually wants to be a student council president.

This is to further help the school and preserve the sakura trees around them. You make a great Libra leader, Tomoyo! 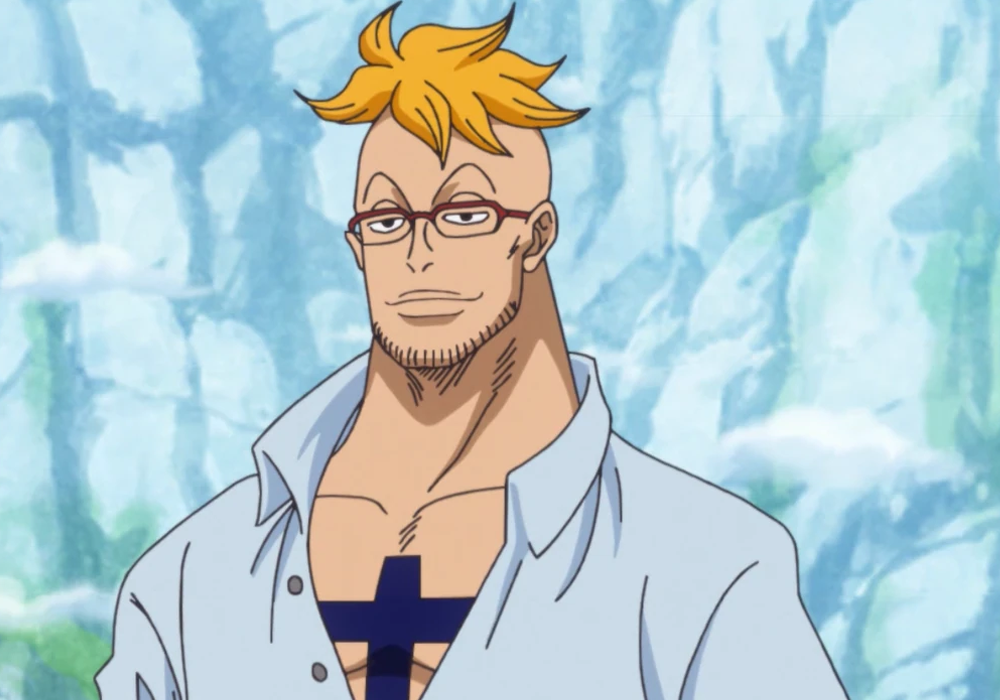 Marco is a calm and level-headed guy, content just doing his tasks. But when Whitebeard died, and their pirate crew was in shambles, he stepped up to take the position of commander.

Through this new responsibility, he showed his intelligence and capability as a leader. A Libra’s diplomacy is a valuable thing, especially when you’re managing 1,600 crew members.

Whitebeard would be proud of you, Marco. 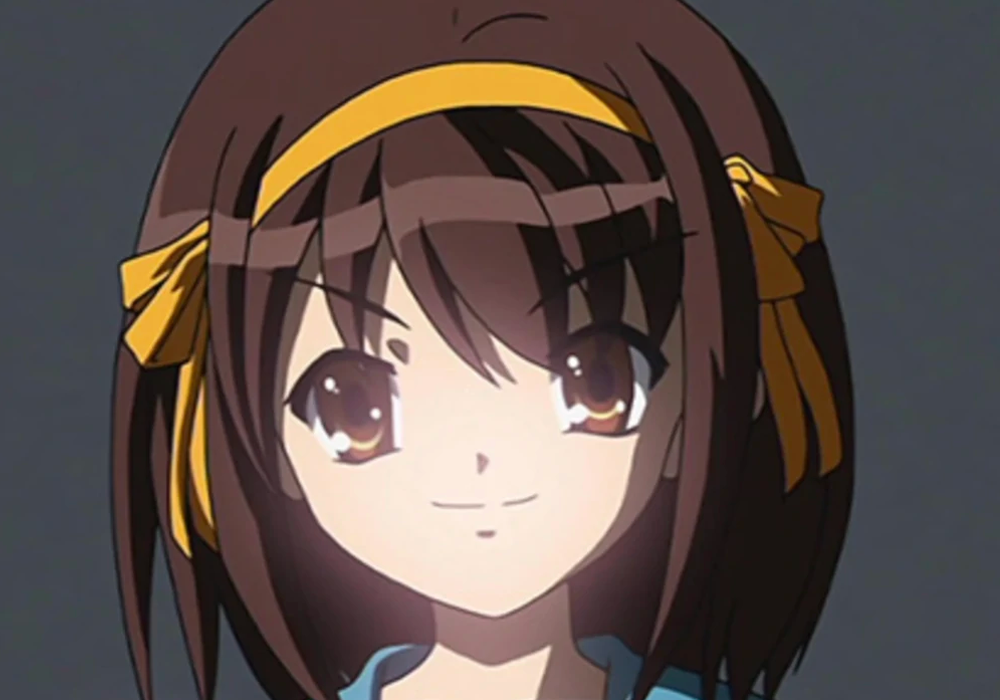 Because of her desire to quench her boredom of the world, Haruhi can be quite spontaneous and idealistic with her plans.

She shows her extroverted side by recruiting people to her brigade and thriving in their company. Unbeknownst to her, she managed to recruit an alien, a time traveler, and an esper.

She does show a Libra’s eagerness for justice, but it seems like she’s only doing this to have a fun time and not for altruistic reasons. 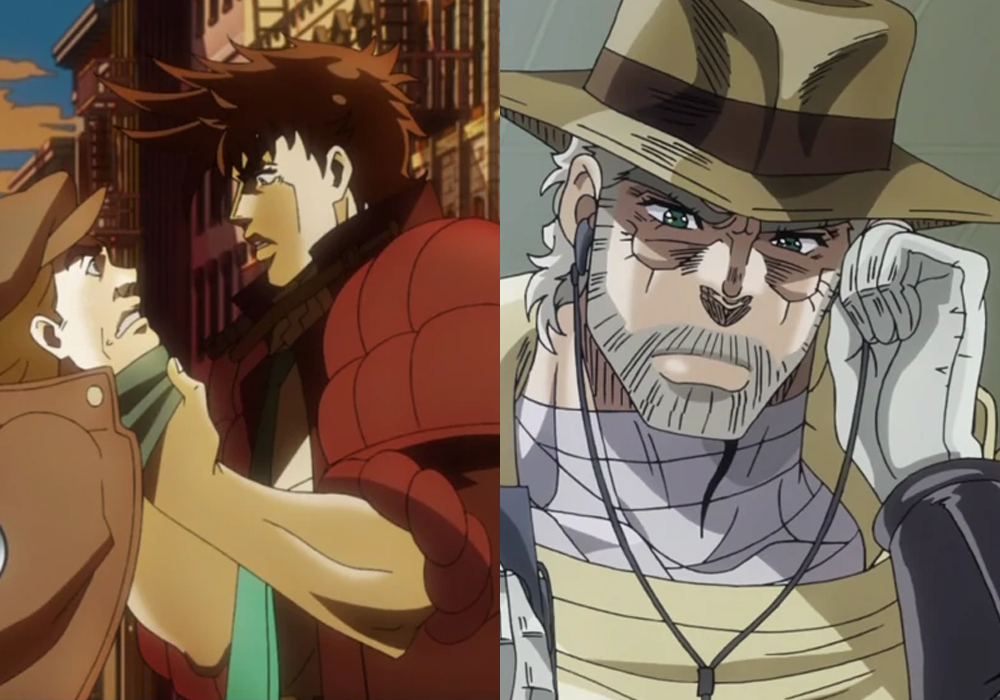 While this JoJo is the opposite of a Libra’s non-confrontational attitude due to his tendency to immediately violently react when provoked, Joseph still shows his Libra traits of extroverte and vanity.

Wherever he goes, he can quickly make friends, like in the case of Muhammad Avdol.

He also reaches out to locals first. He ordered food in Hong Kong, and a shishkebab in Karachi asked an Indian barman about sugar cane juice, and saluted a Pakistani hotel owner.

Younger Joseph was also really fond of being the center of attention. He was upset when his rival got a special technique. “No fair,” says this Libra JoJo. 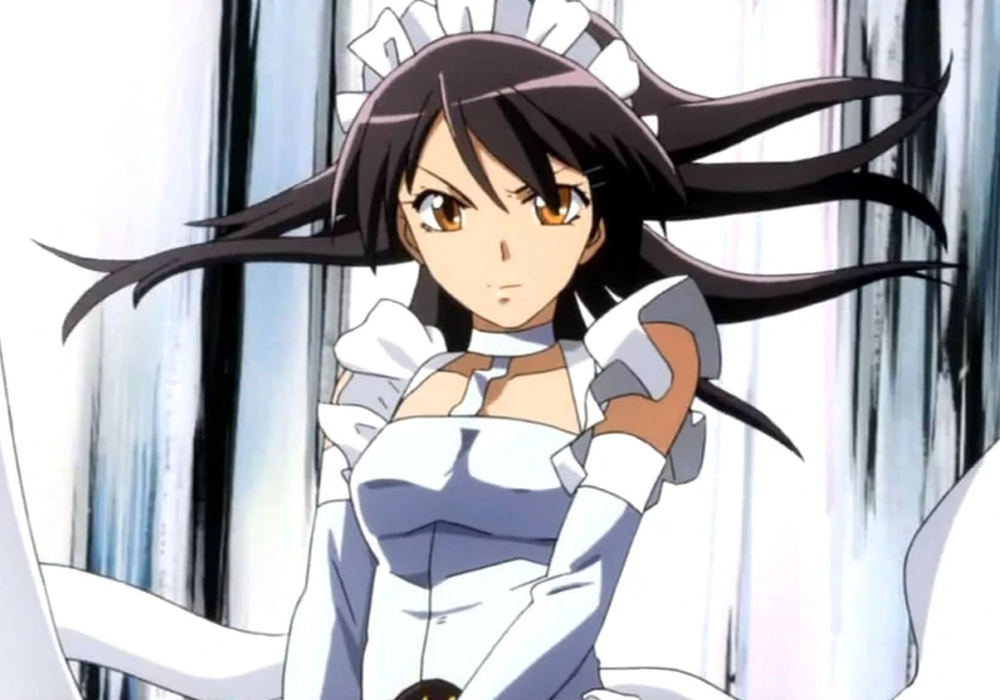 Misaki was renowned as a very strict student council president at school. Some students even called her the Demon Prez!

But Misaki actually shows a Libra level of leadership. To show her diplomacy, she listens to her fellow students, particularly the female students.

Her strong sense of justice shines through whenever she reprimands anyone for putting down a hard-working person’s effort.

She also can’t stand not doing anything when there are people who need her help and protection. 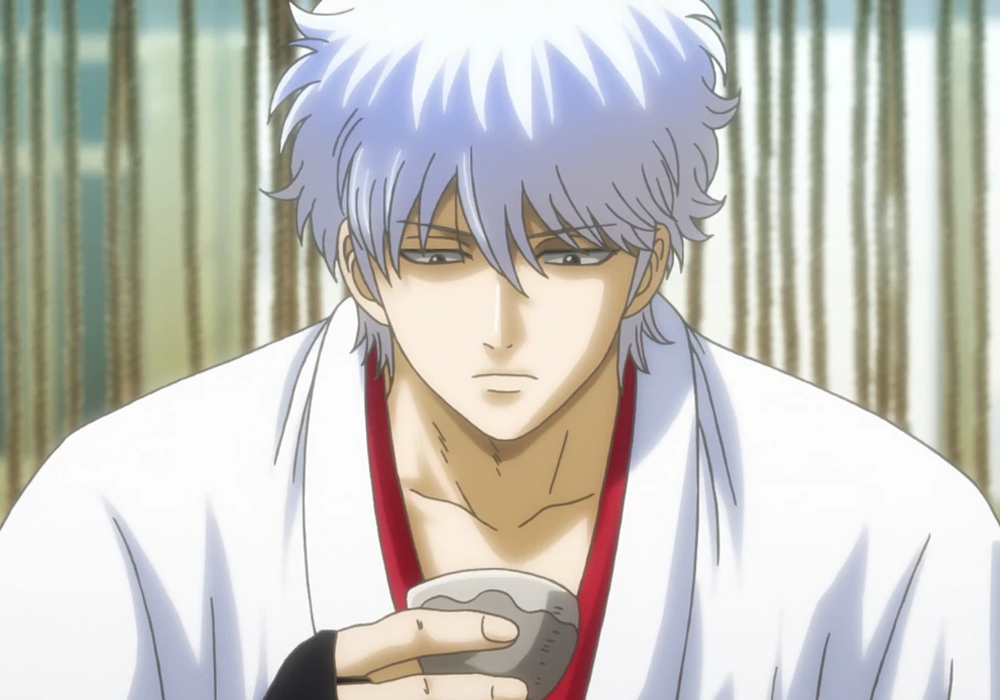 He’s silly, sarcastic, and too laid-back at times. However, Gintoki’s Libra traits show in his serious moments.

His sense of justice is commendable but is also a source of his guilt.

As an orphan, his mentor became his family. But when his mentor gets arrested and killed, with friends getting involved and dying as well, Gintoki ends up blaming himself for their fates.

Quite serious for Gintama, right? 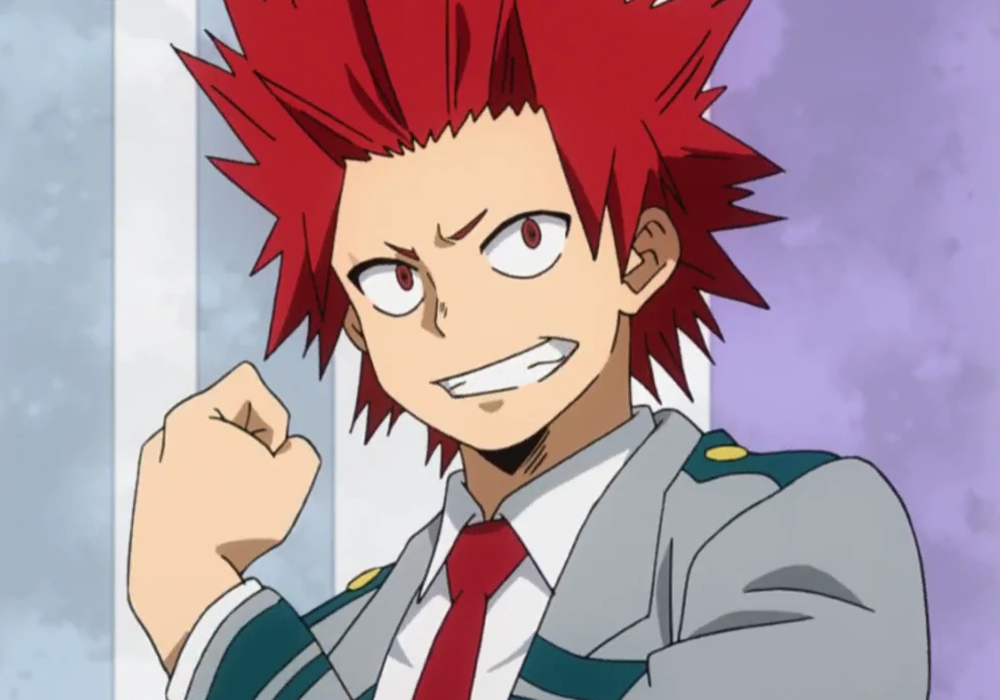 Before he became someone who follows a noble, fair and diplomatic approach to hero work, Kirishima was once an aimless delinquent.

He didn’t know what to do with his life. This self-doubt made him feel unreliable and a coward.

Thankfully, his idol Red Riot and classmate, Mina, inspired him to change. And now we have a Kirishima who’s an inspiration himself! 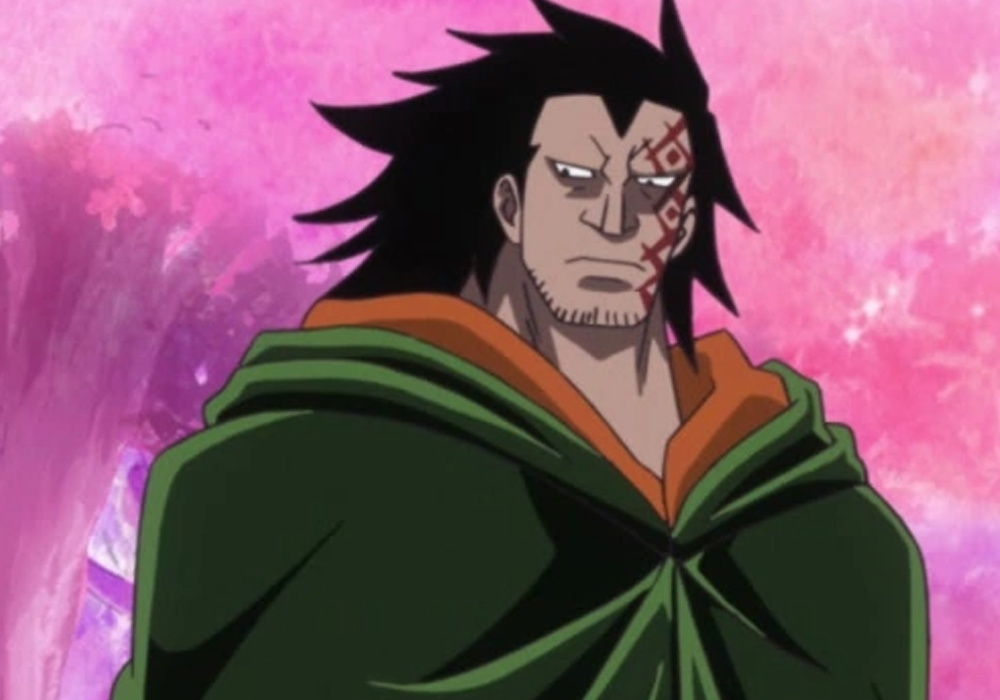 A lot of Libras fight for what is right. With his goal of dismantling the World Government due to their corrupted ways, Monkey D. Dragon is definitely a prime example of such a Libra.

Although he wasn’t there for most of Luffy’s life, Dragon still wishes for Luffy’s pirate journey to be a successful one that can shake the world.

Don’t worry, Dragon, Luffy’s as noble as you! 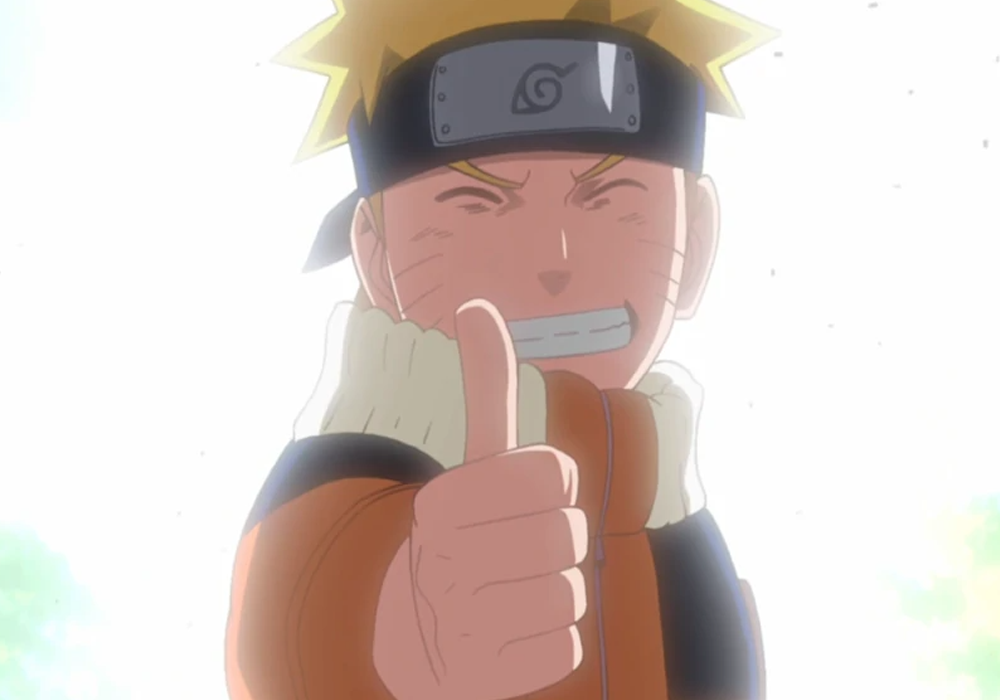 Like a very social Libra, Naruto can strongly form bonds with his comrades.

But when this friendship is threatened, you can bet Naruto will do everything to repair the relationship. You can see this when Sasuke left Konoha Village.

Naruto also shows his idealistic self when he promises Sakura that it’ll be alright. He might be an idealist, but he will see through it -ttebayo! 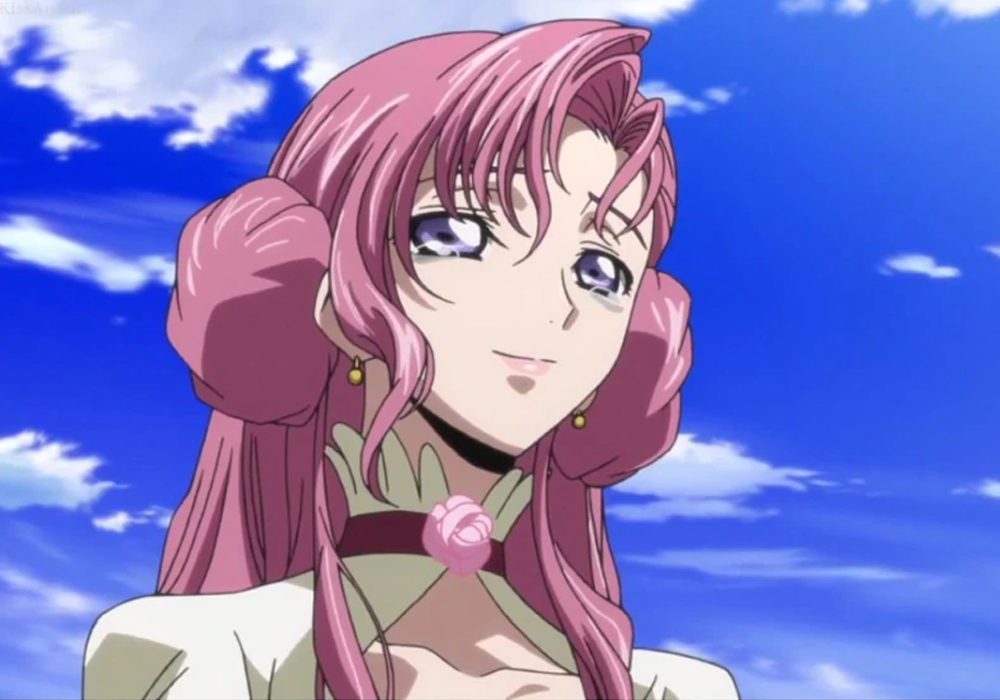 This pink princess embodies the best traits of Libras.

She shows her diplomacy and fairness for all through her enactment of the Special Administrative Zone of Japan.

Although idealistic, she pushed through it to restore some rights and privileges for Elevens.

This is also so she can be with Nunnally and Lelouch again. Unfortunately, it all ends in bloodshed.

Before her demise, Euphemia was loved by people due to her kindness and amiable personality. 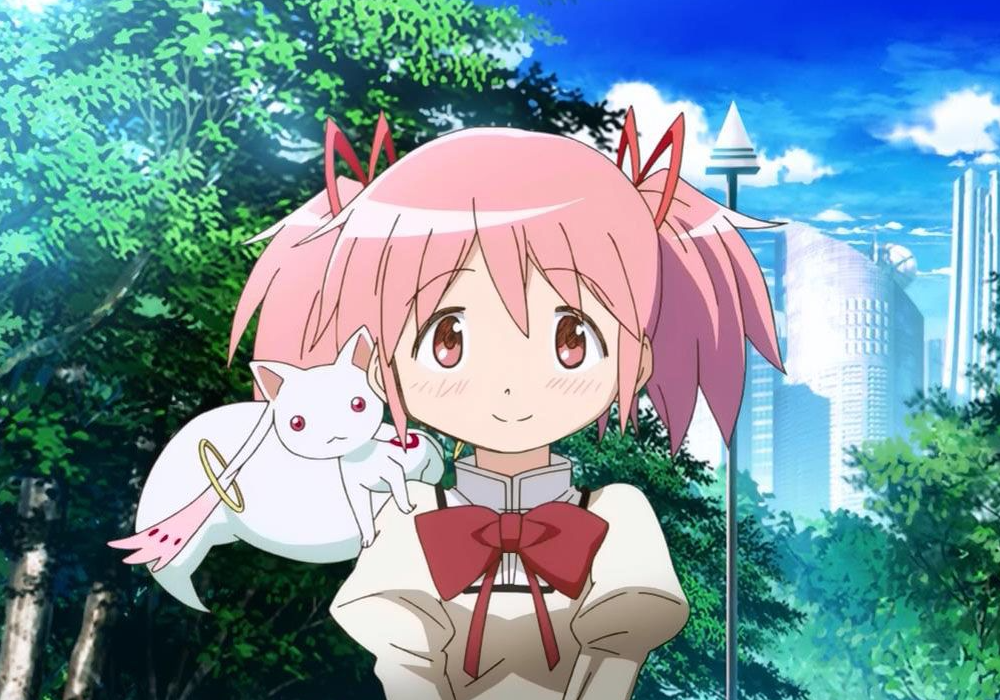 Becoming a goddess to stop the suffering of all magical girls sounds like something a benevolent Libra would do.

But even before she became Ultimate Madoka, Madoka was already a kind-hearted individual who was always there for her friends. This gesture was the reason Homura pledged herself to Madoka.

Madoka is a bit hesitant and indecisive at the start of the story. She’s naturally non-confrontational and doesn’t want everyone to fight each other.

In the end, she made the ultimate sacrifice. 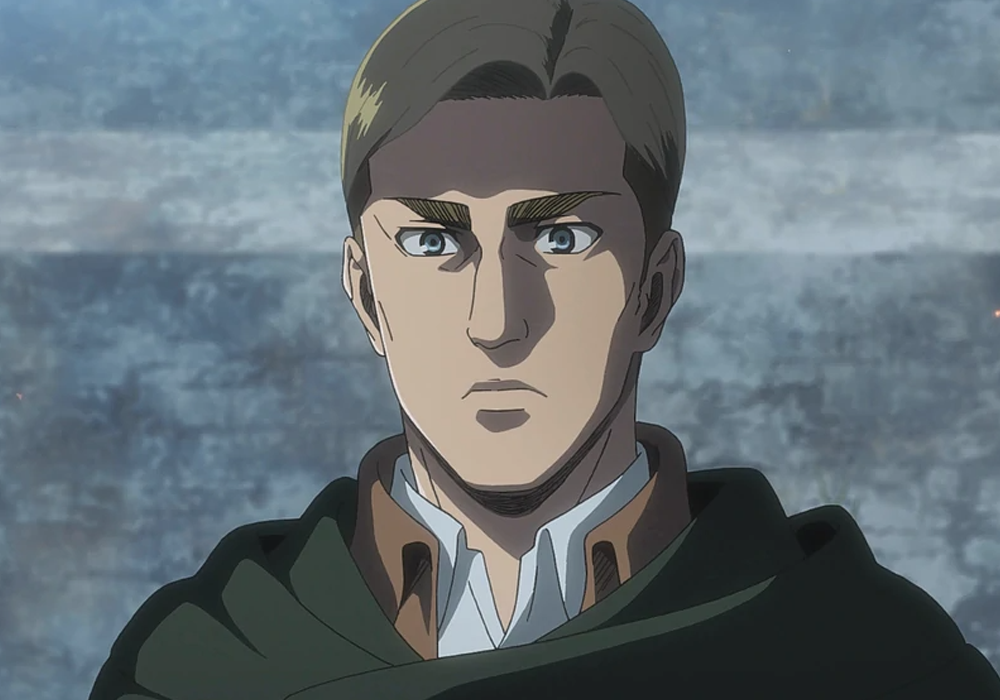 And for the best Libra on our list, let us all salute for the great and mighty 13th commander of the Scout Regiment – Erwin Smith!

As mentioned, Libras can be great leaders due to their positive traits. Erwin embodies these traits and definitely lives up to the leadership title of Libras.

Erwin might look stoic all the time, but he has his own way of enacting diplomacy and fairness to all.

He has a strong sense of justice and his ideals are unshakable, especially for his goals of knowing more about the Titans and freeing the world of them.

He showed cleverness when he came up with the Long-Distance Enemy Scouting Formation. His golden tongue as a Libra was on display during his speech to save Eren from the government.

He’s impressive as a commander and a Libra. We’ll never forget you, Erwin.