That’s right. The Leo characters get the stage this time. We have a mix of Leo protagonists and villains in our list, so it’ll be interesting to see how their characteristics overlap.

Well then, let’s be wowed by their charm, willpower, generalship, and benevolence. Follow the roar of the lion!

Based on the tropical and western zodiac calendars, those who are born on July 22nd to August 23rd are under the Leo star sign. 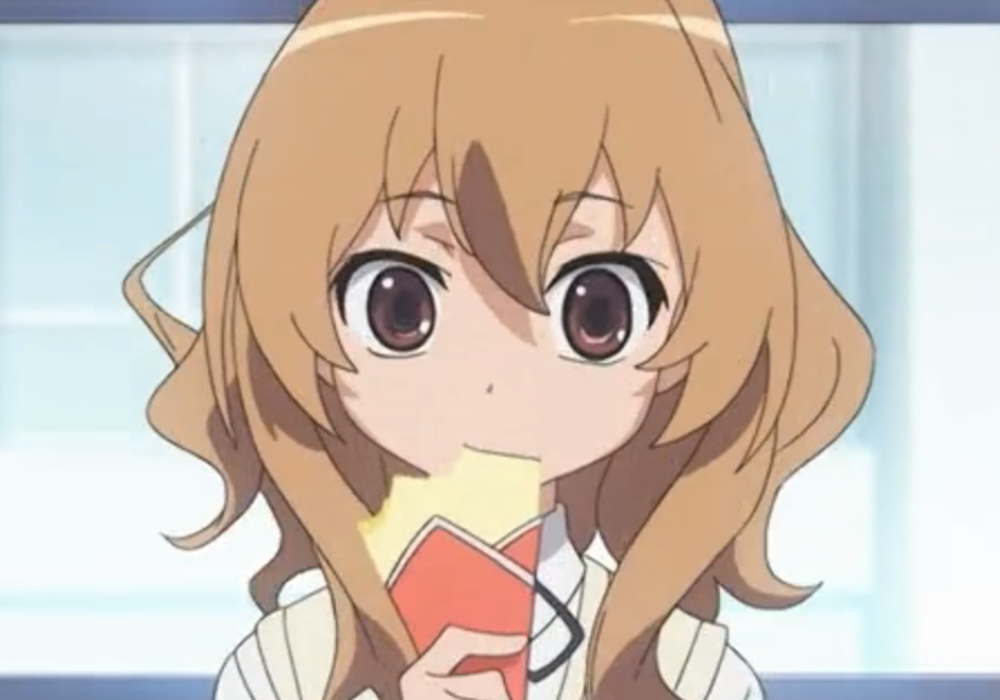 Leo is the fifth zodiac sign. Like Aries and Sagittarius, its element is fire. It is also ruled by the sun. And just like its name, it is symbolized by the lion.

Leo people are defined by their leadership skills, determination, generosity, and charisma. They are charismatic people who can lead and are full of tenacity, strength, and bravery, but also big-hearted and selfless.

However, because of their innate giving heart, they might end up opening up to undeserving people. In that aspect, they can be naive. 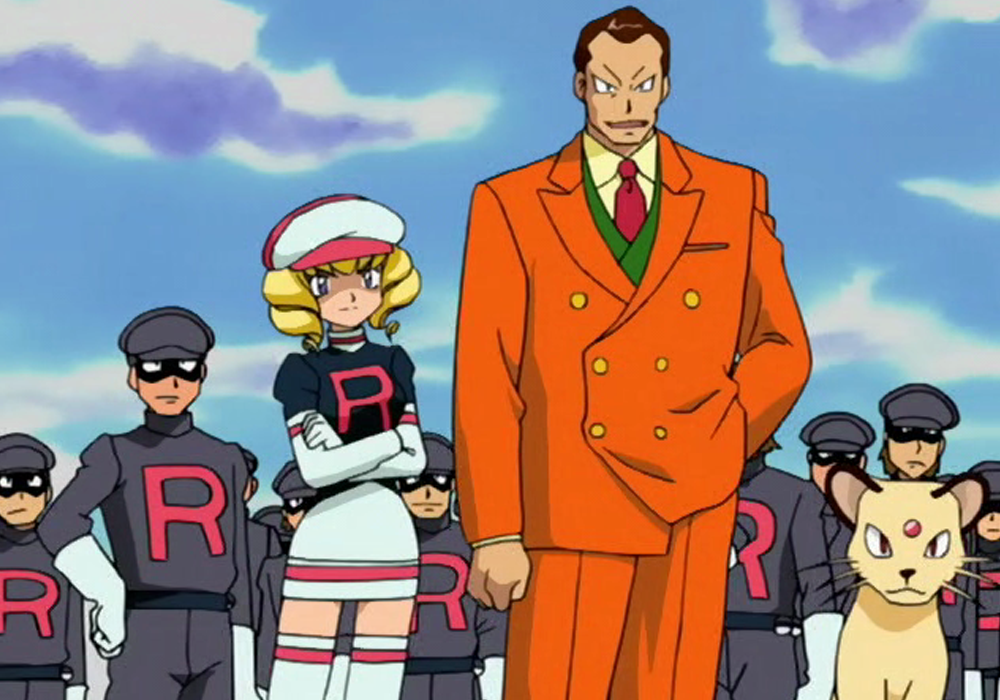 Their self-confidence can be too much that it becomes arrogance. It happens with their determination, too – it can become stubbornness. They also have a hard time accepting criticism.

But a well-balanced Leo is a friend you want by your side. They will give everything to support you and can be excellent people to follow and look up to. 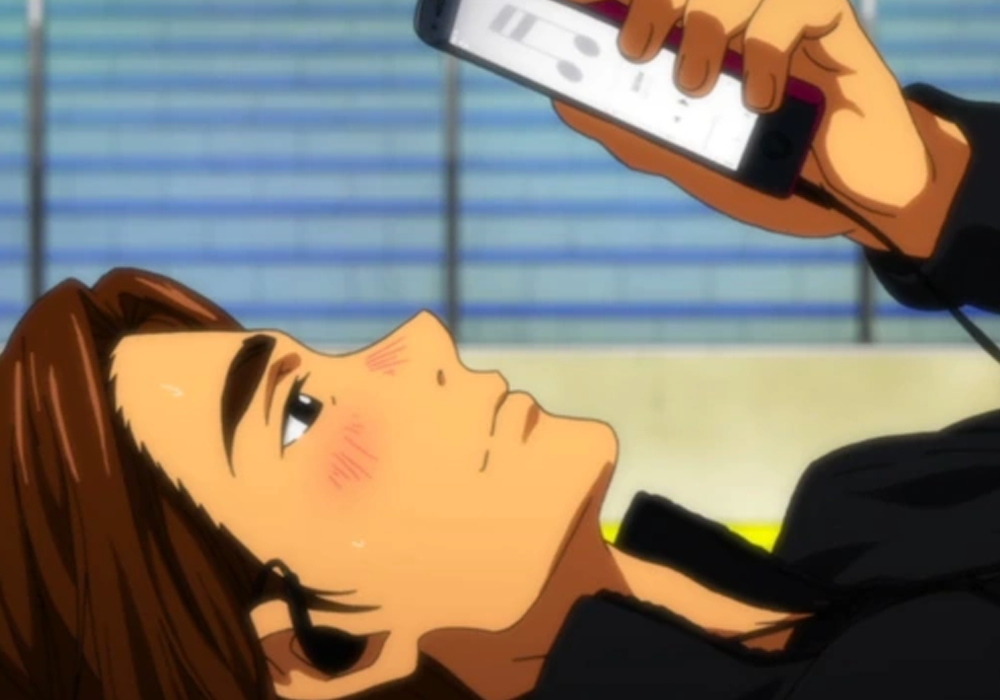 But that’s not the only noteworthy Leo trait he has. He shows his warm and generous heart by showing his concern for Guang Hong Ji.

Leo loves sending text messages to friends, and coincidentally Guang Hong Ji loves SNS too. So when the latter did not reply to any texts, Leo looked for him in China to know if his friend was alright. 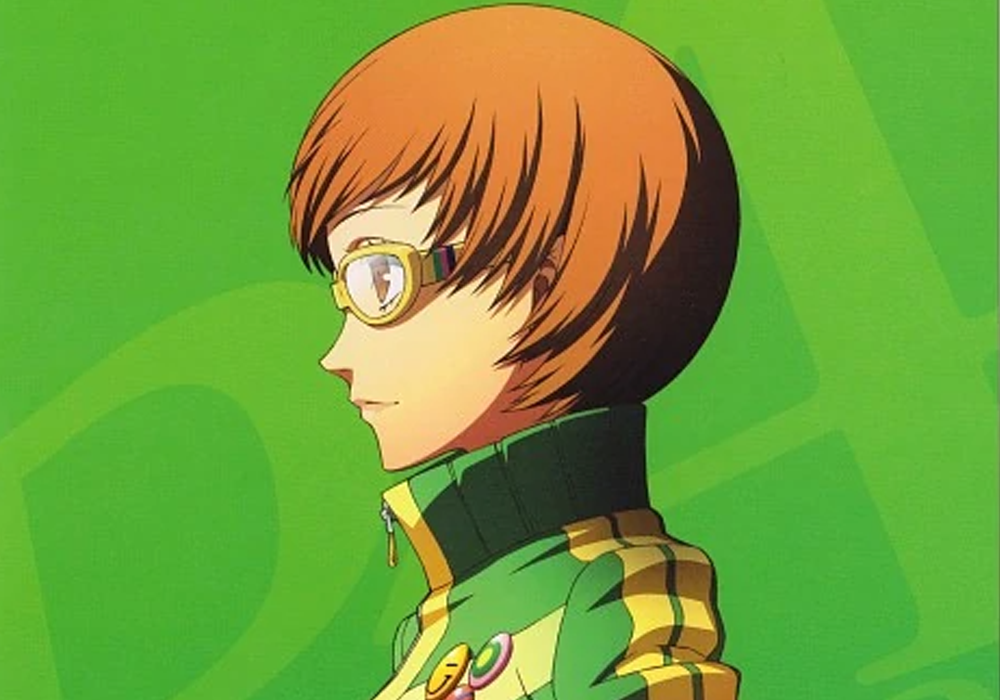 As the confident friend in the Chie-Yuuko duo, Chie shows her charismatic Leo self. She was also the first one to warmly welcome the protagonist upon meeting him at school.

Her fondness for kung fu, martial arts, and meat often lets her fiery Leo side come out. Don’t ever be the person in between Chie and her steaks, or you’ll get to see the temper of a hungry lion! 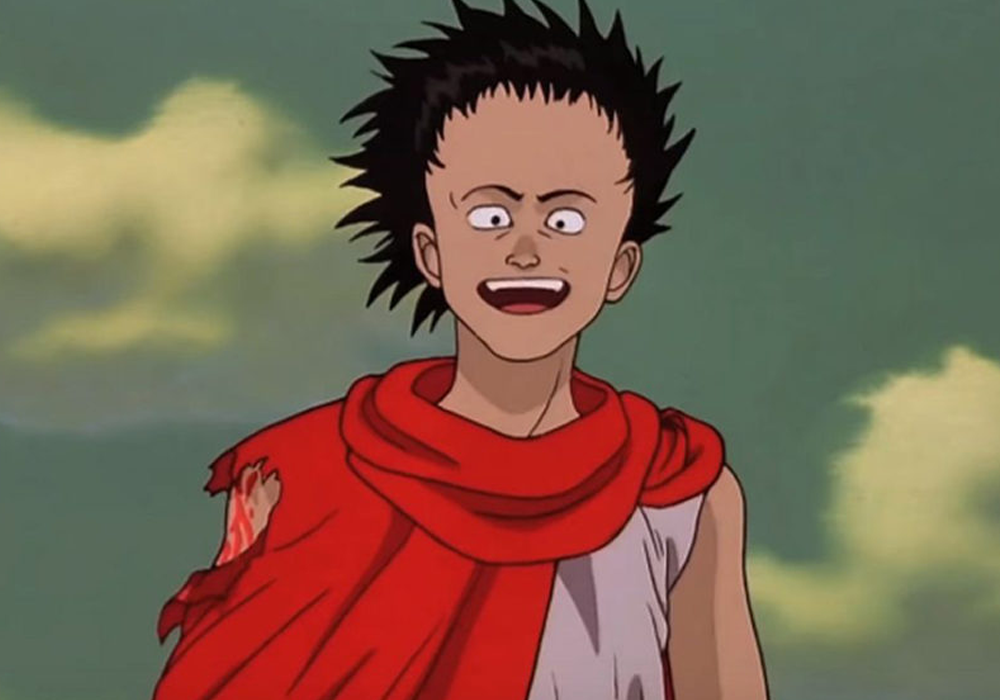 Because of their inability to accept their shortcomings, Leos can sometimes get an inferiority complex. Tetsuo definitely shows the negative traits that often fester in brooding Leos.

Deep down, Tetsuo detests being bossed around. He also hates being treated as beneath others. On the surface, he unleashes his anger and rashness instead.

After getting the Espers’ powers, his entire attitude just becomes worse. His story is a tragic Leo tale. 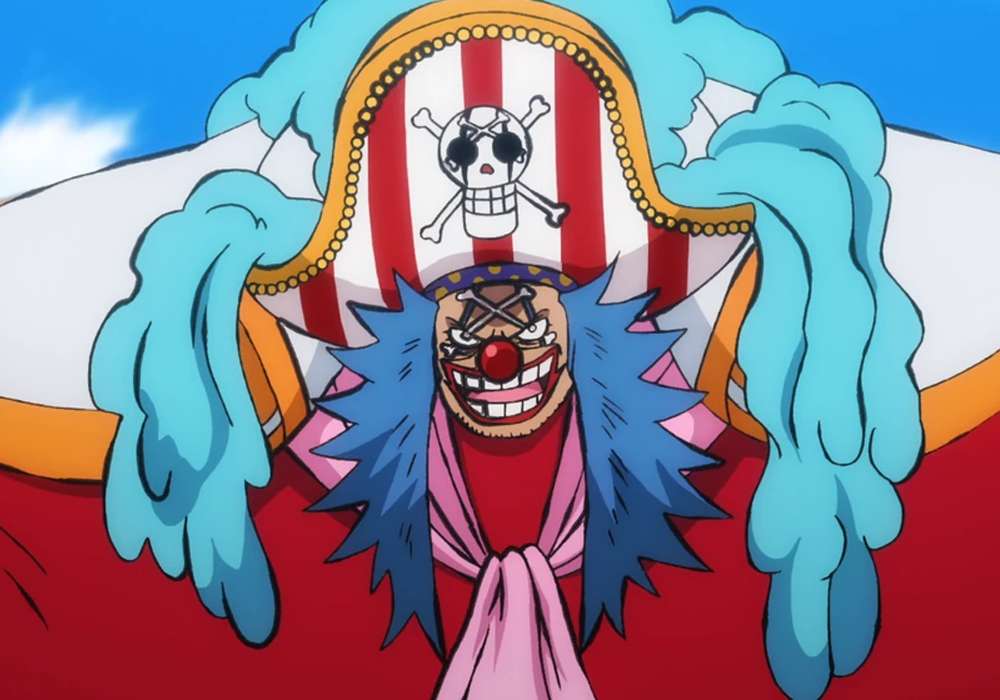 Due to their intense determination, Leos can get opportunistic. And like an opportunistic lion, Buggy immediately jumps on any chance to get strong subordinates or make himself look good.

That’s right. This clown can be quite vain! His Leo confidence is through the roof, and it comes back down as egotistical.

Even as a young kid, he already complained that the Whitebeard Pirates were getting more attention on the news than his own crew!

A conceited clown is quite a unique Leo character, alright. 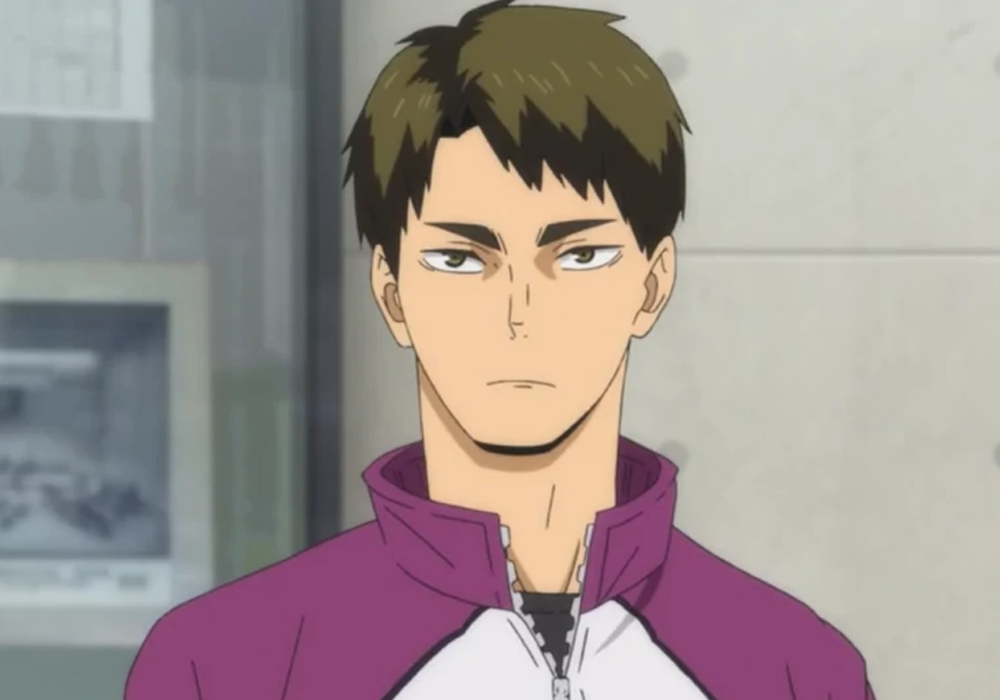 Although he seems quite intimidating with his stoicism and unchanging fierce expression, this very same intense vibe creates a magnetic charm that draws others to him to become inspired.

Ushijima is very dedicated to volleyball. He strongly believes that you have to cultivate your talent by getting excellent training from good schools.

So he thinks Oikawa is wasting his time and that Hinata’s confidence is unfounded. This kind of dismissiveness often happens with Leos, who get stuck with their own beliefs. 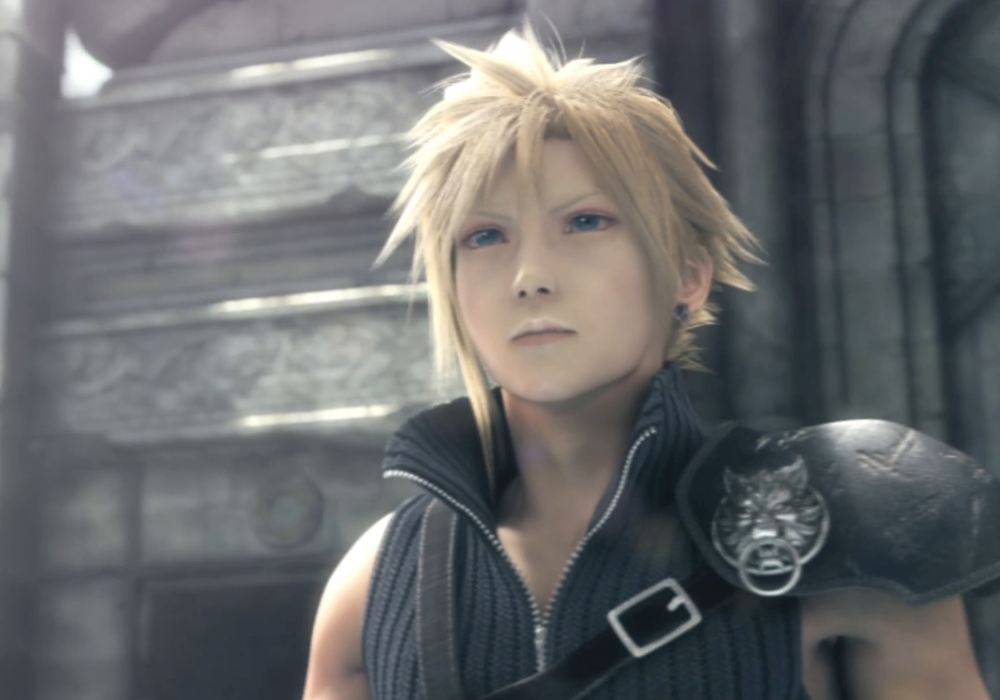 Despite his past, the things he went through, and his reserved attitude, Cloud tries to be a great leader to his team. Likewise, his party members are there for him.

The problem is Cloud has a tendency to be quite stubborn when it comes to keeping things to himself, which worries Tifa a lot!

In Advent Children, he stubbornly tried to hide his Geostigma problem, getting depressed and guilty in the process. 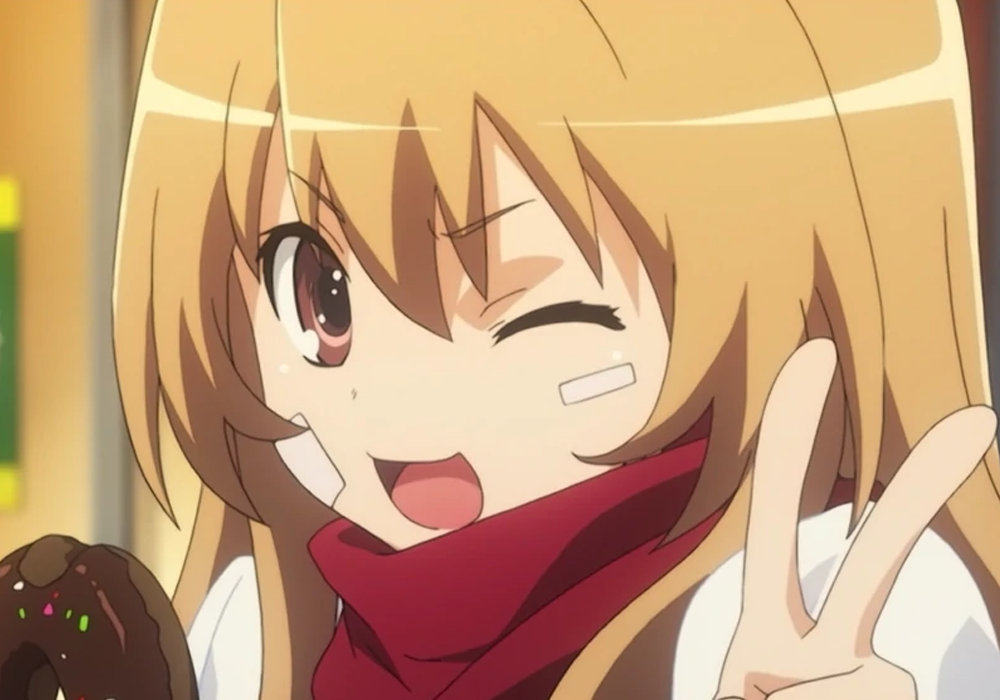 This tiny but fierce character might be better known as the Palmtop Tiger, but Taiga is a Leo through and through.

She shows the fierceness of Leos (and tigers) whenever people point out her small stature. This complex and inability to accept criticisms is a Leo trait.

Taiga can also get pretty competitive. This determinism is very much a Leo thing, to the point that she doesn’t mind using underhanded tactics just to win. 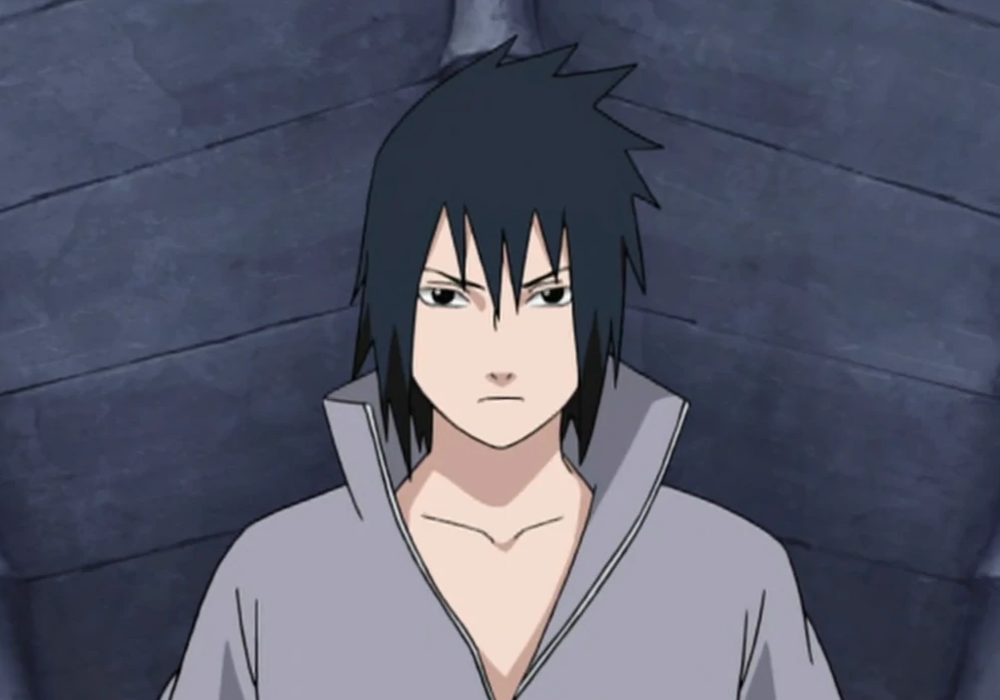 Sasuke might seem too chill to be a fierce lion, but he’s one of the Leos for sure.

To avenge his village and get justice for their deaths, he showed a Leo’s determined spirit to push for this mission. He didn’t even let his friends stop him at all.

Sadly, Leos can get naive or be manipulated by others. Sasuke opened himself up to the wrong people who just used him, although he didn’t mind this just so he could get strong and reach his goal of killing his brother. 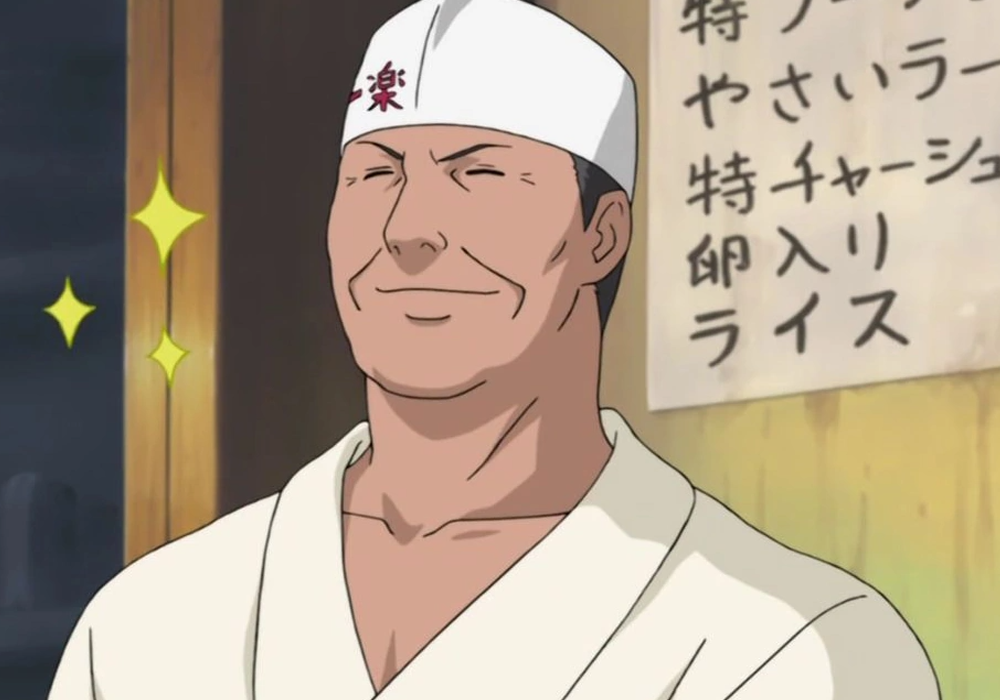 Let’s go back to the positive side of Leos with Teuchi, the ramen shop owner in Naruto.

Teuchi is passionate about his craft. You often see him toiling away, serving customers left and right, all while perfecting his ramen. If he sees his staff handling the bowls wrong, you bet he’ll roar about it!

He also shows his generous heart to Naruto. He knows he’s a troubled kid, and so he shows he’s always there for him through his ramen. Let his generosity and a big bowl of ramen warm your heart! 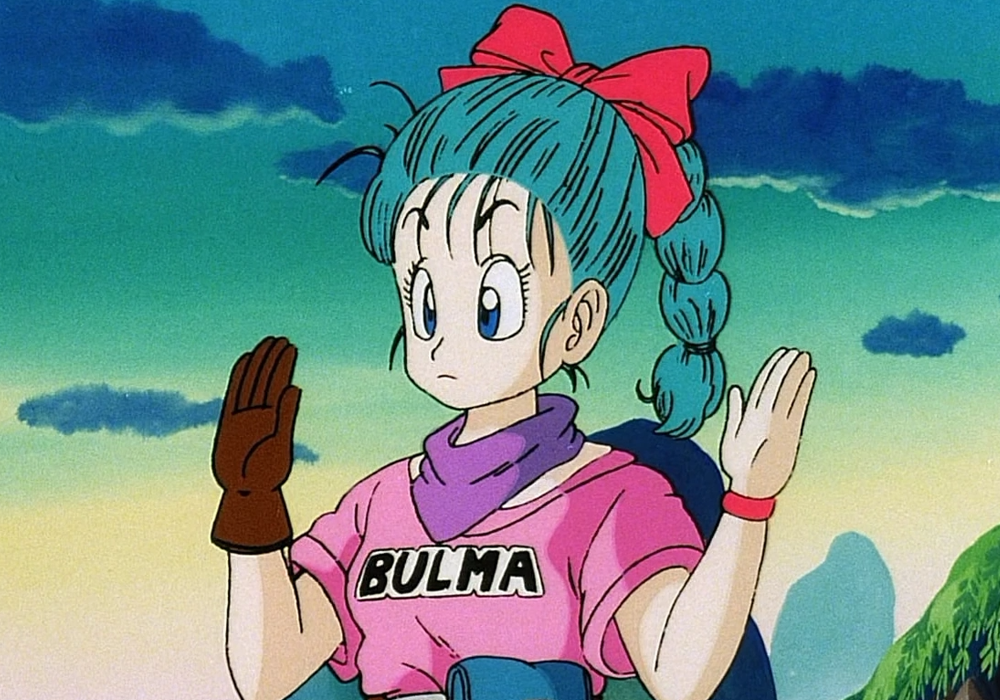 From the very first time she is introduced, we see Bulma being very determined to find the Dragon Balls.

And even in Namek, we see her work hard with Gohan and Krillin in securing the Namek Dragon Balls and helping save the planet.

Bulma also shows a Leo’s generosity when she first found Goku in the mountains. At first, she was dumbfounded to see a kid so strong but so wild. She helped the almost feral Saiyan kid, and ever since then, she would assist him in battles to save the world. 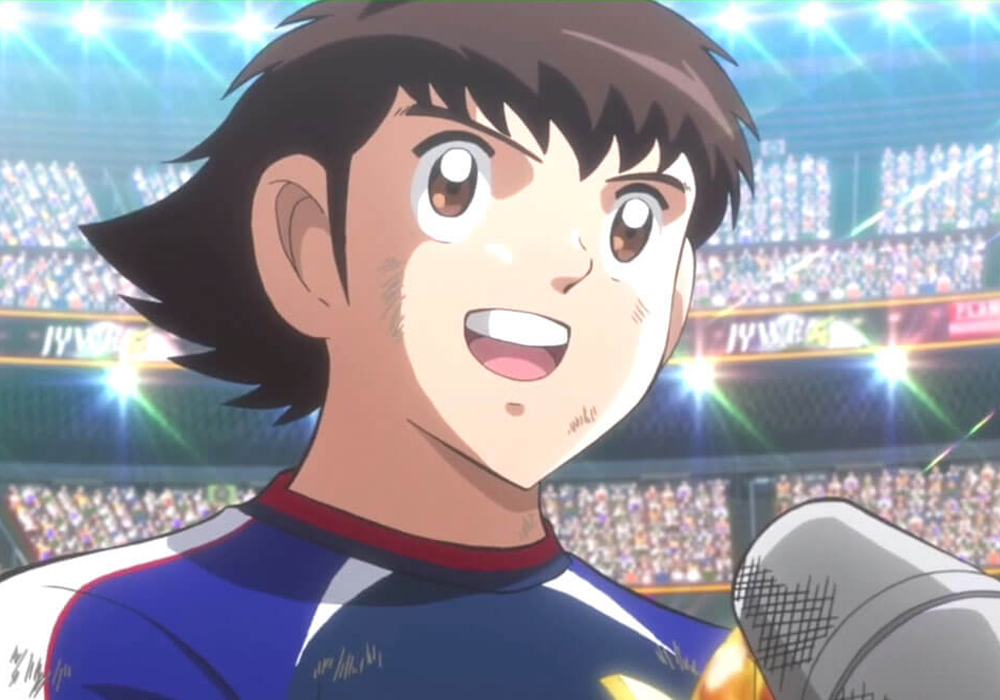 Leos can be quite tenacious with their interests and goals. For Tsubasa, ever since he was a kid, he’s always been very keen on football. He wouldn’t go anywhere without a ball!

He went to a school where baseball was more popular, and it hurt his grandma’s heart to see him alone, so she bought him a bat and a glove. But this just made Tsubasa realize that his heart belongs to football. 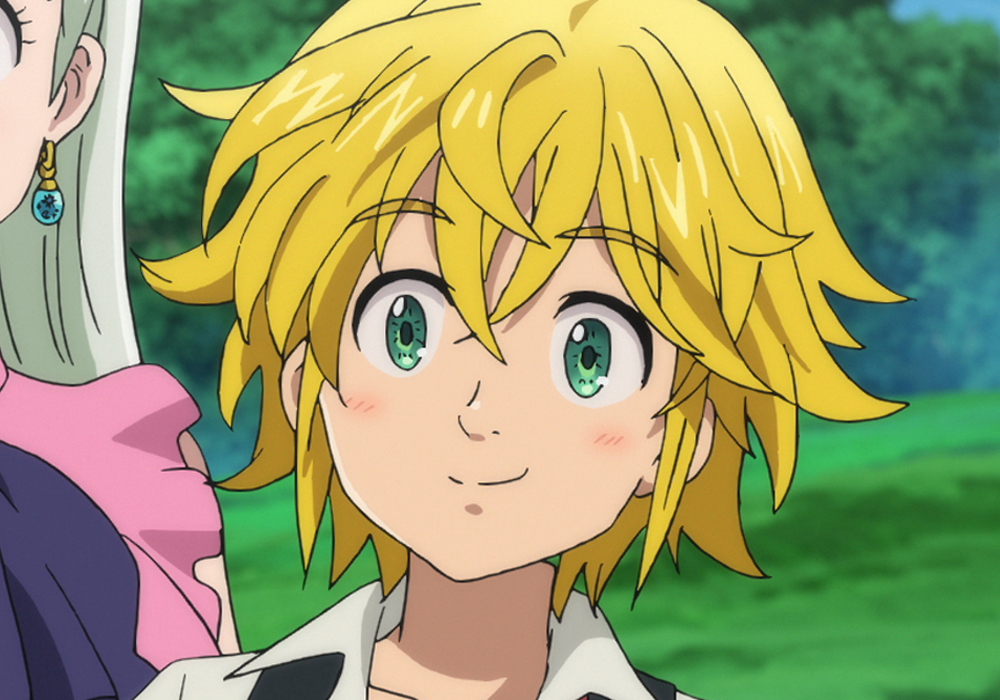 The very notable trait Meliodas has that really reflects his Leo self is his fearlessness.

Early in the story, when he faces the mysterious and spooky Rust Knight, who turns out to be Elizabeth, Meliodas keeps his composure.

He also has a willing heart to help people in need. His strong sense of justice and putting a brave face for his companions, even when having injuries, shows his impeccable leadership.

While Reiner showed his determined heart to push through his mission to infiltrate Paradis Island, his bleeding heart made his ideals shaky.

Reiner has always been a big-hearted guy. He cares for his young relatives and friends, especially for Gabi and Falco. He developed sympathy for his companions in Paradis.

In the end, he’s very torn and just wants everyone to be okay. Let poor Reiner rest. 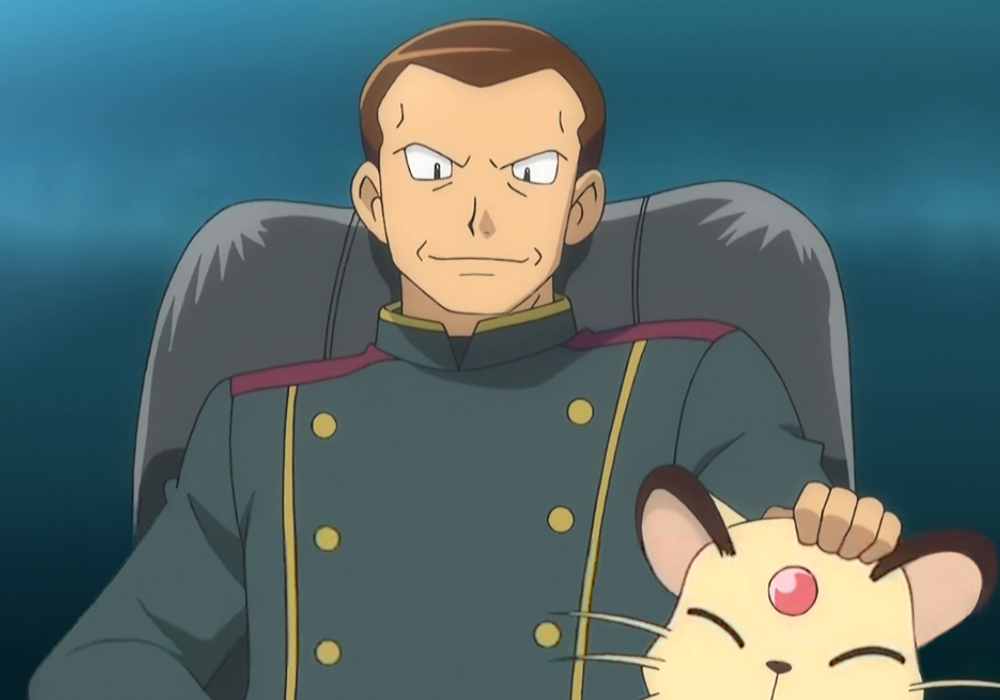 Leos can be charismatic leaders who will work hard to reach their goal. And for Giovanni, you bet he won’t stop until he gets all the strong Pokemon he can.

Now, if only that pesky Pikachu could be caught already – right, Giovanni? 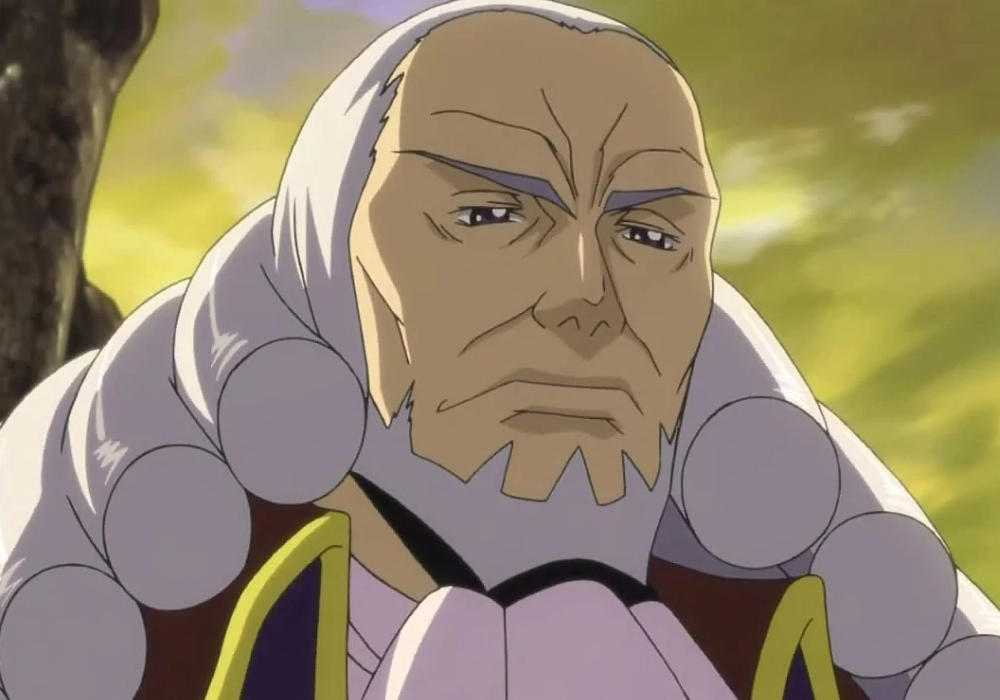 As far as Leo leaders go, being an emperor of the Holy Britannian Empire has got to be one of the highest positions.

Charles shows the side of Leo that gets too focused on their goal and leadership responsibilities that they end up trampling on others. He doesn’t care how his enemies are dealt with and tests his own children to see who is useful.

His arrogant Leo side can get pretty dismissive. He believes in social Darwinism, where only the strongest deserve to rise.

But in the end, he reveals that in this twisted plan of his, he is only making a gentle world for Nunally. 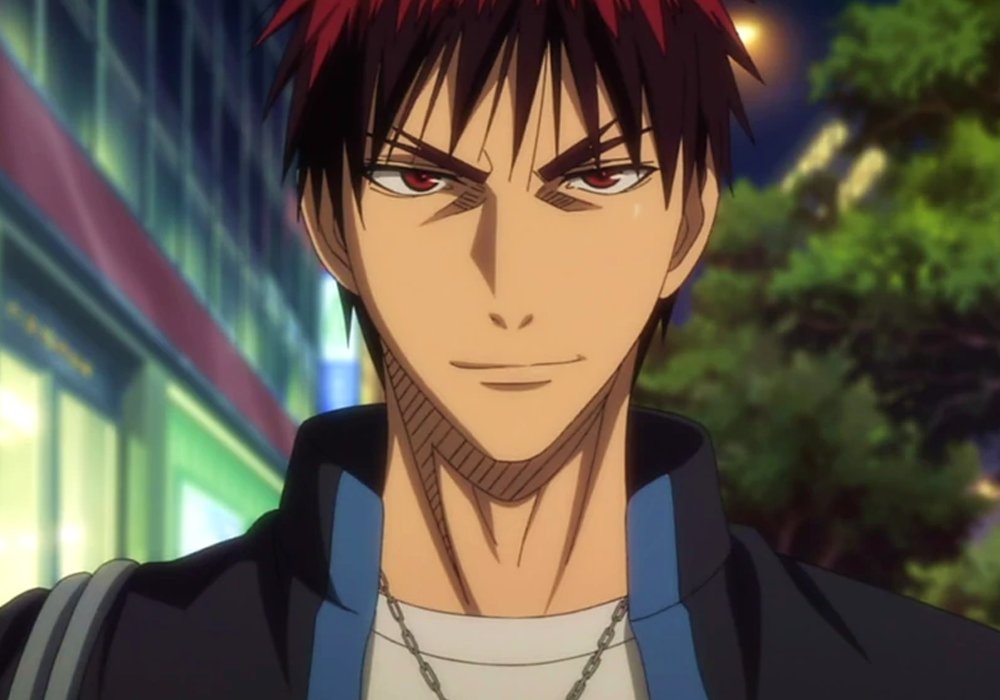 Kagami is a classic Leo! He has all the obvious traits, like being determined, ambitious, and acting a tad stubborn.

He also likes a good challenge, which he thinks can help him get better. This is why he challenges Kuroko!

Kagami is also relentless, often not giving up easily in matches. You definitely want this Leo by your side in sports. 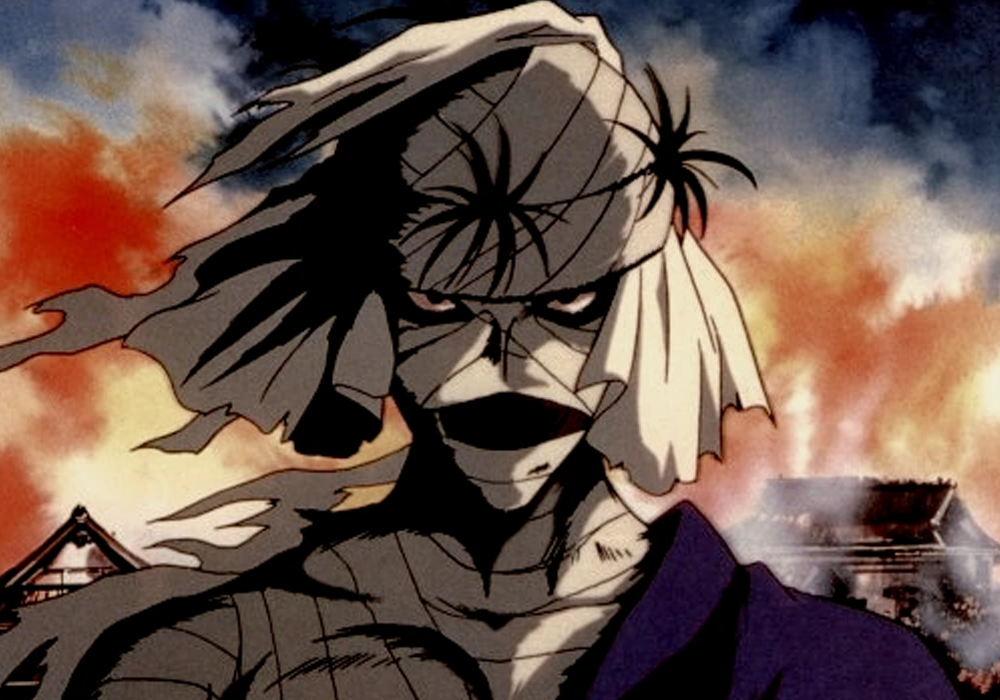 Betrayed by the government he served, Shishio aimed to overthrow it in the way he knows best – by causing chaos. He gathered strong fighters in all of Japan to start his private group of elite warriors, the Juppongatana.

As the leader of the Juppongatana, Shishio had his own compelling way to let these warriors fight for him. He was charming but also manipulative. He was quite a mastermind but also dismissive of the weak. 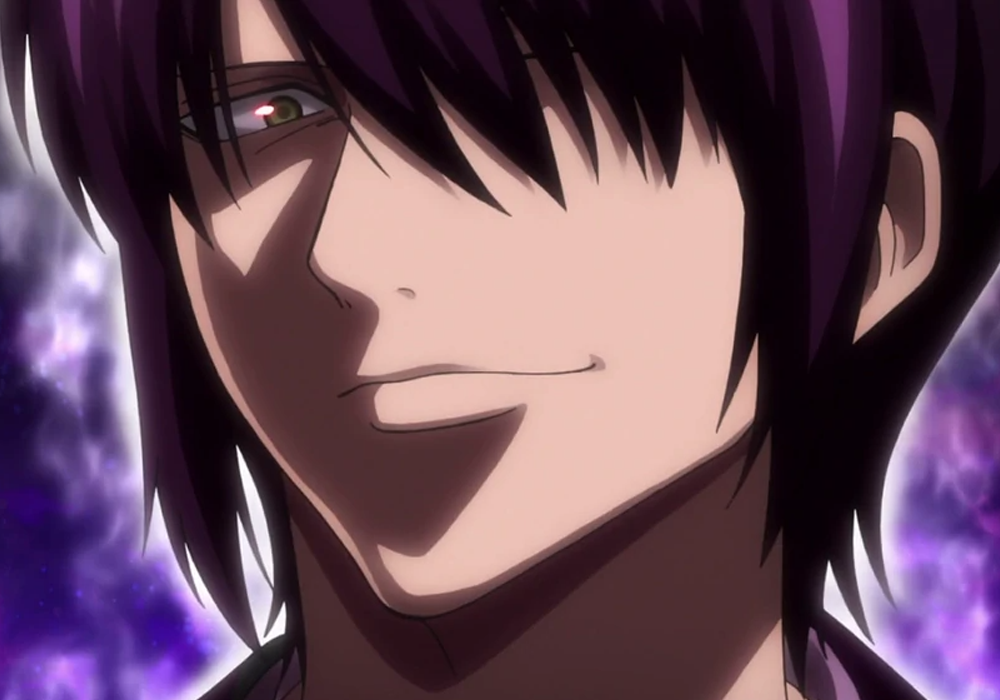 Hurt, angry, and guilty over his mentor’s death, Takasugi goes on a warpath against the world. He shows a Leo’s tenacity and drive to reach his ambition, which is to destroy the world.

As the leader of the Kiheitai, Takasugi is very charismatic and commands attention and loyalty from his soldiers from his charisma alone.

They still have to watch out – Takasugi has a mean lion temper and won’t hesitate to eliminate anyone! 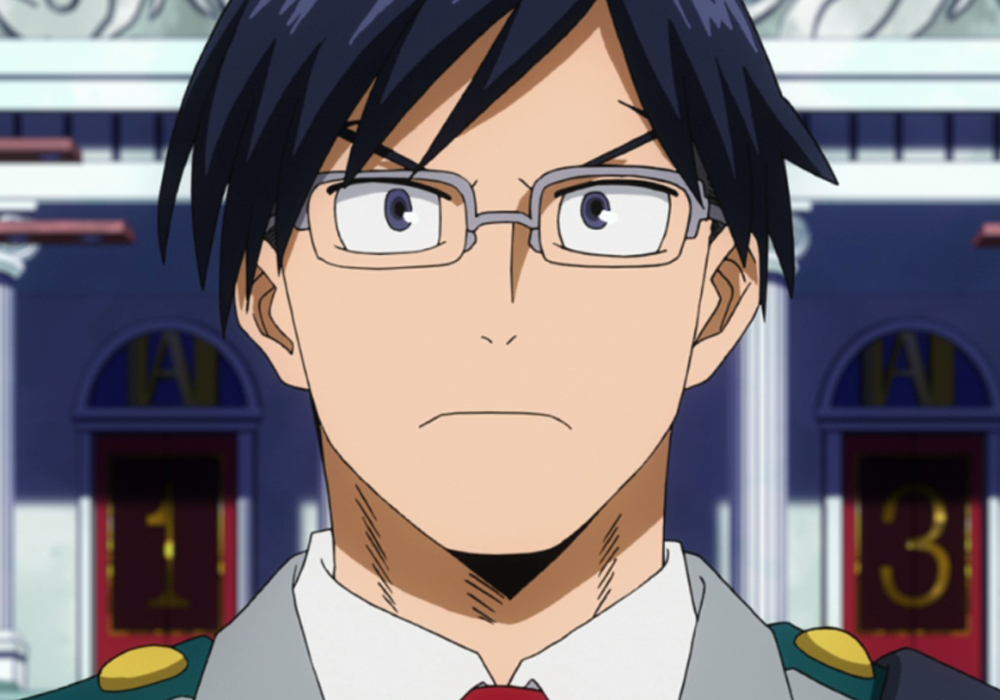 As the class representative of Class 1-A in U.A., Tenya exhibits his leadership skills by guiding and helping his classmates the best way he can.

Sometimes, he gets a bit overbearing with his odd hand and arm gestures. But all that comes from his warm and caring Leo heart.

Unlike other Leos who can’t accept criticism, Tenya quickly realizes his mistakes regarding vengeance. It’s not the answer and definitely not something a hero should do. 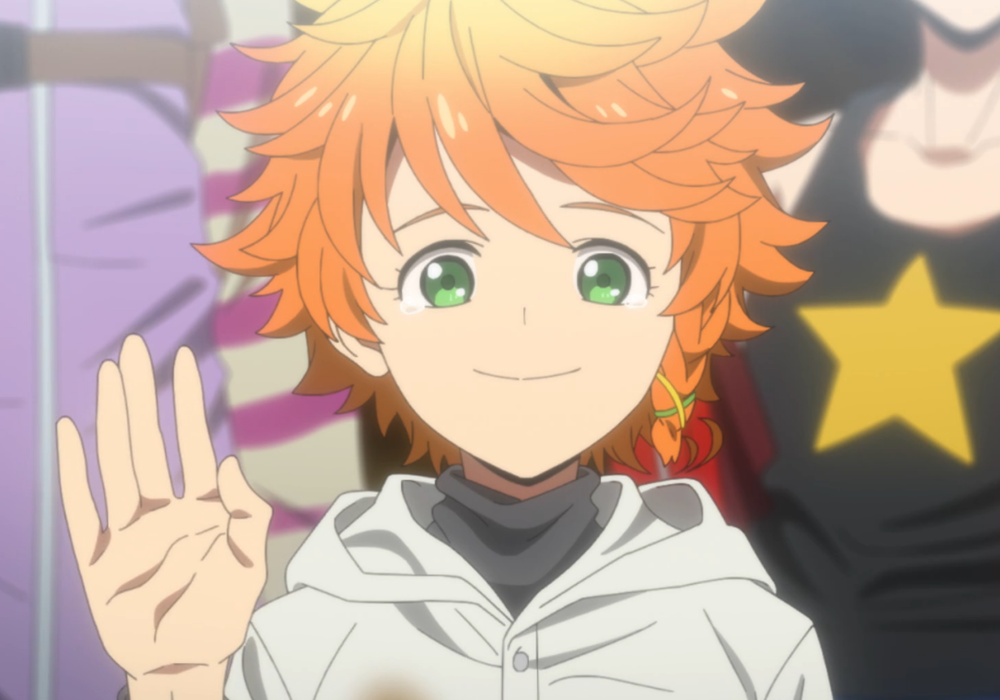 If you were raised in an orphanage to be served in a demon’s banquet later, it’s for the best that you get a leader like Emma.

Emma is an elder sister figure to younger orphans. Her heart is also full of love and care for her foster siblings.

That’s why after seeing the corpse of one of their foster sisters, something changed in Emma. She vowed never to cry again until they were all safe and well.

She is very determined to leave the hell hole they once called home. 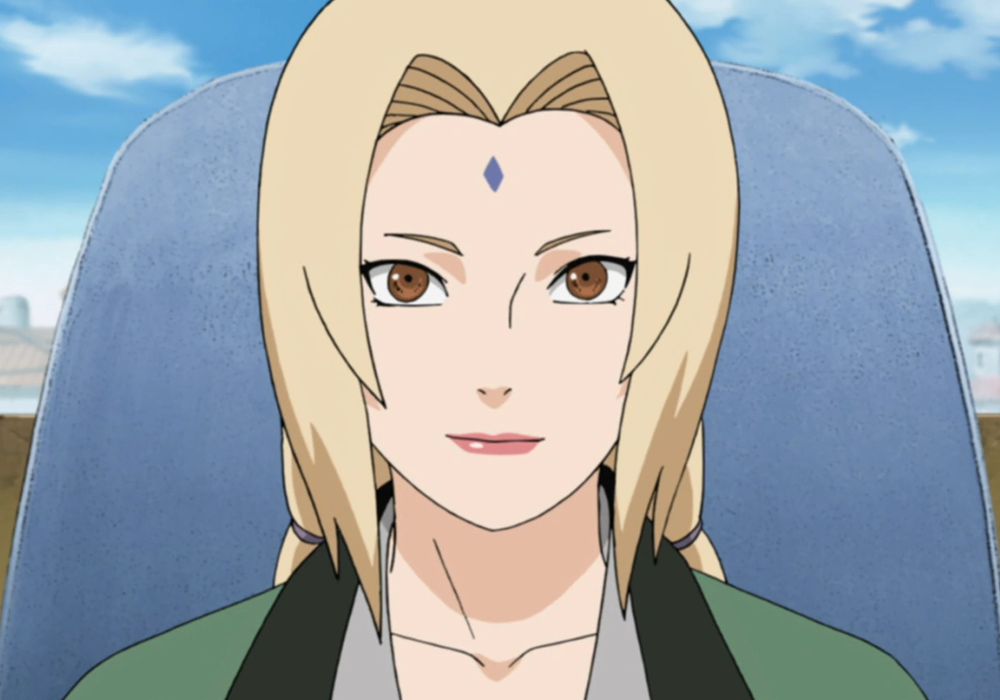 And the crown for the best Leo on our list goes to – drumroll and roars, please – the great Lady Tsunade!

Despite her past hangups due to lost loved ones and trauma, Tsunade took on the role of Fifth Hokage like a champ. She is an excellent leader, even willing to sacrifice her life for the safety of the village.

And like a great leader who uplifts you, Tsunade supports other people’s dreams. Due to her past with Dan and her little brother, she knows how important dreams are.

She gets inspired by Naruto’s Hokage dreams and even keeps her position to pass it to him someday. She supports Rock Lee’s ninja dreams and even ensures he survives and lives to reach his goal.

We applaud you, Lady Tsunade!