Wondering which anime characters are born under the Aries star sign? You’re in luck!

In this Nerdbear article, we’ll be talking about the best Aries anime characters!

From fiery personalities to subdued but determined protagonists, we’ll be taking a closer look at their personalities and characteristics that make them an Aries.

Let’s channel these Ariens and dive headfirst into this list! Ready? 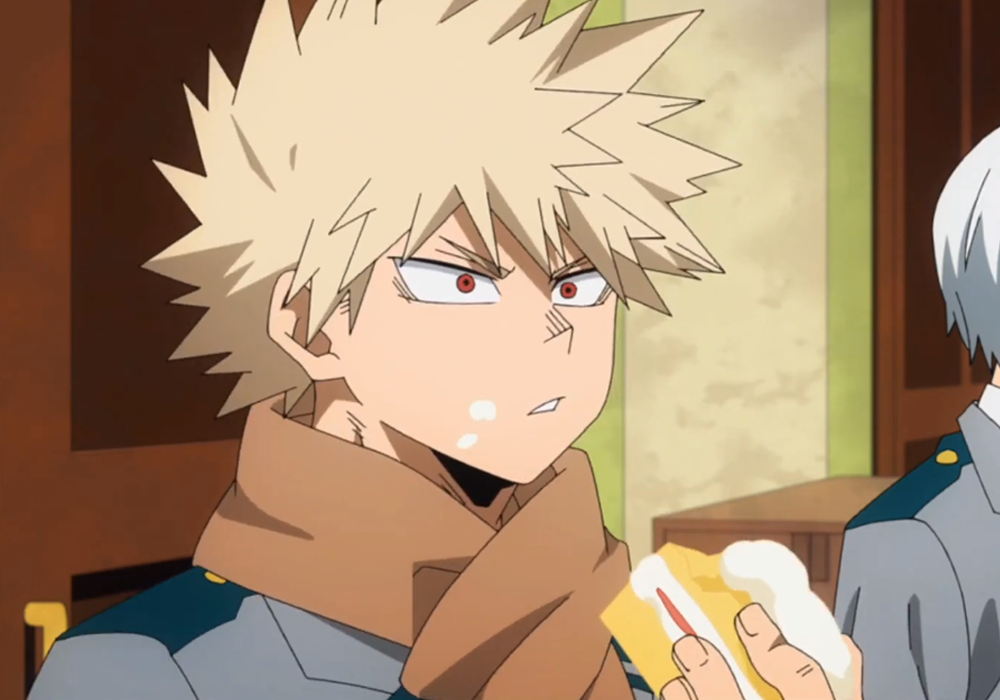 According to Wikipedia’s entry on Aries, those who are born from March 20th to April 21st, under the tropical zodiac, get the star sign Aries.

Aries is the first fire sign among the zodiacs. The color associated with it is red, while its symbol is the ram.

Ariens are known to be bold, determined, brave, competitive, and optimistic. They’re also brimming with energy, are friendly and honest, and can be natural leaders.

They can be independent and passionate pioneers too!

However, when some of these traits are not kept in check, they can become negative aspects of their personalities. 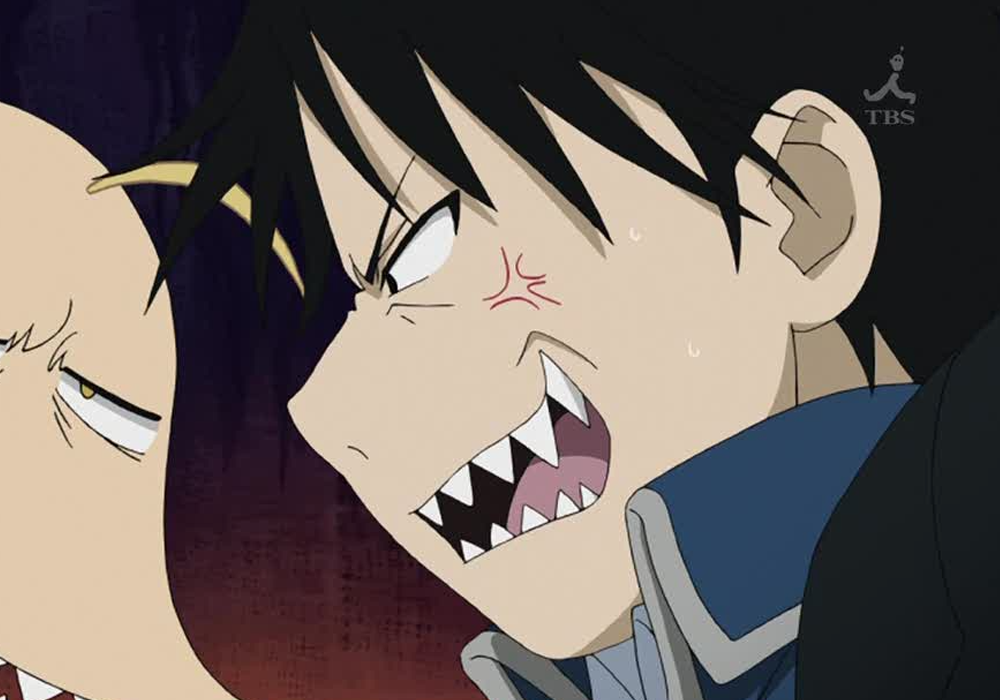 Ariens can get reckless, tactless, impatient, overly competitive, and easily angered. Their blind optimism can lead them into risky situations.

Still, their fiery characteristics, matched with their headstrong ram personality, make them an assertive and loyal ally that should be treasured!

You might also notice that a lot of heroic main characters are Ariens! 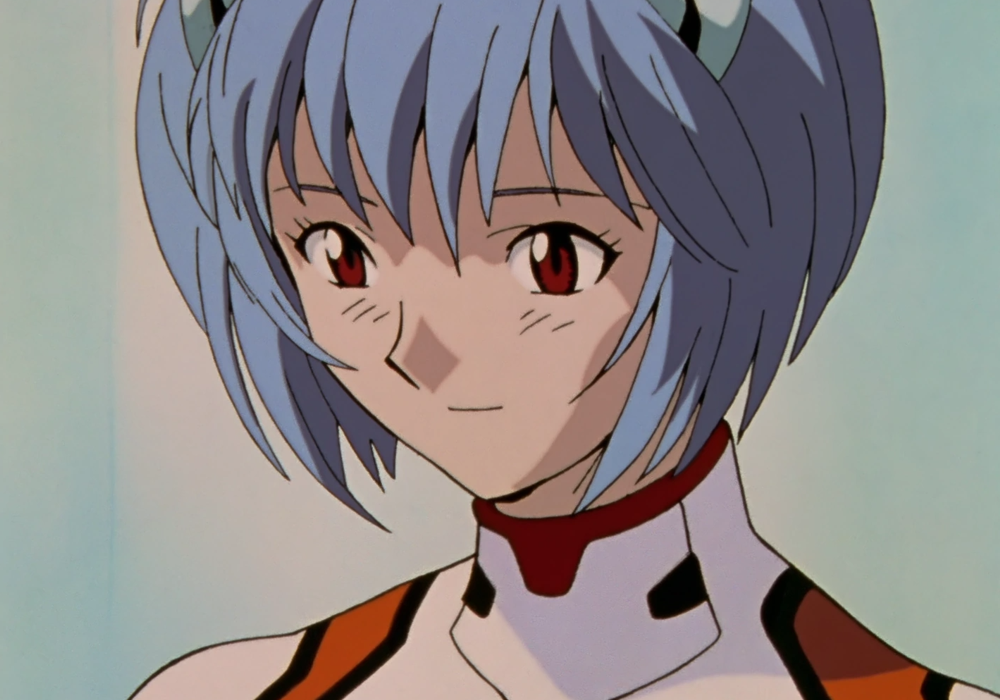 Whether Rei is truly an Aries remains a mystery.

Her birthday isn’t set in stone, and fans only celebrate it on March 30th due to the compilation album Evangelion: The Birthday of Rei Ayanami, released on said date.

But despite her reserved and quiet nature, Rei still shows some Aries traits.

She is fiercely loyal and very determined to reach her goal, as shown with how she interacted with Gendo. 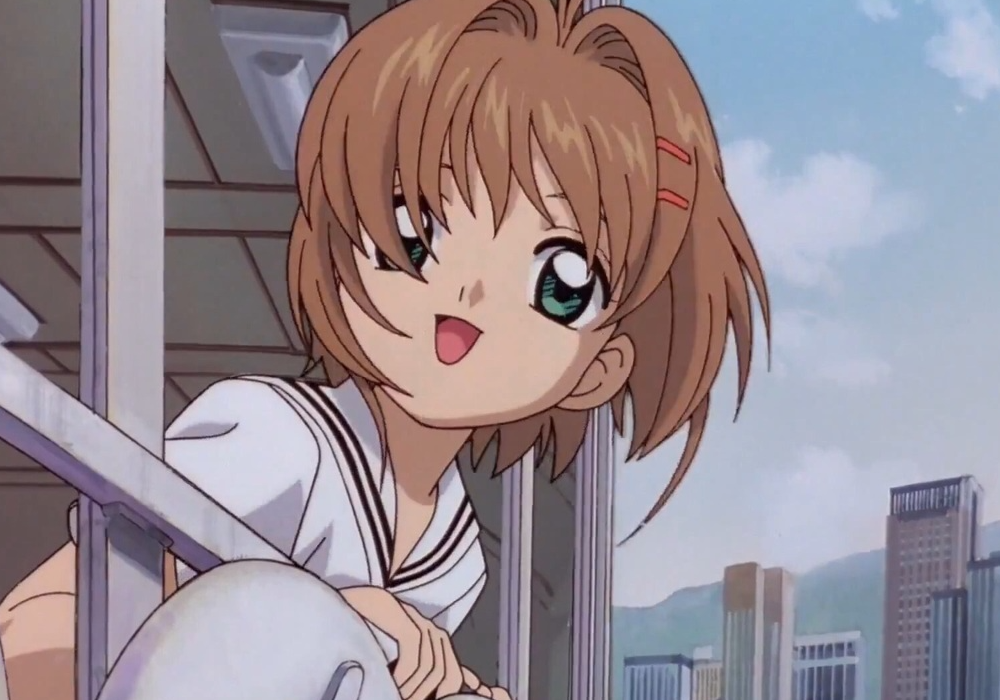 You might not expect her to be an Aries at first, but Sakura’s energetic nature, friendly personality, and optimism make her a true-blue Arien!

Throughout the series, she befriends a lot of characters – from aggressive Clow Cards to her rival turned love interest Syaoran.

She is also very optimistic, often saying, “Everything will surely be alright.”

We definitely need that kind of positivity in our life, Sakura. 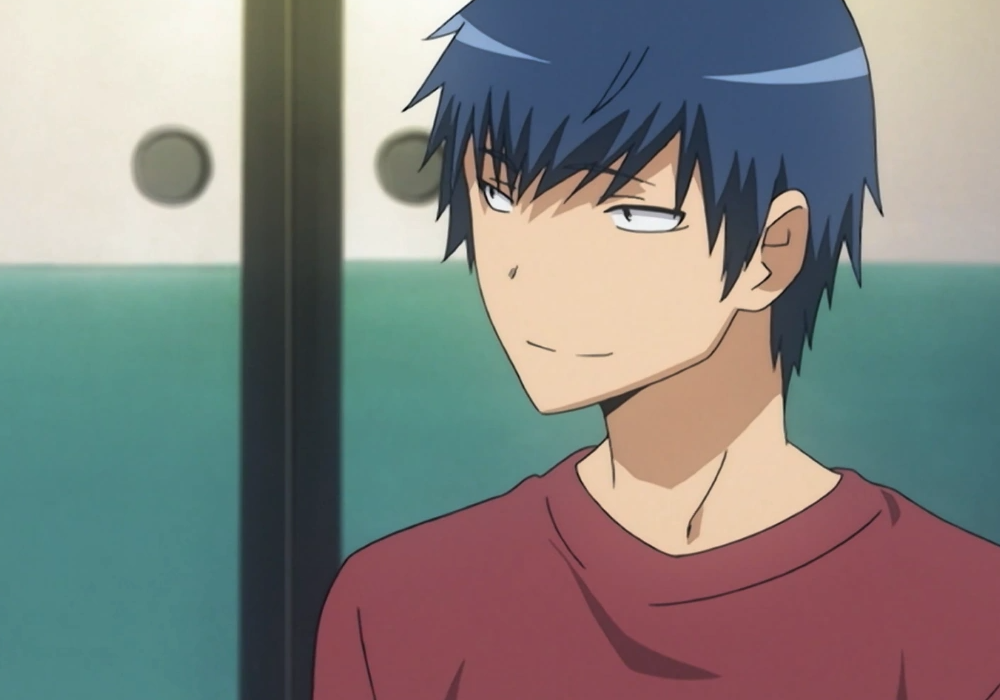 Because of his intimidating look, particularly his eyes, him being an Aries is immediately unmistakable.

But unlike some Ariens, Ryuji is actually a chill dude. Some people think he’s a delinquent, but he’s far from that!

He’s friendly – the student council vice president is his best friend! He’s also determined with his studies, getting great grades to the surprise of some.

He’s also quite independent and self-sufficient. With only a single mother to raise him, he learned how to cook and sew and is even a tad bit obsessed with cleaning! 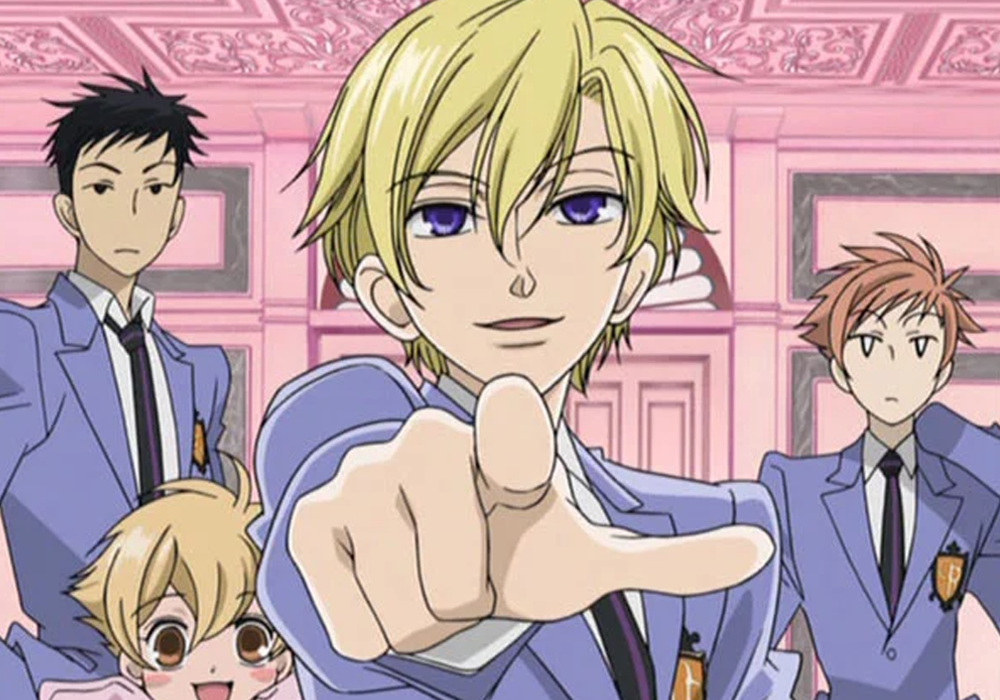 Tamaki’s energetic and spontaneous nature is unmistakably an Aries trait!

He’s the lively and charismatic leader of the school’s host club. But he can be pushy with his decisions and was even a bit possessive of Haruhi at first. He can also get sulky quickly.

But his positive traits outshine those. His leadership united five directionless boys and started the after-school club that gave them all a home at school. 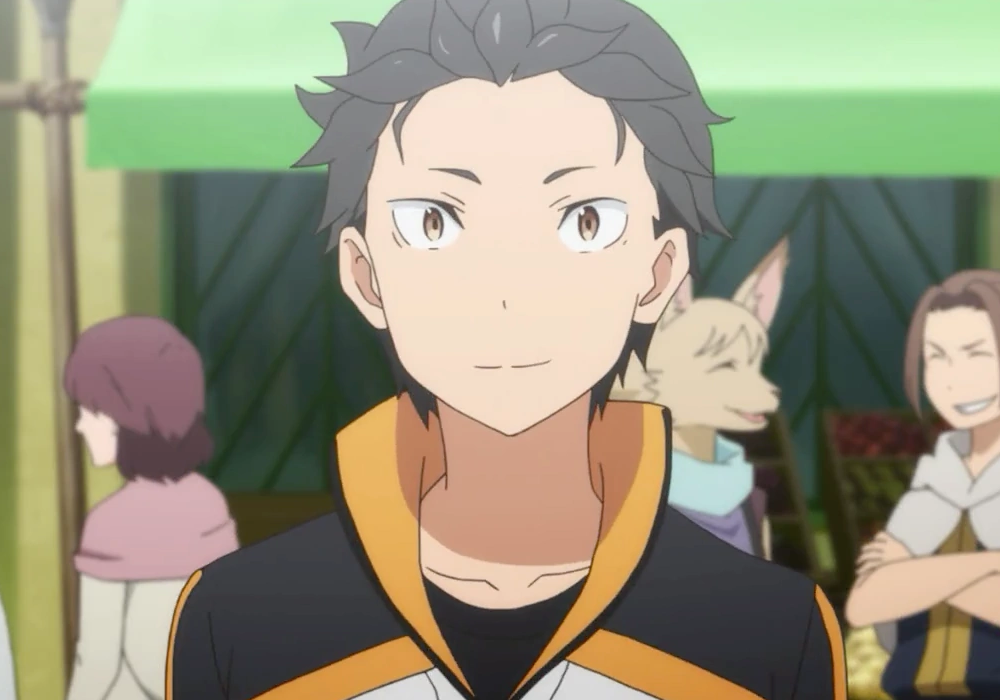 As a shut-in NEET, Subaru was immediately hopeful and optimistic to the new life and adventure he is given in this new fantasy world.

However, he has a tendency to make irrational decisions and be reckless. He also forced his feelings onto Emilia, pushing himself into her affairs.

However, with the help of Rem, he turned himself around and took steps to amend himself. 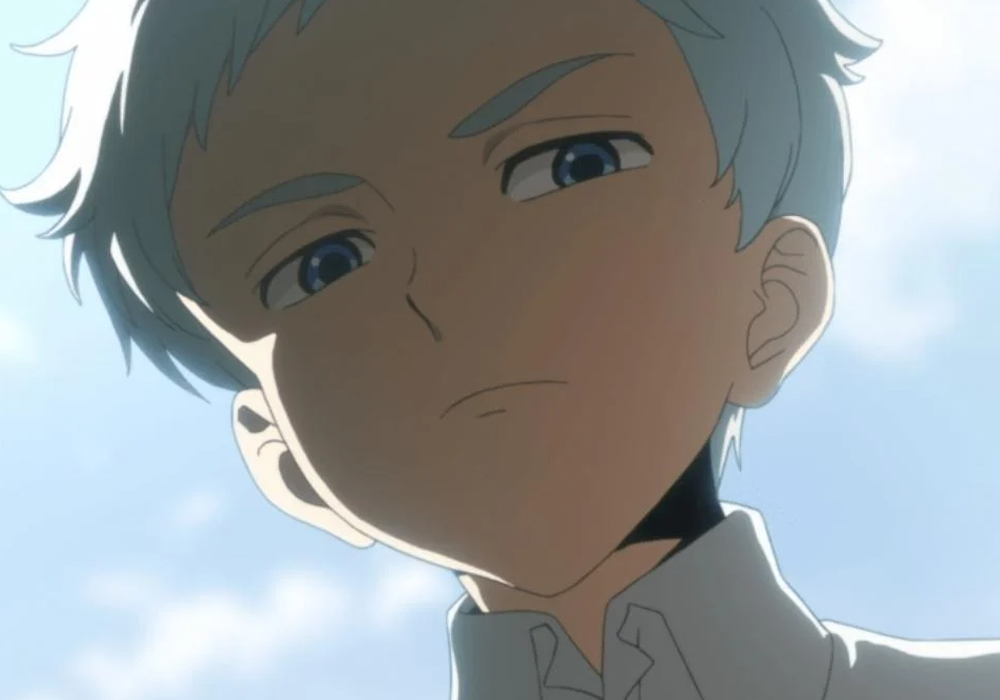 As one of the oldest kids in the orphanage, Norman was one of the first to know the truth about their reality and helped plan their escape.

On the surface, Norman might seem calm and level-headed. But underneath that is a turmoil of emotions and conflicting morality.

He is quite loyal to Emma, however. So when she wanted to save everyone, he hatched a plan that was quite cold-blooded.

Norman definitely shows how driven and ruthless he can be when pushed! 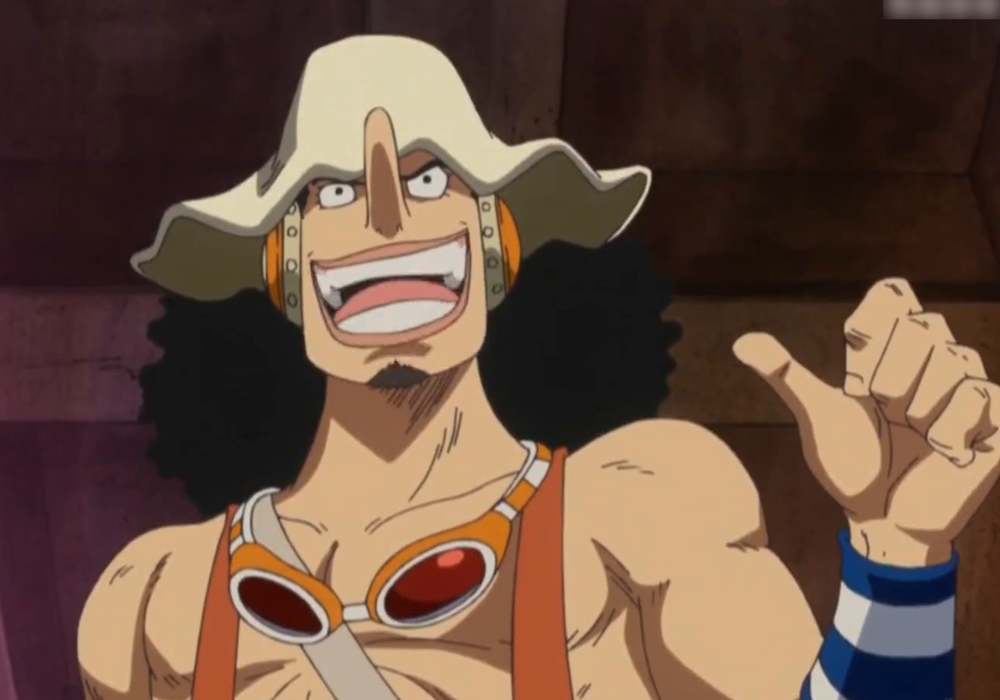 He might not seem like an Aries at first, but Usopp grows into a proper and respectable Arien!

At the start of the series, he was shown as being cowardly, which stemmed from his insecurity of not being strong like Luffy and the gang.

But with the power of friendship, his bravery definitely shines through later on! Numerous times, he set aside his fear and faced enemies head-on, just for his friends. 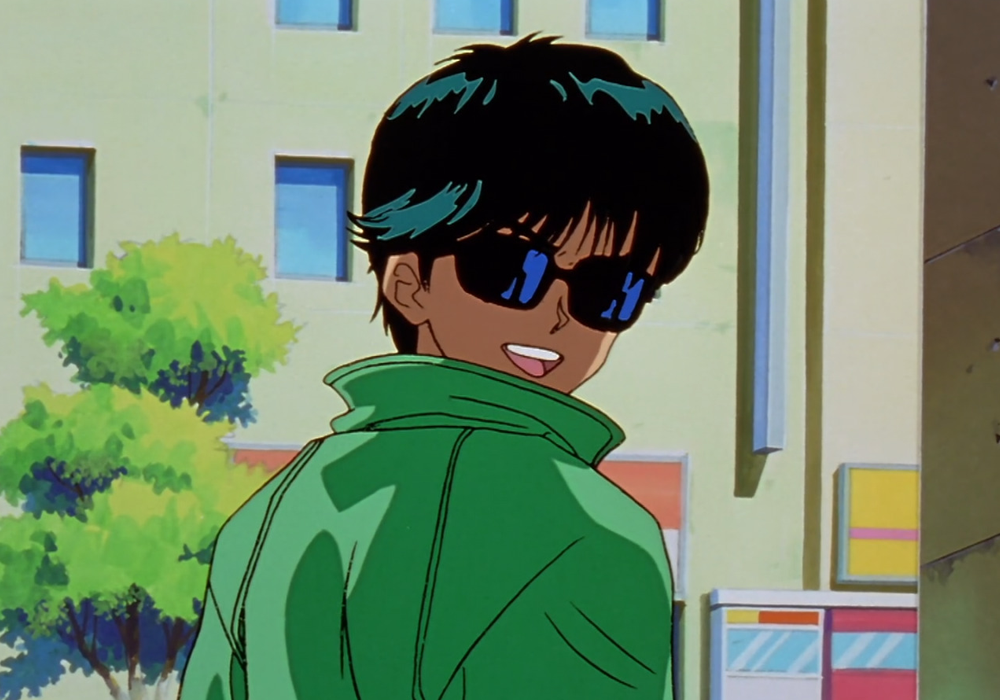 Yusuke started out as a delinquent with a short temper.

He’s bold and cocky and can get really impulsive and start fights, like butting heads with Kuwabara at the start of the series.

But later on, he was able to channel these traits into productive output. He became a great leader to his team and is very protective of his friends.

His eagerness to fight proved useful and Genkai even noted that he could be quite the genius when it comes to fighting! 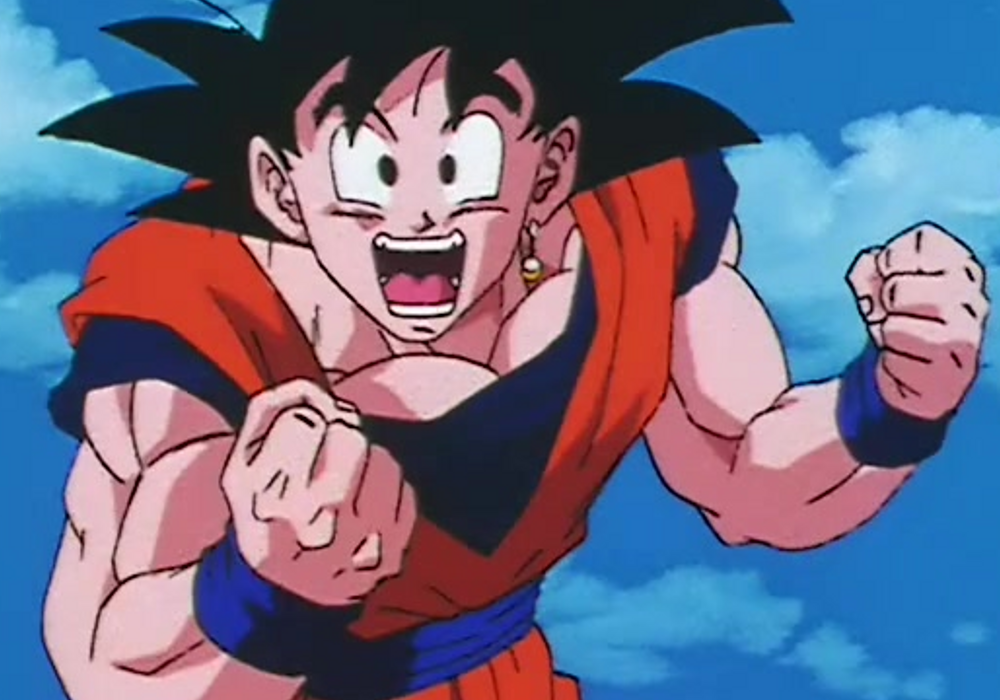 Although Goku doesn’t have the fiery nature of most Ariens, he showcases his positive Aries traits through his heroism.

Goku is willing to sacrifice himself for his friends and the good of the majority. He’s quite energetic and eager to fight too, which sometimes drives Chi-Chi nuts! 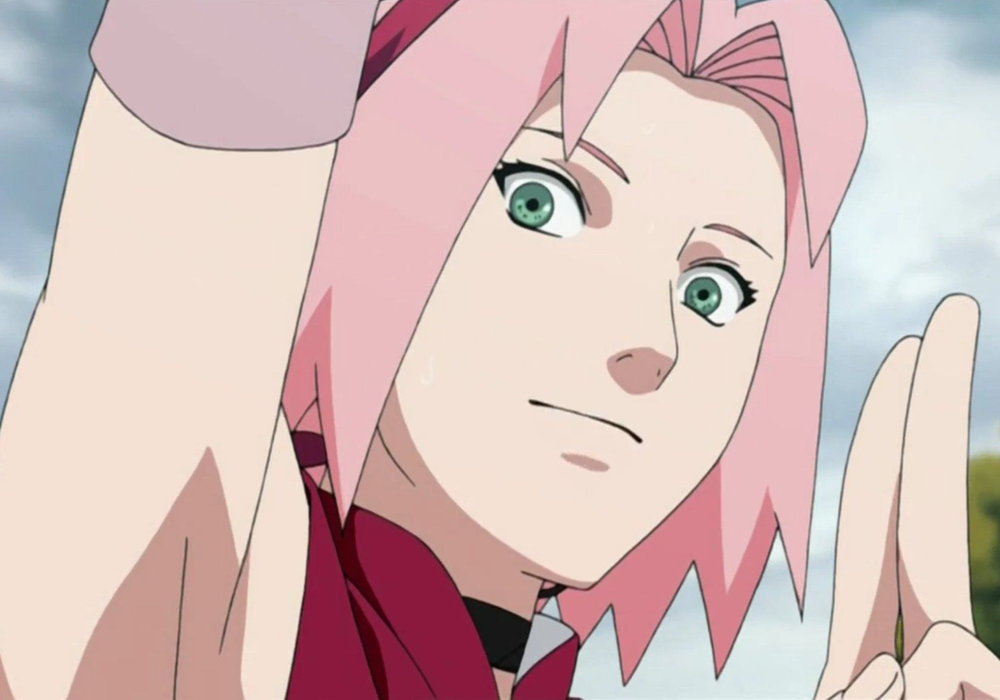 Young Haruno Sakura was definitely a spirited and driven young gal, especially with her crush towards Sasuke.

She got competitive with Ino when it comes to Sasuke and was definitely not shy with showing her temper to Naruto or her rivals!

As she got older, those traits are still there but have also matured. To improve herself, she underwent training with Tsunade to become a medical ninja.

Along with Naruto, she was also determined to bring Sasuke back. 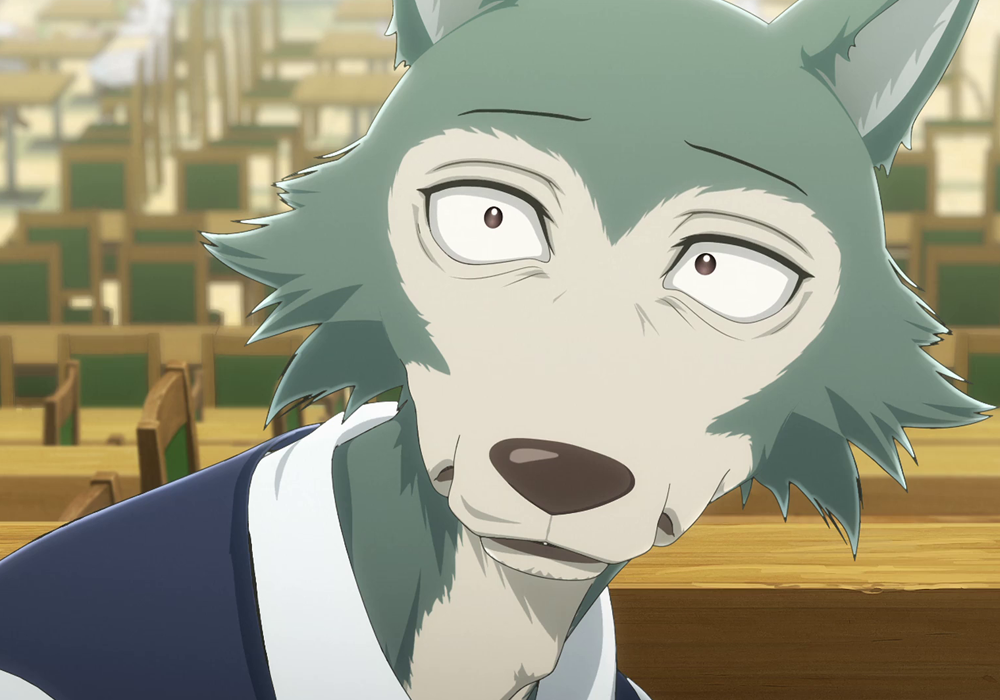 Due to his crippling self-esteem and fear of showing his carnivorous self, Legoshi doesn’t seem like an Aries at first.

But if he lets himself show his wolf side, he can be quite intimidating and imposing!

His heart is in the right place, though. He’s often stubborn and impulsive when it comes to personal convictions, like helping and understanding others, even enemies like Riz. 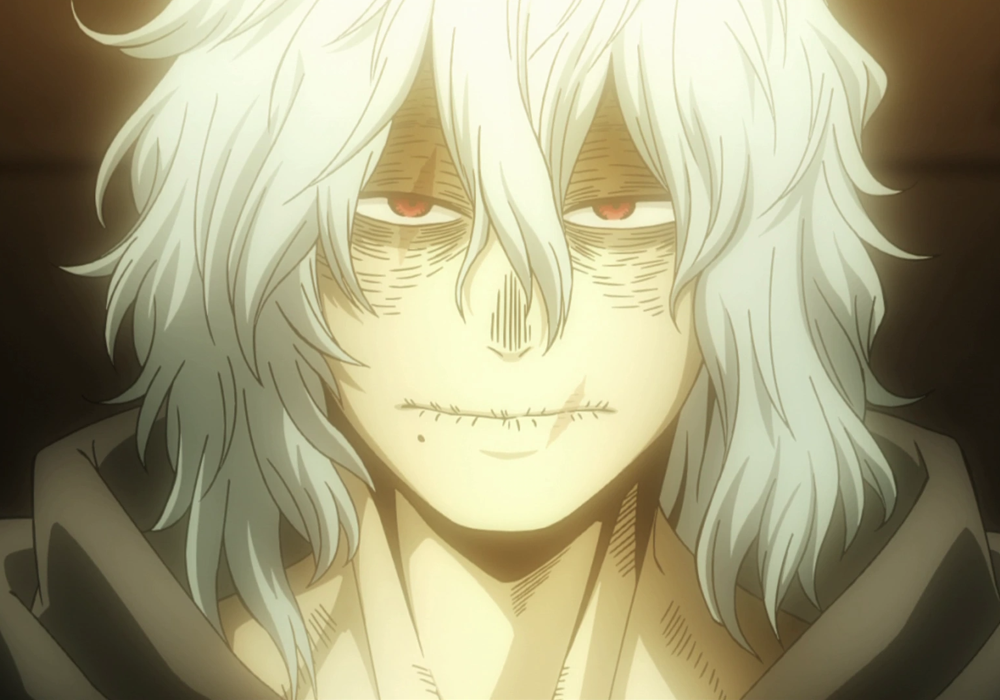 Shigaraki, the leader of the League of Villains, definitely displays a few negative traits of

When he loses or doesn’t get what he wants, he throws a tantrum and lashes out. He can be impatient and controlling as a leader too.

Despite these traits, he is quite proud of his ragtag group of villains and tries to lead them in the best way he knows. 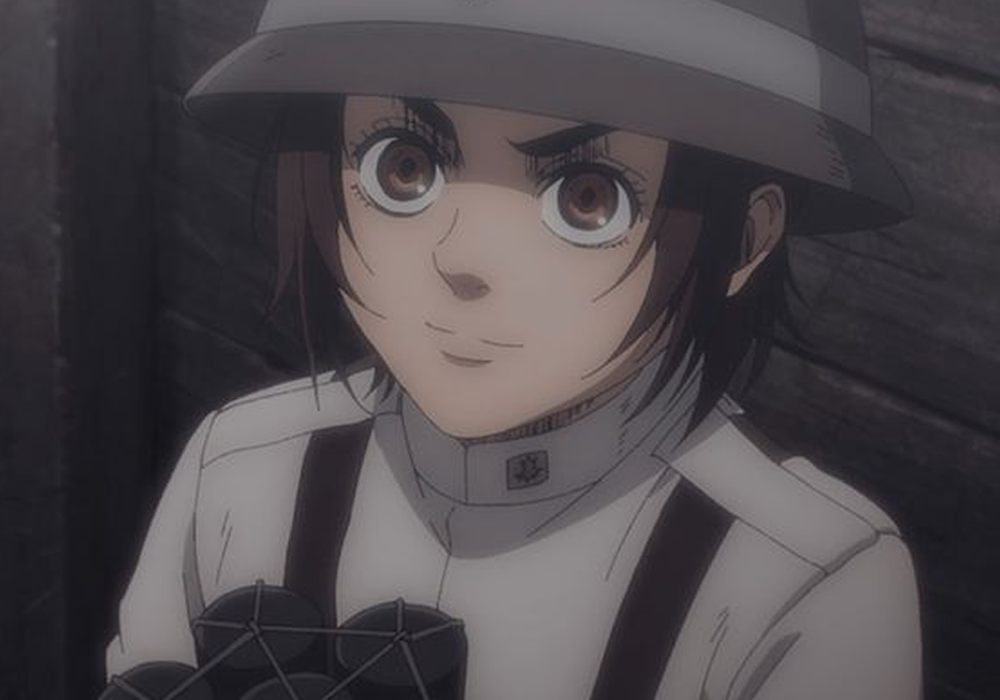 The moment she was introduced, Gabi immediately showed Aries traits.

To turn the tides in battle, she was willing to crawl to enemy lines and pretend to be a hapless war victim, only to chuck bombs at the enemies.

It was a bit reckless, but it definitely showcased her determination and bravery!

A lot of AoT fans dislike Gabi, but I bet they can even admit that that was pretty bold. 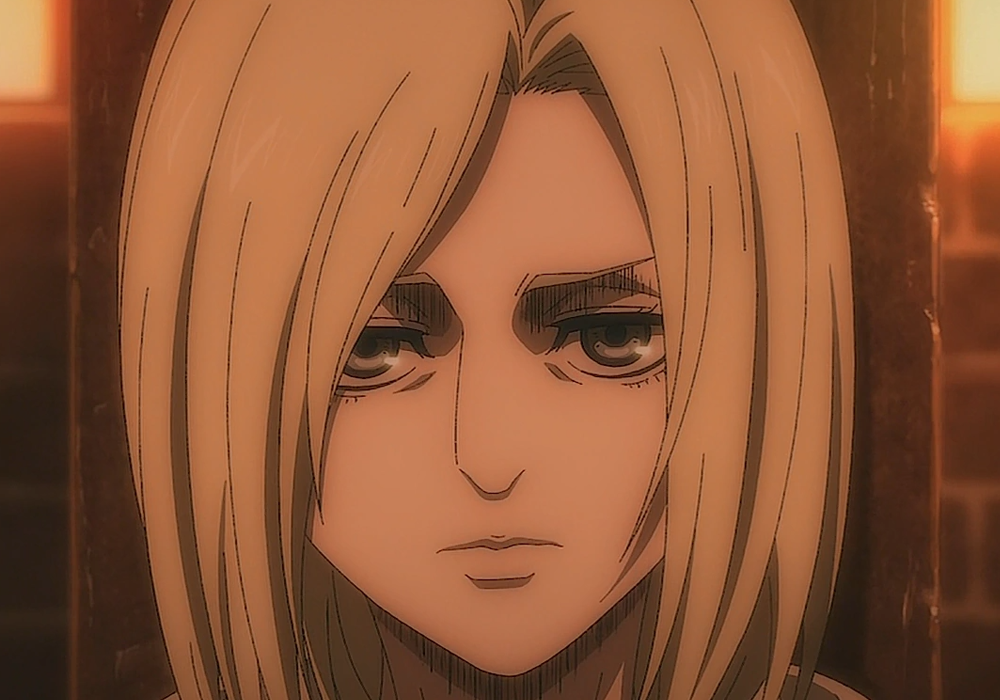 Despite their plan not starting out right, what with one of their comrades being eaten, Annie was determined to continue their mission.

Reiner and Bertholdt even wanted to retreat, but Annie was adamant that they push through. Throughout the years, she never strayed from their goal.

All she wanted was to go home to her dad. 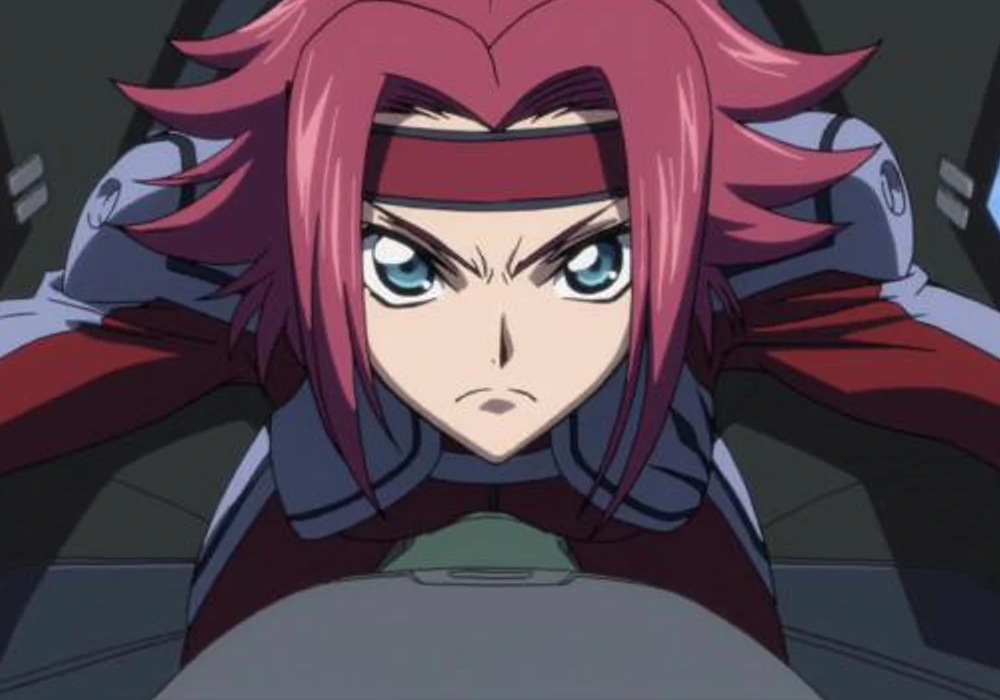 The tough and headstrong Kallen had to live a double life and pretend to be a meek and sickly student to hide her true identity.

It wasn’t easy, but she was determined to continue her late brother’s legacy to fight for Japan.

She can be quick to temper and impulsive. Her scarlet hair and overall red theme definitely mirrors her fiery Aries nature. 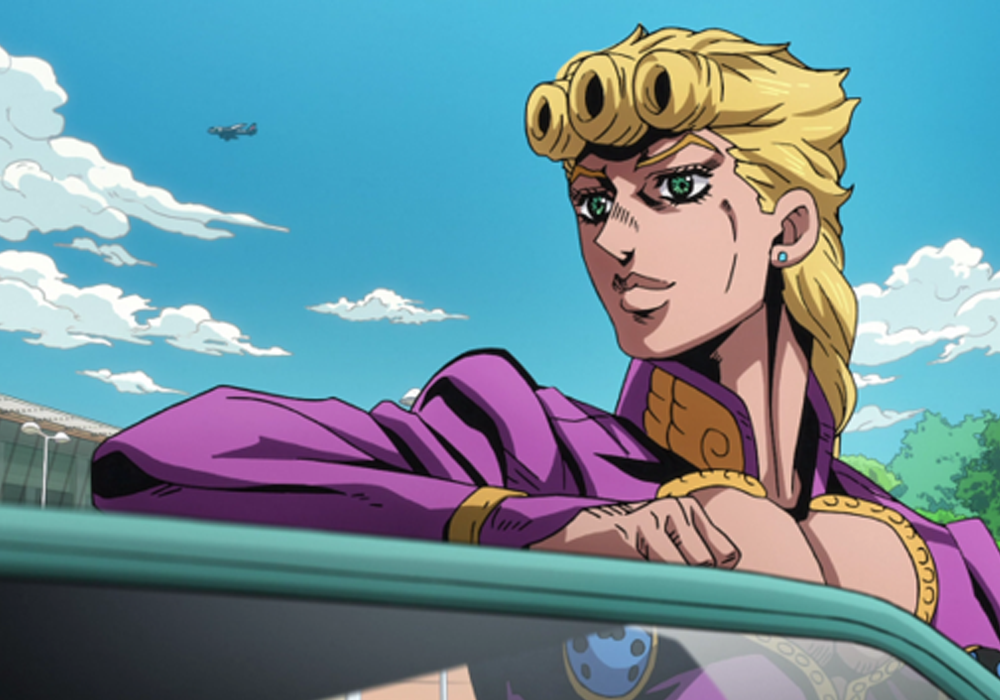 A notable trait of Giorno is his resolve. Once he makes up his mind on an important decision, he will see through it till the end.

Because of this intense level of determination, he can be reckless. He doesn’t mind hurting himself just so he can reach his goal or get an advantage.

Giorno can also be quite ambitious. He wasted no time infiltrating Passione and climbing up its ranks. 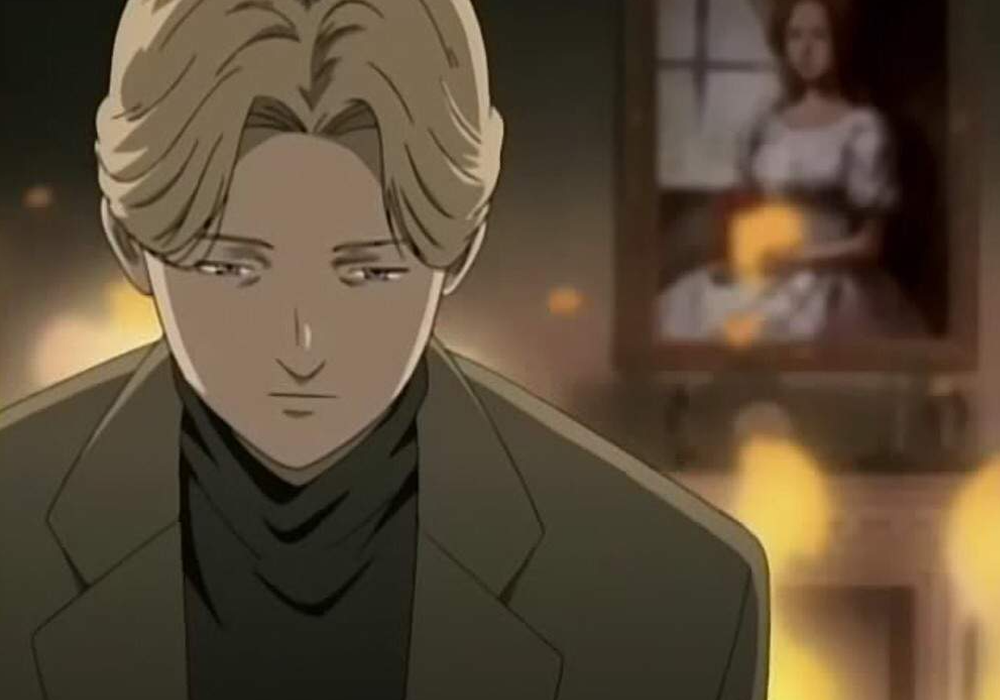 Don’t be fooled by this guy. He might seem charismatic and nice, but his real self is quite monstrous.

Johan is very meticulous with his methods on achieving his goals, to the point that he doesn’t mind faking a facade and trampling anyone in his way.

Johan definitely shows the scary side of Aries! 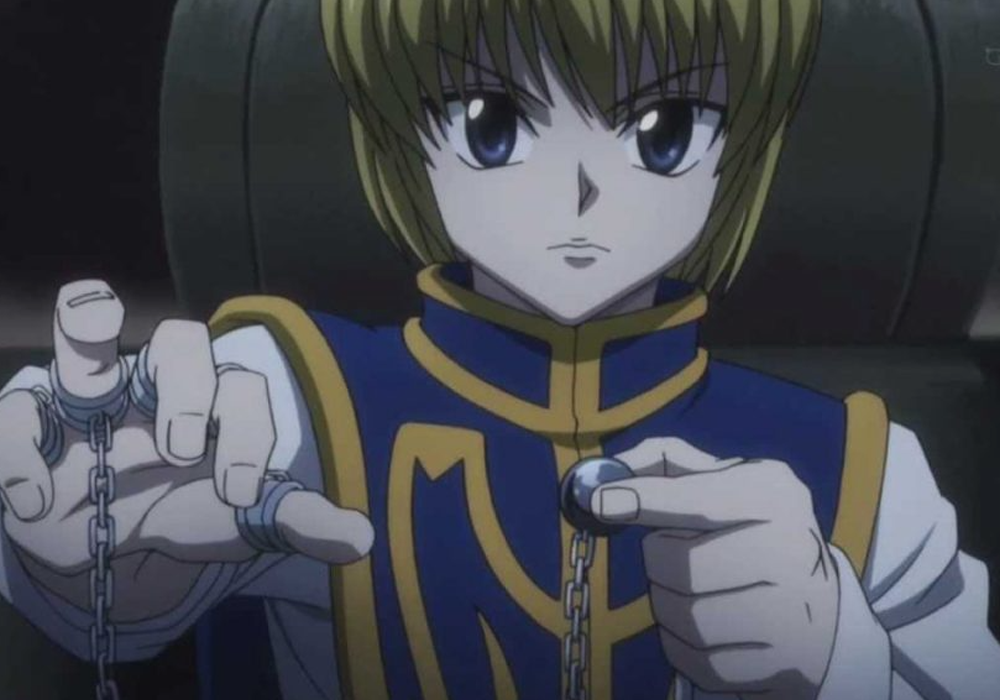 Because of what happened to his clan, Kurapika started a vengeful path against the Spiders.

Like other Ariens in this list, Kurapika definitely shows strong-willed determination to reach his goals. He was even very closed off from people at the start just so he could focus.

Although seemingly calm, his temper can be quite fiery and uncontrollable, especially against those who wronged him and his loved ones. 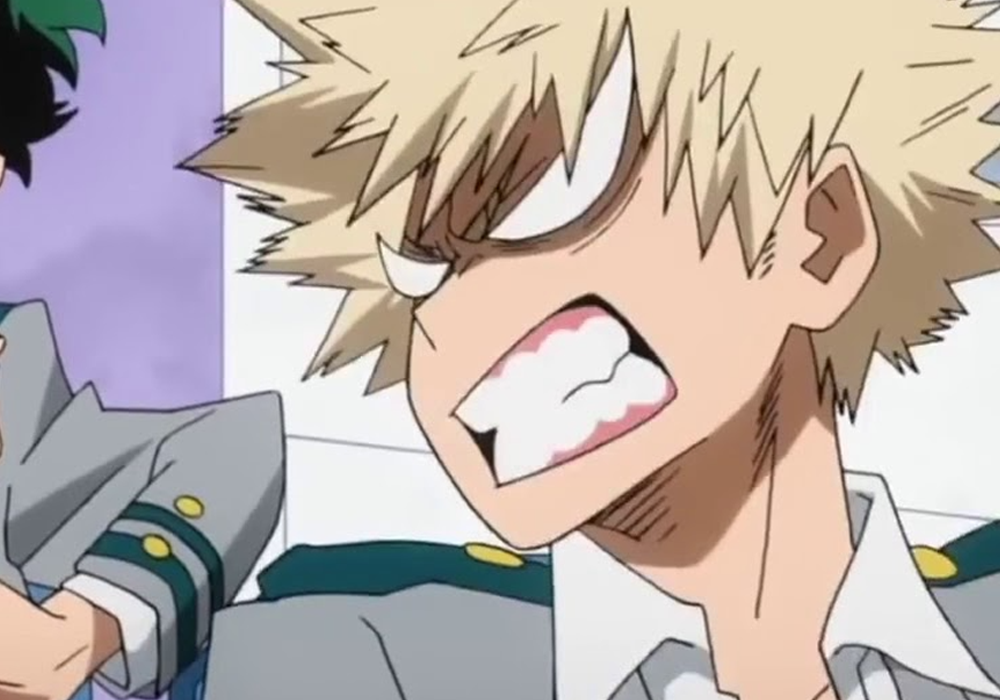 When it comes to explosive tempers, Bakugo definitely tops the list!

He can be brash and headstrong. When he’s angry, he definitely doesn’t mind showing it to everyone.

He shows the negative side of an Aries temper, where it crosses to being a bully.

Despite that, he’s not a delinquent or a villain. His drive to be a capable hero, like his hero All Might, is actually quite inspiring. 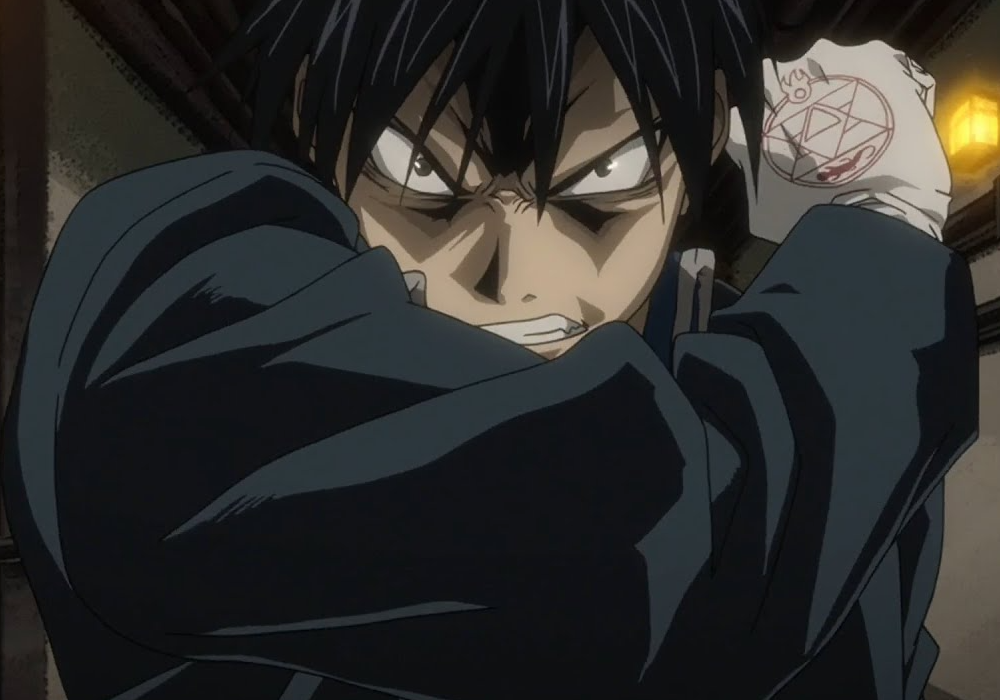 Betrayal, government secrets, and corruption – being an officer of the state military is not an easy life!

And Roy knows he has to tread carefully. So he creates a facade of a lazy and womanizing officer to lower his enemies’ guard towards him.

The truth is that Roy Mustang is a remarkable and fearless commander and leader who’s very determined to crush his enemies no matter what.

He’s a Flame Alchemist as well, which suits the fire element of an Aries.

On top of that, he also has a fiery temper. As seen when he fought against Envy, he pulled all the stops and toasted the lowlife with his rage and alchemy.

Roy Mustang is one of the best examples of an Aries! 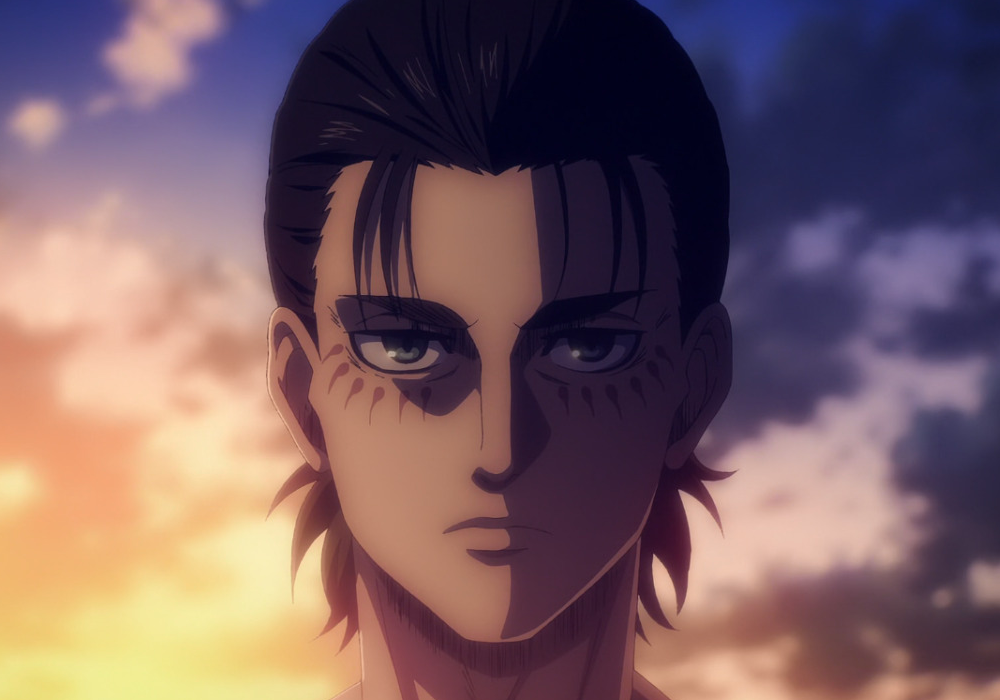 Whew, we went through a lot of hot-blooded Aries anime characters there. But now we have to crown the best one of all.

Life pretty much turned upside down for young Eren when Titans attacked his town. Ever since that day, we see his raging Aries side numerous times.

He’s very determined to end the terror brought by Titans. Despite seriously injuring himself whenever he transforms into the Attack Titan, he does it to ultimately reach his goals.

However, around Season 4, that fiery nature got replaced by a cold and calculating personality.

But don’t mistake this change for being uncaring. Eren’s fire still continues to burn underneath this seemingly calm surface.