We’ve gathered the best Virgo anime characters for you to read today. Let these anime Virgoans impress you with their practicality, creativity, and kind-heartedness.

We’ll keep this intro short and let the Virgos do the talking instead.

Those with birthdays from August 23 to September 22 or 23, based on western and tropical zodiac calendars, are under the Virgo sign. 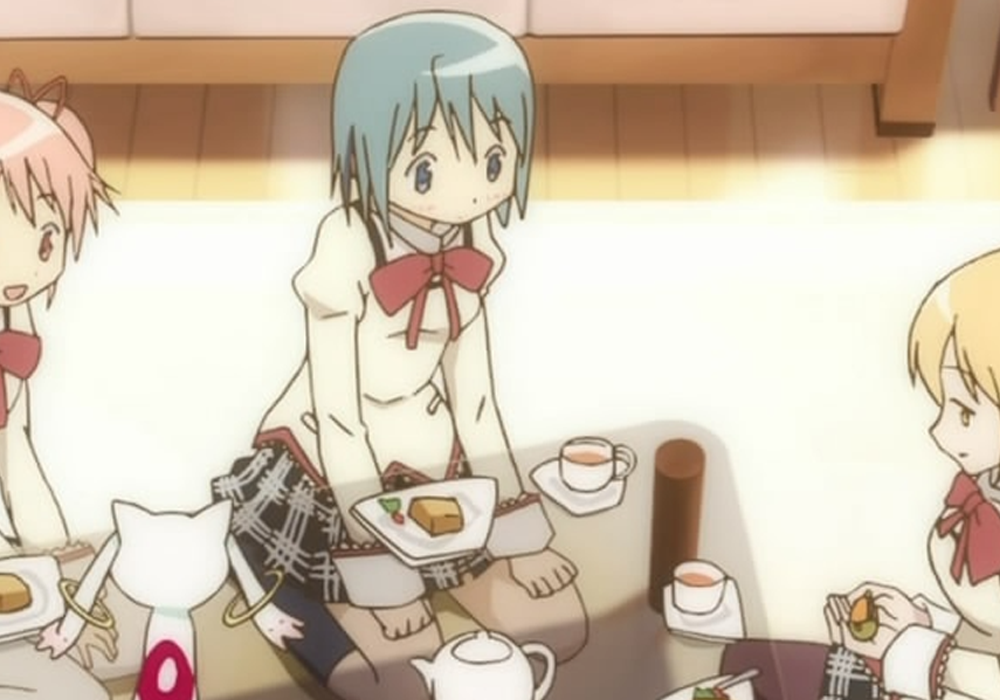 Virgo is the sixth sign of the zodiac. Their element is the earth.

Virgoans are practical and logical people. This trait shows through their thoughtfulness.

But despite leaning on rationality and analytical aspects of things, they are also creative. You can see some Virgos getting into art, crafts, dance, and writing, to name a few.

Their hardworking side can really come out because of their passions. And for that, you bet you can rely on a Virgo.

They’re also patient and kind, always offering help to others and being super understanding. 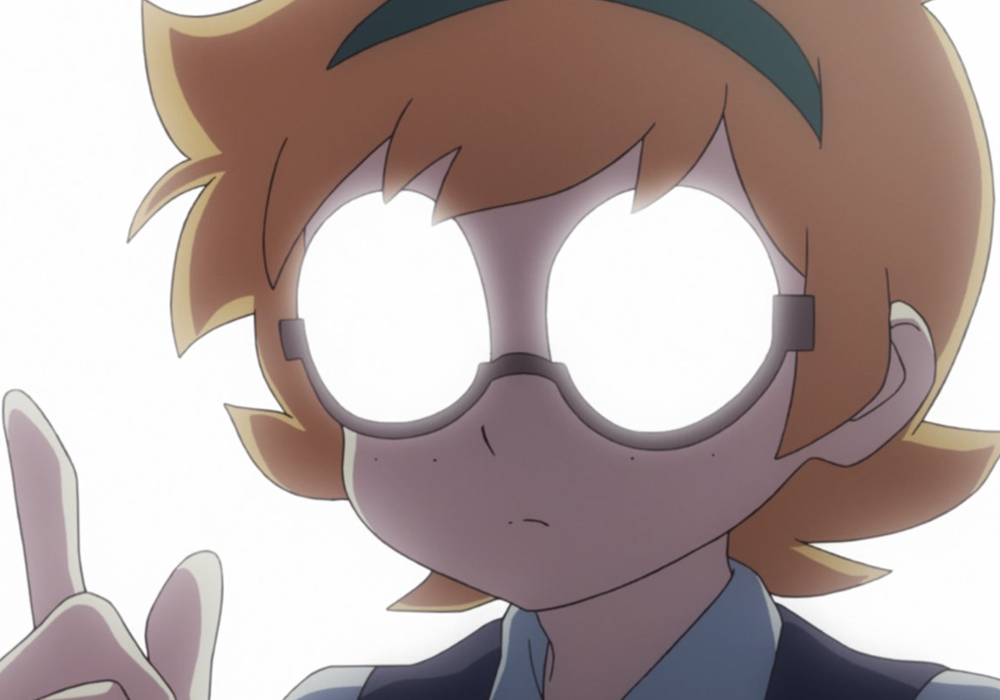 But while these traits are great, there’s an ugly side to them when they’re not careful.

Virgos can get too critical and judgmental, sometimes getting too picky and becoming a perfectionist. This is due to their passion for their interests.

They can’t help but be too strict sometimes! They also have a tendency to overthink.

As long as they rein these negative traits and channel them in positive ways, Virgos are a force to reckon with! 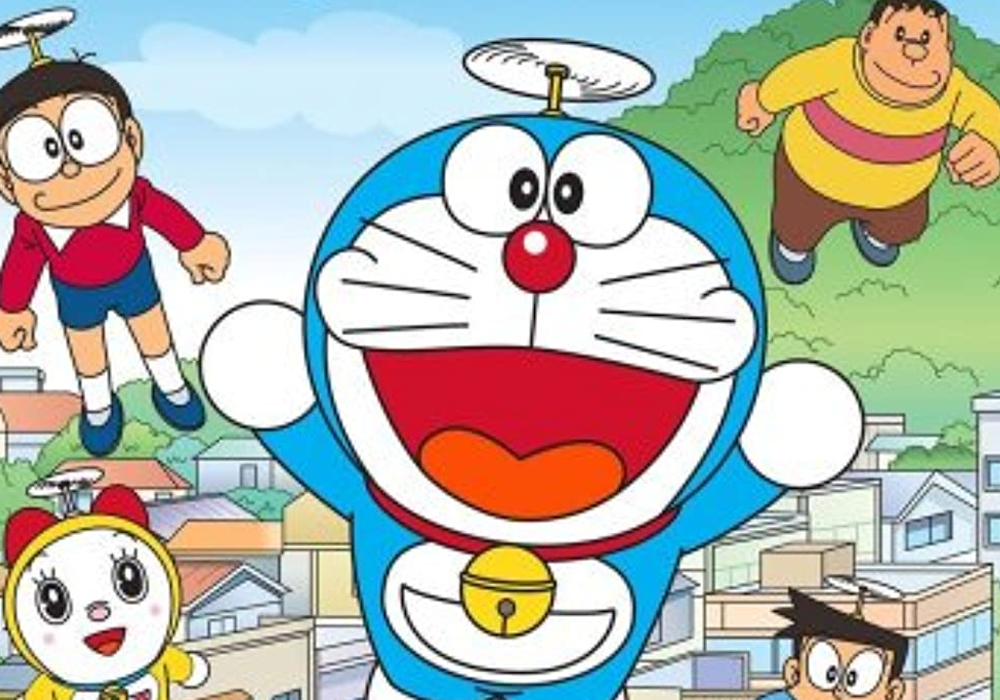 You can’t find a more reliable robot cat than Doraemon!

With his 4D Pocket that keeps millions of amazing gadgets, you can be sure he has something in there that can help you when you’re in a pinch.

He was sent to the past to help Nobita straighten up. If Nobita doesn’t stop slacking, his own future and his great-great-grandson’s future will be in jeopardy.

Good thing Doraemon’s now there to help him. 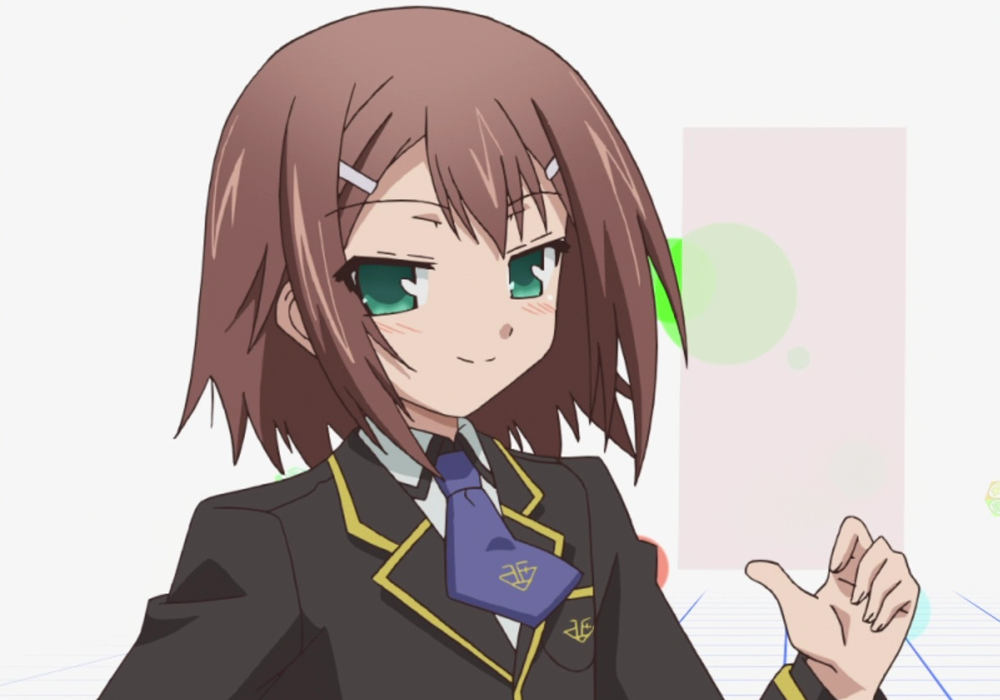 Hideyoshi’s Virgo side comes out when he deals with anything from the Drama Club. He’s a very creative fellow!

You see, Hideyoshi is quite the actor. He can even do excellent mimicry with his voice. Whether he needs to sound like a boy or a girl, he can do it.

He usually doesn’t seem too into acting at first, but when he gets into his role, he really shows his passionate drama spirit! 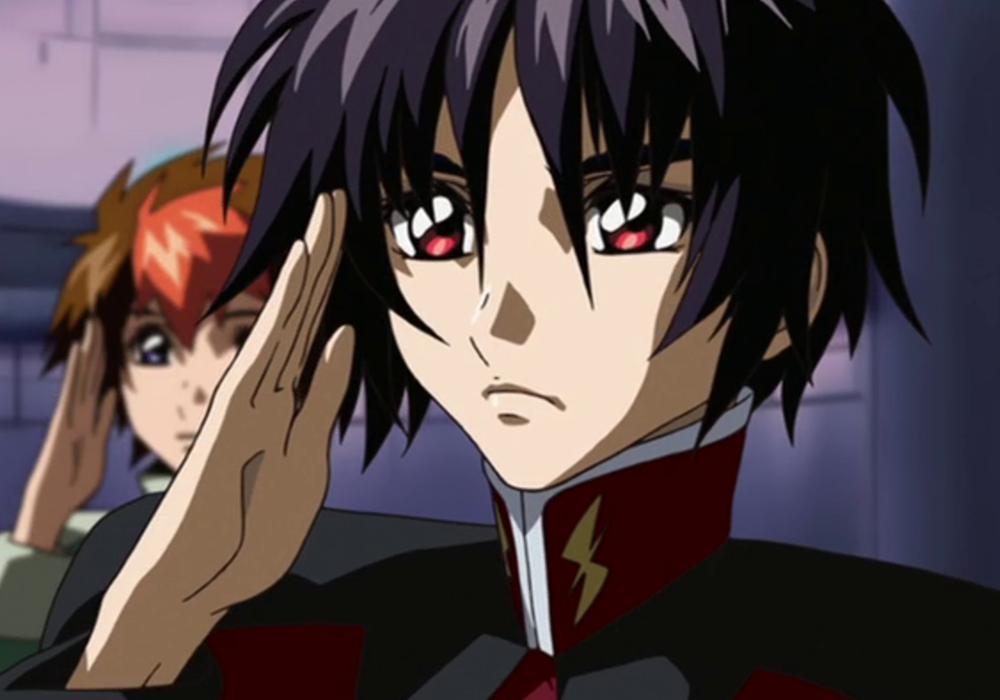 After witnessing the tragic deaths of his family members, a lot of Virgo’s negative traits showed up for Shinn.

Due to the incident, he became stubborn, sometimes overthinking his anger. He would even act like this toward his superior officers.

He shows a rare instance of a Virgo who has thrown common sense out of the window. He just follows his temperamental personal feelings instead.

Some fans aren’t that fond of this, but it is a part of his character arc. Gundam fans, what did you think of Shinn? 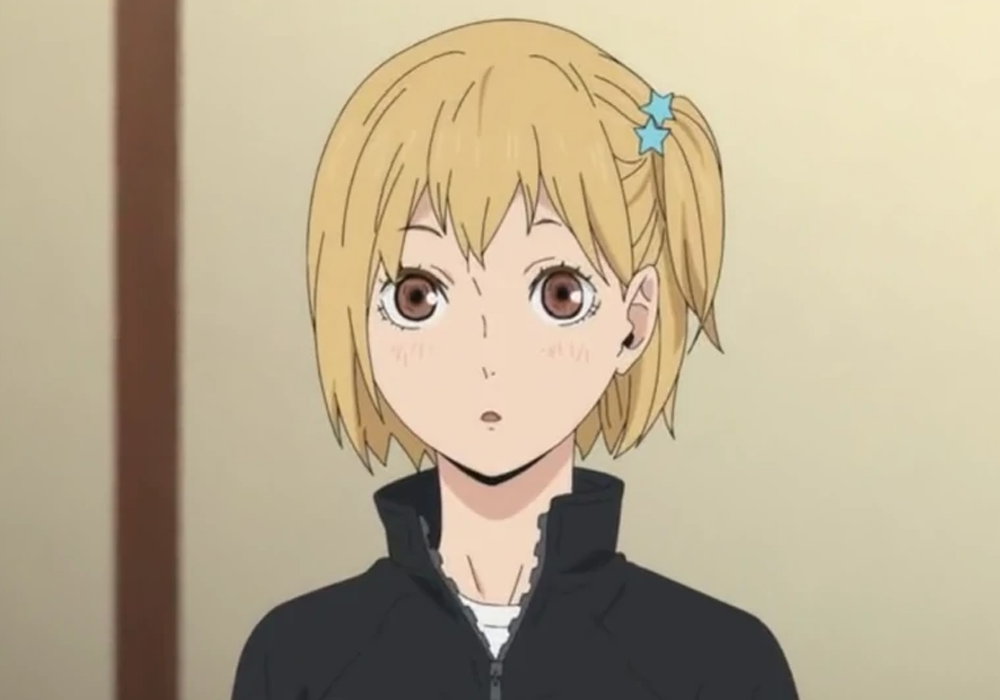 Yachi is a Virgo whose mind can get pretty creative. Her imaginative brain, while impressive, can be a problem, however.

Virgos can be a bit judgmental. With Yachi’s overactive imagination, she sometimes judges others when they intimidate her or when she jumps to conclusions.

Early on, she thought Hinata was a manager because he was shorter than the rest. She also thought Coach Ukai was Kiyoko’s fanboy due to his older and stand-out appearance.

But don’t worry! This sort of played for laughs, so there were no hard feelings at all. Yachi makes sure she apologizes after, which shows her kind Virgo’s heart. 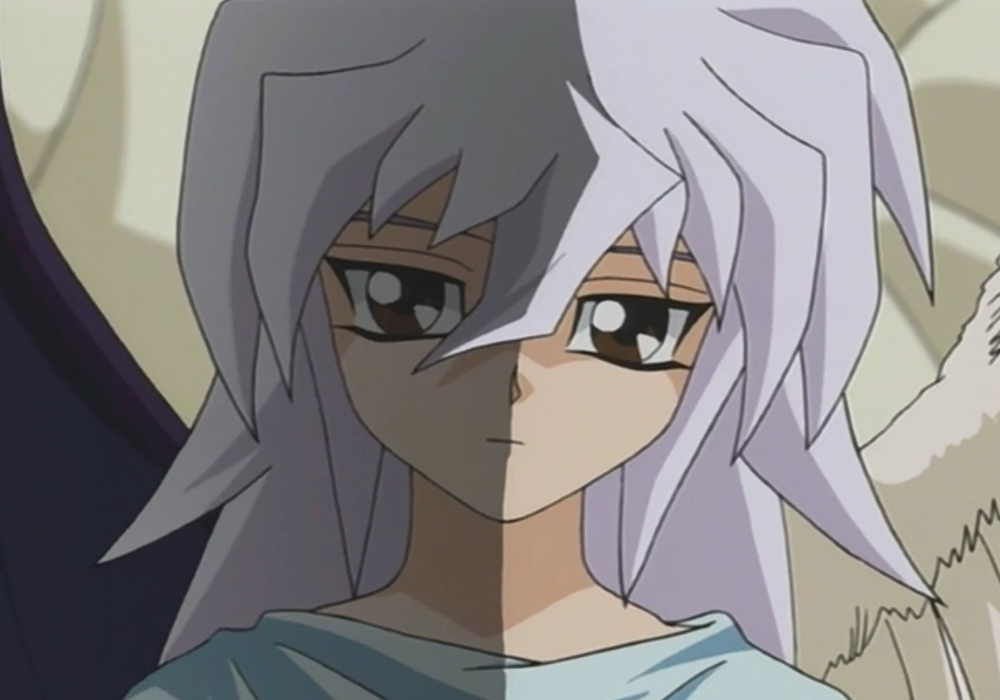 Virgoans can get really focused on one thing. When that happens, their one-track mind can become detrimental to them.

For Bakura, once he realized he was possessed by an evil spirit, he focused on getting rid of it.

It reached a point where he was not only willing to get rid of his hand to banish the evil spirit, but he was prepared to endanger his life as well.

This is all done for his friends, thus showing his kind Virgo heart. 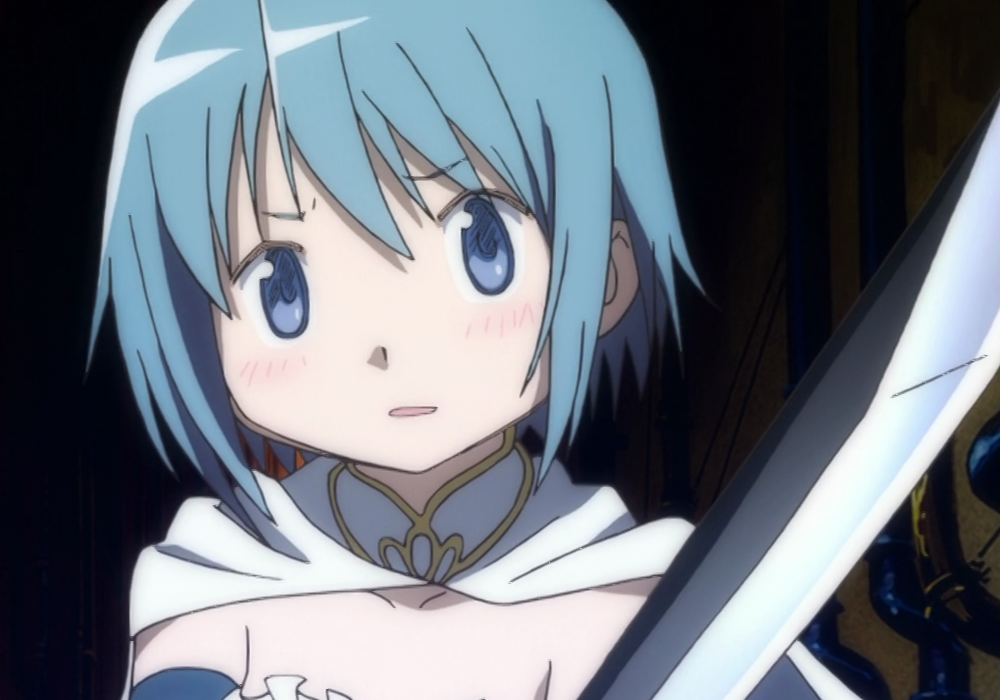 Early in the series, Sayaka shows her kind heart by immediately becoming a magical girl to help save Madoka. Her Virgoan creativity also shows through her love for classical music.

She also brought Kyosuke some music to listen to while he was recovering. She was incredibly kind and patient while he was processing his injury, even after he lashed out against her.

She ultimately made a wish just for him, but we all know how that ended. 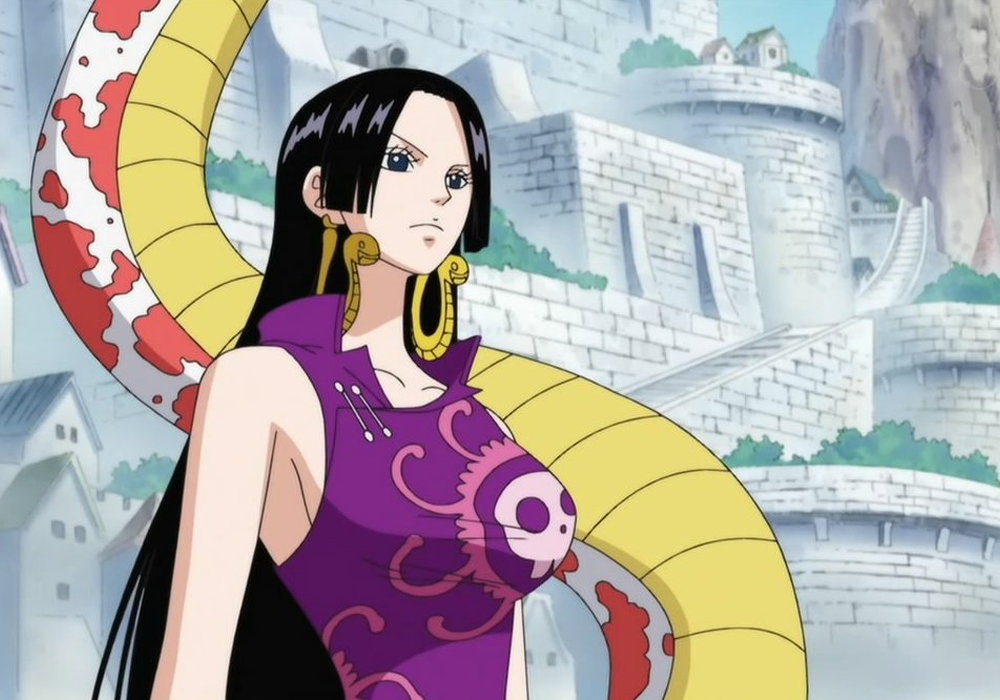 Boa’s judgmental attitude towards men isn’t unwarranted when you know her past.

As a slave, the first man she ever met burned her back and gave her the mark of a slave. The trauma from that incident warped her logic when it came to men.

She grew up to be quite the beauty, with everyone fawning and going head over heels for her. Well, except Luffy!

This indifference left quite an impression on her, and Luffy’s earnestness melted her cold heart. 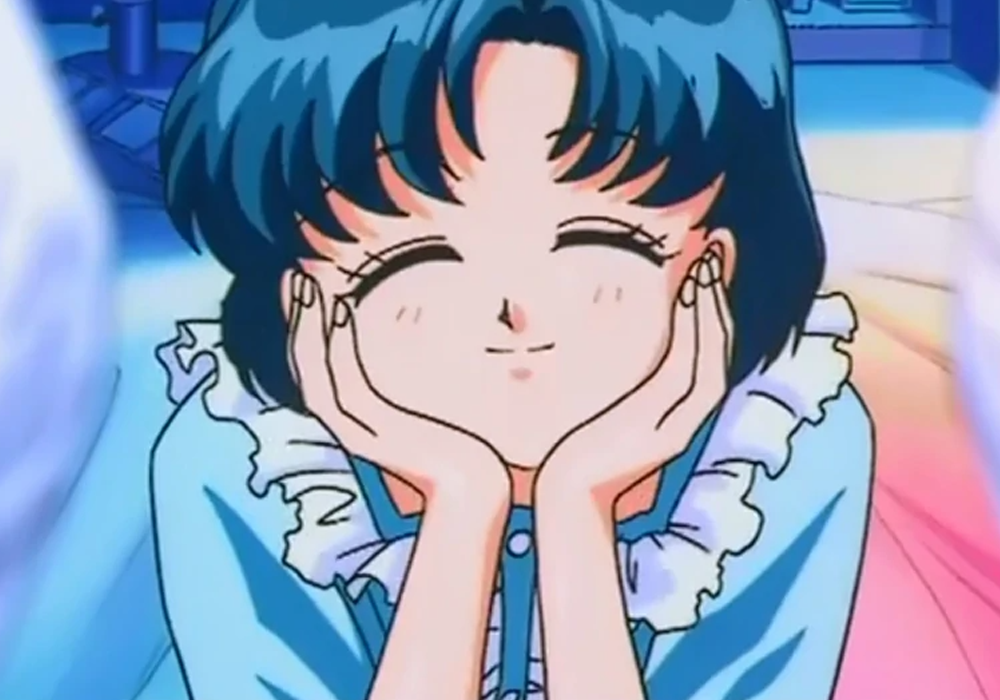 Ami poured her time into books and studying before becoming friends with the Sailor Senshi. People thought she was snobby, but it was just her hardworking and focused Virgo self.

Once they got to know her, they saw her kind and affectionate Virgo traits. She is also the most sensible Sailor Senshi, often trying to quell the conflict between her friends. 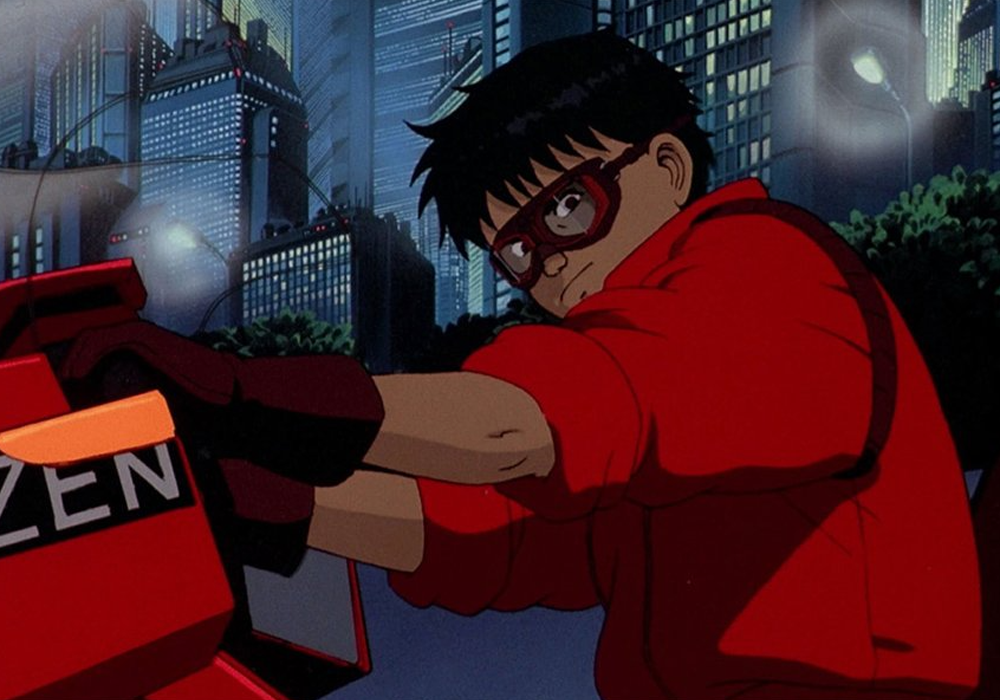 Kaneda isn’t like the logical Virgo characters included in this list. He often acts quickly and immediately jumps into action before thinking about things first.

But what he has is the kind-heartedness of Virgos. Kaneda is very empathetic towards others, and you bet he would shed a tear for his lost companions. 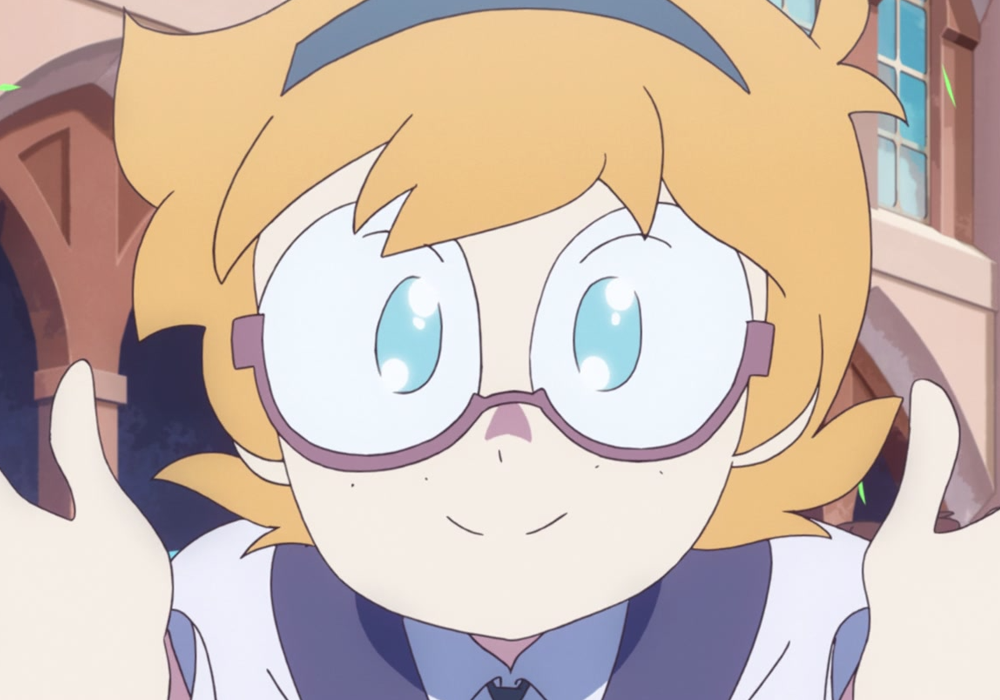 Lotte is a great example of a Virgo friend. You see her kind and patient Virgo’s heart at work when she shows concern over Akko’s antics.

Akko’s goal of becoming like Shiny Chariot often puts her in trouble, which worries Lotte a lot!

But Lotte is a true Virgoan friend through and through by supporting Akko and always seeing the best of her friends. 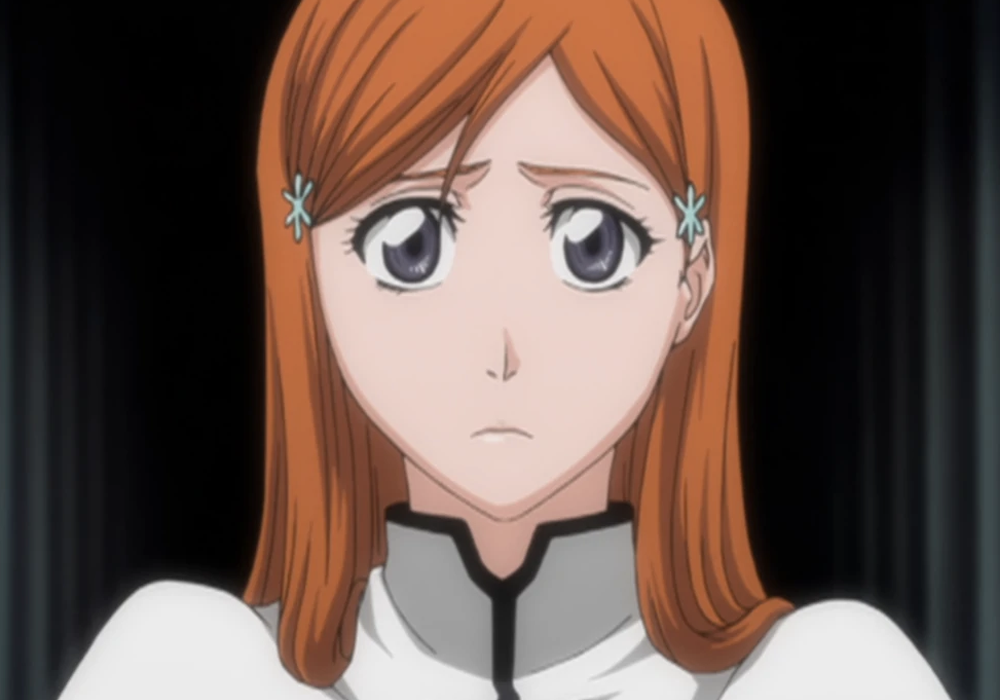 She might seem clueless and an airhead sometimes, but Orihime’s brain can show a Virgo’s focused and hardworking side.

Orihime consistently gets high grades at school, to the surprise of everyone. This is because she receives financial support from relatives if her grades are good. She has to work hard to live.

On a lighter note, her creativity shows through her overactive imagination. At one point, she imagined herself as a destructive futuristic robot! She is also a member of the Handicrafts Club. 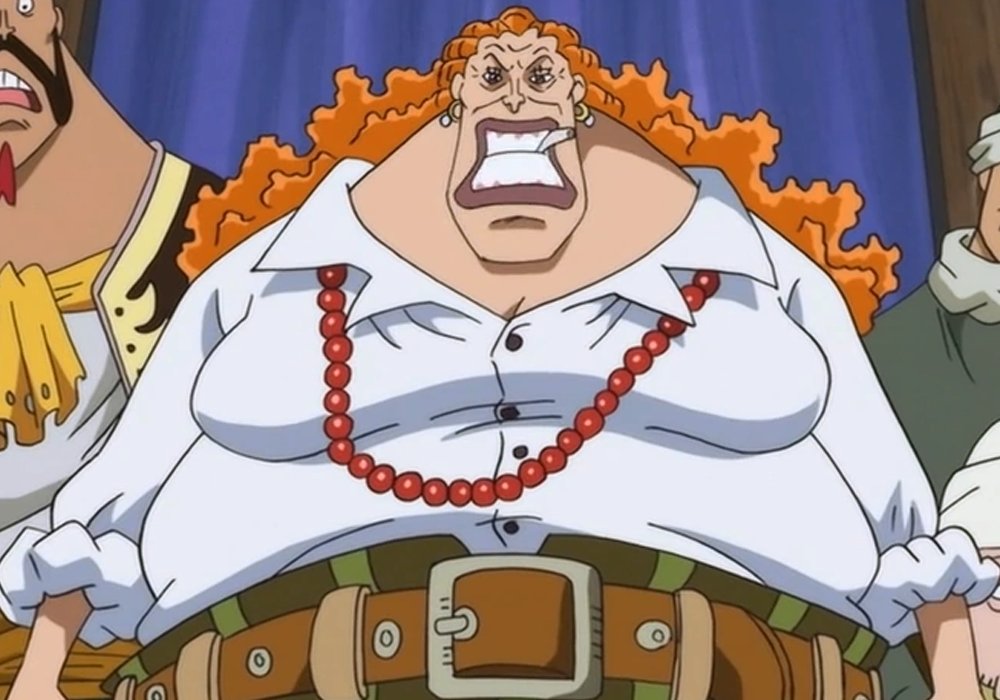 Don’t get intimidated by Curly Dadan’s fierce look. Behind that are a Virgo’s kind and considerate heart.

She was Ace and Luffy’s foster mother after Monkey D. Garp entrusted them to her.

And even though she seemed strict at first, she showed care and compassion to them, something that the boys needed. She also cared for Sabo when he joined.

After hearing about Ace’s and Sabo’s fates, she showed distress and shed tears. Mama Dadan loves her boys, alright! 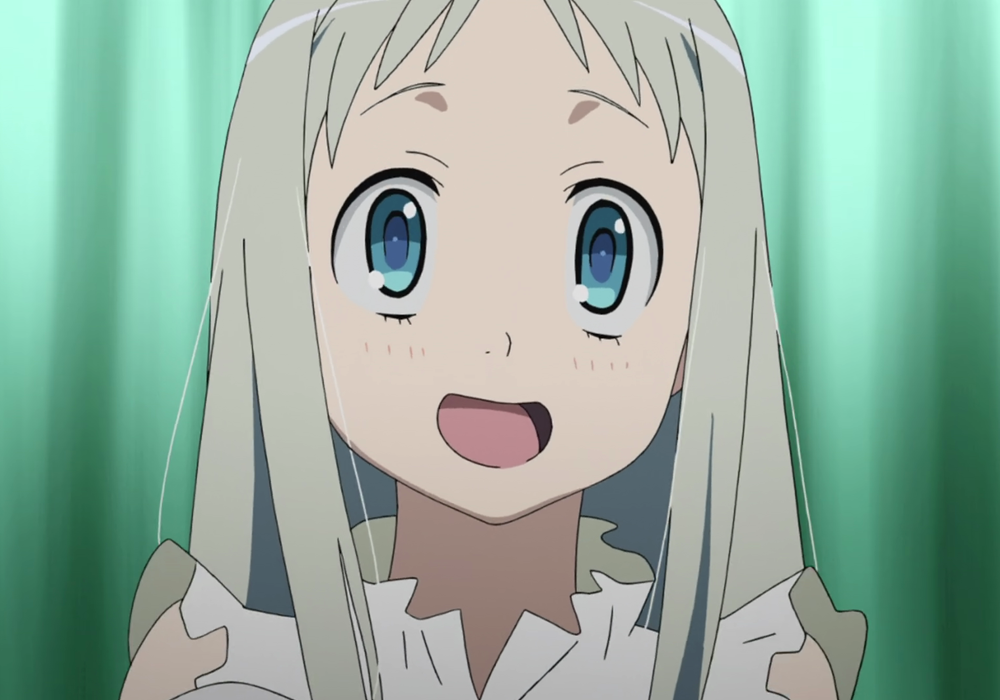 Despite her current circumstance, like being dead and no one (except Jinta) seeing or hearing her, she still puts others first before herself.

She worries about her friends who she has left behind and wants them to be happy and get along. What a heart! 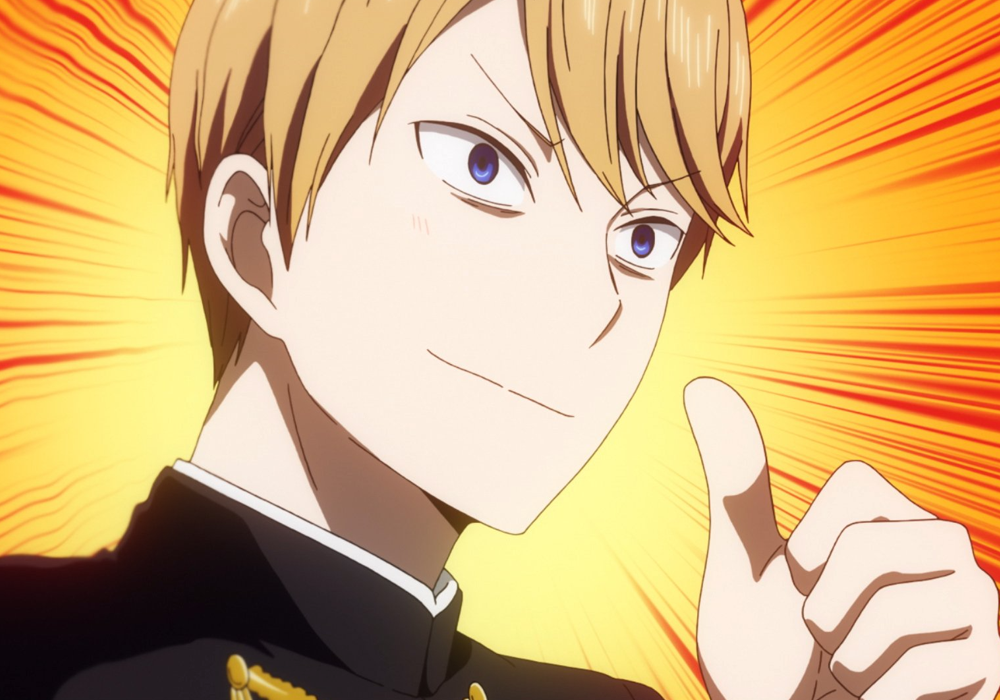 Because of his financially-challenged background, Miyuki works hard to earn money. Unfortunately, this hardworking Virgo trait makes him a workaholic to the point that he puts his health at risk.

Miyuki is also a perfectionist when it comes to himself. He doesn’t want to look pitiable to anyone, especially to Kaguya. He doesn’t want her to find out aspects of him that he thinks are less desirable. 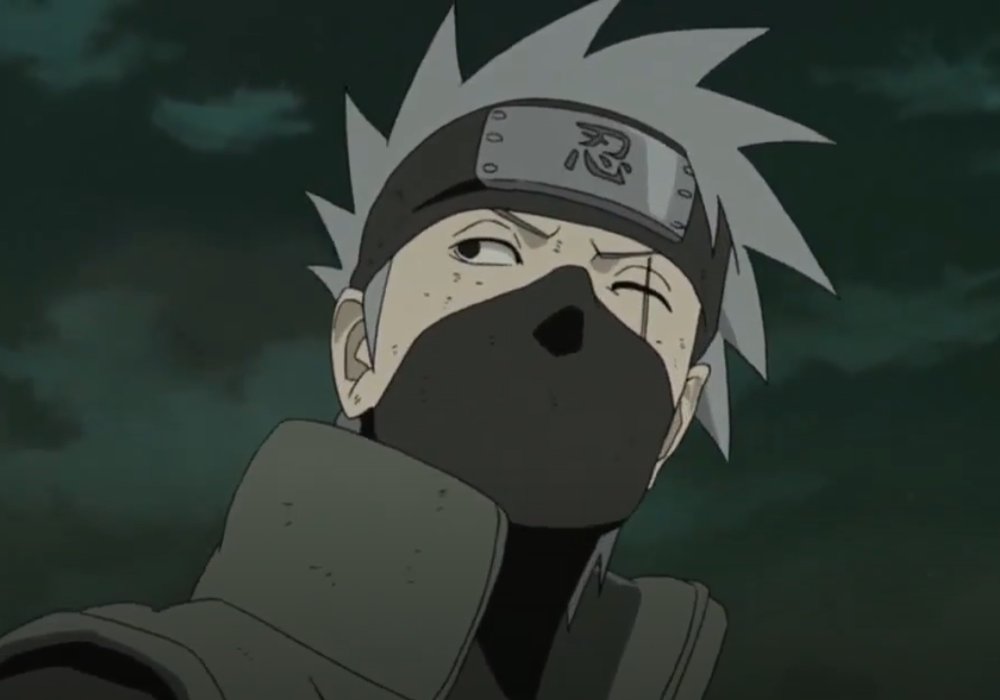 Due to his past, Kakashi is very meticulous when it comes to teamwork.

When he became Team 7’s mentor, he emphasized how important it is to work together and not leave your teammates behind.

He might look like he’s lazy and always goofing off, but it’s only because he puts hard work into what he deems as important. 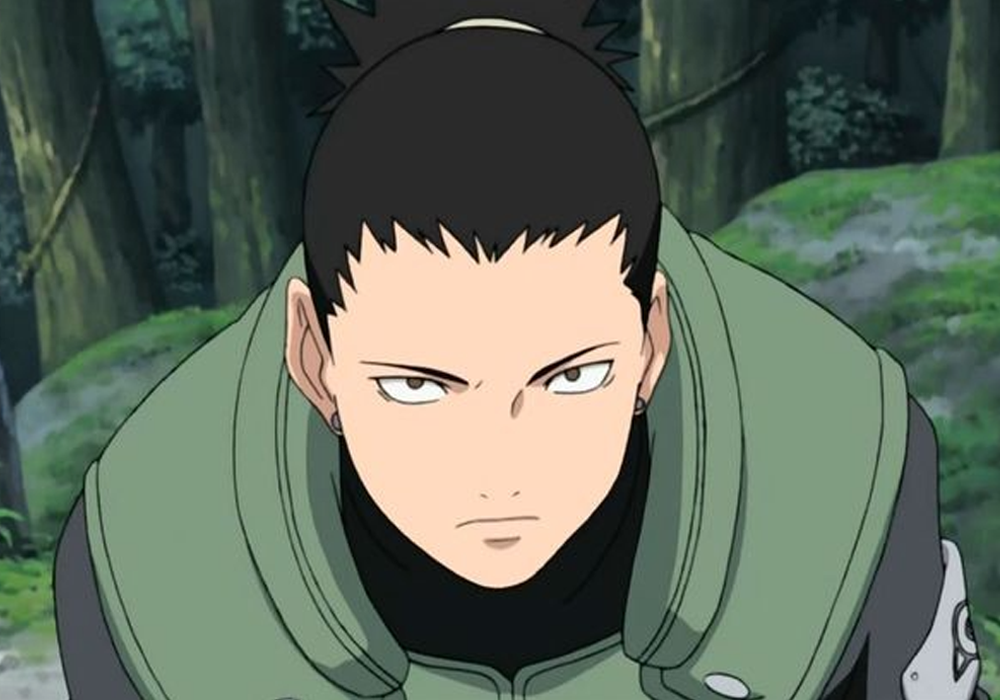 Unlike a lot of Virgos, Shikamaru would pick doing as little work as possible. He’d rather spend his day napping, cloud watching, or playing Shogi or Go instead.

But he shines as a Virgo with his sensible mind and logic. His mentor, Asuma, immediately noticed this and helped him hone it.

His practicality shows by being aware of his and his teammate’s combat limitations. This way, they can avoid unnecessary risks. 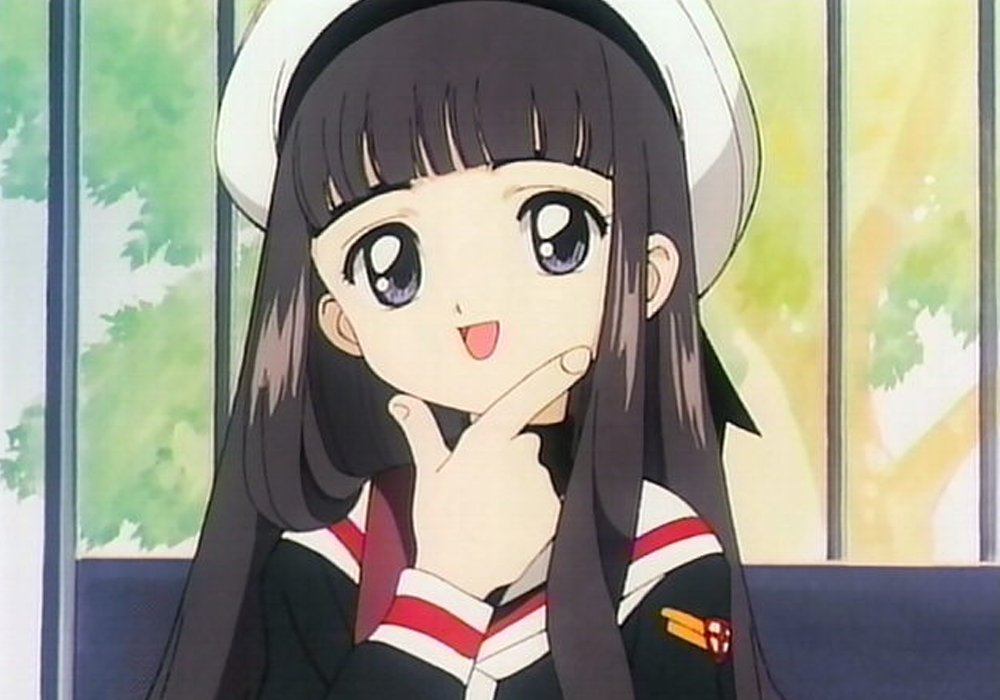 Tomoyo is the best example of a highly creative Virgo!

After discovering that her best friend, Sakura, is now a Cardcaptor, she immediately went to work on sewing her dresses and costumes for her magical adventure.

The outfits she makes for Sakura are spectacular. From frilly skirts, angel wings, and cat ears to billowing capes, jester hats, and bunny hoodies – they’re all so cute and well-made!

But her love of making costumes comes with a price – Tomoyo can be a bit of a perfectionist!

She aims to make each costume bring out Sakura’s cuteness. And you bet she has to perfectly capture it with her camcorder! 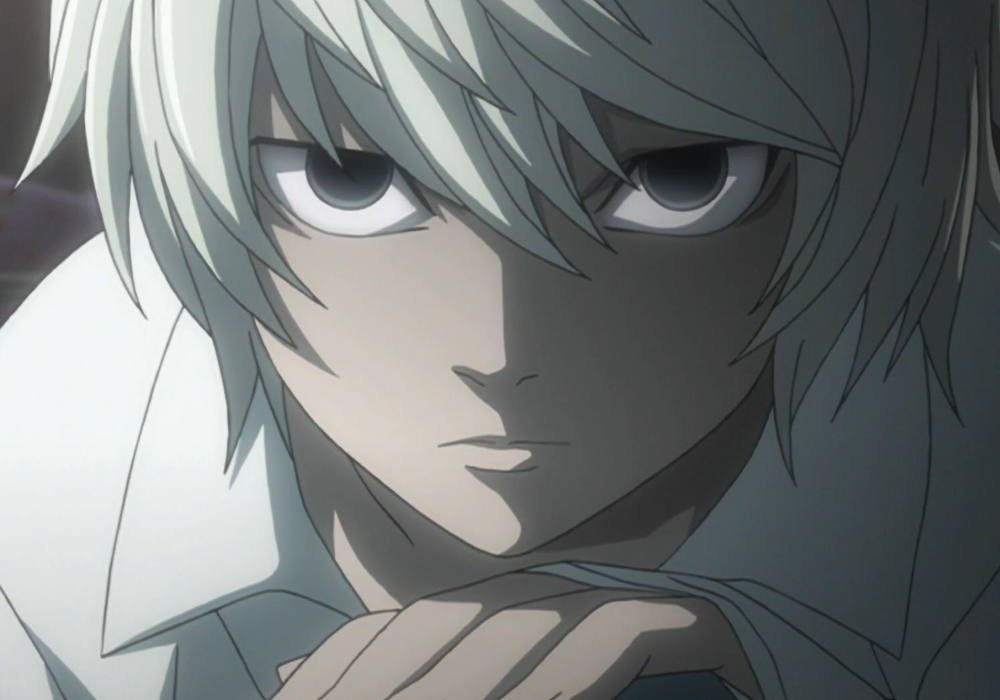 Near is one of L’s successors and an orphan from Wammy’s House for gifted children. His love for solving puzzles and riddles shows Virgo’s logical mind.

He uses this trait, as well as hard work and patience when tracing the real Kira. For four years, he diligently gathered evidence to catch the true culprit.

He even became the head of the Special Provision for Kira. He’s one reliable leader because he tries not to let his emotions cloud his judgment. 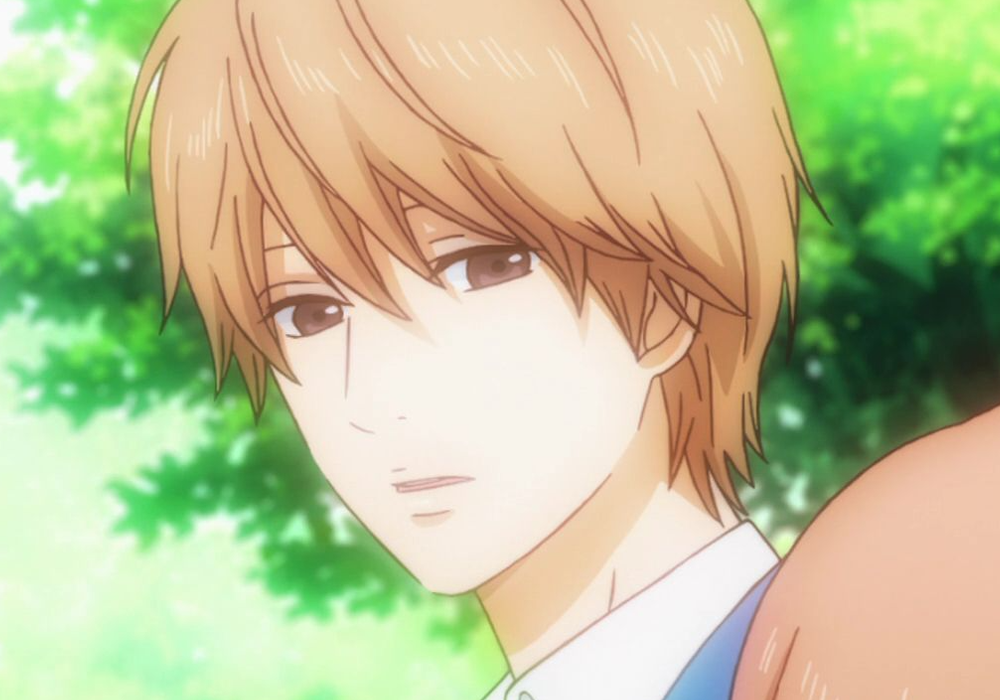 Sunakawa is a Virgo whose good looks match his good heart. He’s kind and supportive of his friends, particularly his best friend, Takeo.

Numerous times, he has turned down confessions from women who would talk badly about Takeo. He has said he doesn’t want to go out with someone who would treat his friend like that.

He also puts others before himself. He stayed to watch over his sick father so his mom and sister could continue their vacation. He also didn’t tell Takeo so he could enjoy his date with Rinko.

Smart, selfless, and thoughtful – Sunakawa is one of the best Virgos around! 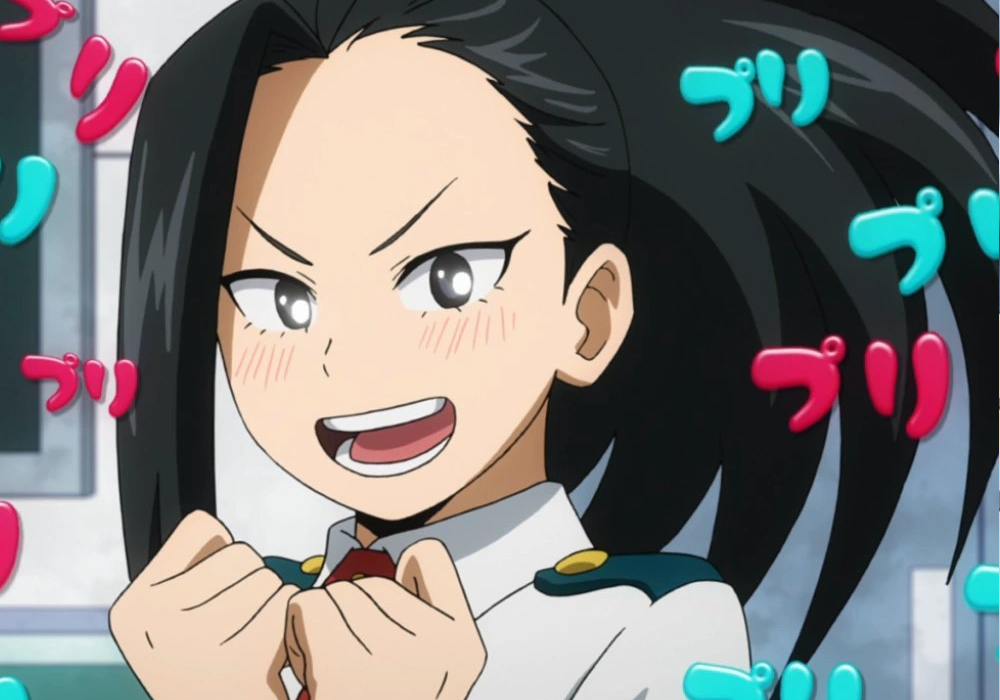 Momo’s quirk lets her create things. She releases it from her skin, which tears her costume in the process.

Her outfit is already revealing, but Momo doesn’t mind. She has a practical view on nudity since her situation makes her use her powers to be a great hero.

Momo is also quite hardworking. To make things, she has to know their molecular structure, and so she studies a lot.

As the vice class president, she also loves helping her classmates.

Intelligent, pragmatic, hardworking, and helpful – what a Virgo! 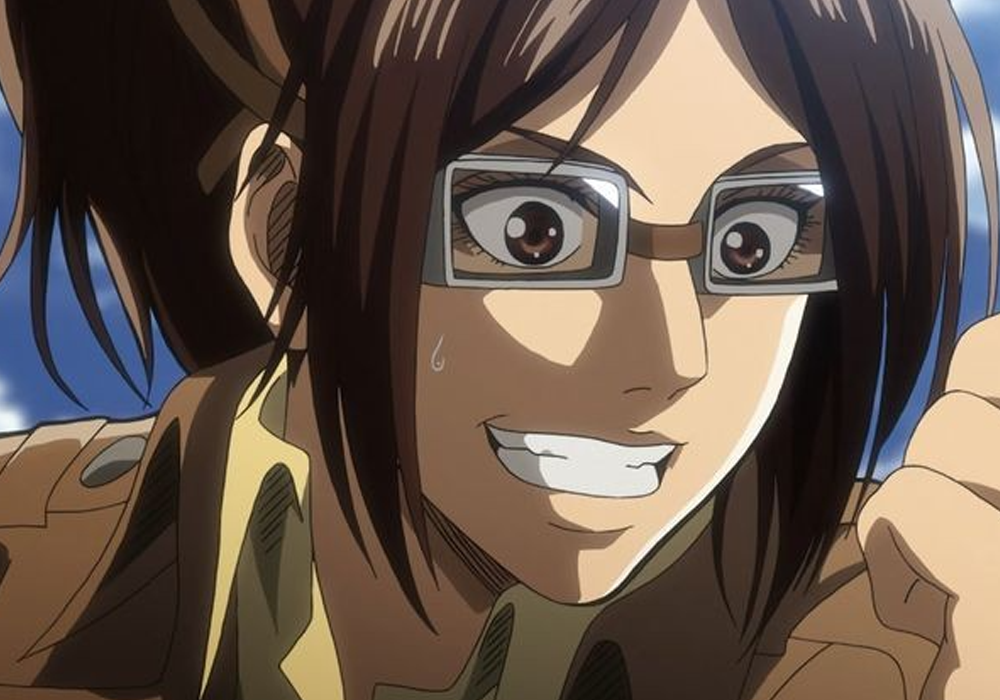 When researching and handling Titans, Hange shows quite a practical treatment of them. Instead of hatred and disgust, she sees them as a means to further understand their world.

She even shows compassion to them, like when one of the Titans, Bean, has to be hurt.

As for hard work, Hange can spend long hours on her research. She knows that the fate of everyone rests on what they can know about Titans.

For these strong Virgo traits, we crown Hange as the number one Virgo on our list. Susume, Hange!