Time for the Sagittarius people to brandish their arrows and clip-clop their way to our anime zodiac rankings!

We’re featuring the best anime characters under the Sagittarius sign. We have quite the big names in this list, from Hitsugaya of Bleach to Lelouch of Code Geass.

Ready to know what makes these Sagittarius tick?

Those who are born from November 22 to December 21 are under the Sagittarius sign. In the tropical zodiac calendar, this sometimes extends to December 22nd. 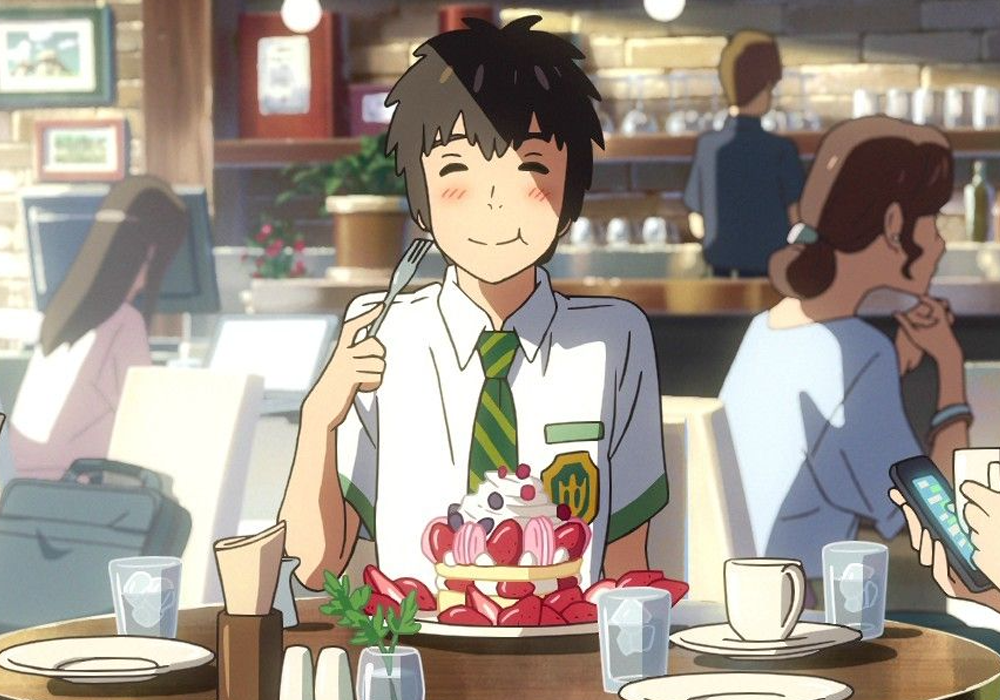 The Sagittarius sign gets Chiron the archer centaur as its symbol. You can see aspects of his story and myth in the traits of this sign.

Firstly, Sagittarius people are known for their independence. Because they usually do things on their own using their own methods, they can be innovative and spontaneous.

Combining that with their curiosity and inquisitiveness for new experiences and knowledge can push them to be risk-taker.

They still retain their compassionate, honest, and emotionally intelligent hearts. These make them see the bigger picture, give empathetic advice to friends, and are trustworthy. 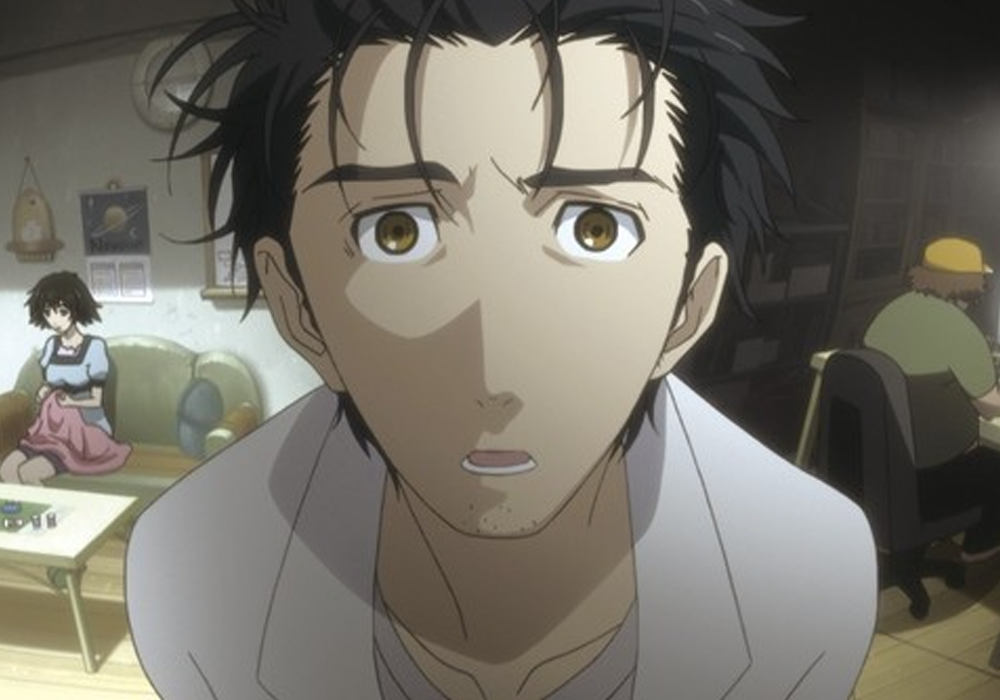 But just like other signs, they are not without their faults.

Their fun-loving spontaneity can become easily boring or get tired of old ways. A big ego and a tactless tongue can be a problem for a Sagittarius as well.

Or if they’re too compassionate, others will take advantage of them.

Keep these in mind, Sagittarius friends! 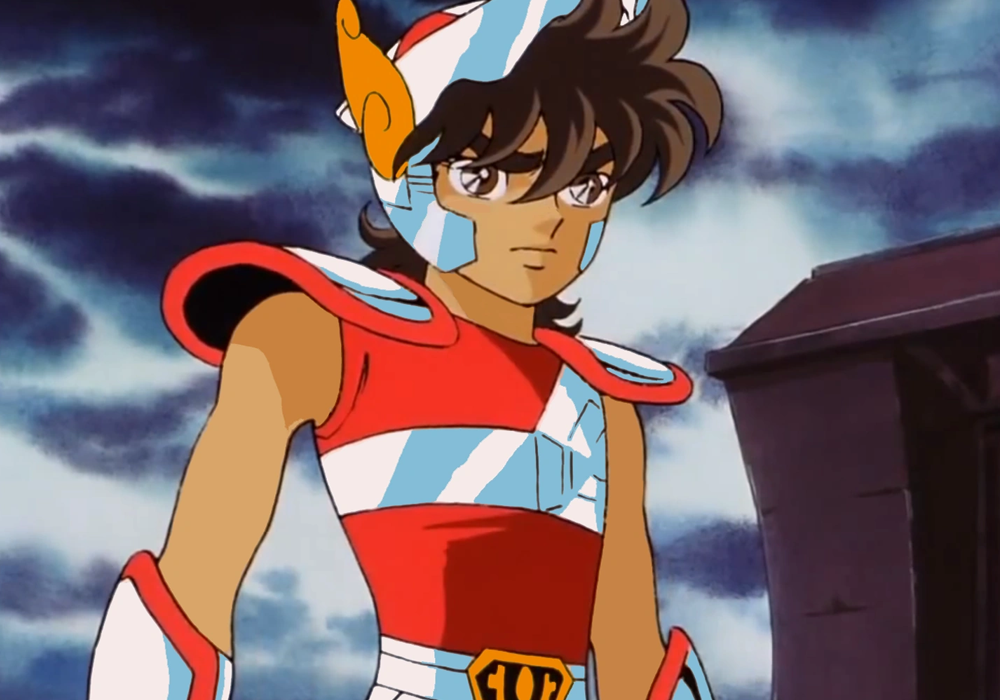 Due to his tumultuous childhood as an orphan, Seiya has always been an independent person.

However, when he became one of Athena’s warriors, his independence showed through his spontaneity and impulsivity bordering on recklessness.

But he’s also tenacious with a kind and caring heart. Moreover, he always demonstrates fairness among his companions and even towards enemies. 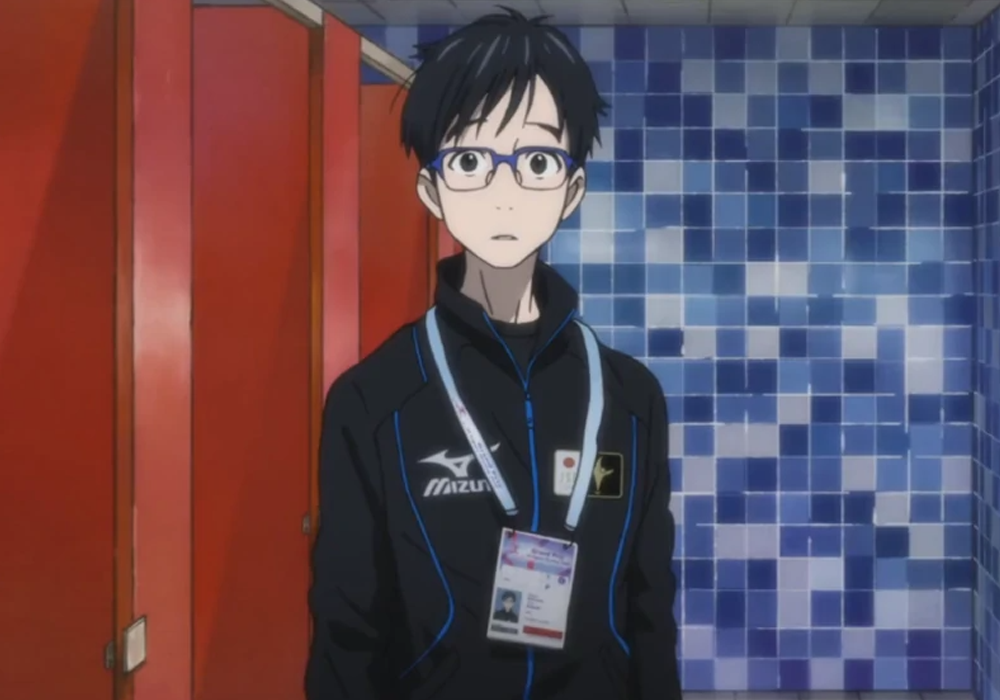 This star ice skater might not seem much of a Sagittarius, but he still shows some Sagittarius traits, mainly from his “glass heart” personality.

Yuuri is a kind and compassionate individual. We see him get along well with his fellow ice skaters, particularly Victor and his roommate Phichit.

But this tender heart can become a big hurdle for him due to how easily he gets emotional and devastated. Luckily, Victor is there to pull him up whenever he feels down. 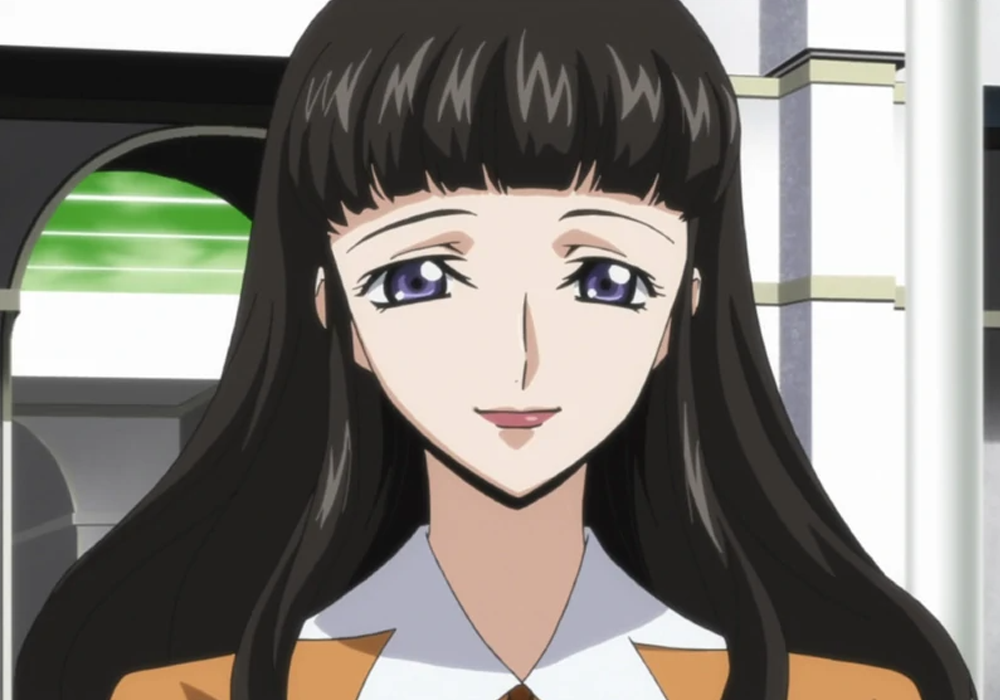 Majority of the show, we see glimpses of Marianne, mostly from Lelouch and Nunnally’s memories of her. She seemed like a compassionate mother who risked her life to protect her children.

But later on, we see her true nature. Her Sagittarius traits of curiosity and striving for new knowledge and experiences reveal that she only really cares for herself and her selfish goals with Charles.

They believe in a “world without lies” and want to unite everyone into one being. 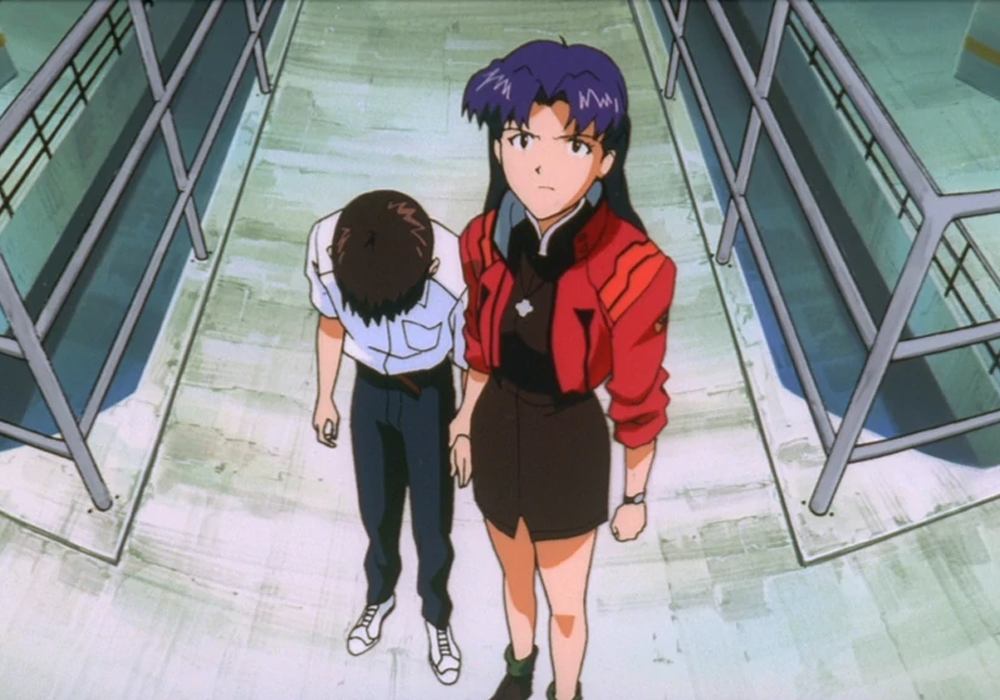 To be a NERV operations director and fight angels constantly, you have to be inventive with your ways in strategy and planning.

Numerous times, we see Misato portray this trait, as well as show her proclivity for risk-taking.

And although her relationship with Shinji seemed odd at times, she was very compassionate to him and his situation.

She opened her home to him and showed emotional intelligence when understanding his teenage turmoil. 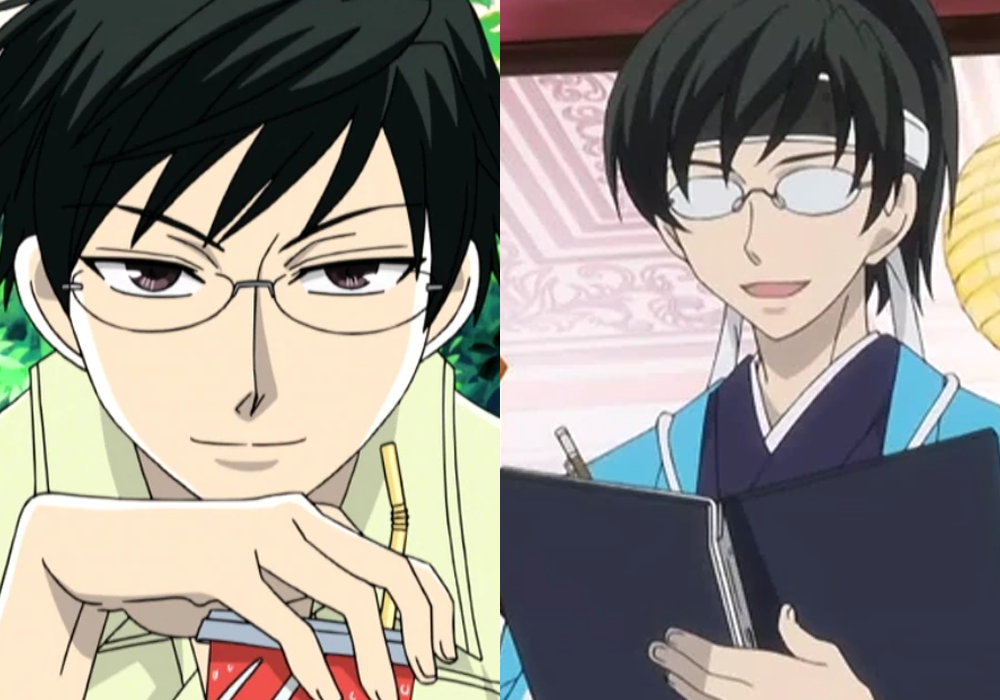 As the person in charge of money matters in the club, Kyoya shows his innovativeness in handling their budget.

For the club’s income, he organizes events and auctions and sells doujins and fanzines of the hosts.

He’s the “cool” host in the group. And he might be a man with a few words relative to the noisier members.

He knows how to be blunt about things, especially with their finances.

Kyoya acts like he helps people for selfish reasons, but Haruhi sees through this and tells him he is truly compassionate in his own way. 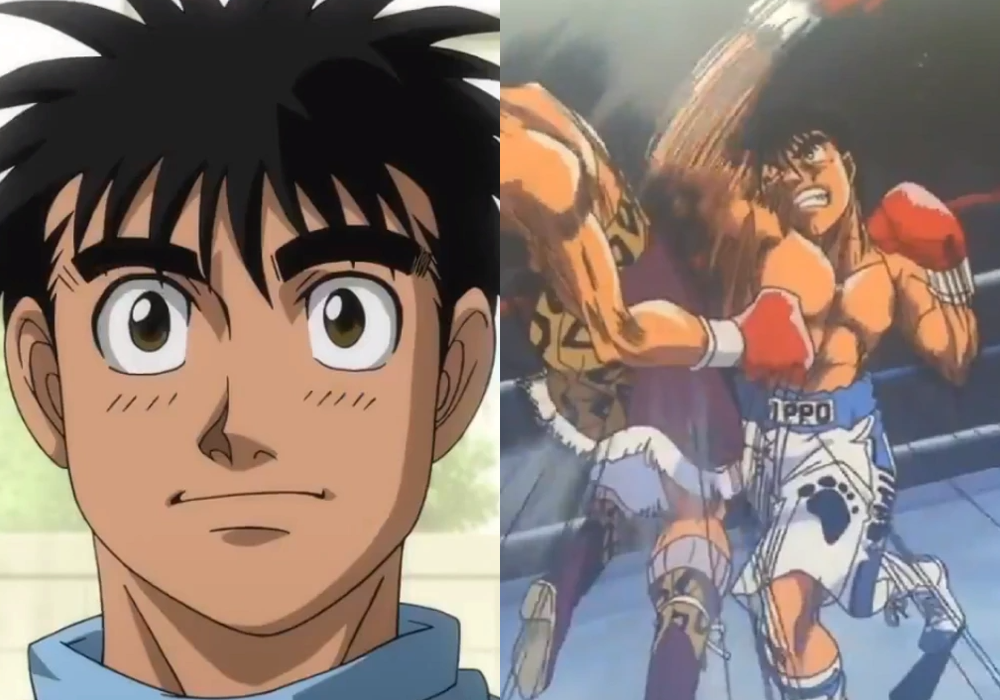 This boxer extraordinaire might fiercely dominate the ring with his punches, but outside of boxing, he shows his tender Sagittarius side.

Ippo has a compassionate heart and doesn’t really get fired up and act mean at opponents. He only gets angry when his friends are targeted.

His curiosity and desire for knowledge shows through his bookish nature. He likes to read and learn about his opponents before any big fights! 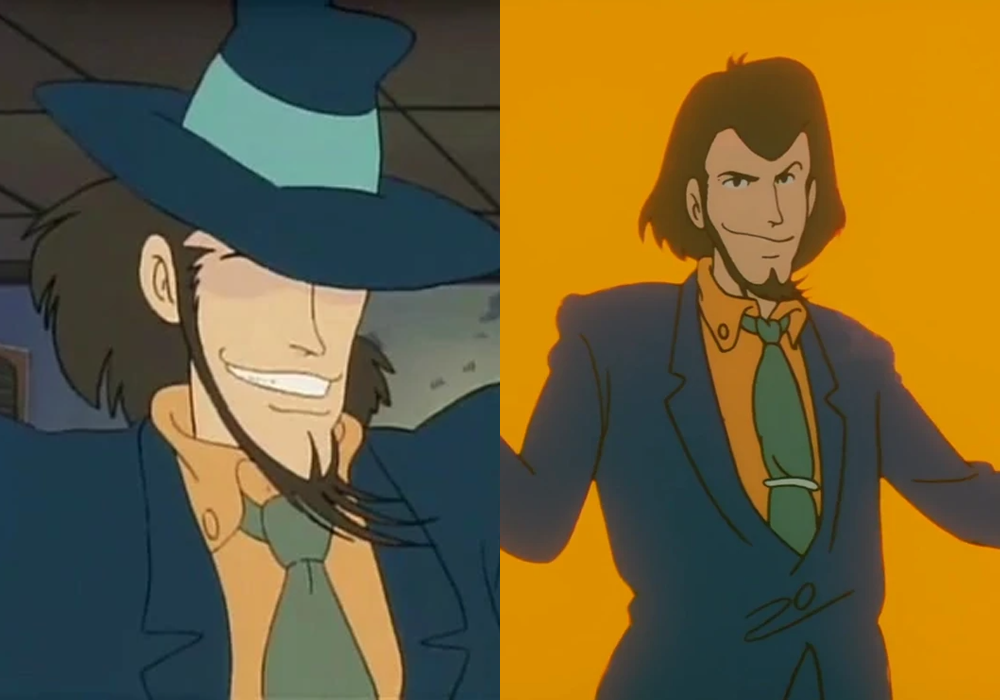 Yep, Jigen, the suave sharpshooter of Lupin’s gang, is a Sagittarius too!

He might be gruff, sarcastic, and a cynic at times, but inside he’s quite the softie, especially towards Lupin and Goemon.

You could say he’s the big bro of the group. He follows Lupin, no matter how crazy the heist is, and makes sure he’s safe and well. 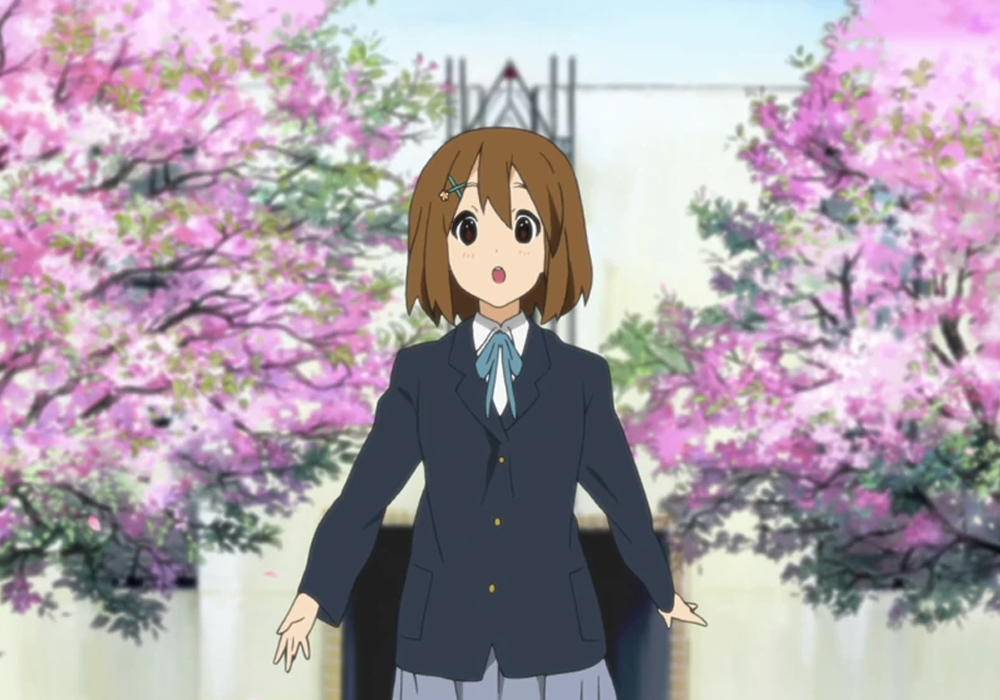 Mistaking “light music” to mean “easy music” and rolling with it is what started it all for Yui. She ends up staying in the club and learning the guitar.

This spontaneity shows how much of a Sagittarius Yui is.

A lot of Sagittarius chase what’s fun and exciting too, which is something Yui has shown throughout the series.

Yui loves new experiences and doesn’t mind learning new things along the way too. The downside is she can get a bit restless. 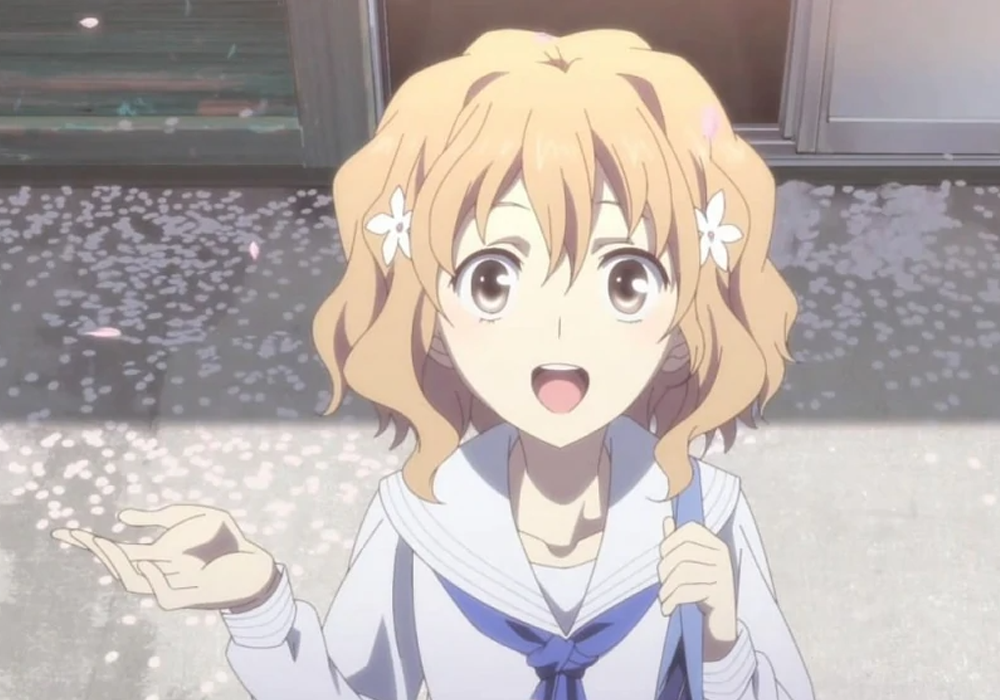 Due to being left alone most of the time, Ohana has been quite independent from a young age.

She resents how her mom isn’t the most responsible. At one point, Ohana even made her omurice with a side of broccoli, which her mom dislikes, to show her how she feels.

While this independence made her responsible and comfortable with doing things on her own, relying on others became a hurdle for her. 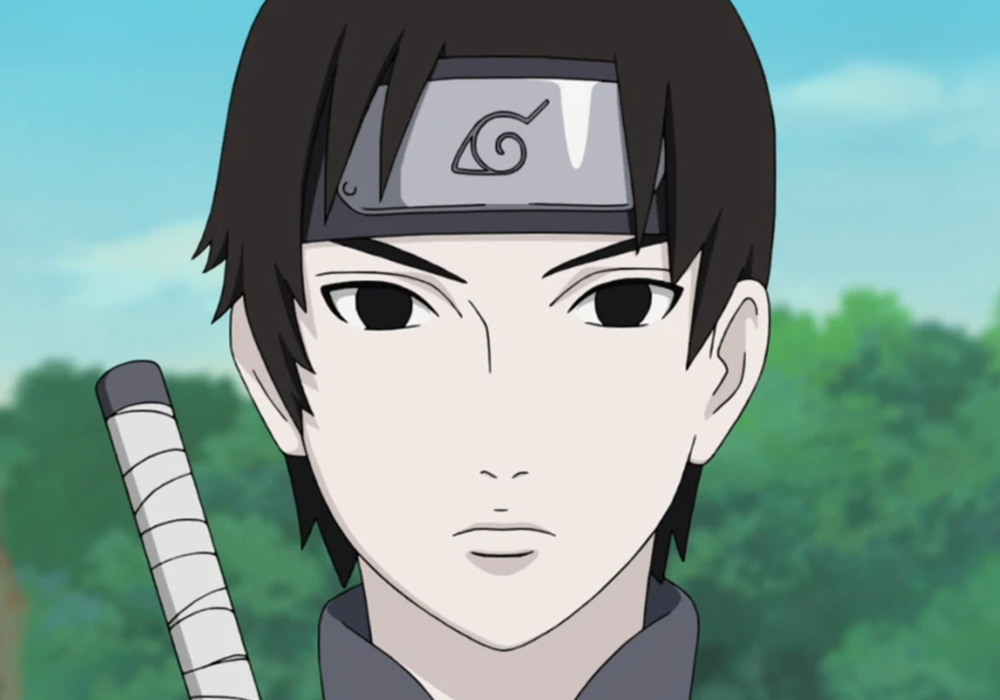 The moment he was introduced, Sai showed his independent and risk-taker traits. He even suppressed all his emotions so he could do dangerous missions.

Upon seeing the bonds of the people he met in Konoha, he expressed a desire to develop friendships and be in touch with his emotions again.

He poured over books to learn how to make friends, showing a Sagittarius’s curious and inquisitive mind.

Unfortunately, he’s too honest to the point of being tactless.

At one point, he gave everyone friendly nicknames but ended up insulting people! Sakura definitely didn’t like being called ugly. 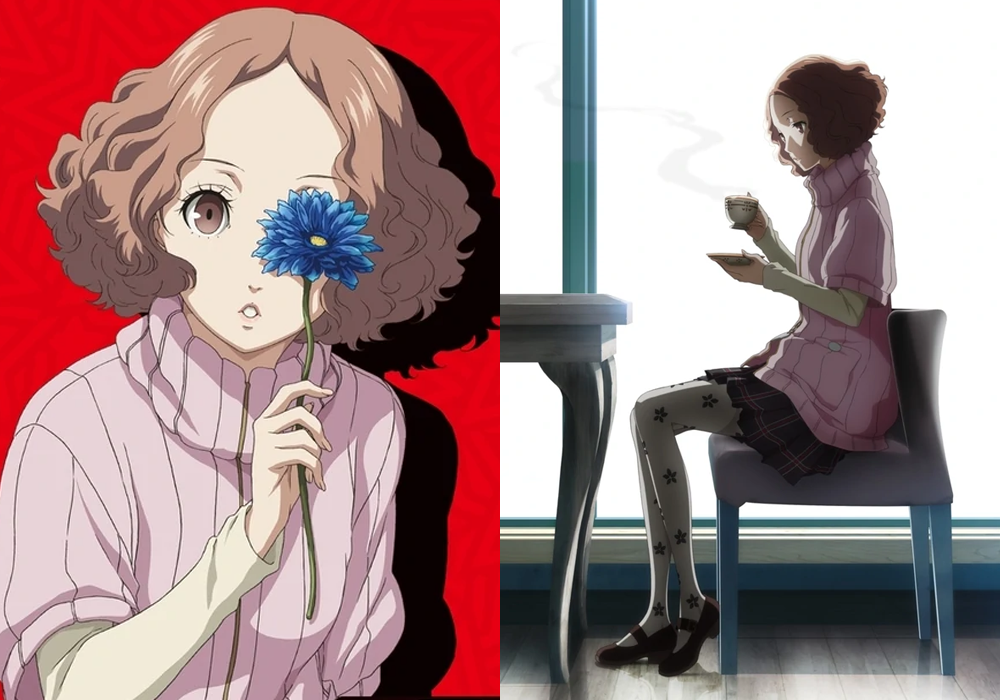 The adorable and fluffy Haru from Persona 5 joins our Sagittarius gang!

She may seem shy and reserved, but Haru has a sincere heart and wants to help people. When she found Morgana, she immediately rushed to aid the talking cat.

Sadly, like a lot of compassionate Sagittarius, she had a hard time trusting people because almost everyone around her just wanted to take advantage of her status and wealth. 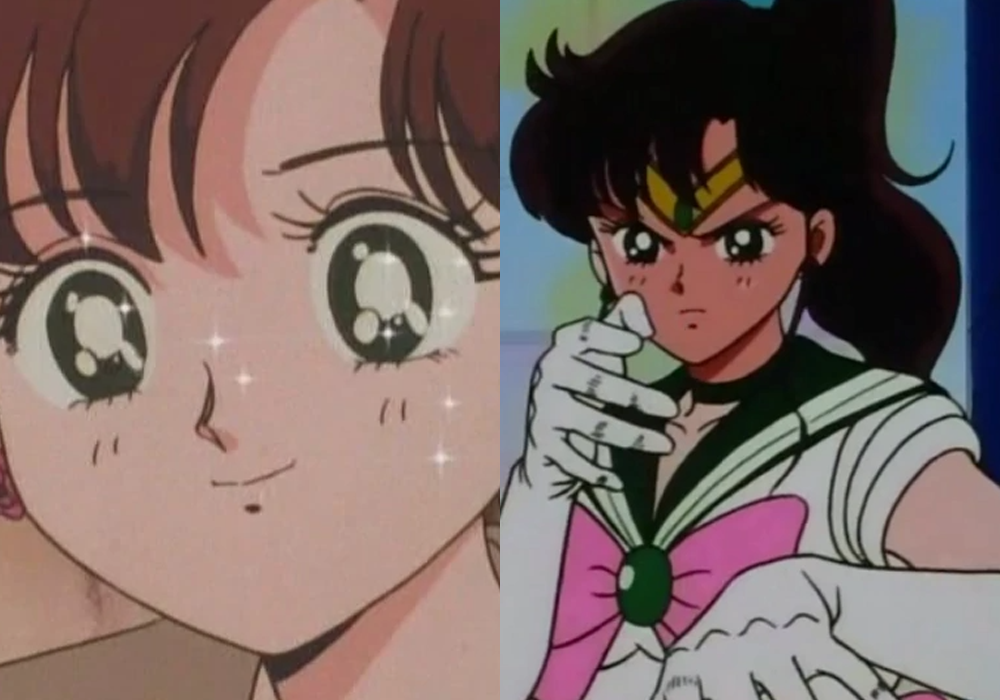 This tough and no-nonsense Sailor, Senshi, has quite the heartbreaking childhood.

Makoto lost her parents due to a plane crash when she was a kid. This pushed her to be independent and resilient.

Because of her tomboyish and intimidating nature, a lot of students fear approaching her.

What they don’t know is that she is a caring friend who’s always there when you need her. She is also quite honest with her fists! 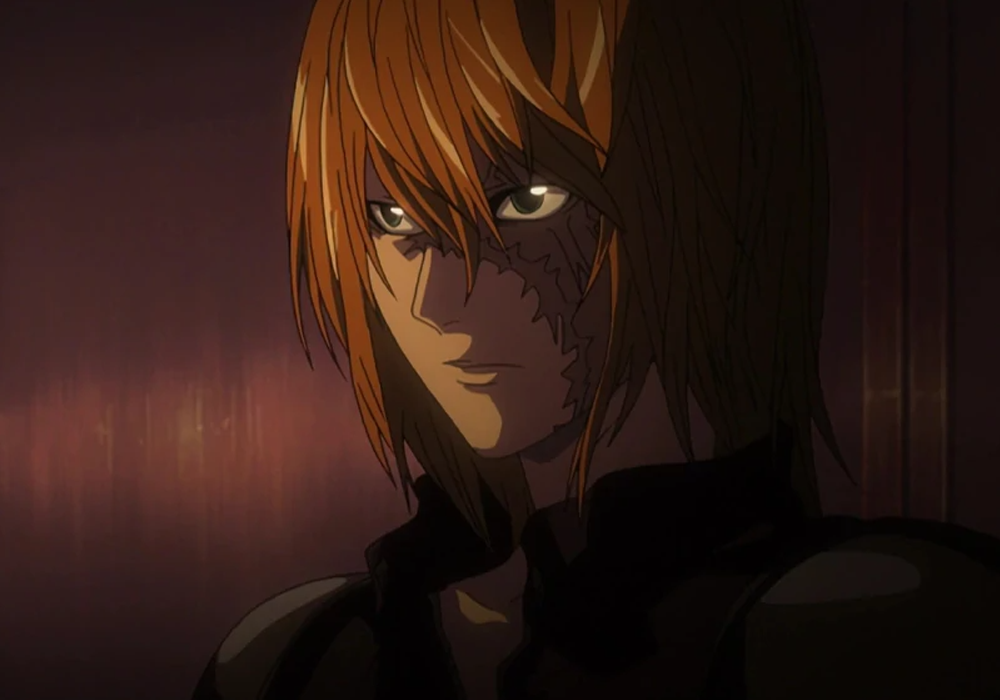 As an orphan, Mello learned to be independent when dealing with life. He’s gifted in intelligence and skills, so he managed to carve out a name for himself.

Sadly, being second to Near isn’t enough for him. This competitiveness made him a risk-taker, often risking his life and the life of others.

His drive to win is fueled by egoistic reasons as well.

Some Sagittarius have problems regarding their egos, which is the case for Mello. 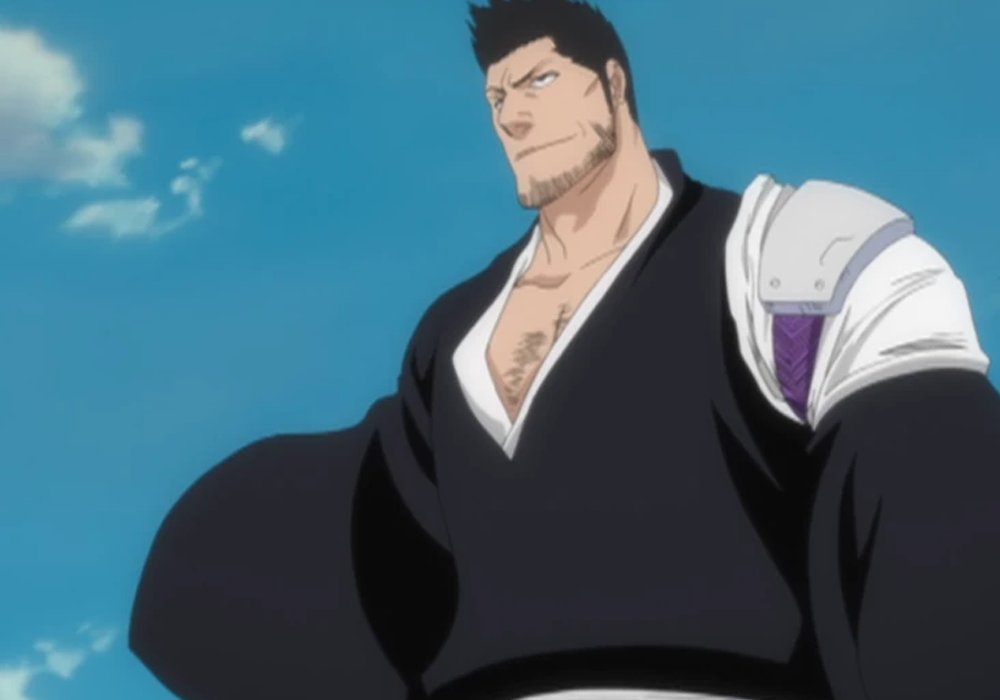 Ichigo’s energetic, spontaneous, happy-go-lucky dad makes it to our list of Sagittarius characters!

Isshin’s character is full of surprises, which is something a Sagittarius would enjoy. He was introduced as a jokester dad but is later revealed to be a Shinigami – a Shinigami Captain to boot!

When he met Misaki, who later became his wife, he risked his Shinigami and Captain status to keep her secret and go back for her.

He’s always been a sweet guy. 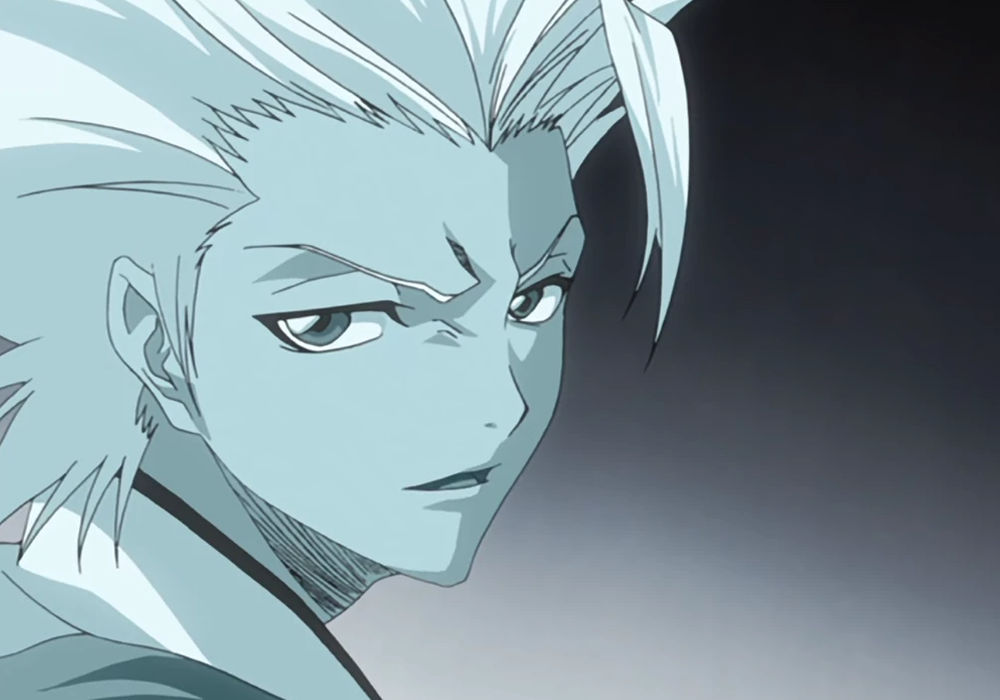 Another Bleach character joins our list! This time, it’s the ever-popular Hitsugaya!

He might seem cold and distant, but he actually has great emotional intelligence.

He was able to manage and intervene between his two friends, Hinamori and Kira, at a time when both were reacting based on emotions.

Even at a young age, he was already very compassionate.

He didn’t want to leave his grandma to become a Shinigami, but thankfully his grandma gave him her blessing to carve out his path. 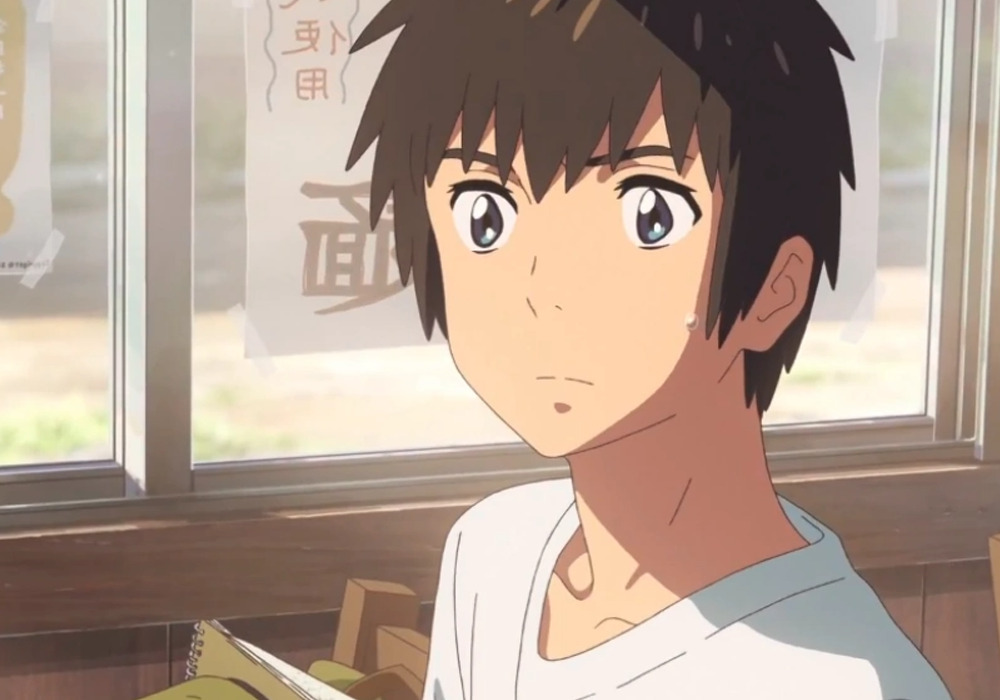 The biggest indicator that Taki is a Sagittarius is his tendency, to be honest.

He’s polite but doesn’t mind being straightforward with people.

Sometimes, he even comes off as being too blunt, and he often has to clarify what he said to soften the blow of his words.

This straightforwardness rubbed off on Mitsuha later on. It helped her stand up to her father and retaliate back to save their town. 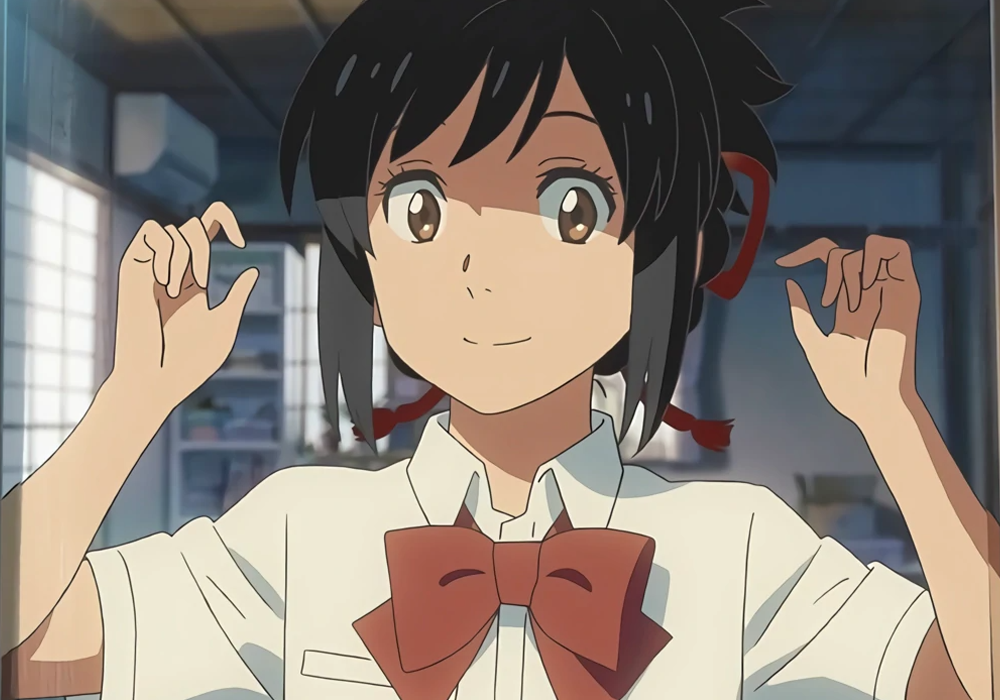 On the other hand, Mitsuha’s defining Sagittarius trait is her curiosity for new experiences.

She desperately wants to get out of her small town and live an exciting life in a big and bustling city like Tokyo.

Sagittarius people can become restless and bored with the old ways, which you can see in Mitsuha’s character early in the story.

With a little push from Taki, Mitsuha gained confidence and showed her straightforwardness. She was blunt and honest with her words, which eventually helped save their town. 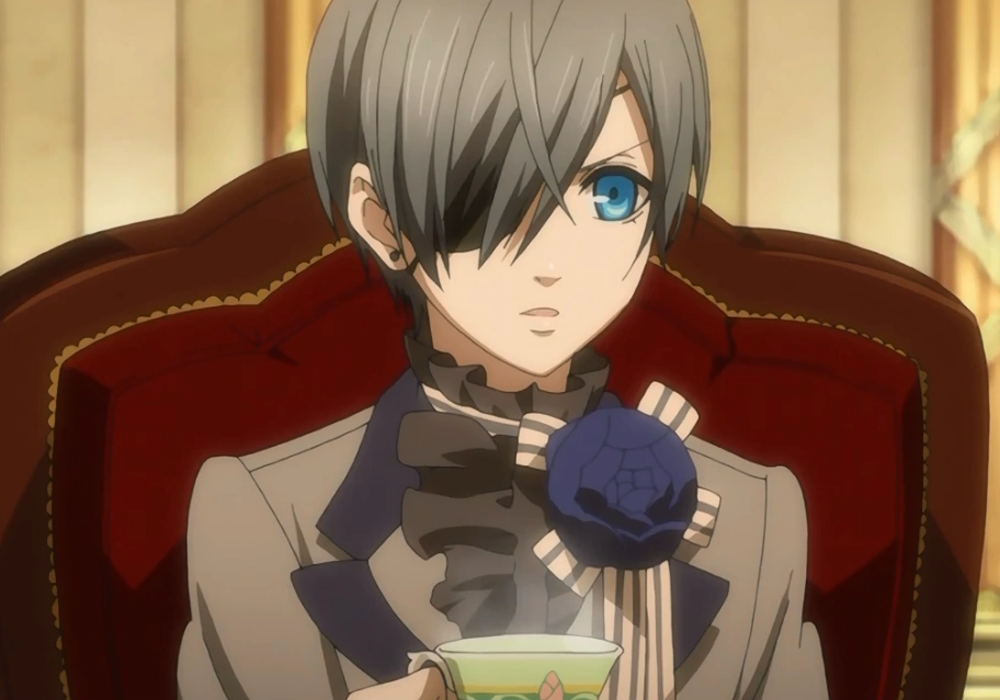 Losing his family at a young age made Ciel an independent kid. He might be young, but there is strictness and callousness in his manners, and his words can be piercing.

But despite his bluntness, the Earl of the Phantomhive house has a soft side to him.

He showed concern to Elizabeth and protected her from a bear and a horde of Bizarre Dolls. And when he heard his servants needed something, he took them all shopping. 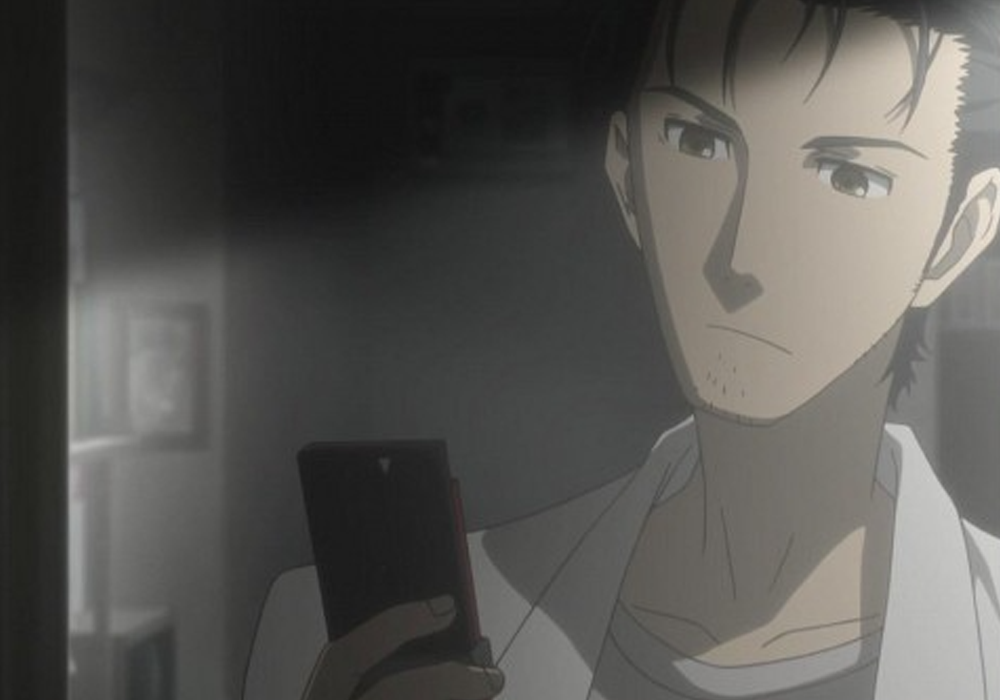 People under the Sagittarius sign can be too curious about new knowledge.

In the case of Okabe, this curiosity spiraled and snowballed into something bigger than he could imagine.

After discovering that he could alter the past by sending a mere text message, Okabe thought he had cracked the secrets of science.

But this was something bigger than him or his friends, and it sadly put their lives in danger.

As they say, curiosity killed the cat. 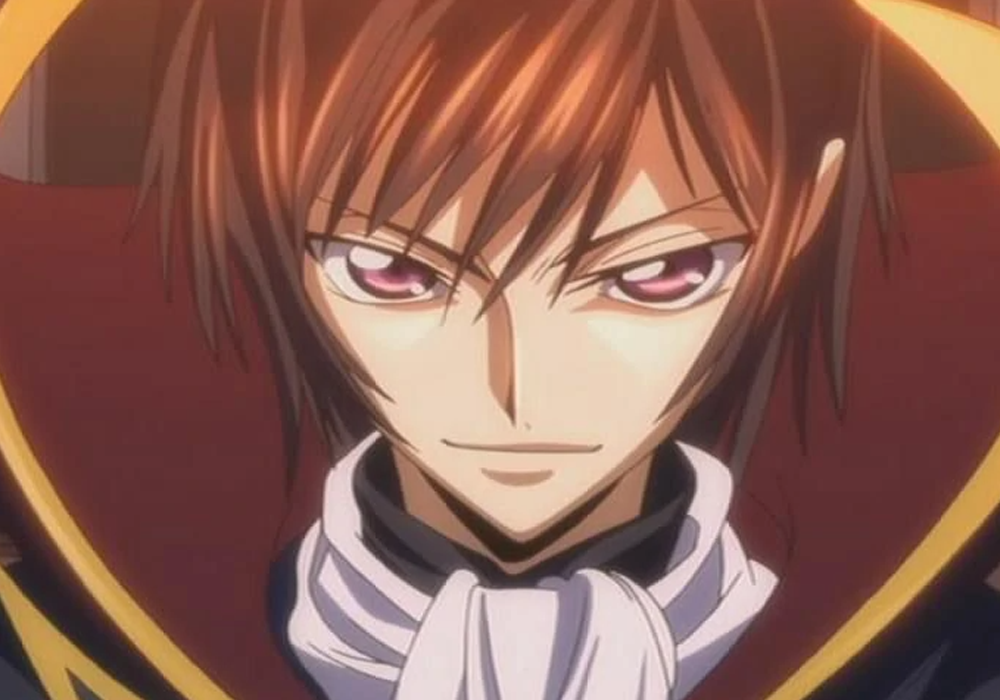 After losing his mother due to a mysterious assassination, Lelouch vowed to exact revenge on his father’s empire and make all the aristocrats pay.

His mother’s unfortunate death made him and his sister independent, as they had to hide and survive on their own.

Upon stumbling into the power of Geass, Lelouch’s Sagittarius curiosity got the best of him, and he made a contract to take advantage of its powers.

In his path of revenge, Lelouch still showed compassion, especially to his little sister, Nunally, and to his best friend, Suzaku. 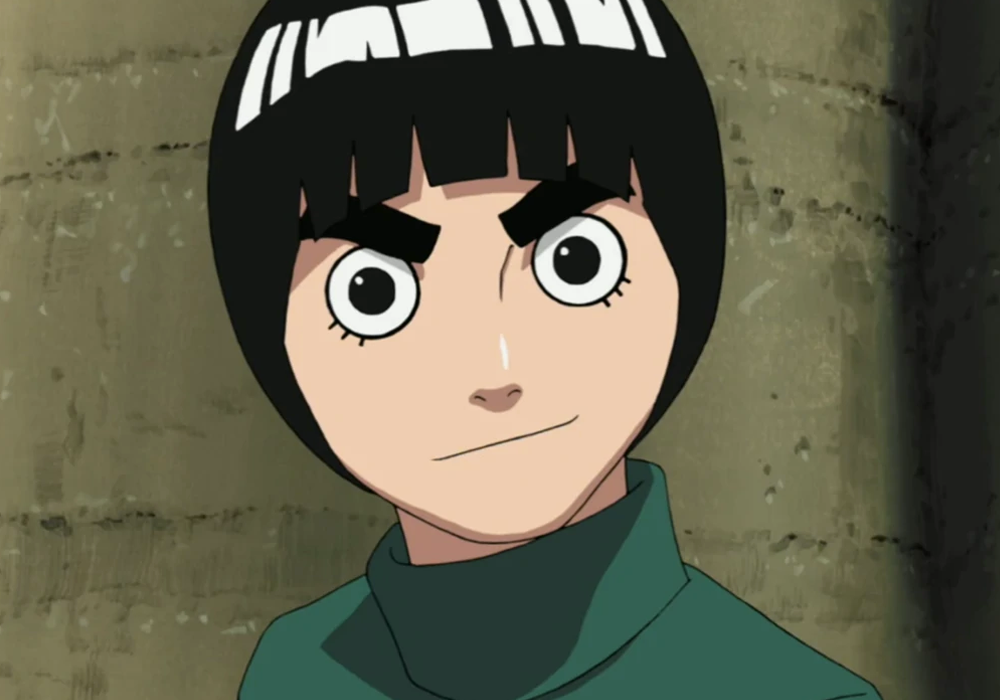 Rock Lee is the epitome of an independent, compassionate, honest, and inquisitive Sagittarius. He shows the best traits of the sign and is an inspiration to others as well.

As someone who couldn’t do ninjutsu and genjutsu, Rock Lee had to be innovative with what he could do. Under Guy’s tutelage, he discovered different powerful forms of Taijutsu.

Even though he has been defeated by numerous peers, such as Neji and Gaara, and even got his arm and leg broken by the latter, Rock Lee’s humble and tender heart doesn’t hold grudges.

He forgave and befriended Gaara and didn’t let Neji’s words get to him. Rock Lee is a Sagittarius that managed to avoid one of the sign’s weaknesses, which is having a big ego.

We could go on and on about how great of a character Rock Lee is, but we’ll be here all week if we do. Suffice it to say Rock Lee is the best Sagittarius for us.