Capricorns, let me hear you bleat!

In this anime zodiac article, we’ll be focusing on the hardworking and ambitious goats of the anime world. Here are the best Capricorn anime characters!

You’ll see the likes of Levi Ackerman, Rukia, Victor Nikiforov, and even Chopper featured below. Discover what makes them Capricorns and read on!

Birthdays that range from December 22 to January 19 are categorized under the star sign Capricorn. If you use the tropical astrology calendar, this sometimes extends to January 20. 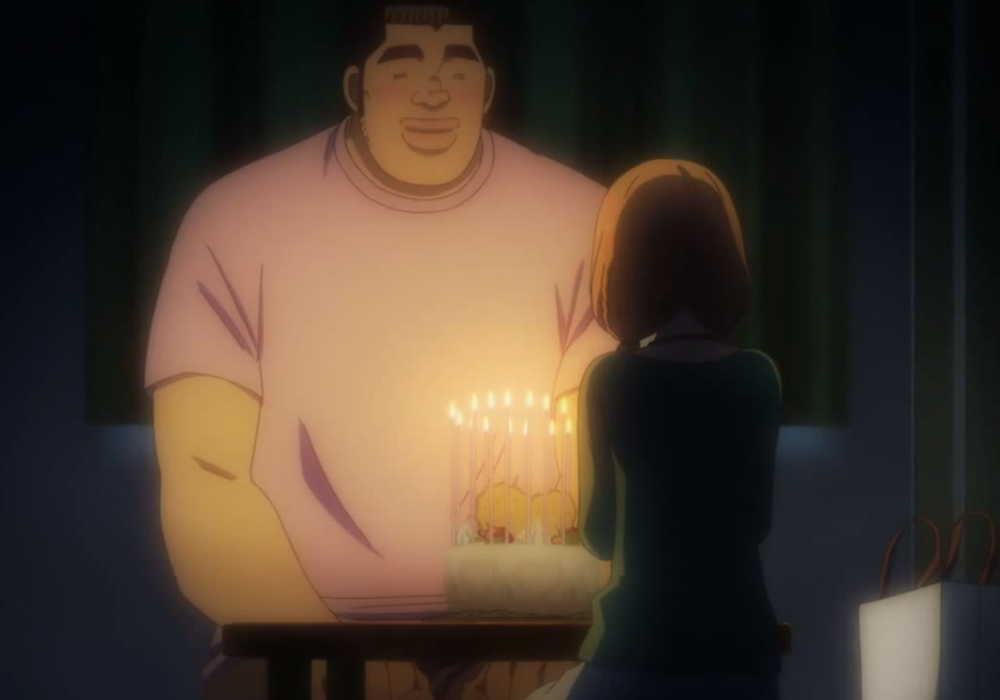 Before starting our list, let’s learn what makes these characters a Capricorn.

Capricorns have the goat as their symbol. Their element is Earth, and the color they associate with is brown.

People born under this star sign are known to display the following positive traits.

They are hardworking individuals, showing a tenacious and can-do attitude. Amidst tough situations, they never give up!

You’ll also notice that they’re ambitious people. They keep their eyes on the goal, and they strive towards it. This works well with their hardworking trait.

They are mature and disciplined people who show pragmatism and own up to mistakes. 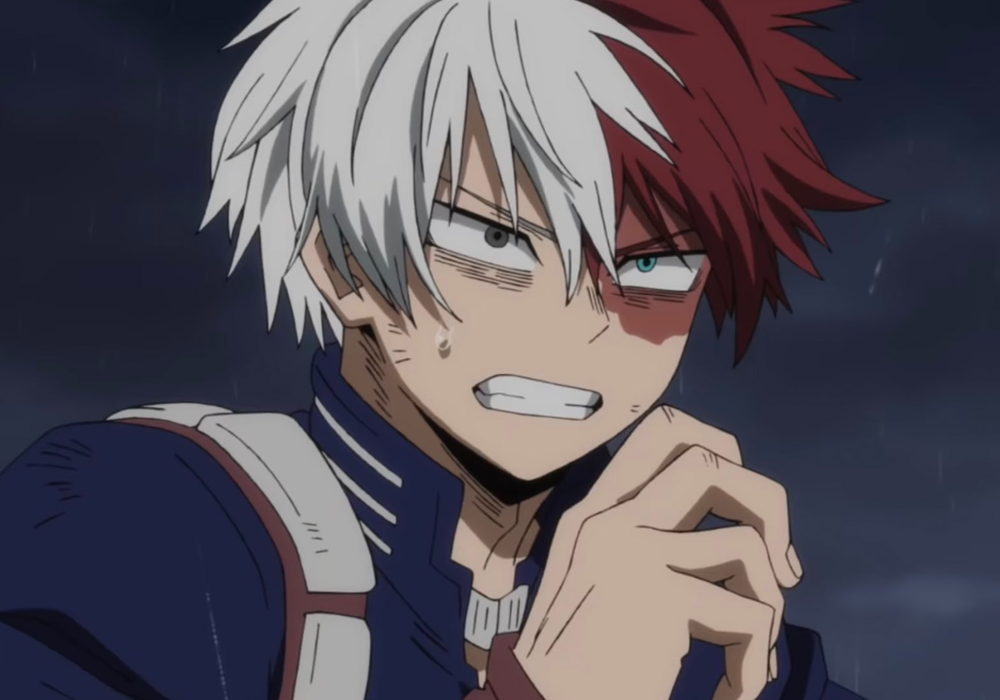 But if Capricorns are not careful, these traits have a negative side to them.

A practical mind can end up focusing on the downsides of things. And because of their ambitious drive, they can get pessimistic and unhappy with the bad outcomes.

They also have a tendency to be workaholics and push others to a high standard.

A stubborn Capricorn can get stuck with a method they think works and end up being close-minded.

Let’s see which characters show these traits, shall we? 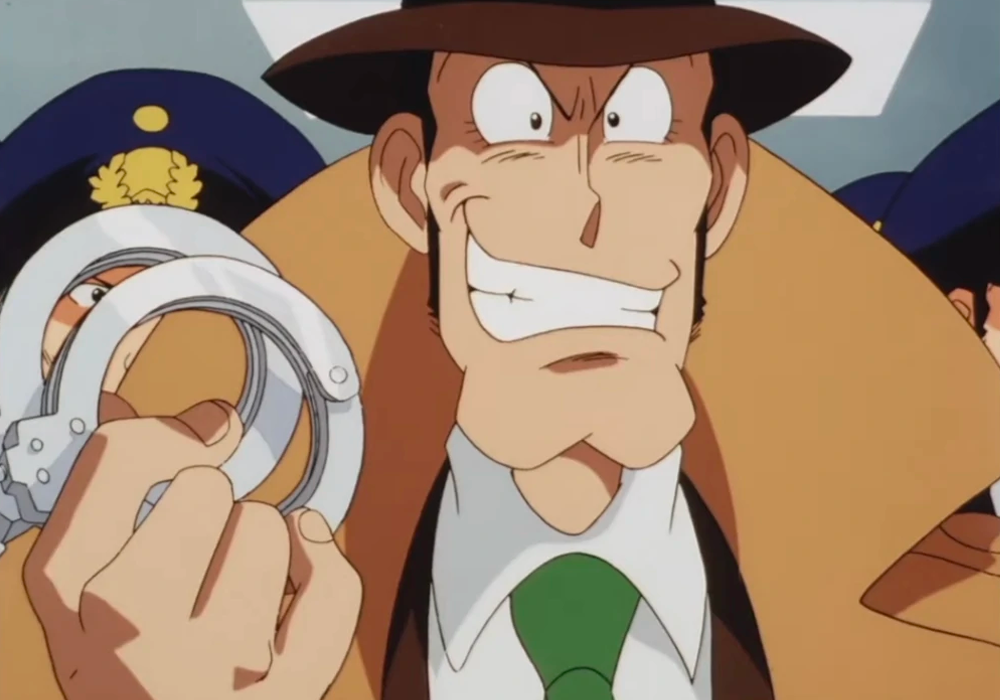 If there’s one thing you can say about Detective Zenigata, it’s that he’s a very tenacious person.

He works hard as a detective to bring Lupin to justice. No matter the situation or location, he doesn’t give up chasing the elusive thief.

At one point in the series, he skipped sleeping just to pursue Lupin.

When he finally got some shut-eye, he immediately woke up after hearing Lupin’s name. Now that’s dedication! 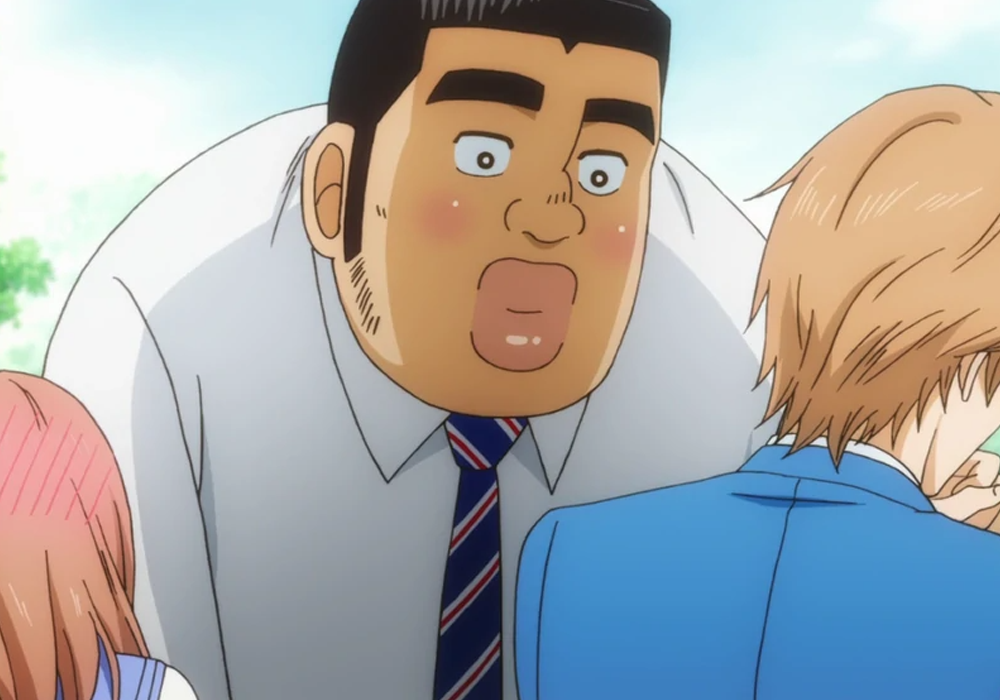 Takeo has been turned down numerous times by multiple girls over the years. The reason is usually because they like his friend, the bishounen Sunakawa.

Despite these experiences, Takeo remains mature and pragmatic about it. He knows it’s not his friend’s fault, thus, he doesn’t hold grudges.

He does get a bit pessimistic about himself. At first, he thought Rinko liked Sunakawa because he didn’t think a girl would like anything about him. 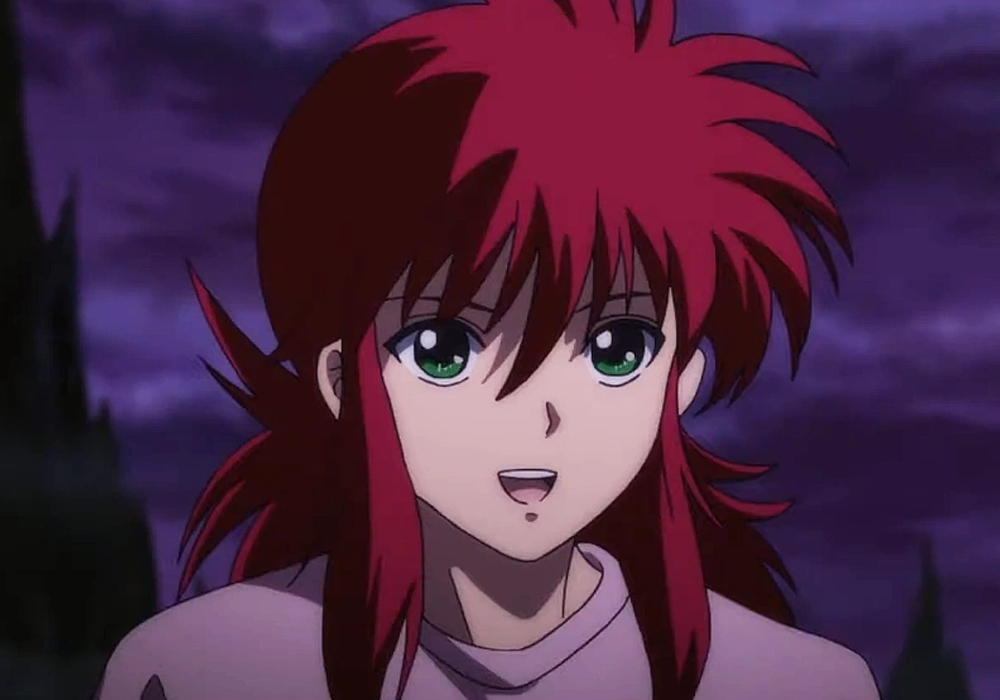 As a fighter, Kurama is practical and prepares for possible outcomes.

He is also a tenacious warrior. Numerous times, he would be badly beaten up and on the brink of losing.

But like a responsible and prepared Capricorn, he would always have a trick up his sleeve.

This trait was displayed in his fight against the bomb-loving Karasu.

It looked like Kurama was about to die, only to plant a fatal seed in Karasu’s chest at the last minute. He also managed to transform into his Yoko form despite the odds. 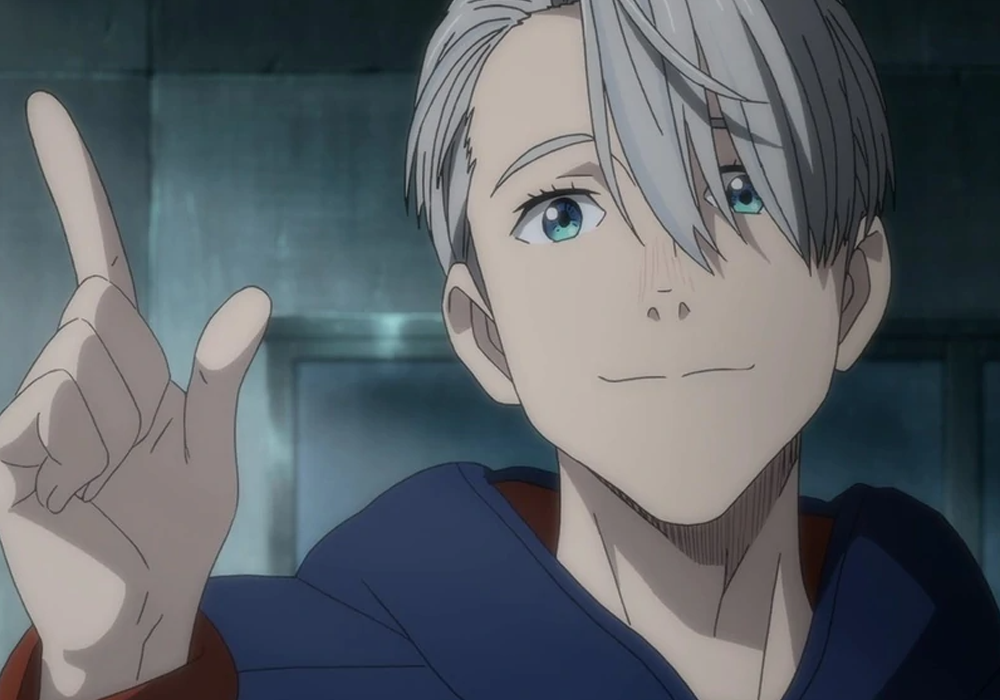 This poodle-loving ice skater shows his Capricorn traits inside and outside of the rink.

Victor has always been a hardworking athlete. At a young age, he already won numerous Grand Prix finals and became a top figure skater in the world.

Despite this, he never becomes a workaholic and maintains a pragmatic view of his athletic skills. He knows his limitations and doesn’t push himself too hard.

Towards Yuuri, Victor serves as his anchor when he spirals and becomes devastated. Victor is a dependable Capricorn! 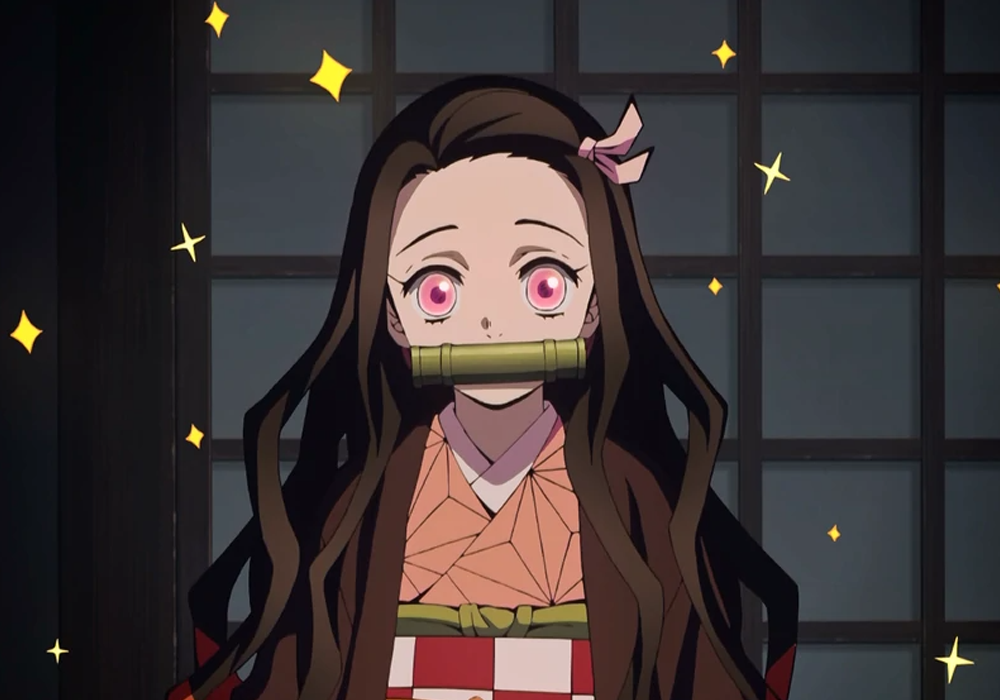 Before becoming a demon, Nezuko was a responsible sister who was protective and caring to her siblings.

Even after turning into a ruthless demon and losing her human memories, she still retains a sense of responsibility towards her brother Tanjiro.

She is one of the rare demons who willingly protects humans and tries to override her demon instincts and urge to feed. 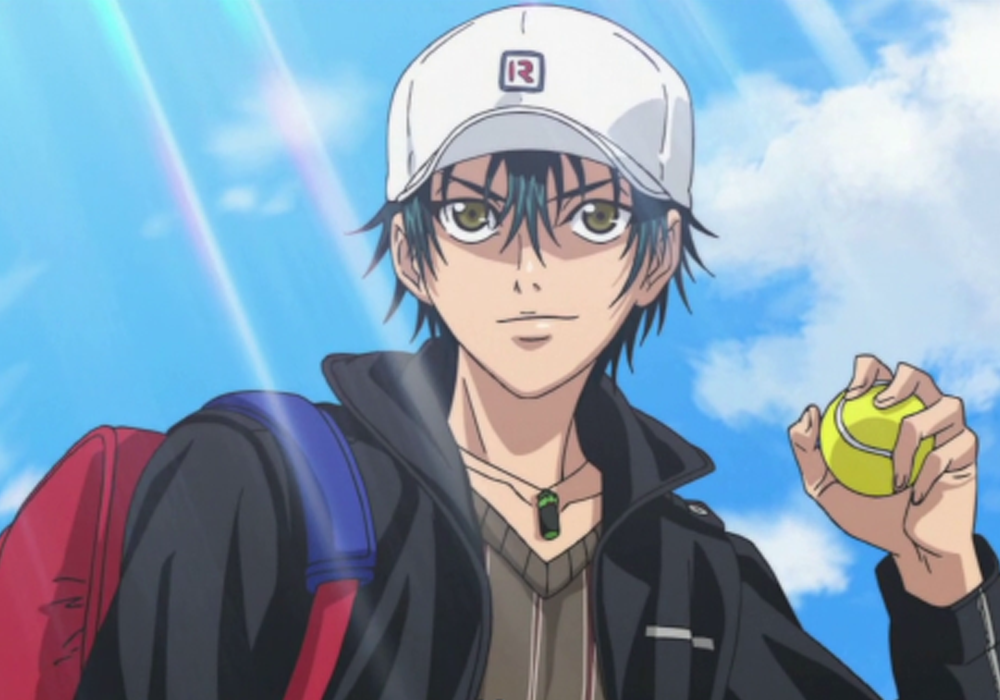 Ryoma dedicates his all to tennis. He works hard and even pushes himself to the limit to improve his tennis skills.

His favorite mantra, “mada mada dane,” shows that he thinks he has a long way to go in tennis.

Not only is Ryoma a hardworking Capricorn, he’s quite ambitious too! 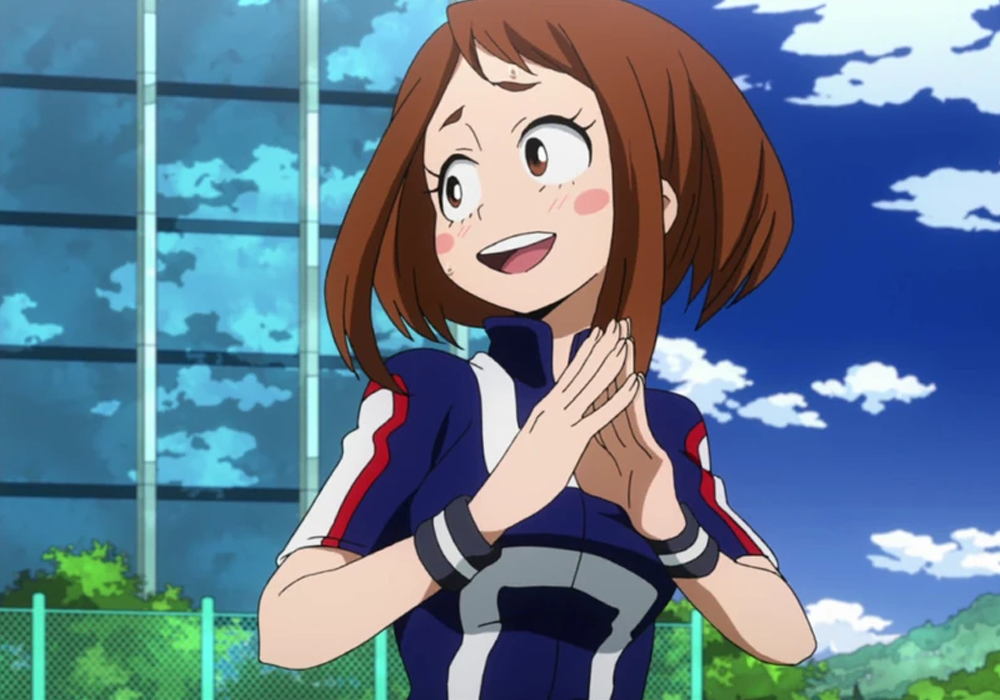 Ochaco is another great example of a hardworking Capricorn!

She comes from a family with financial struggles. Because of her ambition to give her family a comfortable life, she strives to become a hero who can help people and earn money at the same time.

There’s nothing wrong with getting a decent job through hero work. We’re cheering for you, Ochaco! 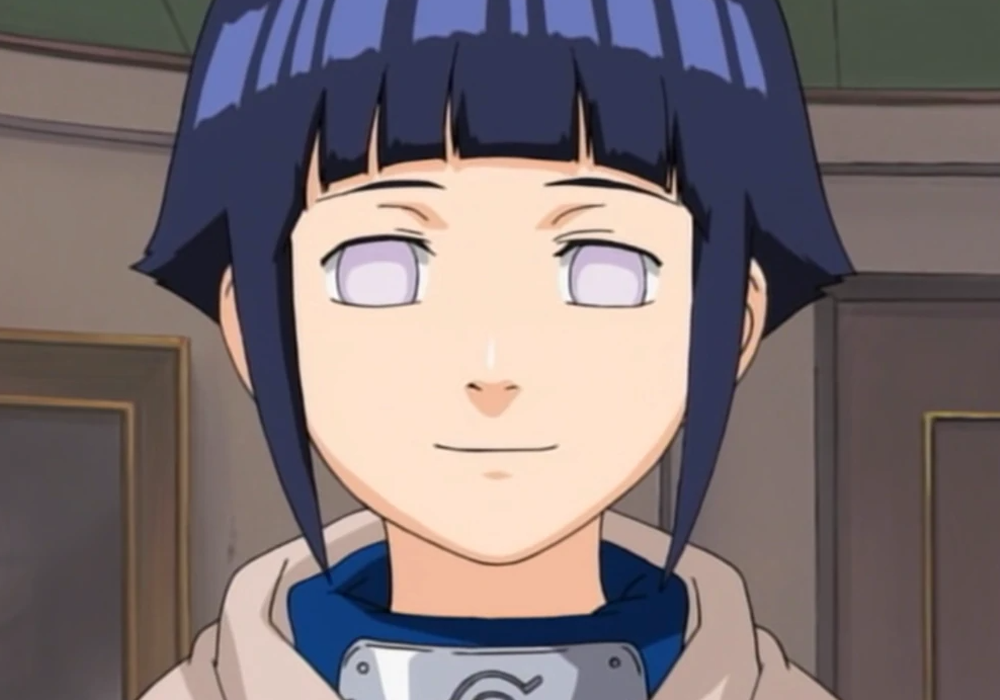 Hinata was always timid as a child. She couldn’t live up to her father’s expectations, which tanked her self-esteem. Ultimately, she got disinherited, and her clan thought she would never amount to anything.

Hinata became pessimistic of herself until she met Naruto and continued to observe him.

Just like her, Naruto never had loving parents, and the whole town dismissed him as well.

But unlike her, Naruto never let his situation pull him down.

This inspired Hinata, and she managed to slowly shake off a Capricorn’s tendency to focus on the negatives. 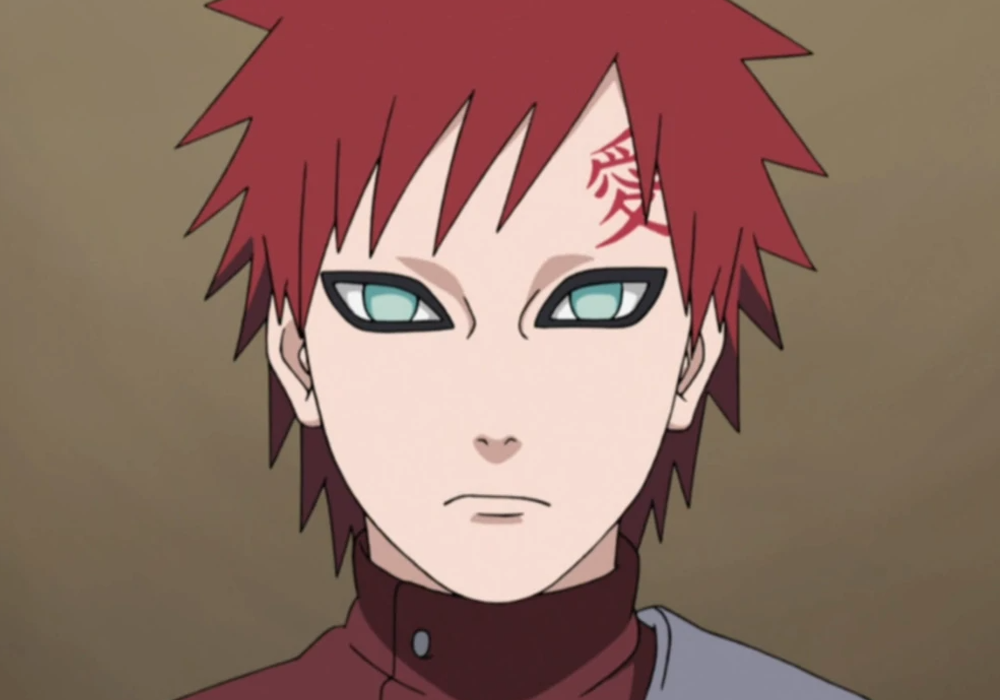 Gaara started out as a happy kid full of warmth and friendliness. Unfortunately, his terrible father thought making him suffer will push him to be strong.

After his uncle’s assassination attempt and being told nobody actually loves him, Gaara loses his warmth and withdraws from everyone. Gaara focused on the negativity and grew up to be quite ruthless. 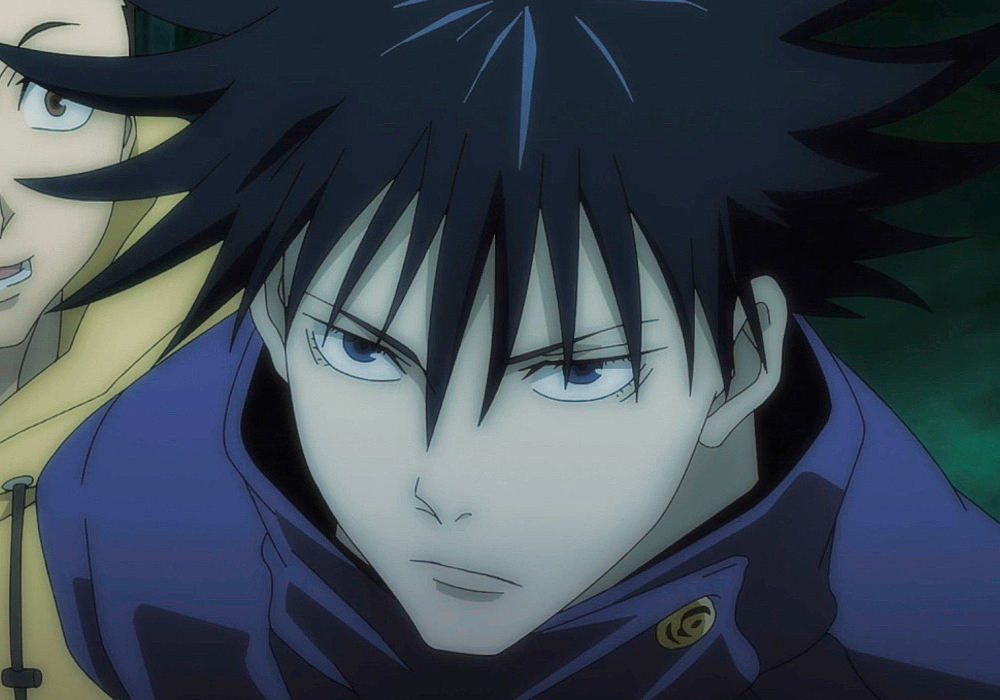 Capricorns value tradition a lot. They also tend to be close-minded and only follow what they think is right. Megumi shows these Capricorn traits early on.

Younger Megumi disliked bad guys who didn’t earn their pride and reputation. He also didn’t think everyone should be saved.

He was adamant this was the way until his stepsister changed his views.

Saving Yuji also went against what he believed in, but he inexplicably still saved him anyway. Megumi has a long way to go. 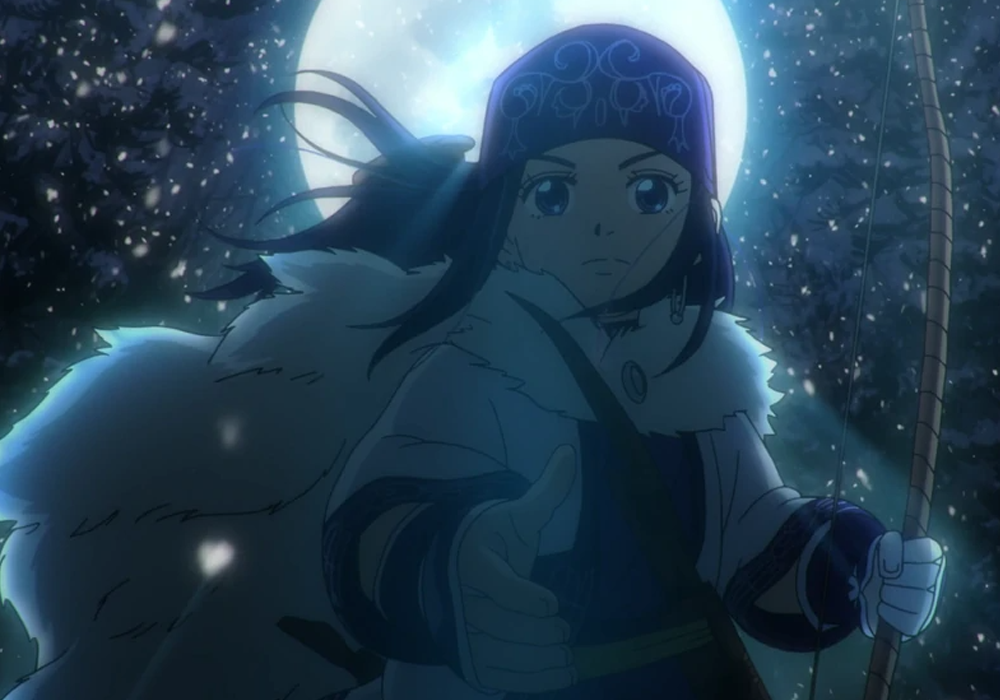 Living in a harsh environment has made Asirpa pragmatic about the realities of nature. She’s aware that being weak in the wilderness can lead to death.

Aspira also shows the ambitiousness of Capricorns through her quest in finding the coveted gold for her fellow Ainu.

Because of her experiences of being abandoned, Aspira has become slightly pessimistic about forming bonds due to being afraid of being left behind again. But it seems like Sugimoto is helping her heal from this. 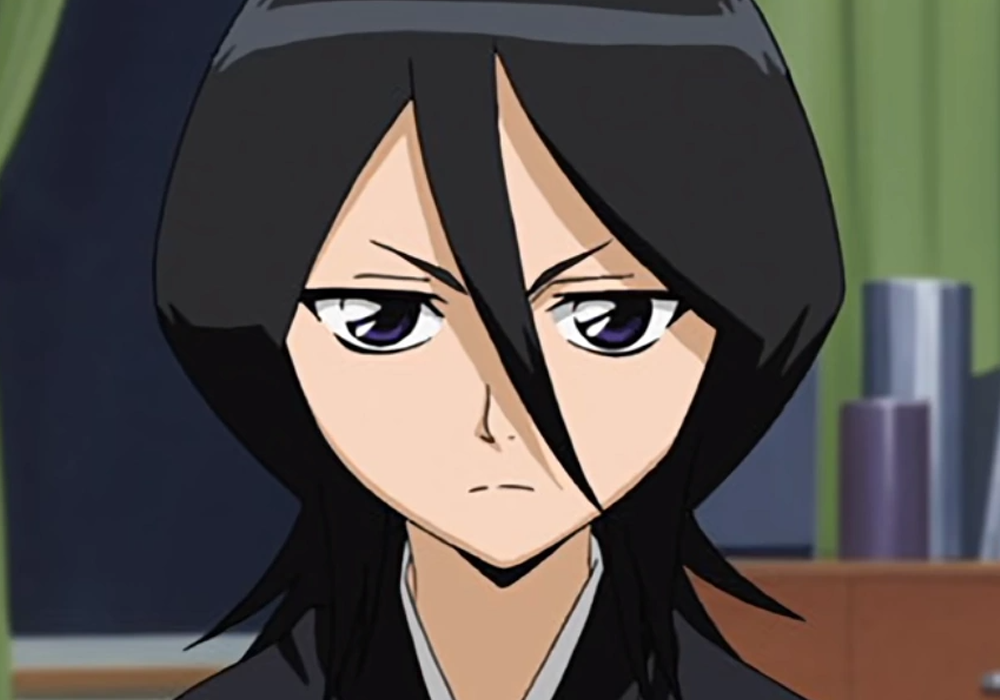 Abandoned as a baby, born as a lower-class citizen, and had to train hard to go toe to toe with other Shinagami – Rukia possesses tenacity, to say the least.

She worked hard to be deserving of the chance she was given by Byakuya.

Although she was hopeful and had faith in Ichigo, she still became gloomy while she was imprisoned in Soul Society.

Focusing on the negatives is a problem a lot of Capricorns have. 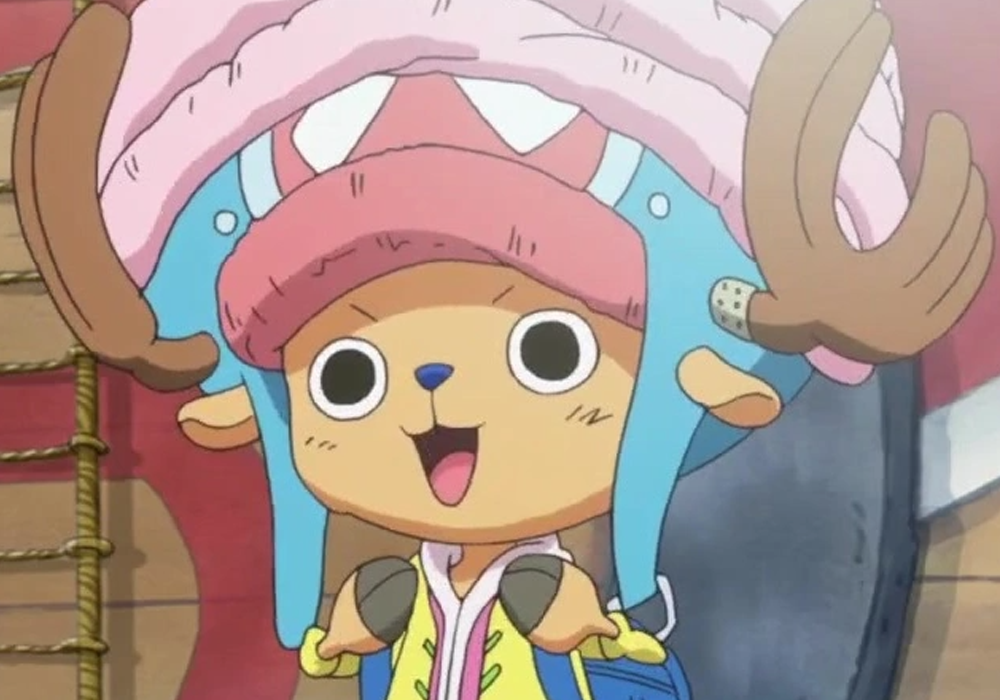 He might be a reindeer, but he’s definitely part of the goat gang!

Chopper deeply follows the Doctor’s Code, which shows a Capricorn’s responsible and disciplined self.

Through the Hippocratic Oath, Chopper vows to help anyone who needs curing.

Numerous times, he has shown anger towards people who mistreat the lives of others.

This happened when the Beast Pirates weaponized diseases, when Caesar Clown got kids for fatal experiments, and when his idol, Dr. Hogback, heartlessly treated his patients.

We salute you, Doctor Chopper! 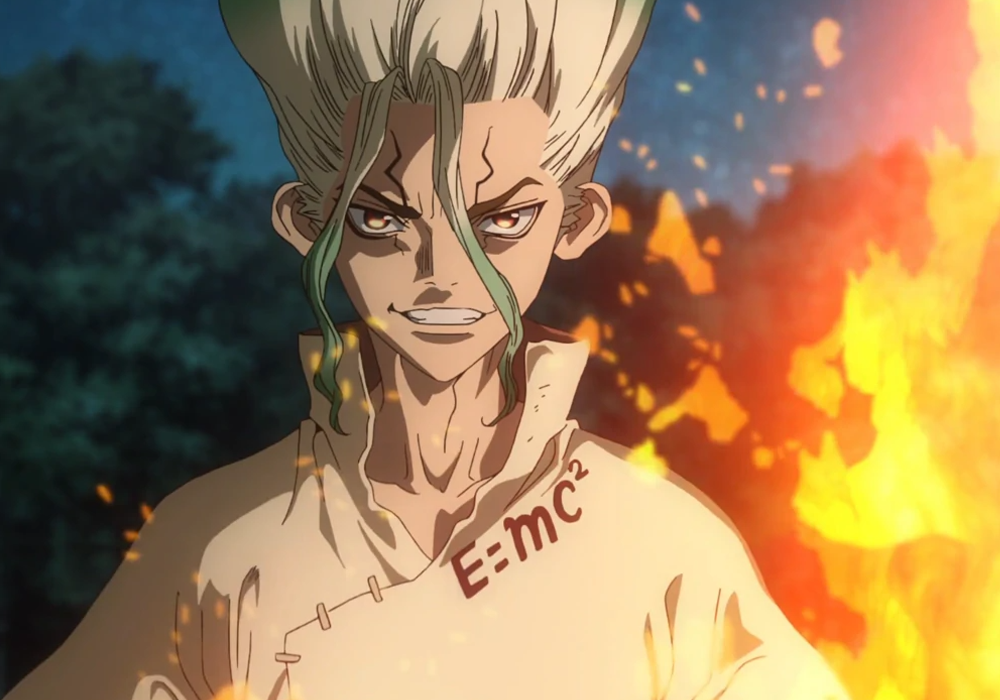 Using the power of science, Senku can overcome even the hardest obstacles, especially in a world that was plunged into another Stone Age.

No matter the situation, he remains grounded and practical.

Capricorns have a tendency to have high standards on other people. However, Senku never belittles others who aren’t as knowledgeable as him. Good on you, Senku! 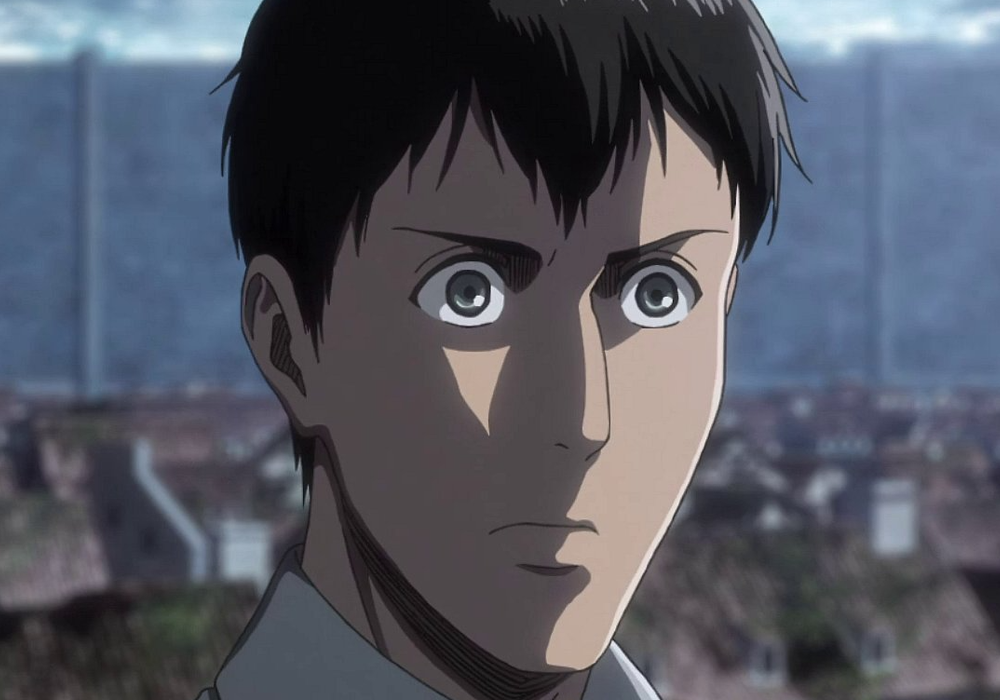 As one of the Marleyan Warriors and the person possessing the Colossal Titan, a huge responsibility was placed on Bertholdt’s shoulders.

He knew of the bloodshed he had to do when they were tasked to infiltrate Eldia.

He later tearfully admitted they all felt guilt and remorse of the betrayal they had done. 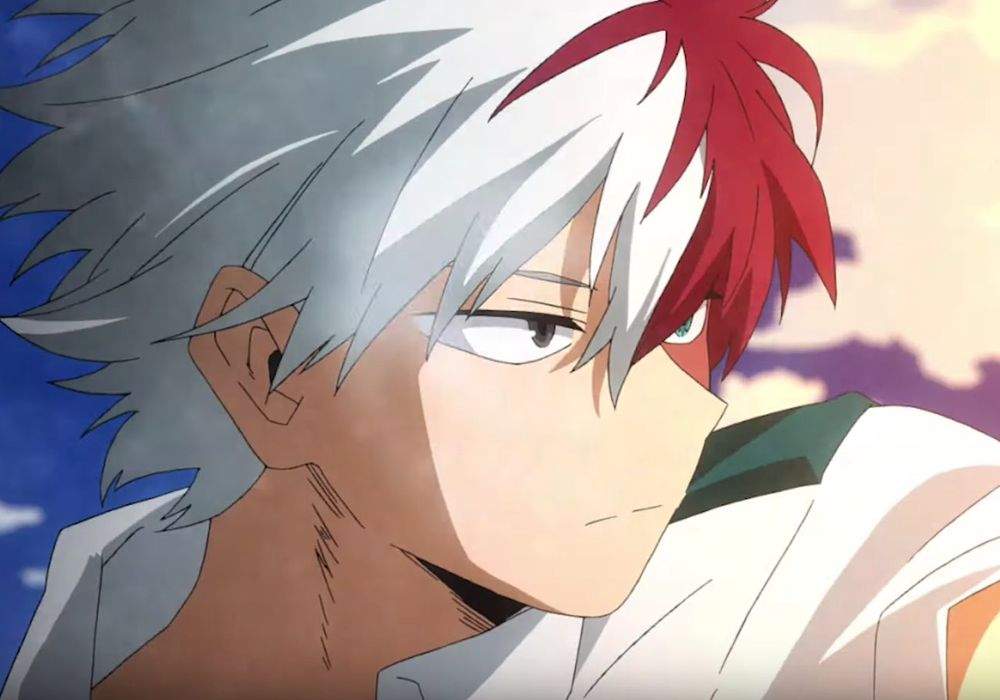 The abuse and mistreatment that Todoroki suffered at the hands of his father made him hate his dad. As a way to reject him, he stubbornly refused to use his fire quirk, which he inherited from his father.

Capricorns can be quite stubborn with how they do things.

It wasn’t until Midoriya made him see things in a different way that he realized he shouldn’t let his father have a hold of his emotions that way. 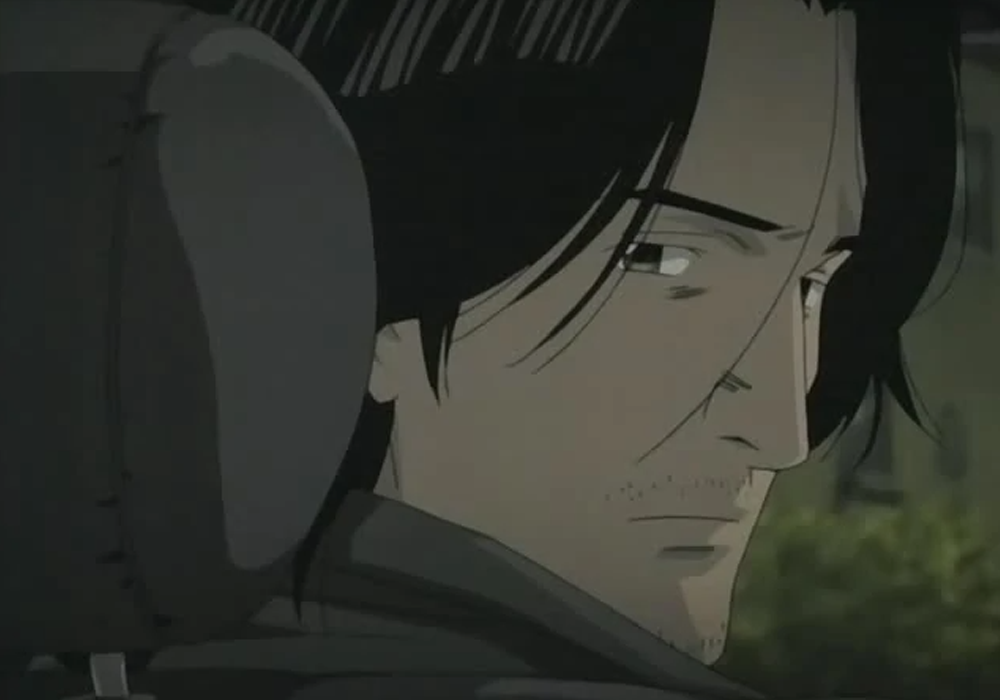 Not only is Tenma a skillful and renowned surgeon, but he also has a compassionate heart with a great sense of fairness and responsibility for all patients.

Which is why when he was asked to unfairly operate on another patient again, he refused and did the right thing. Unfortunately, this triggered a series of events that turned his life upside down. 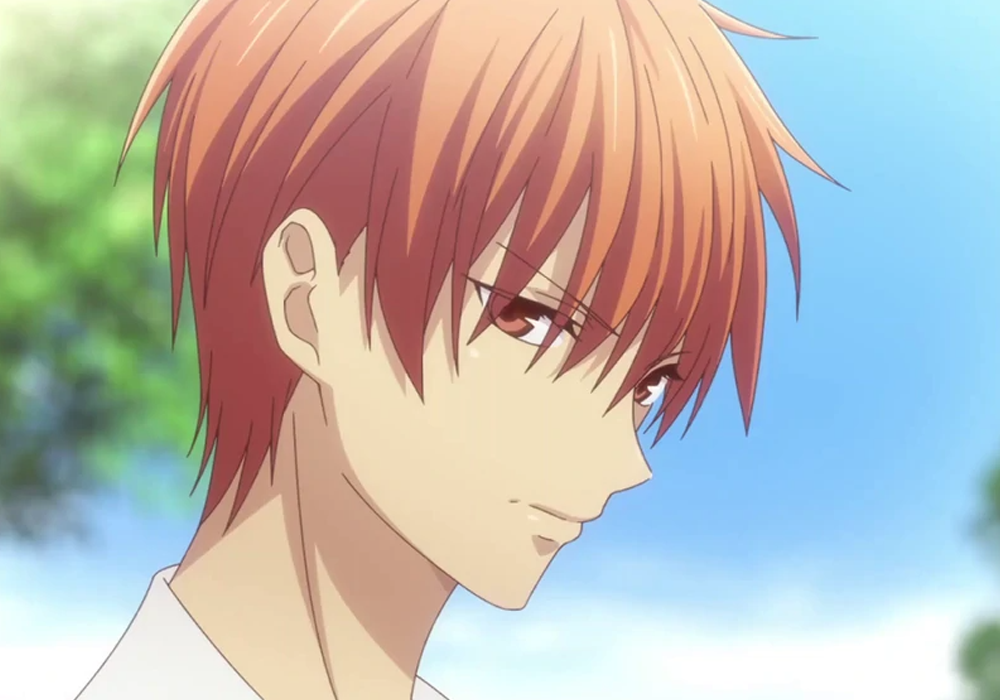 Inheriting the cat curse has made Kyo’s life far from perfect.

He has always seen the pity, mistreatment, and hurt this curse has caused him and others.

Focusing on this negativity made Kyo push people away. He inadvertently hurt his adoptive father and even Tohru.

But thanks to Tohru, Kyo eventually saw he is someone worthy of love. 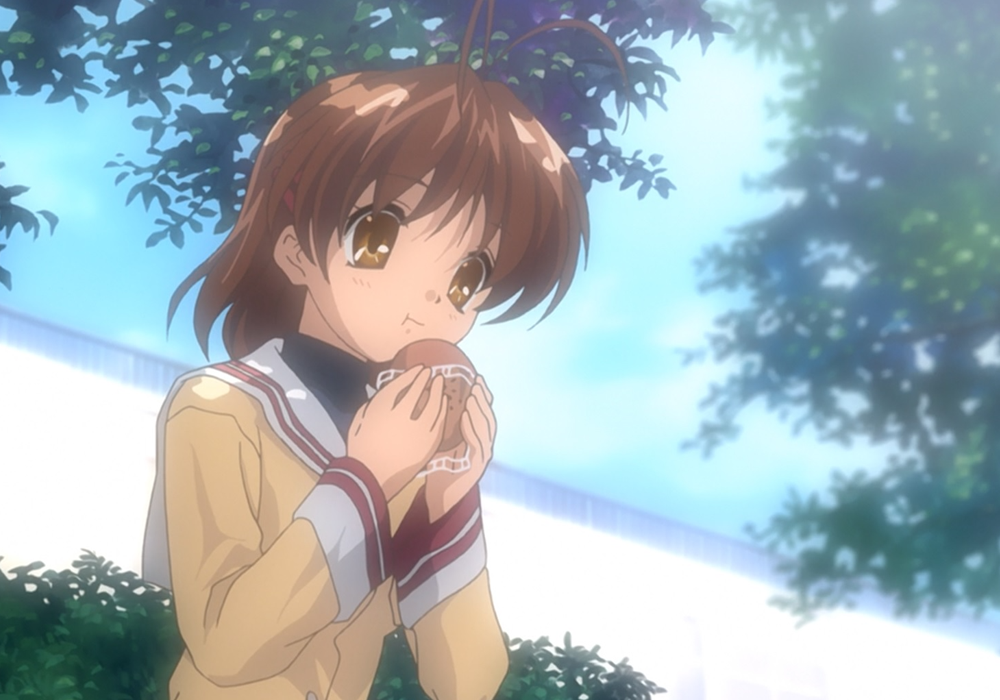 Although optimistic, sweet, and kind-hearted, Nagisa has a tendency to focus on the negative side of things, especially when it comes to her. She thinks lowly of herself and values the happiness of others more.

So when she had to take a break from school due to her illness, it took a considerable amount of cheering herself up to motivate herself to go back to school.

Guess what she used for motivation? Snacks! Particularly, anpan! 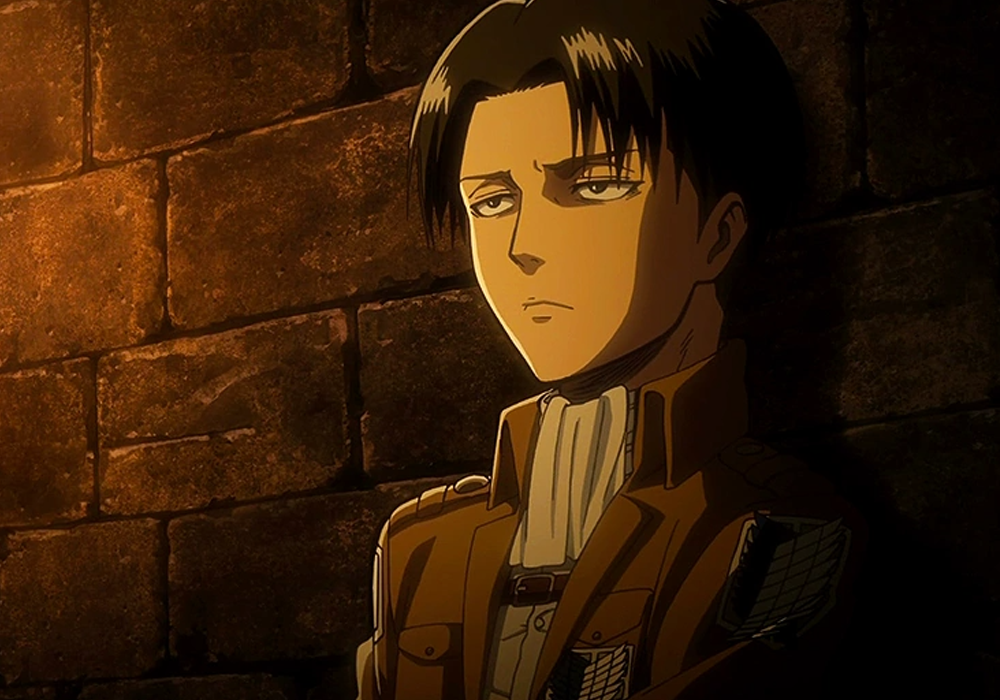 Levi shows a lot of Capricorn traits, such as tenacity and a great sense of responsibility.

His childhood years were spent in a dangerous and filthy environment, and as a kid, he would have been close to dying if it weren’t for Kenny.

Still, the tenacious Levi clawed his way out to become a capable fighter.

As Squad Captain, he might seem callous and unapproachable, but he deeply cares for his subordinates.

He knows their lives are in his hands, which is a heavy burden for him. 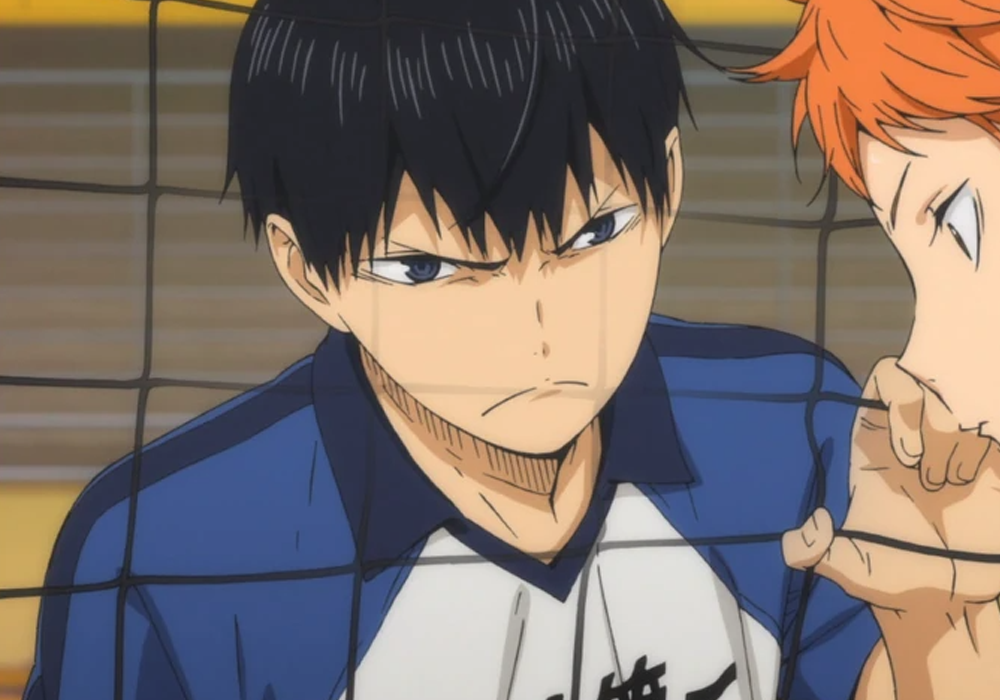 There are a lot of good Capricorn characters on our list, but the one we crown as king is Kageyama due to him possessing a lot of positive and negative Capricorn traits.

This isn’t a diss on his “King of the Court” title. In fact, we respect how Kageyama managed his negative Capricorn traits and let the positive ones continue to blossom instead.

Kageyama started off as an arrogant player who looked down on others due to them not passing his high standards. He was stuck in his ways and couldn’t understand why others couldn’t keep up.

Thankfully, he learned the error of his ways with his Karasuno teammates.

He learned to work with others and became open-minded and understanding.

He is naturally a hard worker and trained a lot to perfect his duo moves with Hinata. His ambitiousness also helped push Karasuno to reach their volleyball dreams.