We have more anime zodiac articles in store for you! This time, we’ll let the moon crabs scuttle in.

A moon protector, you say? How about a caring time traveler? Or, and bear with us, what about a ruthless young assassin who’s a softie to his best friend?

Yep, those are our Cancers for today. For this article, we’re featuring the best Cancer anime characters from different anime shows over the years.

Those who are born from June 21 to July 22, under the tropical and western zodiac calendars, get the Cancer star sign. 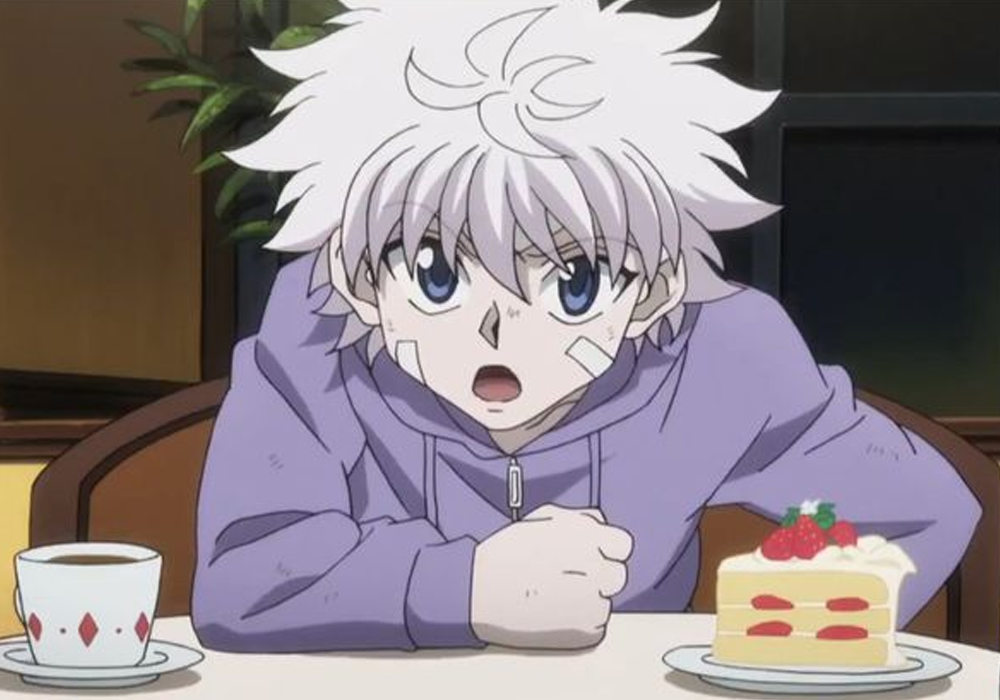 Cancer is the fourth sign in the zodiac. The moon is its ruling planet, so you sometimes see people with the Cancer star sign being referred to as moon children.

The most common symbol that represents it is the crab. Sometimes, you see lobster, crayfish, or even scarab being used. Its element is water.

Cancers are known for their kind and nurturing nature. They are loyal, caring, and protective people with high intuition and emotional intelligence. 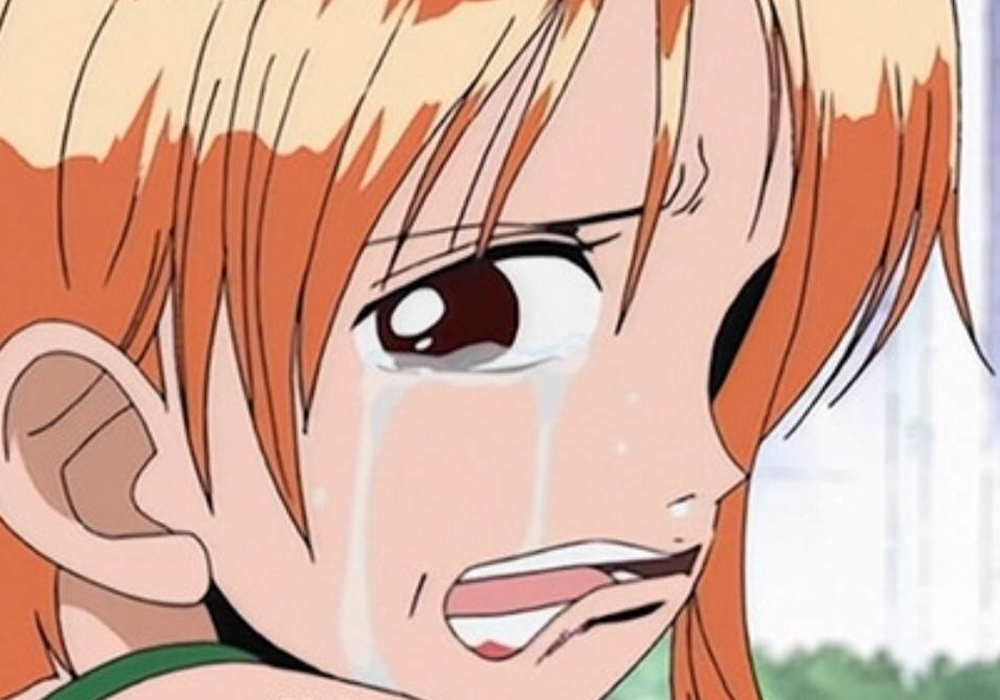 They are very emotional people — sometimes you can plainly see how they’re feeling on their faces!

And they can be like crabs that retreat into their shells and be quite introverted instead.

But if they go overboard with their emotions, they can get moody, sensitive, vindictive, and crabby (heh). Some say their emotional changes are like the phases of the moon.

As long as they are aware of these problems, Cancers are wonderful people who can be tuned in to their own emotions and others.

Once you get a Cancer’s trust, they will be there for you for life! 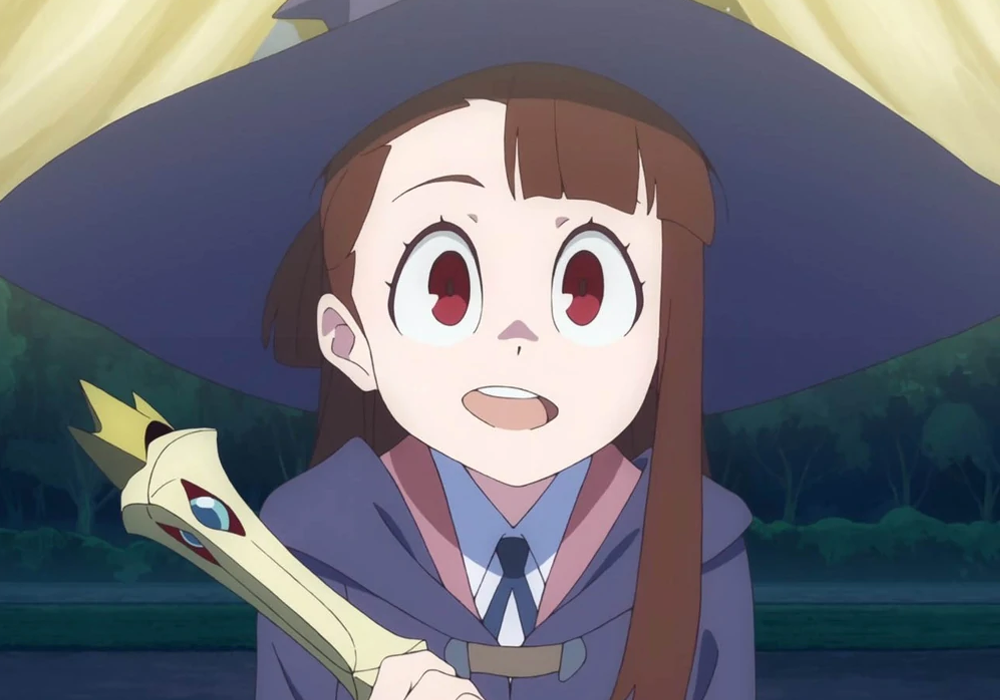 This very lively and animated witch easily shows her emotions on her face!

Akko might be quite an upbeat witch-in-training that keeps getting into trouble, but she does care for her friends deeply.

She’s willing to risk herself to protect them – even her rival frenemy Diana!

And when she got into an argument with Sucy and Lotte, she tried to make up with them the best way she could.

She aims to be a great witch like her idol, but she has to survive witch school first. 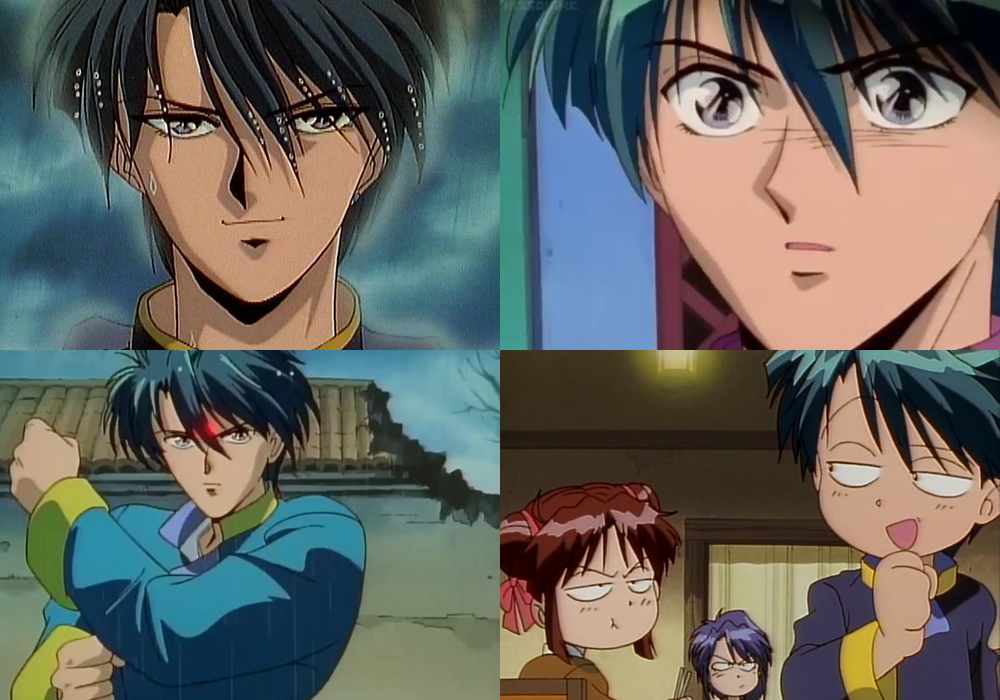 Upon first meeting, Tamahome gives off an aloof and distant vibe. He doesn’t seem too friendly at all! Cancers seem to need time to open up from inside their shell.

Later, you find out that he just wants to focus on making money for his family. As the sole breadwinner, he has to provide for his younger siblings.

But knowing he’s one of the Suzaku warriors, he later pledged his loyalty to Miaka and was her ultimate protector. 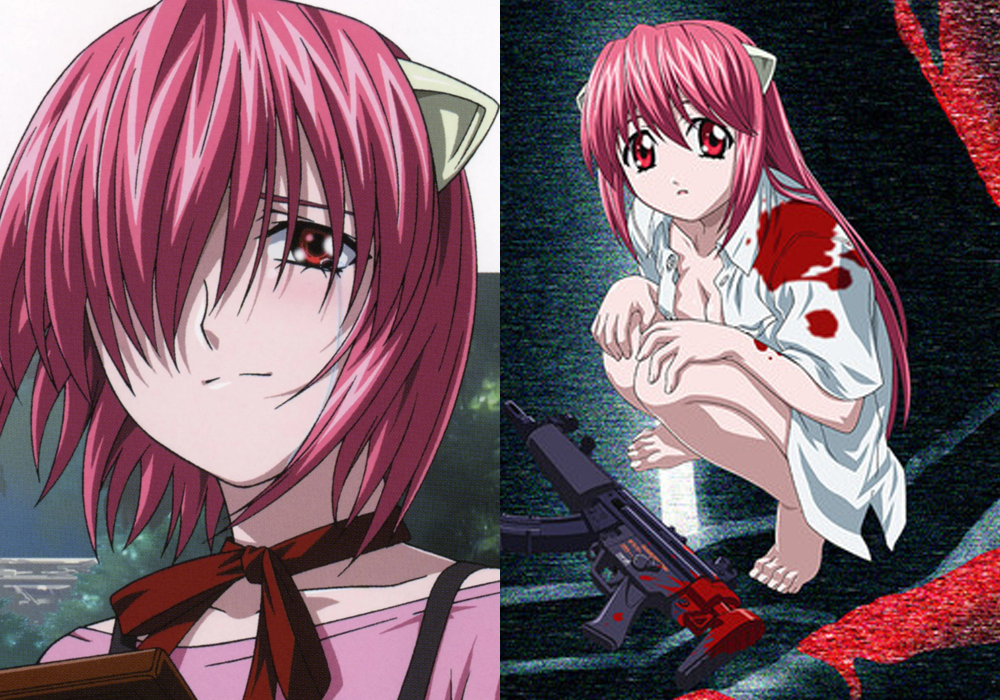 Due to the torture and horrible experiments she underwent, Kaede’s emotional state can be in a haywire at times. This can be quite dangerous for an emotional Cancer.

But thanks to the love and care given by Kouta to her, she responds to this sentiment with her own love, loyalty, and urge to protect him. 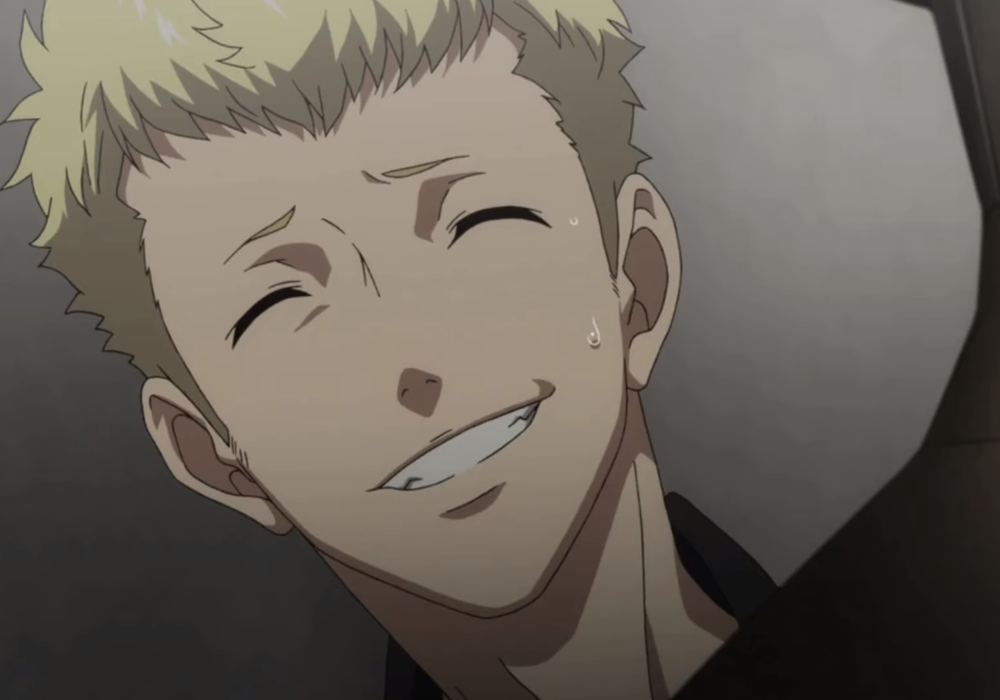 The delinquent and loud-mouthed members of the Phantom Thieves join our list!

He is definitely very expressive with his emotions, much to the amusement or annoyance of his team members.

But comedic roles aside, Ryuji carries a lot of emotional burdens from his past and family.

His friends end up helping him, and in turn, Ryuji is quite loyal to his Phantom Thieves family. 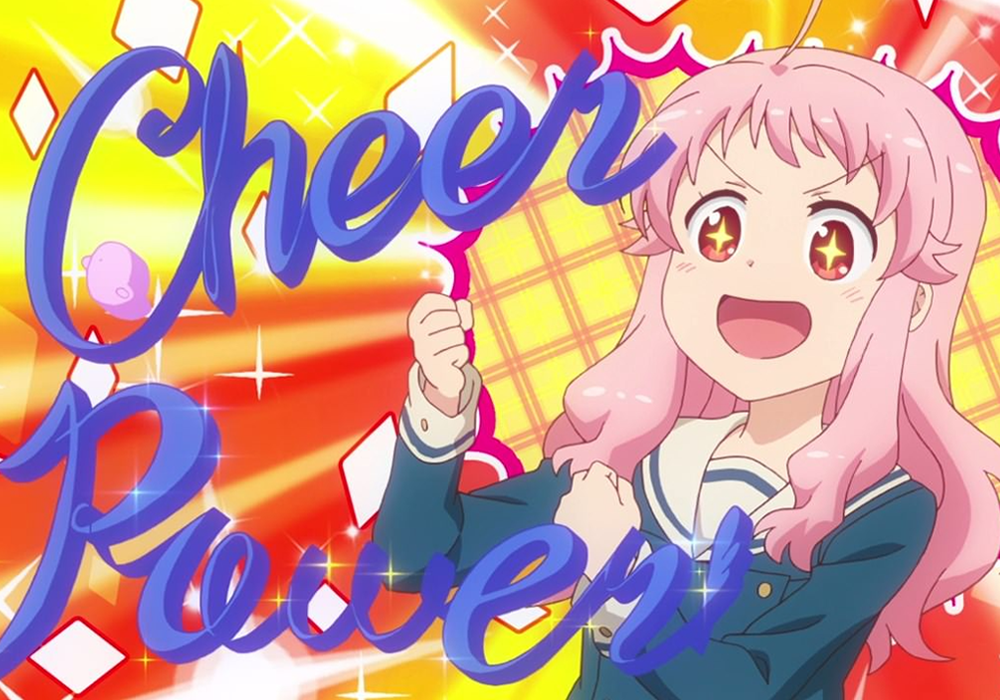 Kohane shows her caring and helpful Cancer side by starting a cheerleading squad!

After seeing her friend Hizume perform for the school entrance ceremony, Kohane gets inspired to inspire people.

She thinks that uplifting other people’s spirits can help them with their day-to-day lives.

And by jove, she’s right! This pink-haired bubbly cutie knows how to help with the melancholies using her cheer. 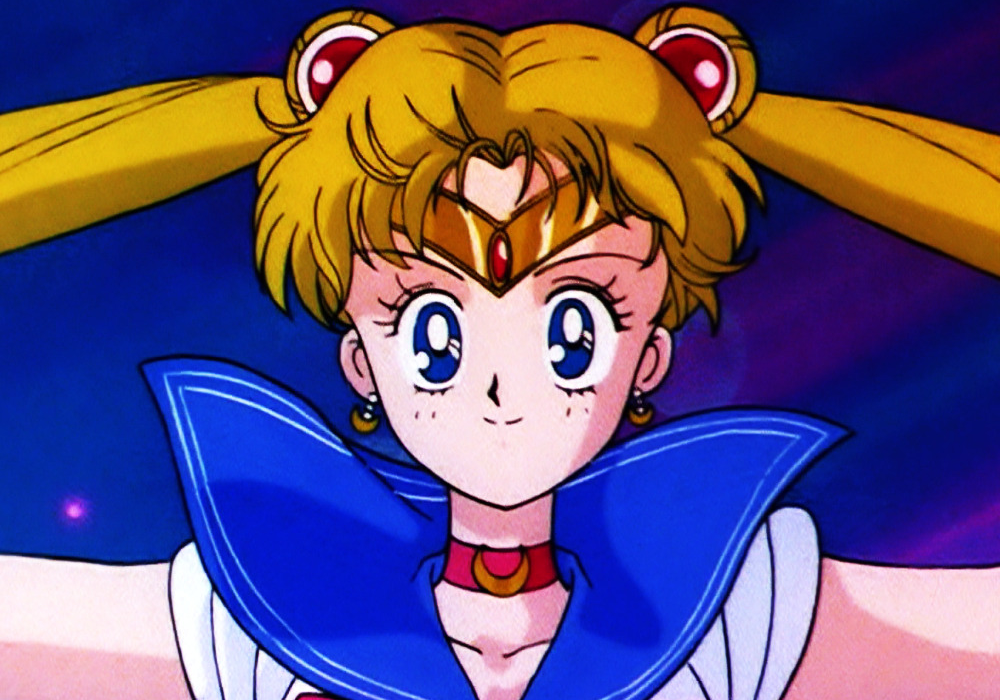 Numerous times, Usagi has displayed her tendency to be emotional and be a crybaby. Other times, she shows her cheerful side and propensity for snacks and goofing off.

But when it comes to evil opponents and protecting people, especially her friends and loved ones, Usagi won’t back down!

Like the symbol for Cancer, Usagi is the Sailor Senshi for the moon. 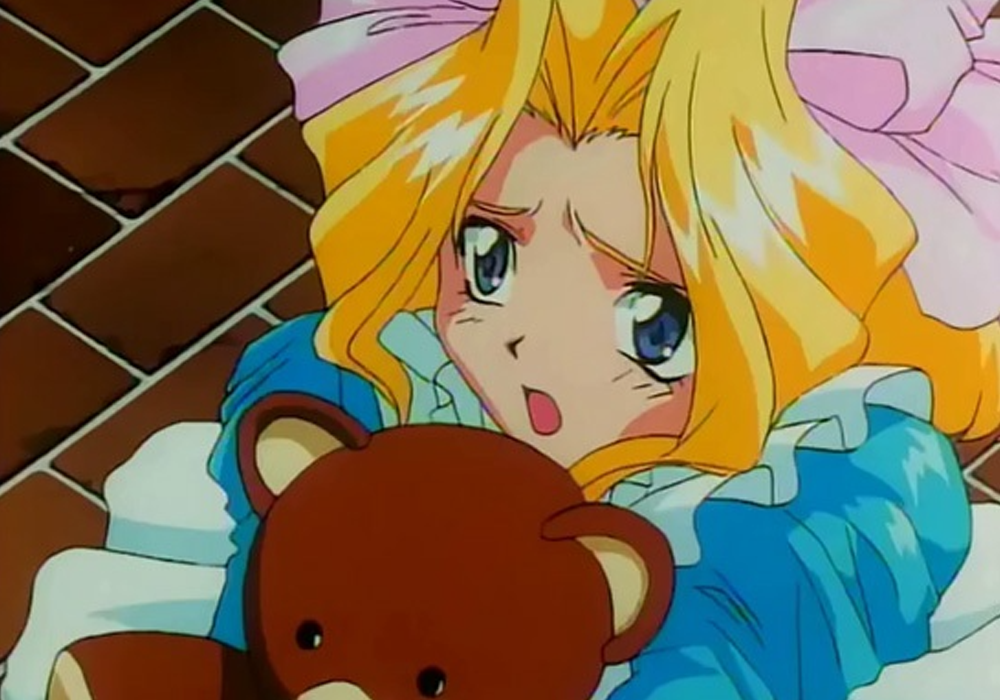 Because of her psionic Energy Amplifying powers, Iris was locked up in her room by her own parents for a long period of time. They were scared of what her powers could do.

Sadly, Iris just stayed in her room, like a crab retreating to its own shell. But thanks to Fujieda Ayame, she was taken out of her prison and brought to Japan. 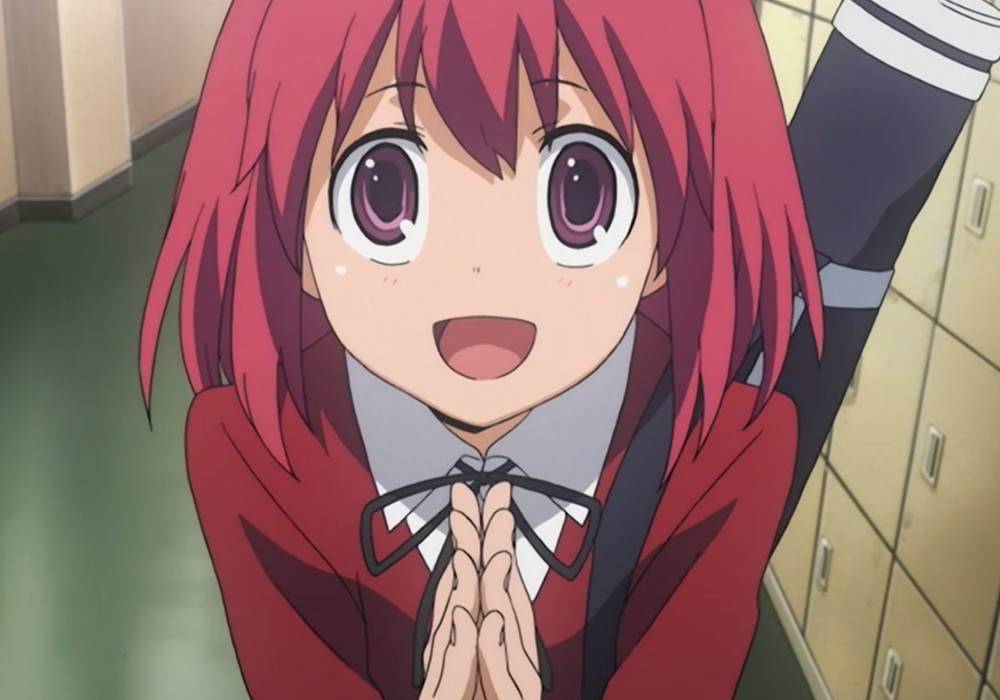 She might seem like an upbeat airhead, but Minori actually possesses high intuition and impressive emotional intelligence, which is quite fitting for a Cancer.

She was one of the first to notice and see Ryuji’s kind and gentle self. She also saw through Ami’s facade and confronted her about it.

And in the end, she puts Ryuji and Taiga’s love first before her own feelings.

There’s something quite sad about seeing a cheerful character break down and cry. It’s okay, Minorin~! 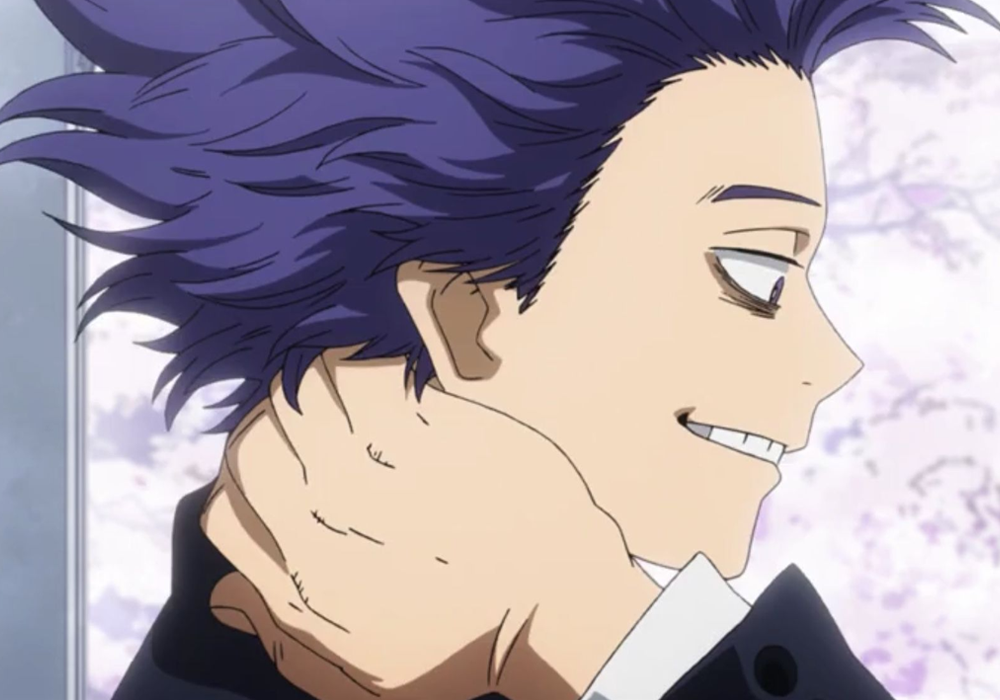 People judged Shinso based on his looks. Just because he’s more of a reserved and in-their-shell type of Cancer with a brooding expression, some people think he’s headed for the villain life.

But deep down, Shinso is a caring person who wants to be a hero who can protect people and fight on the good side. We believe in you, Shinso! 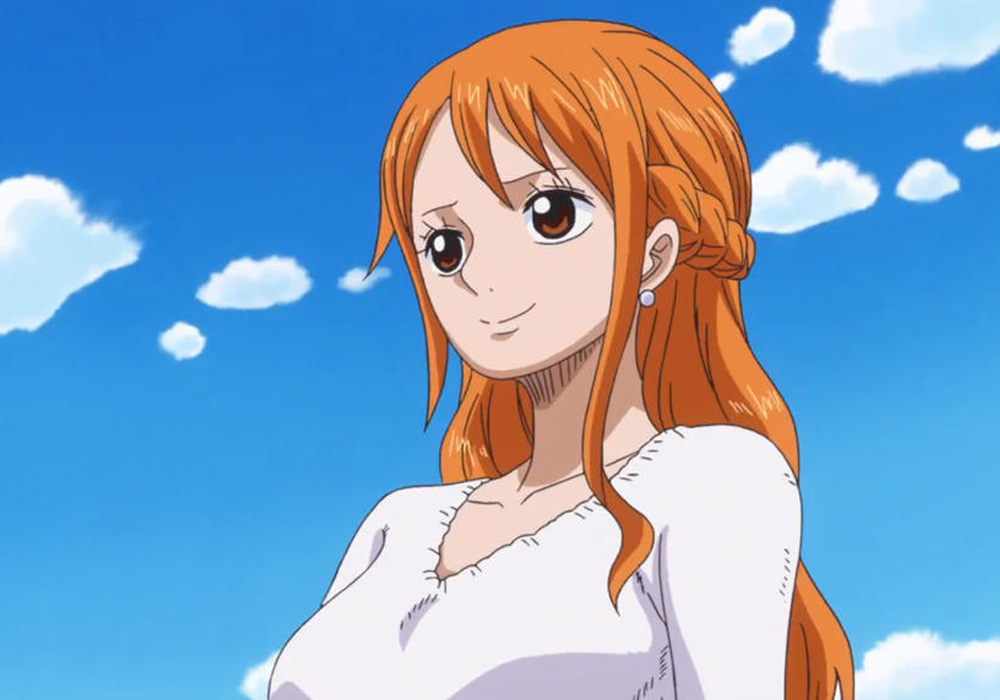 Because of Nami’s strong character, it’s always quite a heart-wrenching scene when you see her cry.

The first instance we see this was when Arlong threatened her home, and she cried and asked Luffy for help.

Nami rarely opens up her shell like this and becomes vulnerable.

However, when she does and sees the person responding to her call as someone genuine, she will pledge her loyalty right then and there.

This is what happened between her and Luffy, and also the reason why their friendship is quite strong. 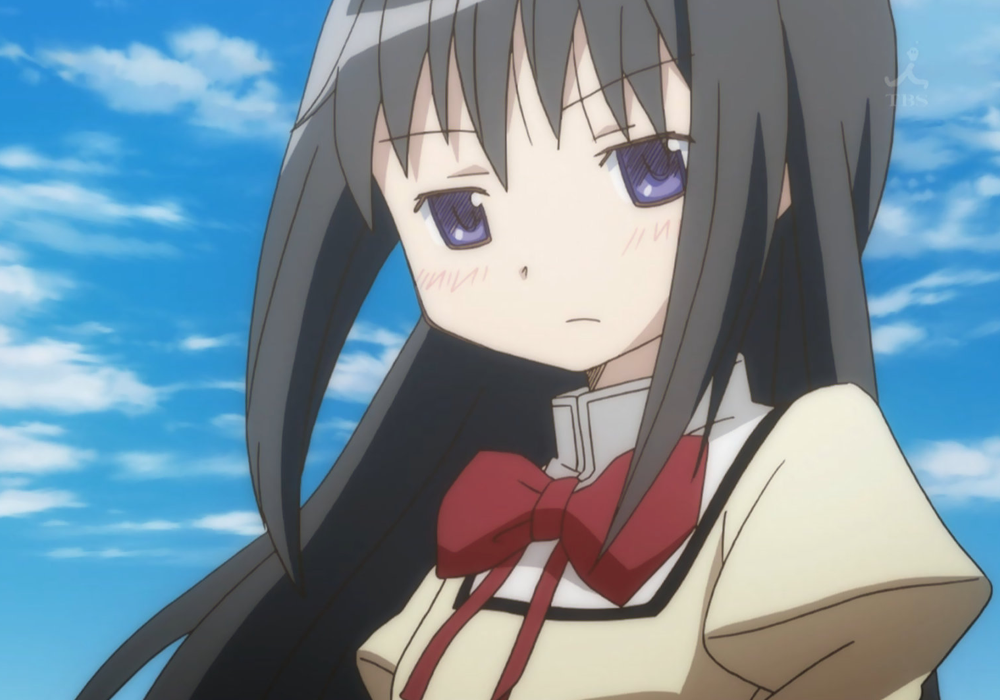 The stoic gunslinger magical girl we see is not actually Homura’s original personality.

In a later flashback, we see her as a reserved girl who was sickly and had a hard time opening up to people.

But thanks to Madoka, she inspired Homura to come out of her shell and gain friends.

We all know what happened to their magical adventures after. Even though she became cold and aloof later on, she remained true and loyal to Madoka.

Just to protect Madoka, she will do anything, even live through things again and again. 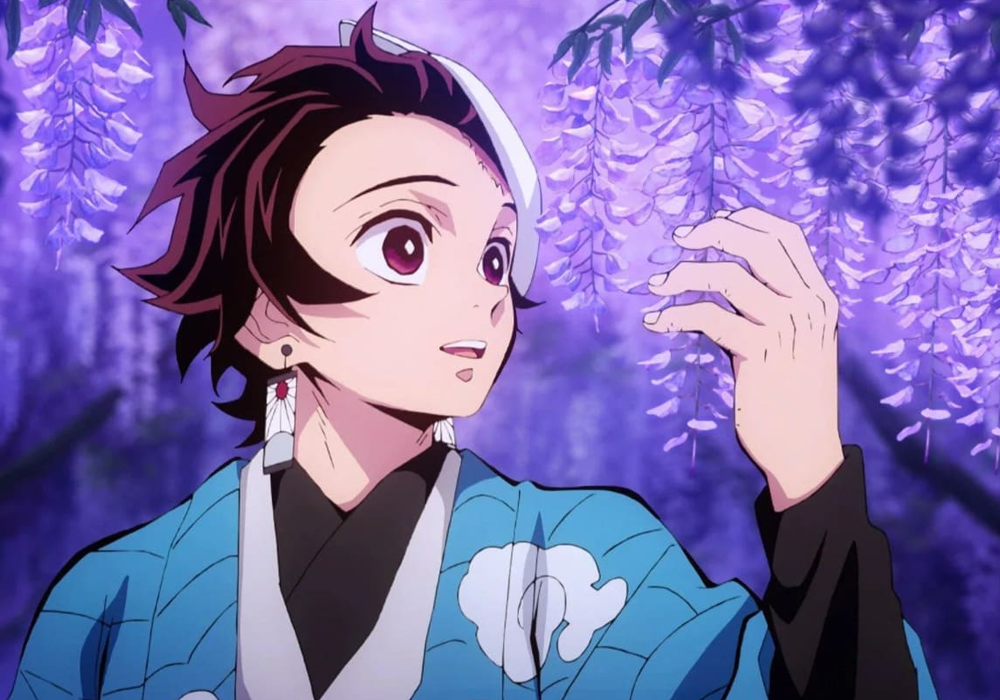 Just like a lot of Cancers, family is important to Tanjiro. That is why, even though his sister turned into a demon, he won’t stop until he can find a cure for her.

The urge to protect his loved ones is a strong Cancer trait. So despite multiple demon slayers doubting his sister and his ability to placate her, he won’t back down from protecting his only family. 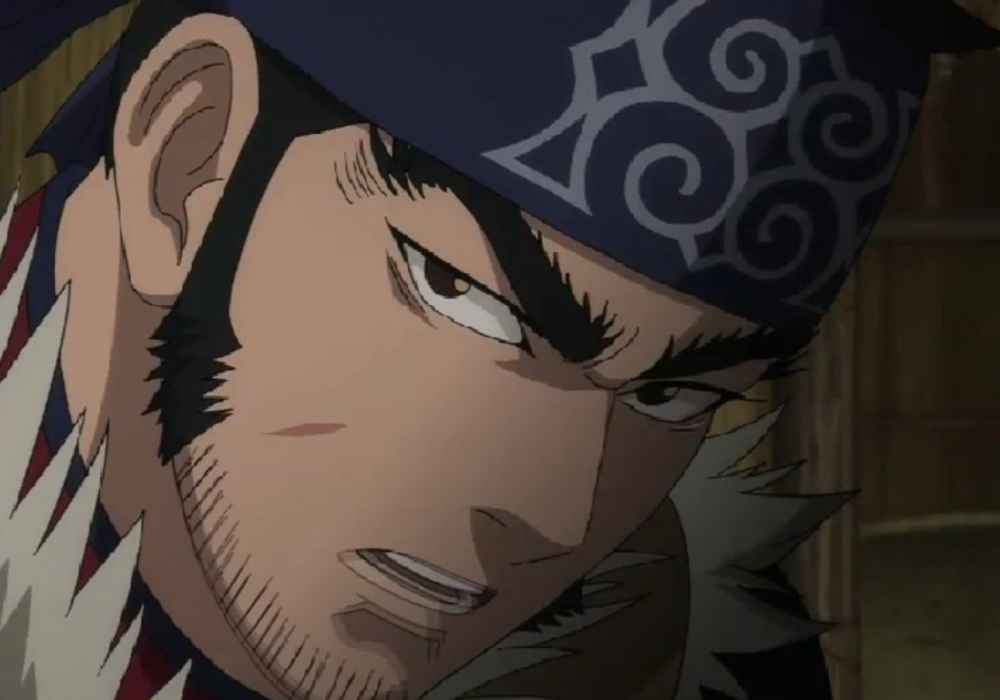 Tanigaki Genjirou might seem like an intimidating fellow who gives off an aloof and fierce vibe all the time.

But the reality is that he is a kind and caring man who just wants to grieve the loss of his family and find justice for the murder of his sister.

He is someone who is quite righteous, as praised by the analytical sniper Ogata. That’s quite something coming from him! 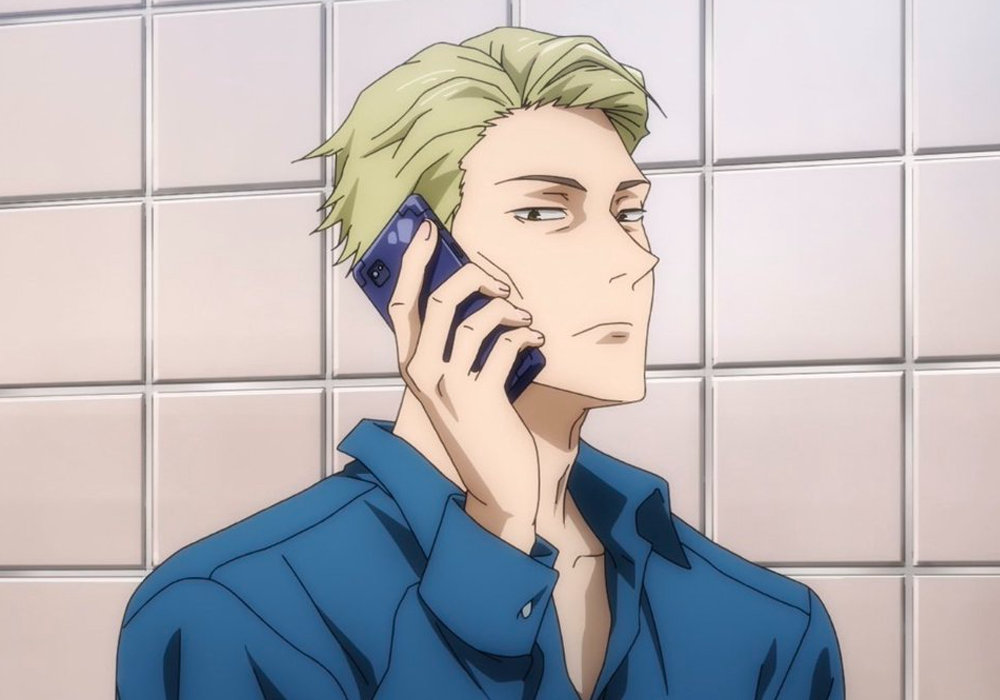 Here’s another Cancer who doesn’t seem that sociable. But don’t mistake his reserved nature for aloofness!

That’s far from the truth for workaholic Nanami.

Nanami is just a Cancer who figured out how to separate his sentimentality from his job.

He’s another loyal Cancer who is willing to risk his life for those who he needs to protect in his line of work.

And he may try to be stoic, but most of the time, you can easily see his irritation expressed on his face! 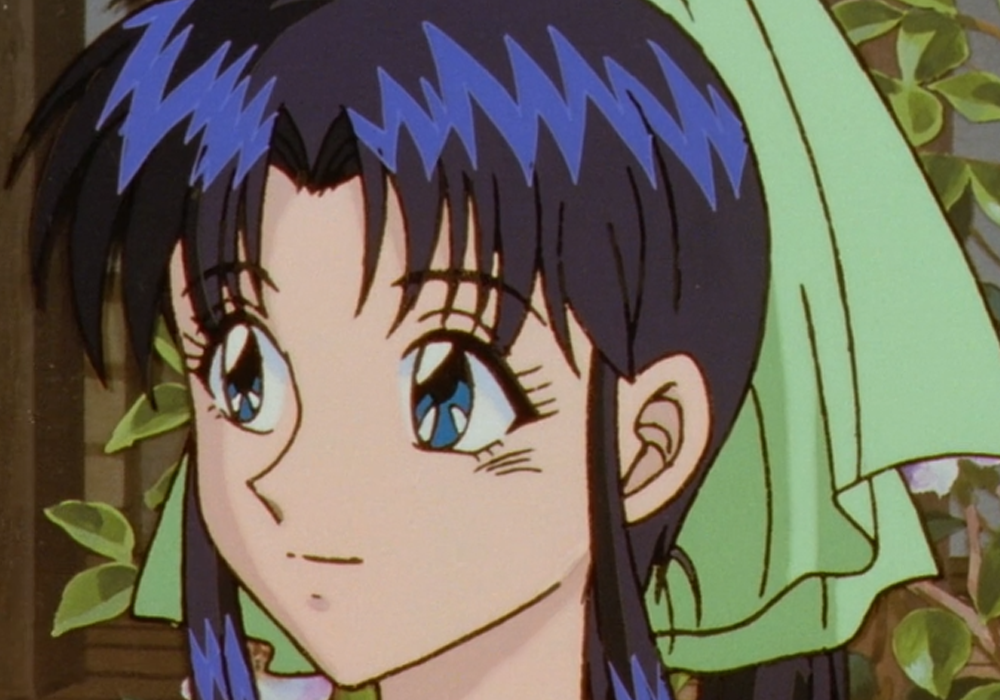 When it comes to expressing her annoyance and anger, Kaoru definitely won’t be subtle about it!

Usually played for laughs, Kaoru would butt heads with Yahiko, whom she has a sibling-like relationship with.

She also won’t hesitate to nag at Kenshin whenever he puts himself in danger. 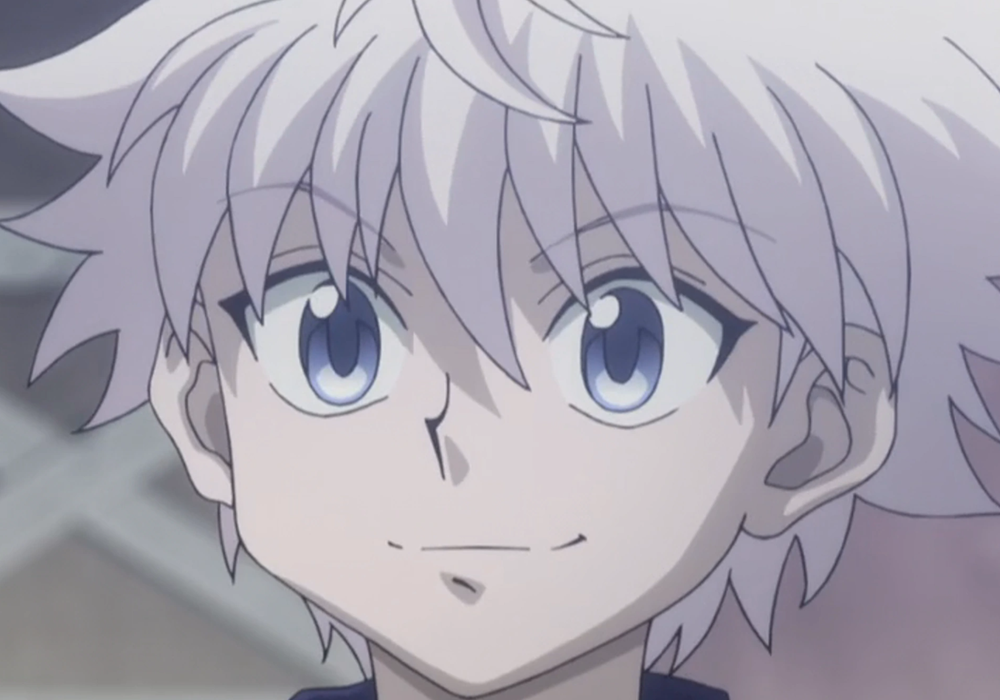 When you talk about caring, protecting, and being loyal as a Cancer, Killua shows all these to select people.

He’s normally a rebel, particularly to his family. But when it comes to Gon, he will literally do anything, even kill anyone, just to keep him safe.

This sentiment is also true for his sibling Alluka, who only trusts Killua. 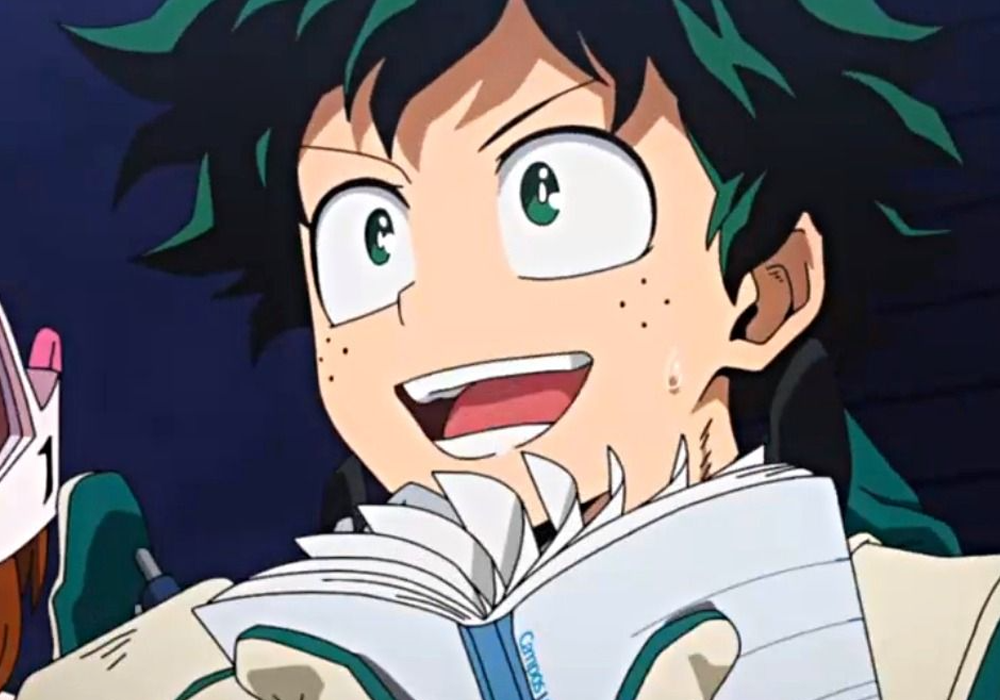 Due to All Might’s inspiring heroic acts, Izuku has always dreamed of becoming a hero who can protect the weak and fight for justice.

He finally becomes a hero student, but it’s not smooth sailing for him yet! Still, he weathers hero training, villains, and even conspiracies with his intuition.

See that notebook he holds? He has analyzed numerous heroes to figure out their strengths and weaknesses! 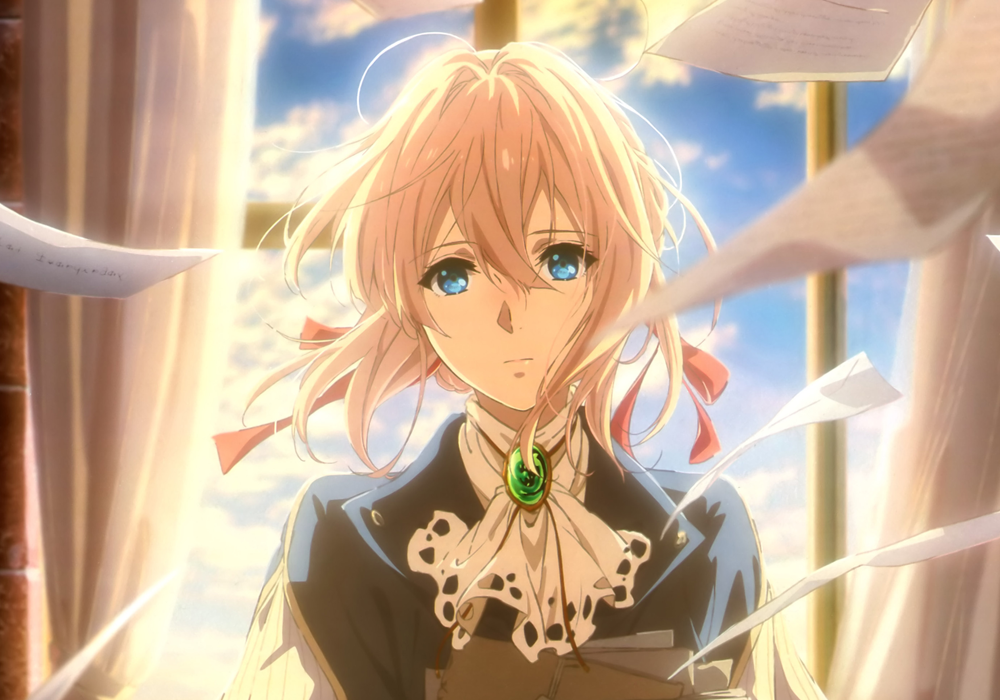 Because of unfortunate circumstances, Violet grew up in an environment devoid of any healthy emotional relationships.

The person who brought her up didn’t have any emotions at all.

And so you see her struggle to work through her feelings and understand others.

Watching Violet Evergarden is like watching a Cancer work through their emotions.

Cancers can be quite emotional, but that doesn’t mean they immediately have the emotional maturity and sensitivity for it. 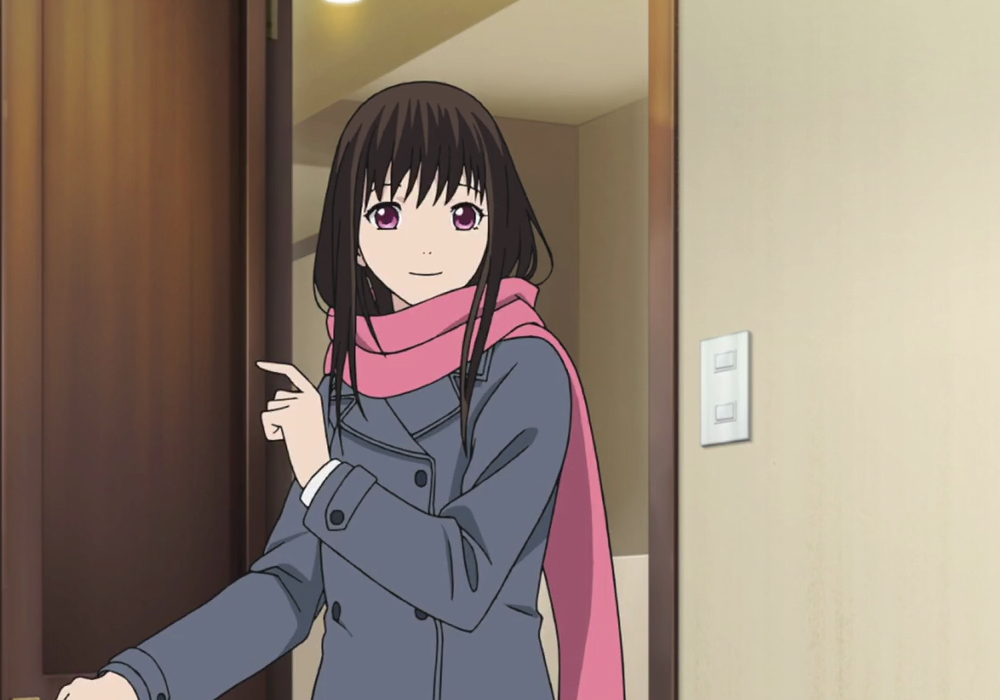 Hiyori is a great example of a selfless and nurturing Cancer. She goes out of her way to help and care for others, even though it puts her in danger.

And even though she has a tendency to be naive, like when she prepared herself to be Yukine’s caretaker, her perception and intuition of other people’s emotions and truthfulness are quite sharp.

2. Miyazono Kaori (Your Lie in April) 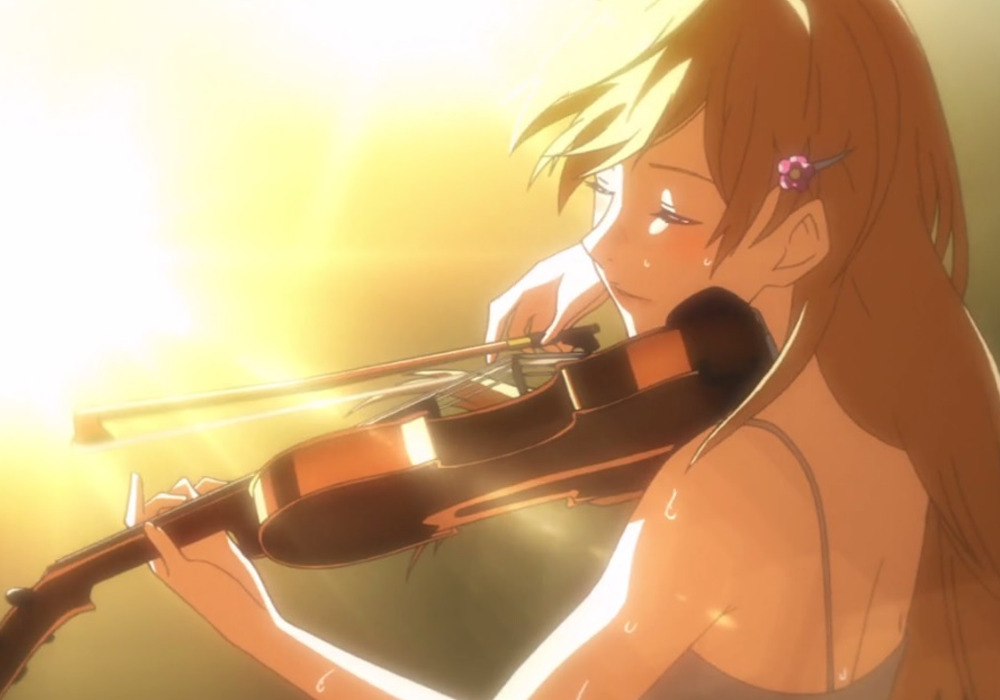 Kaori is a Cancer who uses her feelings in an artistic way. You can see her emotions course through her violin playing!

She may be technically sloppy when playing, opting not to follow music sheets and playing however she feels instead.

However, her performance dazzles and wows people because of the raw emotions in it.

She also shows her kind and caring side in her interactions with Kousei, even until the very end. 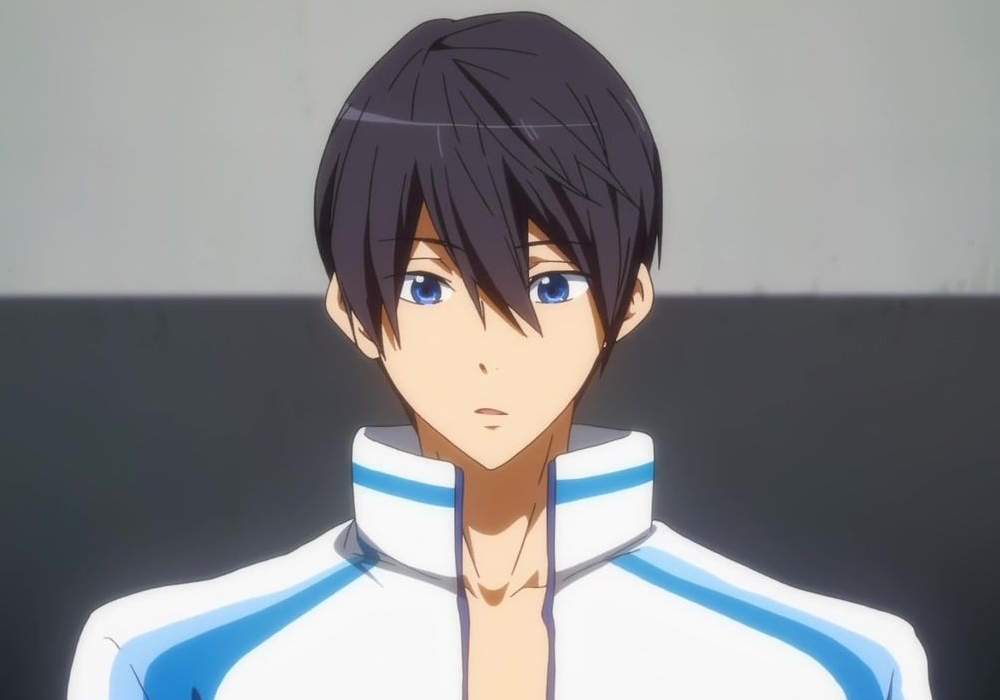 Lastly, we have the swimmer extraordinaire Nanase Haruka!

This fixation with water became a running gag in the show, like how he has his swimming attire under his regular clothes at all times!

Haruka might seem cold and uncaring at first, but deep down, he actually cares for his friends a lot.

He is very protective of them, especially towards his childhood friend Makoto.

At one point, Makoto was willing to be vulnerable to their teammates and open up about his thallasophobia.

But Haruka tried to protect his secret at first, showing great care to his dear friend.

I’m emotional just thinking about it!