We’re putting the spotlight on the best Pisces anime characters with beautiful hearts and minds!

These characters have inspiring traits that show how wonderful it is to help others. We’ve got selfless characters like Itadori from Jujutsu Kaisen and Leorio from HxH!

But we also have characters like Light of Death Note fame and Shinobu from Demon Slayer, who display the negative emotional side of this star sign.

Let’s get to know them, shall we?

Pisces birthdays are from February 19 to March 20. 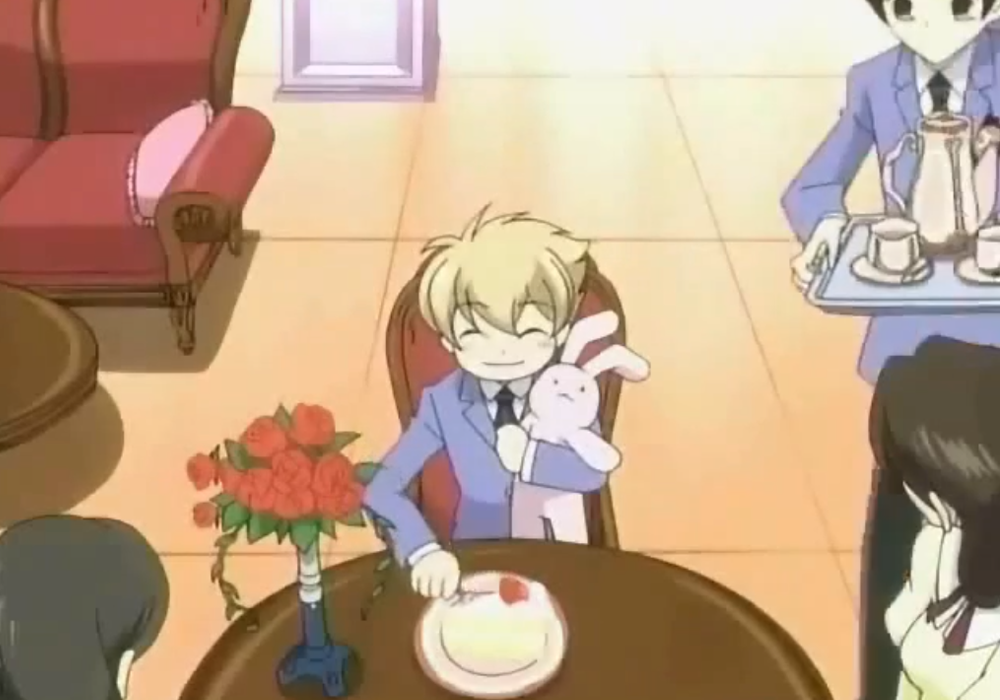 Pisces people can be summarized as such: They have big hearts and creative minds.

Their creativity extends to their imagination, hobbies, and interests. They are also big dreamers!

As such, they are usually open-minded to new ideas and concepts and can be quite understanding.

Their big hearts show immense empathy. They are super generous and helpful to everyone, and their hearts have a tendency to get easily moved and become emotional. 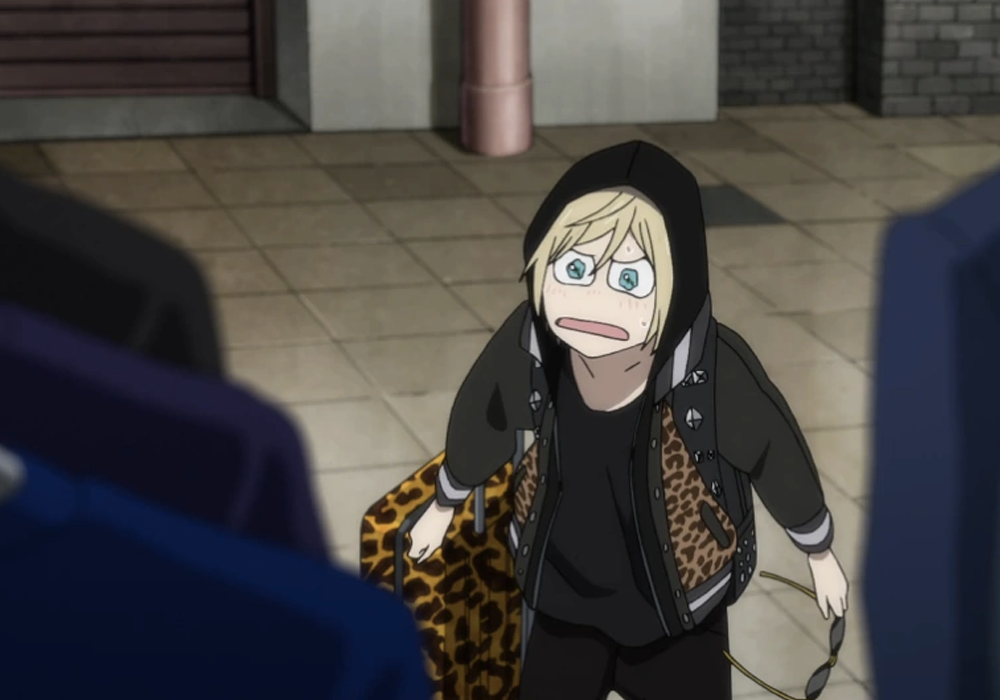 Unfortunately, these positive traits can turn negative when a Pisces gives in too much.

Having big dreams can make them idealistic and even impressionable. And their propensity for creative methods can make them veer to impractical ways.

Because of their willingness to help, they can get taken advantage of by others. Their generosity can be abused.

They might also lose their grip on their emotions and can become too moody. And because they can feel hurt too strongly, they might end up closing themselves off from people.

But dear Pisces, just keep your beautiful heart steady and weather through your emotions. Life is definitely more wonderful with you around! 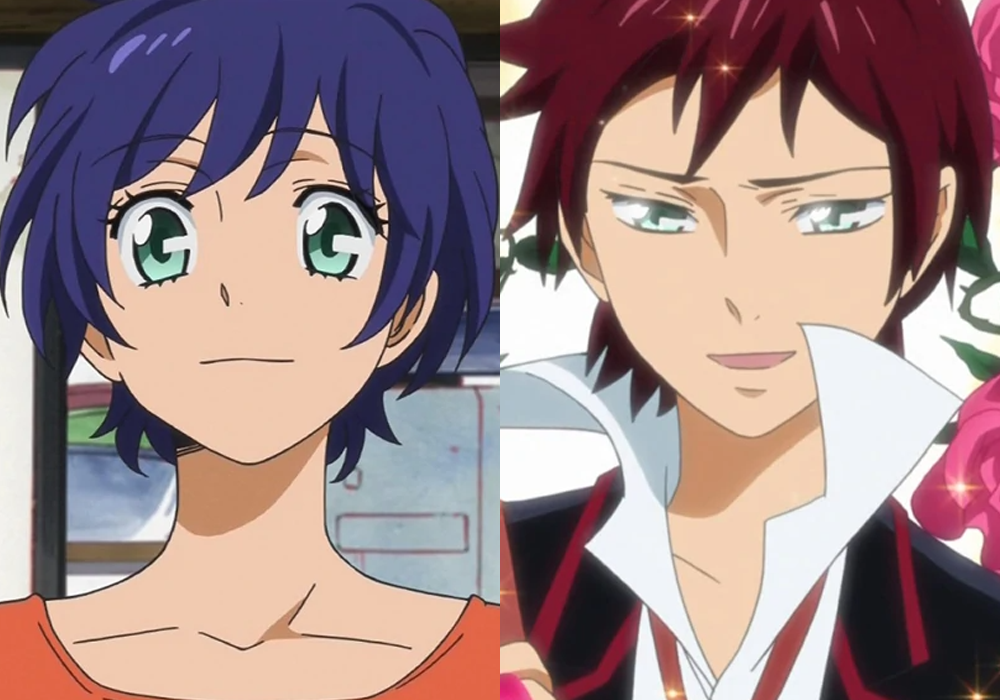 These two brothers are quite different but also similar.

Shoma, the younger brother, shows the emotional side of Pisces.

He’s the type who would wear his heart on his sleeve. Although both brothers were devastated over their sister’s situation, you can immediately tell with Shoma.

Meanwhile, Kanba is the calm one but is still a Pisces through his helpfulness. He will do anything, no matter how impractical, just to help their sister. 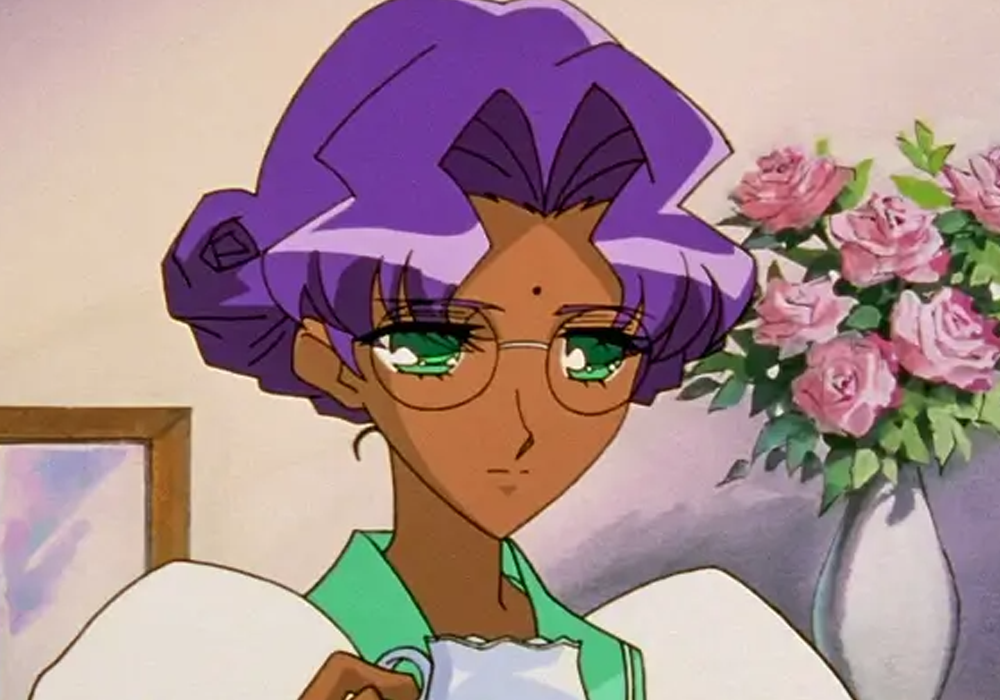 Because of her role as a Rose Bride, Anthy almost seems like a blank slate that is impressionable and just follows her fiancee’s desires and wishes.

But bubbling underneath are her dark and vengeful emotions. She felt hopeless about her situation and even closed herself off from people until Utena came into her life.

Anthy checks the impressionable, emotional, and being closed-off tendencies that some Pisces have. 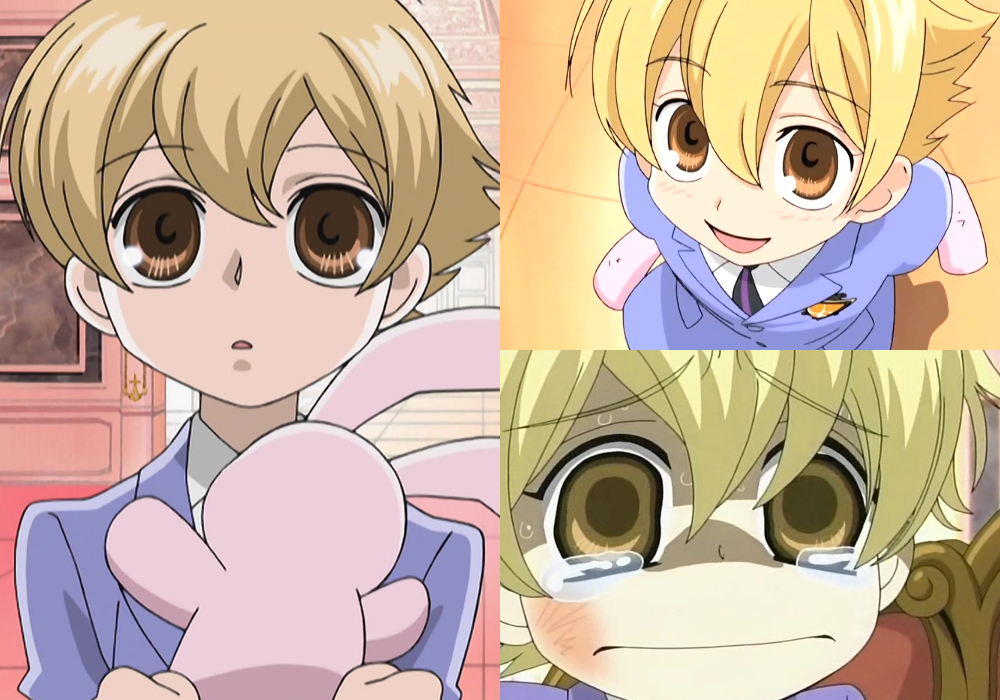 On the surface, Honey might seem naive and childish, but he’s actually a very empathetic, helpful, and open-minded individual.

When he found out Haruhi was a girl all along, he didn’t mind it at all!

He’s also very perceptive of everyone’s emotional states, always helping his fellow hosts to make up. He even noticed when almost everyone fell for Haruhi!

Your kind heart deserves all the cakes, Honey. 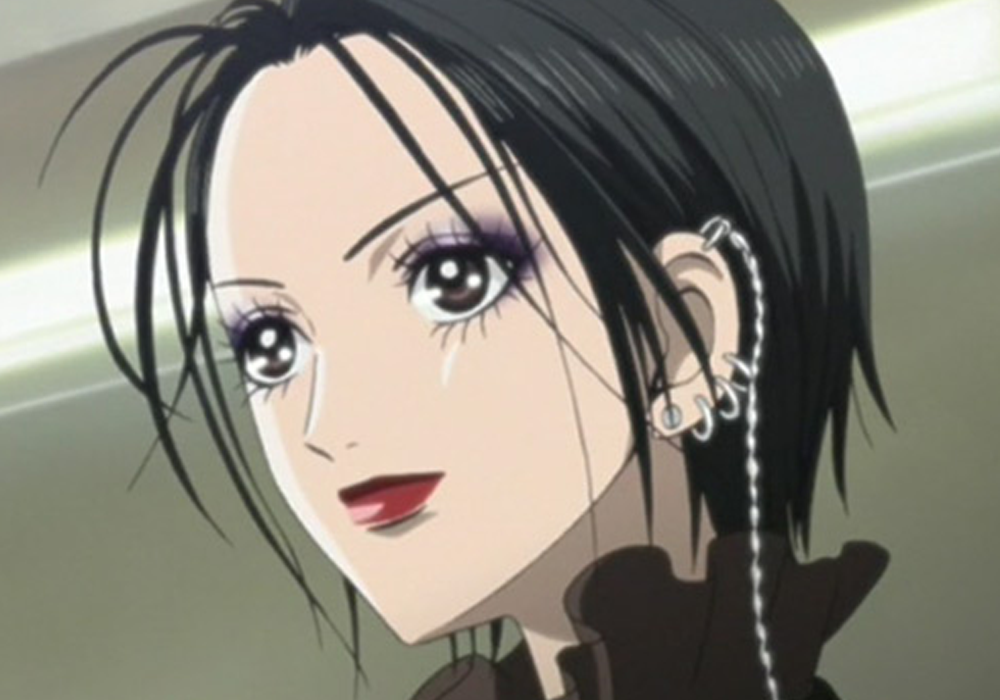 Don’t let her goth punk style intimidate you! Nana O. is far from being scary, and underneath her killer fashion sense is a kindhearted and empathetic friend.

She is always there for Nana K. through her ups and downs in relationships and life.

But like other Pisces, Nana O. has a tendency to be a bit closed off with herself, and she has even been described as a stray cat full of pride! 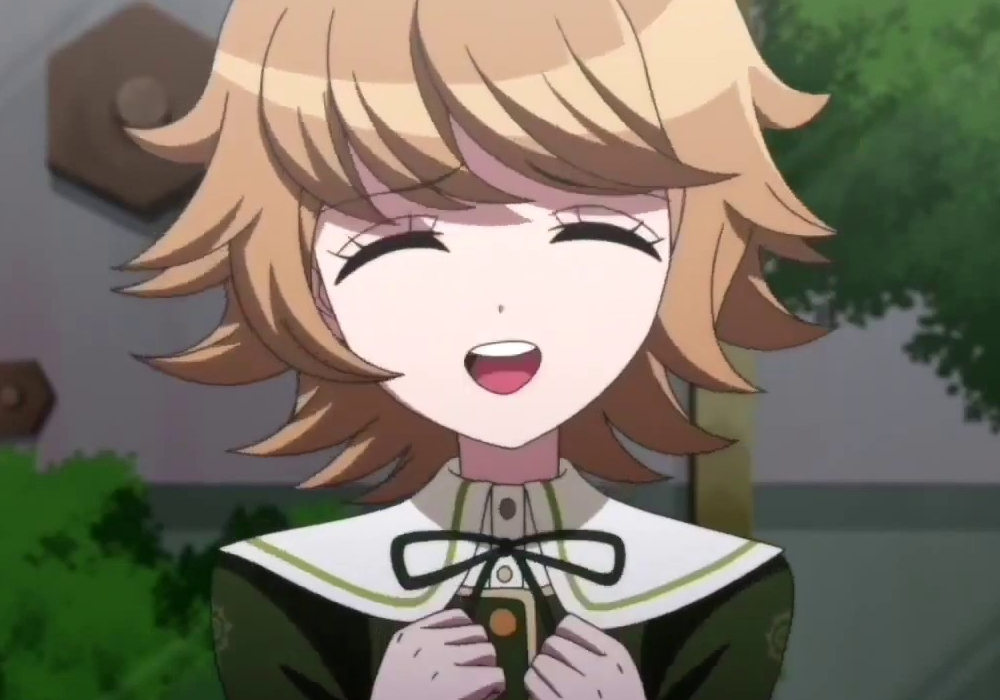 Fujisaki is a kindhearted person who is always eager to help anyone in need.

Aside from his empathetic and helpful Pisces self, he also expresses his creativity through his programming skills.

Due to being bullied and hurt in the past, he kept the secret of his true self from everyone. He thought no one would accept or understand him. 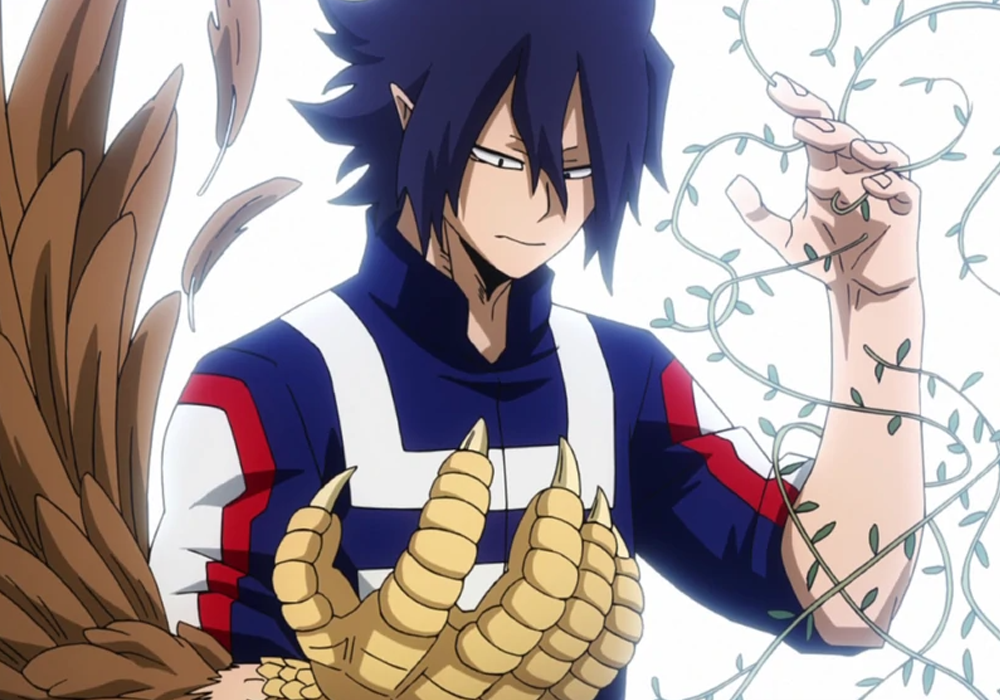 Here’s another timid Pisces! Tamaki has a tendency to be too emotionally negative and pessimistic about himself.

But when push comes to shove, he is capable of pushing himself to the limit for others!

He also showed open-mindedness and understanding to some villains when he saw their camaraderie. He empathized with them when they said they were expendable for Overhaul.

Tamaki sees your worth, even if you’re one of the villains! 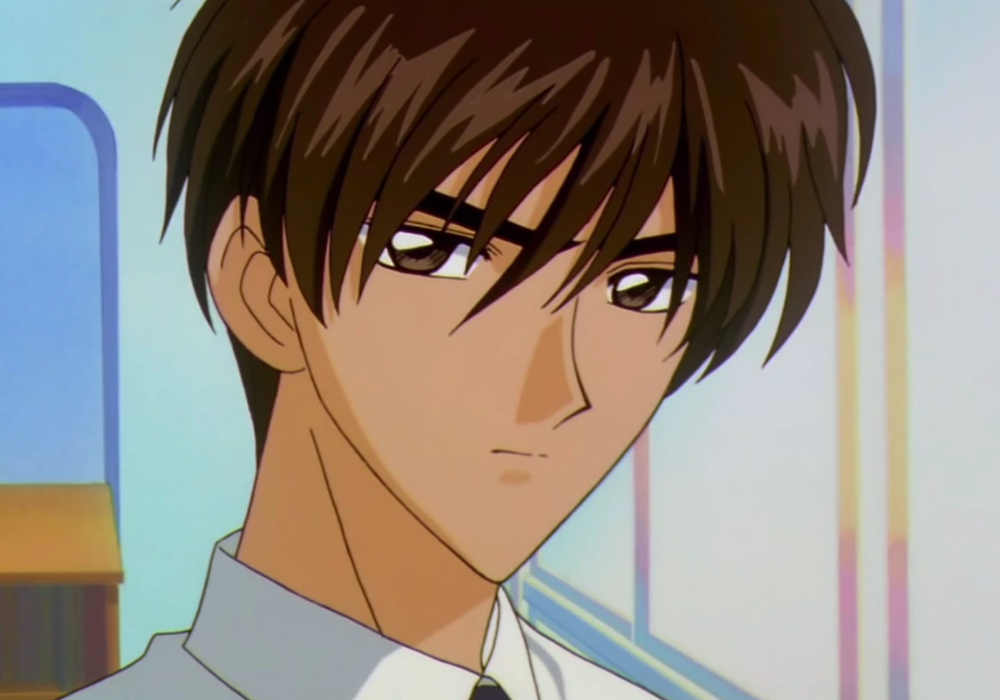 If you’re looking for a dependable Pisces big bro, look no further.

Even though Sakura kept her Cardcaptor adventures from her brother, he eventually found out due to a Pisces’s emotionally perceptive nature.

But he knew Sakura wouldn’t want him to worry, so he kept it a secret but still watched over her in case she needed help.

At one point, he helped Sakura’s Mirror Card stand in, and the card was so grateful for his kindness that she kept the ribbon he gave her. 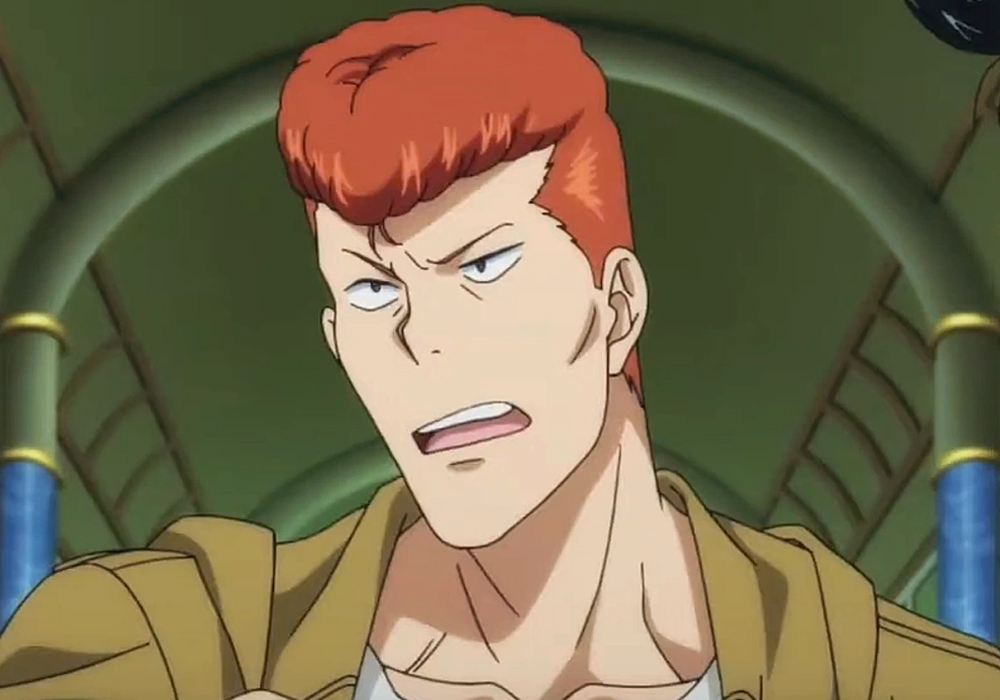 This rival turned ally is a dependable Pisces through and through!

Kuwabara started out as Yusuke’s brawl challenger, but he eventually got entangled with the underworld when his high Spirit Awareness made him talk to Yusuke’s spirit.

Despite Kuwabara’s hot-blooded and loud personality, he’s actually considered as someone with the kindest heart among his team.

He will do anything for love and friendship and has a very soft spot for cats, especially his kitten Eikichi! 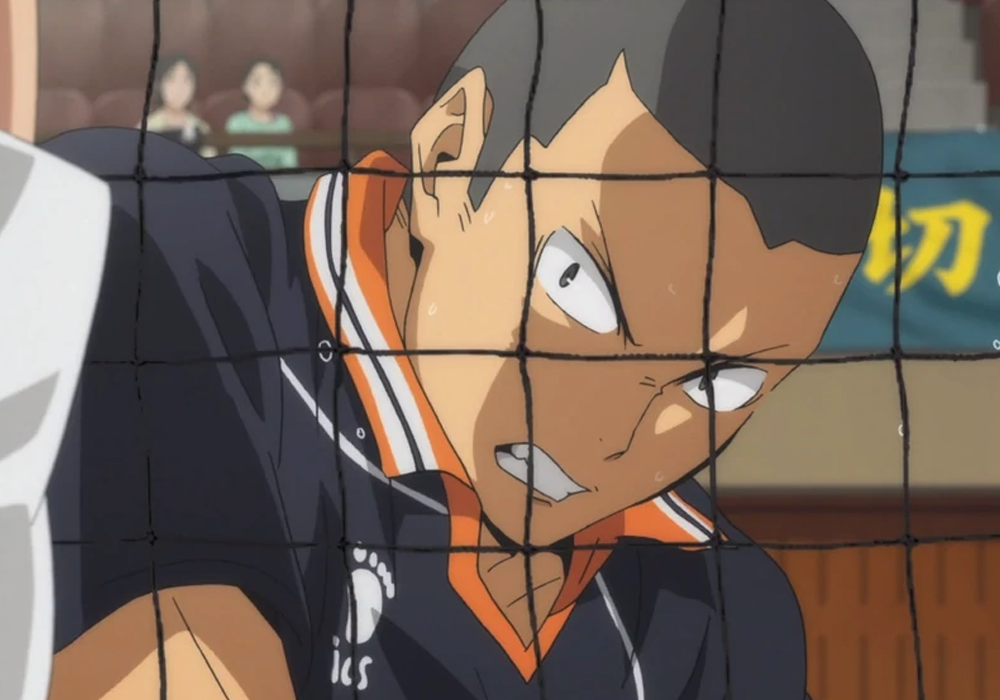 Here’s another hot-blooded Pisces with a generous heart!

When Hinata and Kageyama had to prove that they were worthy of being accepted to Karasuno’s volleyball team, Tanaka teamed up with them and even helped them train. He even woke up very early just to practice with them! 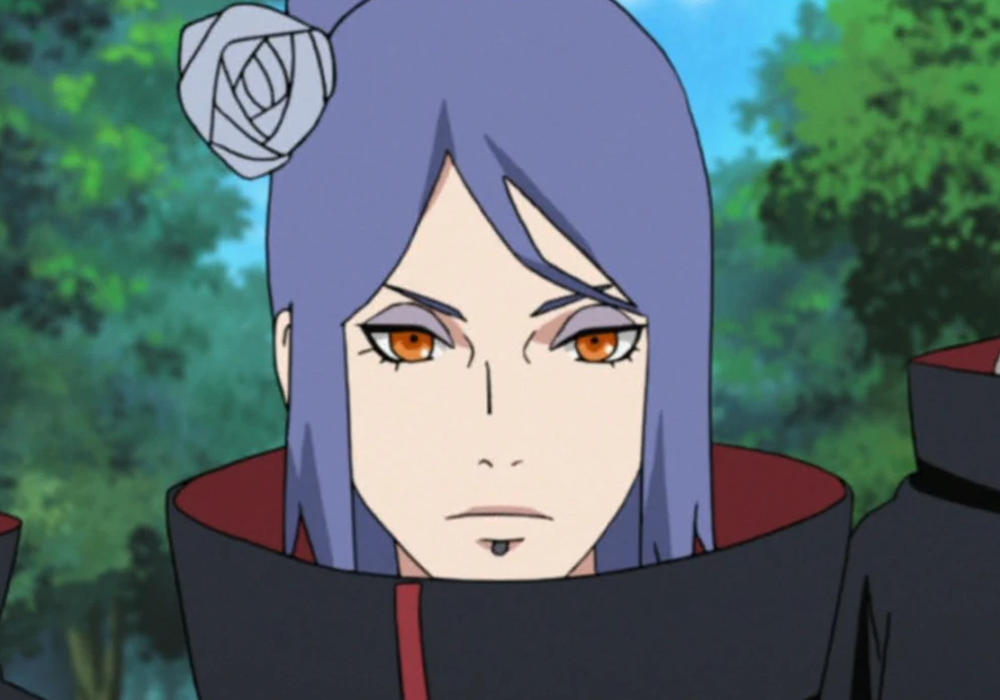 Konan is considered as the most empathetic among the Akatsuki members. She’s usually calm and stoic, but like other Pisces, she doesn’t hesitate to show her emotions, especially when she remembers her past.

She is also highly perceptive to Pain’s emotions. Even though he doesn’t outright say or express what he’s feeling, she notices and understands them.

One notable example of this was when she immediately noticed that something bothered Pain when he was asked to capture the Nine-Tailed Demon Fox by Tobi. 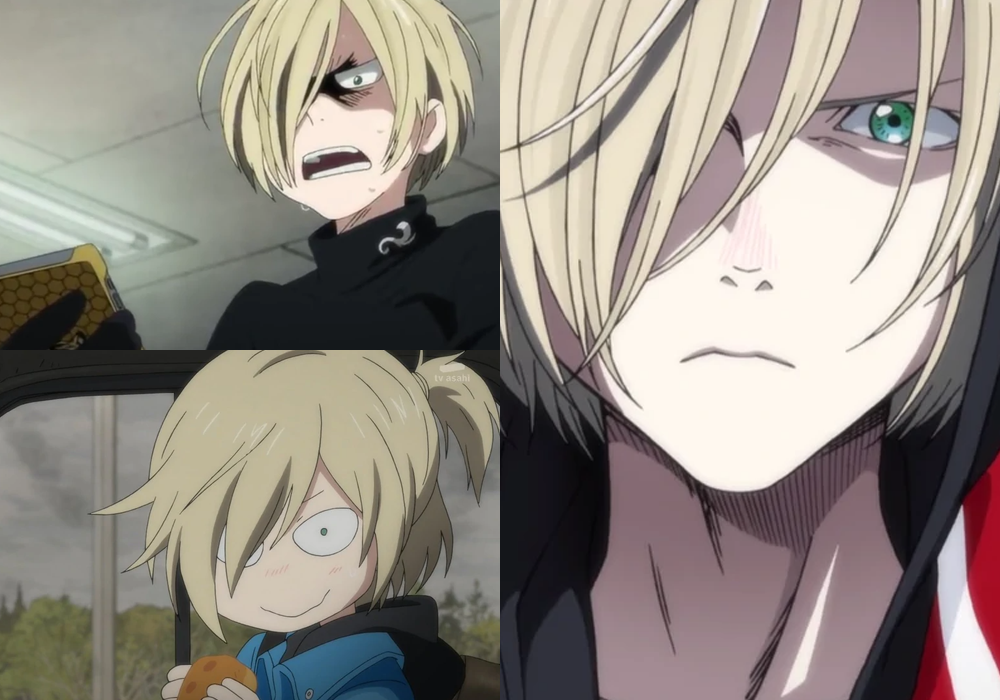 As a Pisces, Yuri shows how much of a dreamer he is, as well as how creative he is with his programs.

Ever since he was a kid, Yuri has always dreamed of becoming a pro on the rink. He looked up to Victor and was even a tad impressionable.

Yuri has a tendency to be emotional through his grumpiness. He’s even known as the “Russian Punk” and has openly expressed how upset he feels over Victor giving up on competitive skating.

To calm him down, just show him cats! 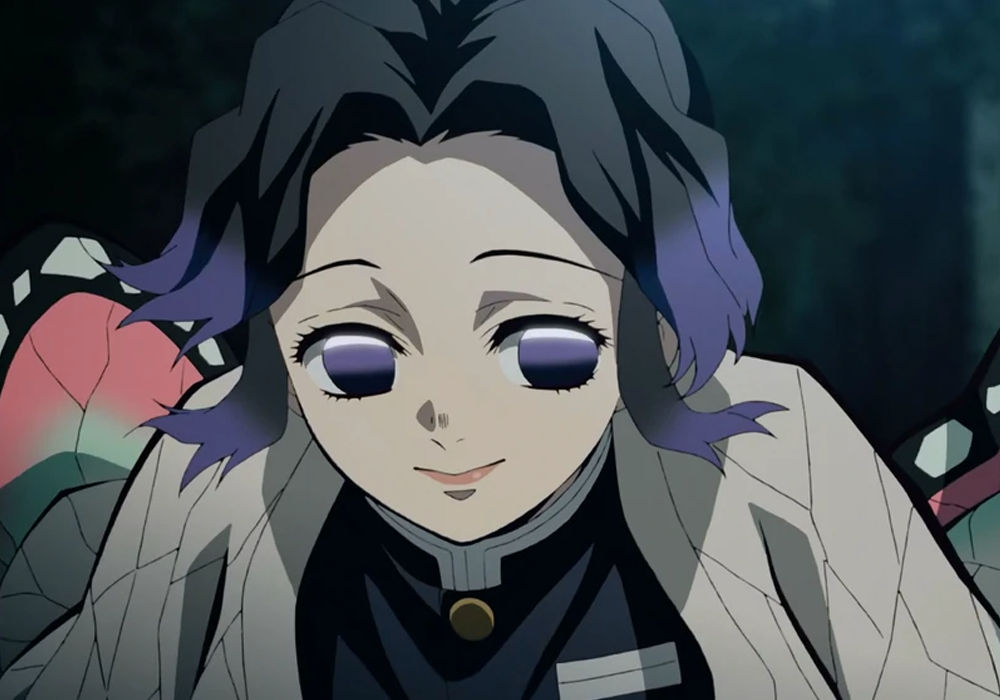 Shinobu has always shown a bright and happy demeanor when interacting with people. Even during dangerous situations, she seems unfazed and still calmly merry.

But what’s concealed deep down are her intense emotions of rage and hate toward demons.

Pisces people have a tendency to give in to their emotions, especially when something heartbreaking or traumatic is attached to such emotions.

For Shinobu, she lost her family and has vowed to rid the world of demons. 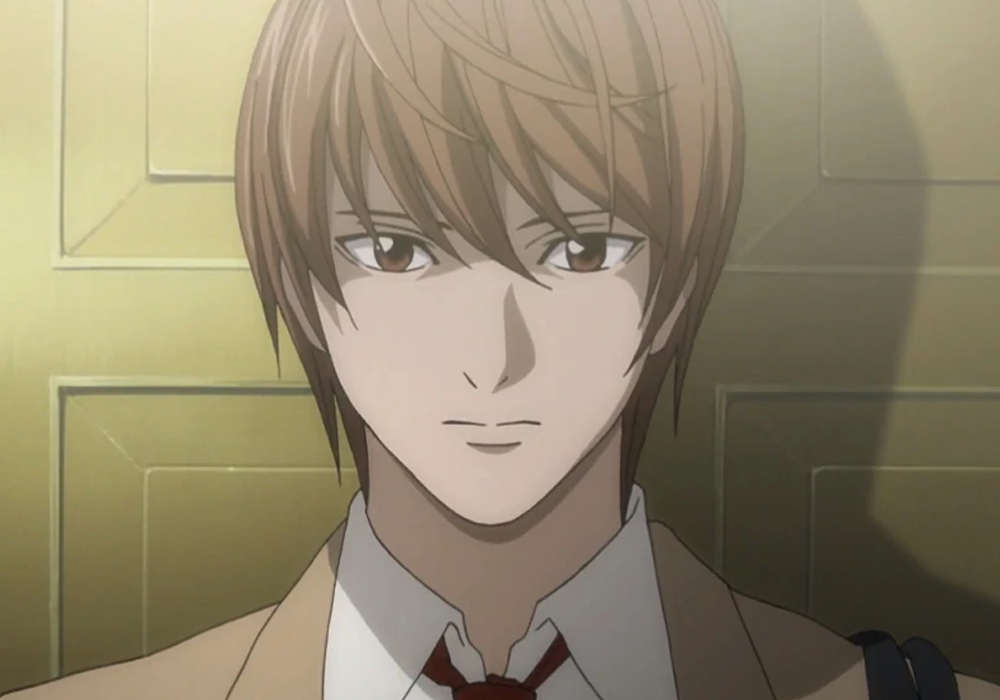 Light is another Pisces who seems nice, pleasant, and well-adjusted on the surface but hides intense emotions underneath.

To bring forth a new world that he deems as a salvation for all, Light uses the Death Note to immediately kill criminals without due process. Later, he even eliminates those who are in his way, criminal or not.

A Pisces dreamer can have fierce and idealistic goals, and Light fits this bill to a tee. 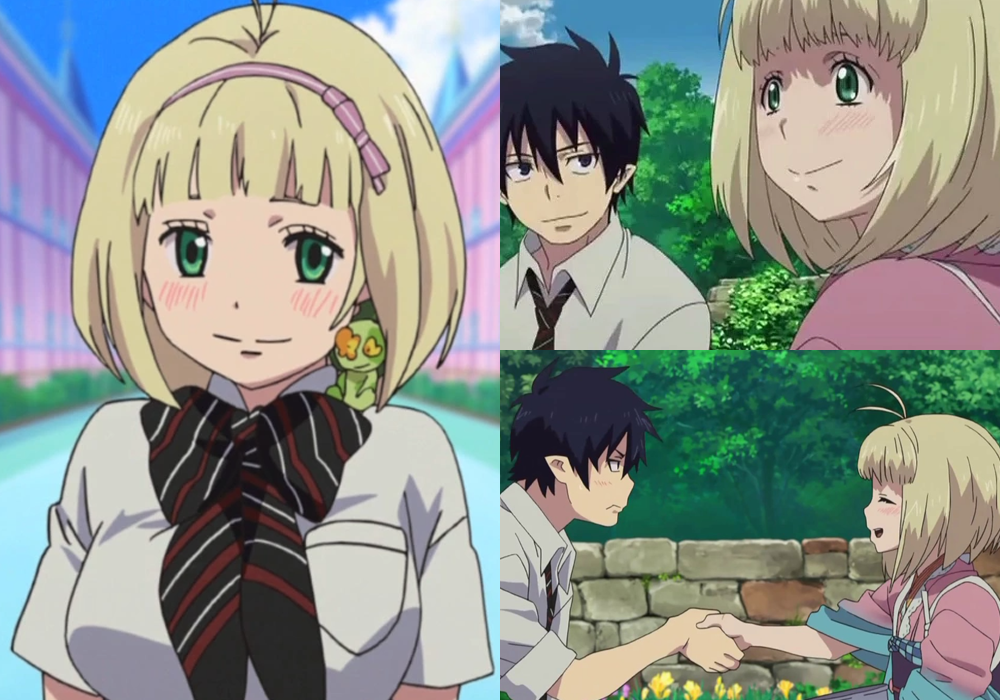 At the start, Shiemi was an extremely timid and shy girl. Her emotional sentiment made her not want to leave her grandma’s garden.

But her dream of making friends was strong, and with the help of the Okumura brothers, she eventually left her home and started her new life as an exorcist.

Shiemi also has a generous heart that unfortunately got taken advantage of at first.

Izumo asked her to do numerous errands and be her servant, and it only stopped when Rin stepped in and told Shiemi what true friendship is like. 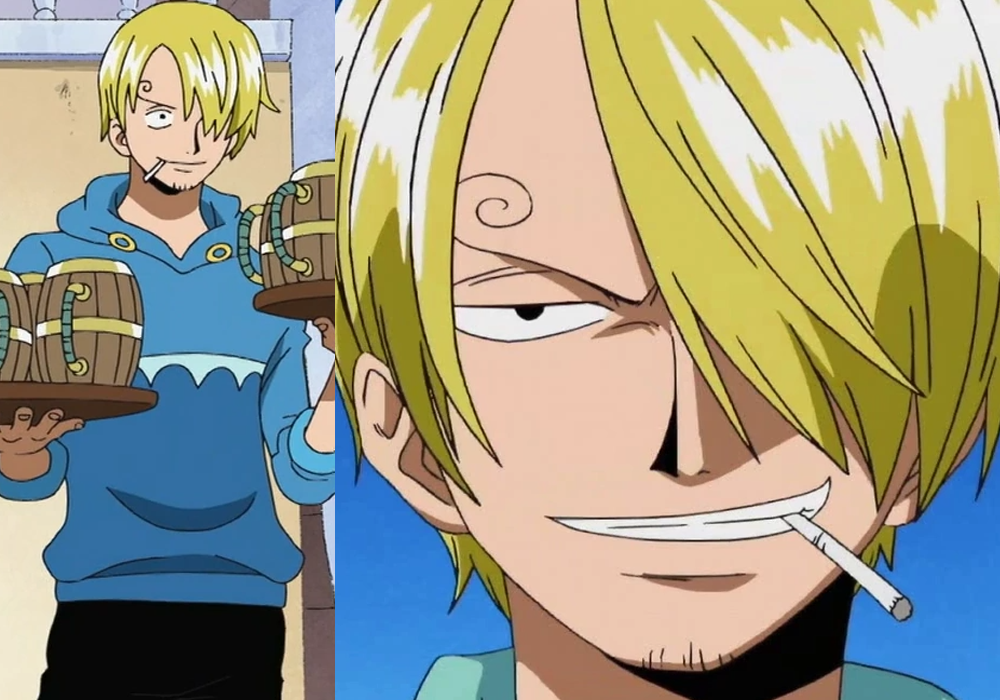 If there’s one form that Sanji’s generosity would take, it’s food that he has cooked with lots of love and care. You usually see him cooking meals for the crew, much to the delight of Luffy.

Even as a kid, he has always shown this trait. He once fed a rat and a turtle, which prompted his brothers and father to bully and scold him for it.

And in a very memorable scene, Sanji offered fried rice to a starving enemy. That enemy, Gin the Man-Demon, is a ruthless pirate.

However, that fried rice was the very first act of kindness he had ever received, and it moved him to tears. 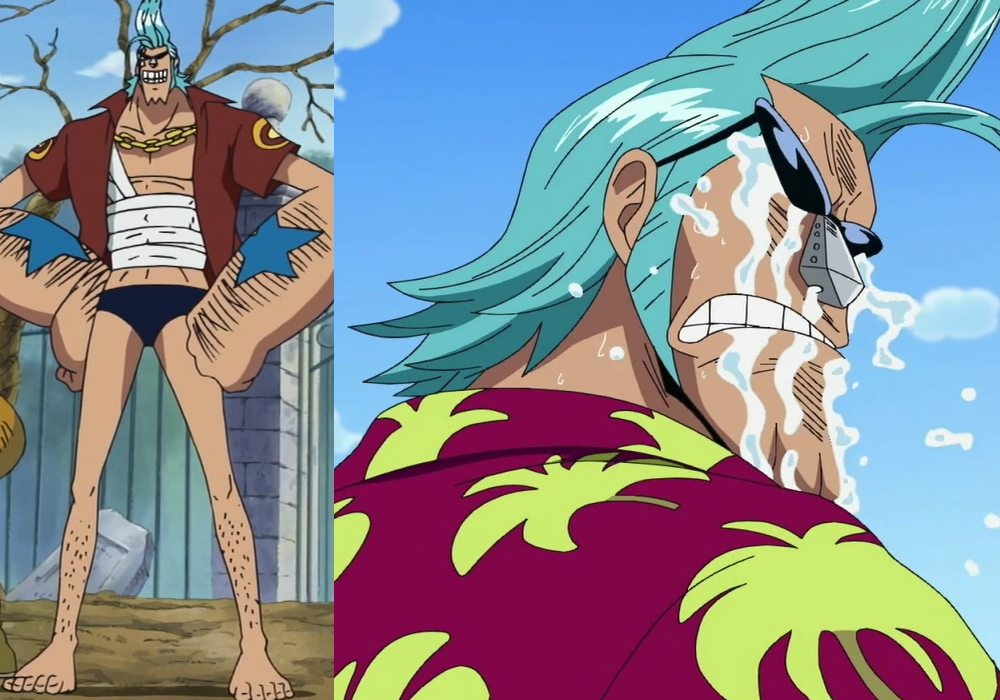 Here’s another Straw Hats member who is also a Pisces! Franky, the shipwright extraordinaire, shows his Pisces side through his creativity and empathetic heart.

As the go-to guy of the Straw Hats for anything relating to shipbuilding, he shows his immense creativity through his ship and mechanical inventions.

He’s also pretty creative with his hair! Can’t say the same thing about his clothes, though.

Franky can also get really emotional whenever he hears a touching story. He’d try to hide his tears and then bring out his guitar to sing a song about the heartwarming story he had just heard.

He’s a big guy with a big heart. 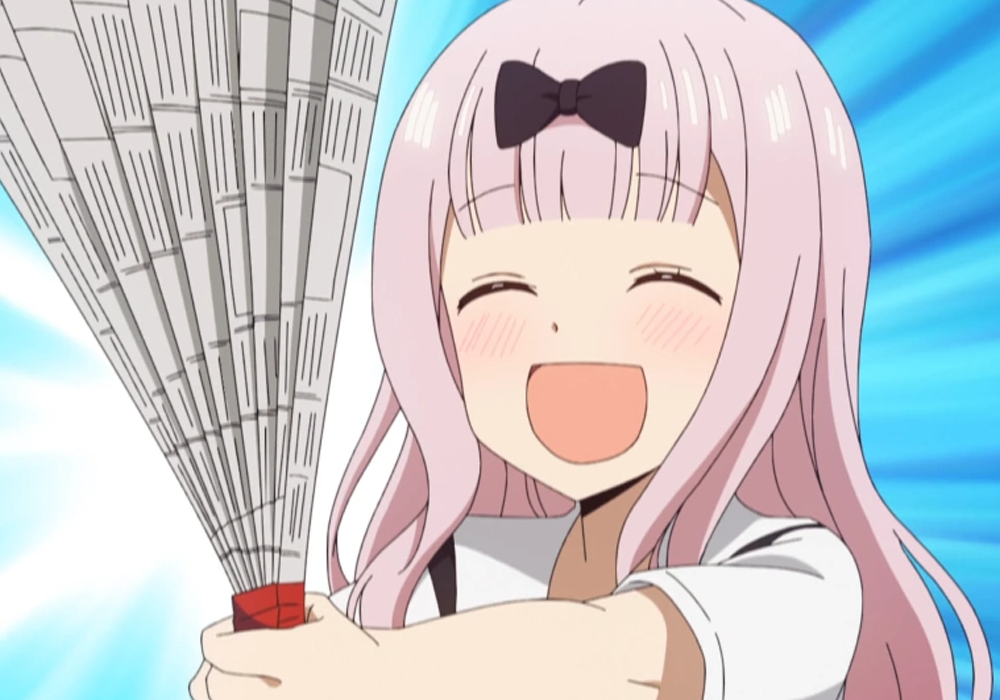 When it comes to amusing creativity and a heart who’s willing to help others with matters of the heart, Chika’s your gal.

Chika knows how to entertain herself and others by coming up with zany and even strange activities. This inadvertently ruins Kaguya’s and Miyuki’s schemes.

She is also obsessed with anything involving love and has declared herself a “love detective” who’s brimming with love advice for everyone. 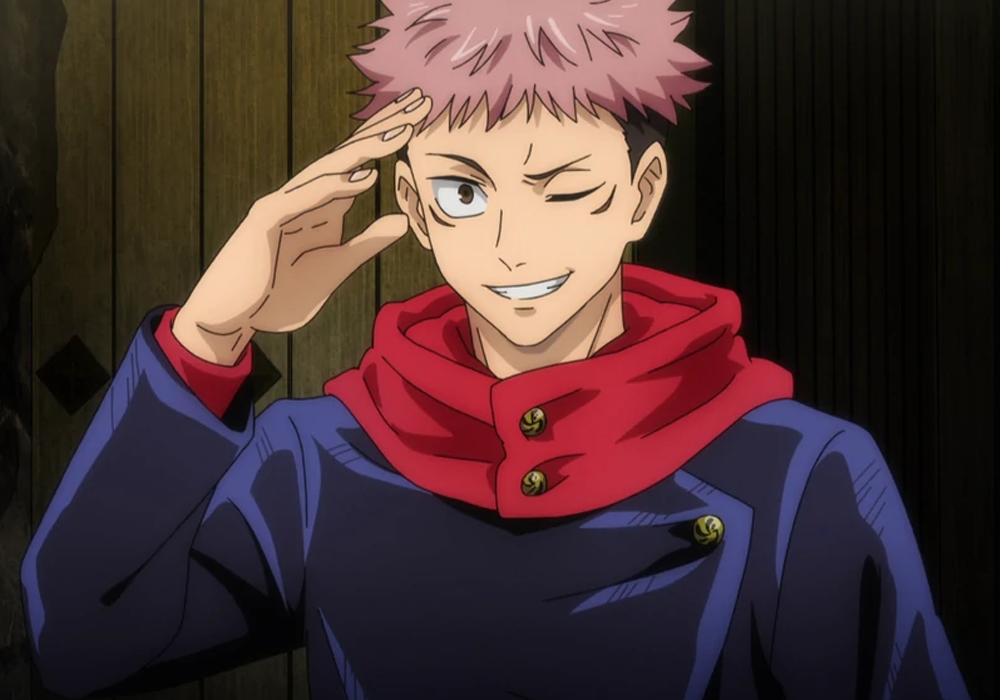 Yuji has always been a kindhearted lad who can’t look away when someone needs help. He took what his grandfather said to heart, which was to use his strength to help others.

Numerous times, even to the detriment of his life, Yuji would try to help people and even non-humans. Yuji highly values life and believes that everyone should be given a proper death. 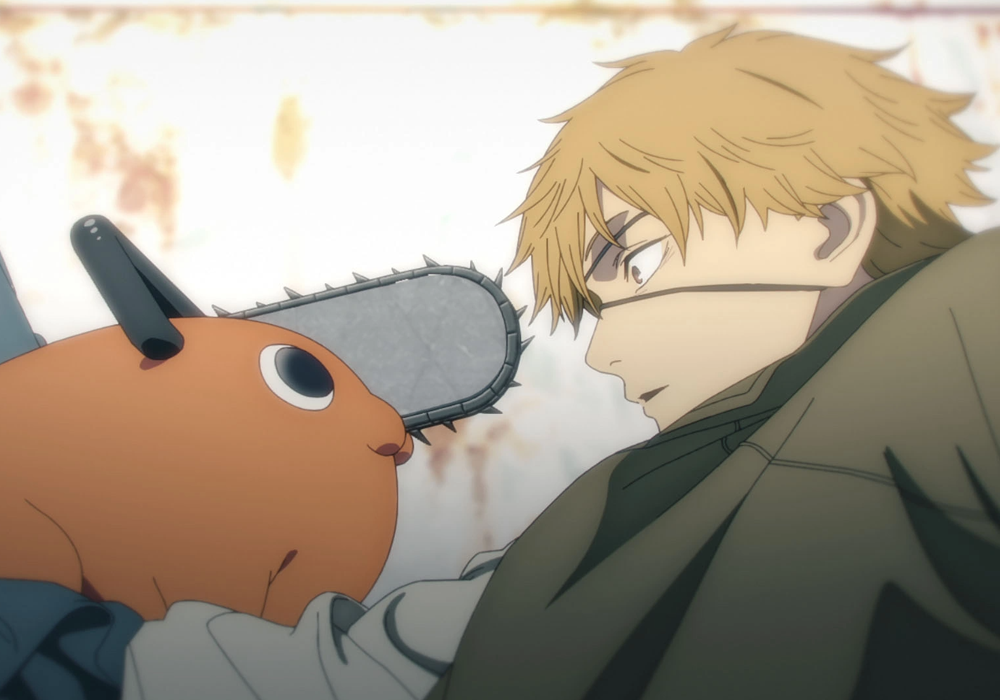 As someone with a generous, helpful, and trusting Pisces heart, Denji’s willingness was taken advantage of and abused.

He inherited his father’s debt as a kid, and so he had to work odd jobs and got himself in questionable situations just to make ends meet.

His only friend during this horrible time is the demon chainsaw dog Pochita. 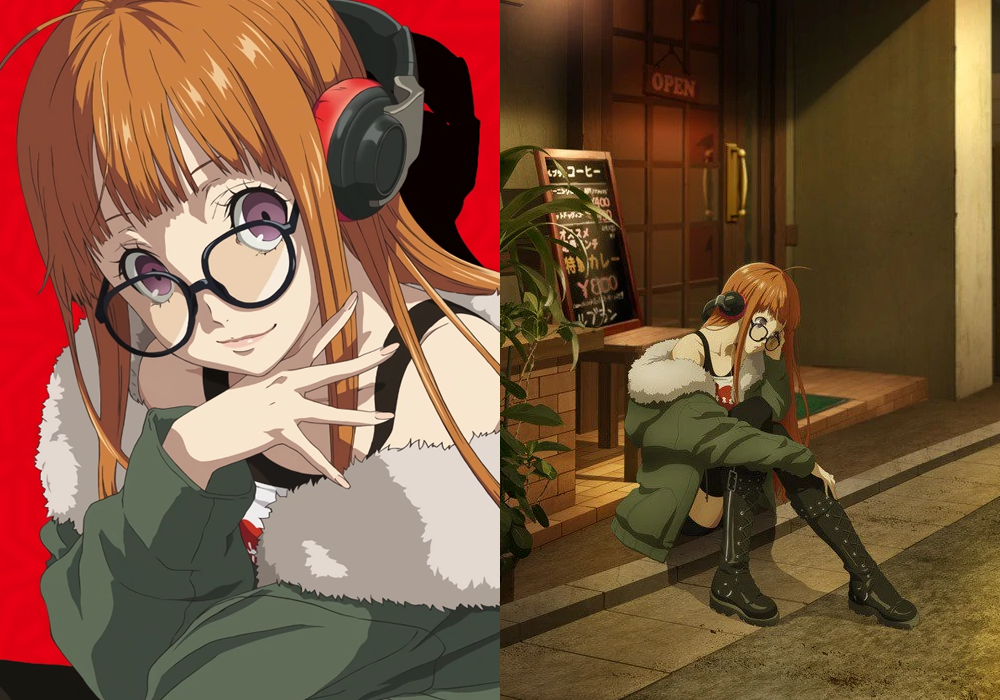 Due to the trauma of losing her mother at a young age, Futaba developed social anxiety and agoraphobia.

She became closed off from the world, even towards her adoptive father. Thankfully, the Phantom Thieves helped her slowly heal.

Futaba is naturally a helpful person – even her Shadow Self is more helpful compared to others. She takes the role of being the Navigator of the group, guiding them and offering support during combat. 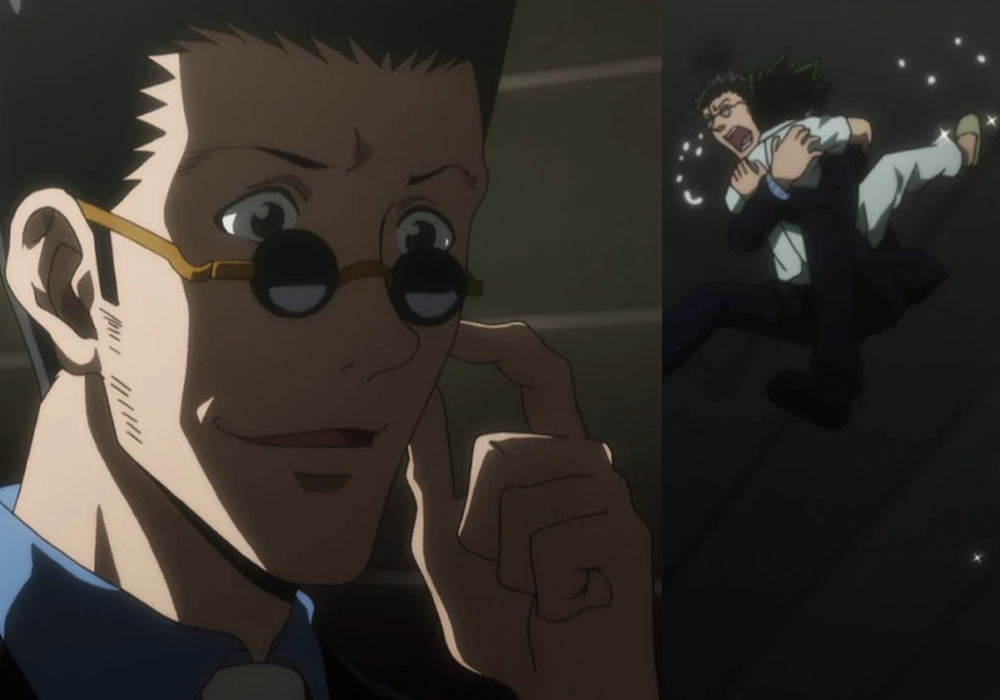 It’s no surprise that we picked the guy with the “nicest heartbeat that’s warm and gentle” as the top Pisces in our list!

Upon his introduction, Leorio comes off as a narcissist who only cares about money.

It is later revealed that he actually dreams of becoming a doctor to help the poor. He wants to use the money he earns from being a Hunter for his medical studies.

This selfless goal strongly shows a Pisces’s generous and empathetic heart. It might sound quite idealistic, but Pisces people are dreamers with a big heart.

Leorio is also notably a better father to Gon than Ging. He’s seen worrying and crying about Gon!