Our next MBTI spotlight goes to the caring and emotional ESFJ!

We present to you these amazing ESFJ anime characters that will hopefully help you understand yourself or the ESFJs in your life.

ESFJs are full of wonderful characters, ranging from the tenacious and forgiving Rock Lee to the “glue/big bro of the group,” Leorio.

Buckle up and ready your hearts!

To understand our characters better, let’s learn about ESFJ and its cognitive functions first. ESFJ’s functional stack are Fe, Si, Ne, and Ti.

Fe is Extraverted Feeling and is dominant. ESFJs perceive things with emotions and harmony.

They are generous, understanding, supporting, and forgiving people for the sake of unity and concord.

They love emotional connections and feeling like they’re a part of something. 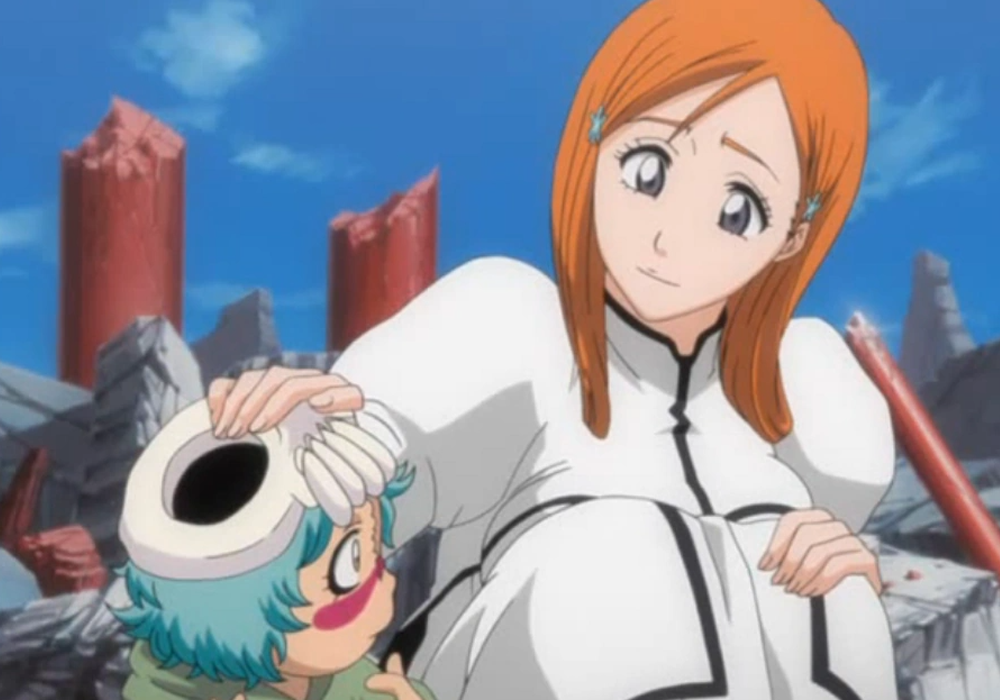 The negative side to this are the possibility of becoming too emotionally invested and forgoing boundaries, unnecessary sacrifices, guilty feelings, oversensitivity, being confused in conflict due to emotions, and self-dramatization.

Si is Introverted Sensing and is auxiliary. This is how ESFJs deal with things.

They are detail-oriented, appreciate and follow proper rules and conduct, and aim for goals while learning from mistakes. ESFJs also thrive in routines and rituals.

But if they’re not careful, they can get too nitpicky and become a stickler to the rules to the detriment of everything. 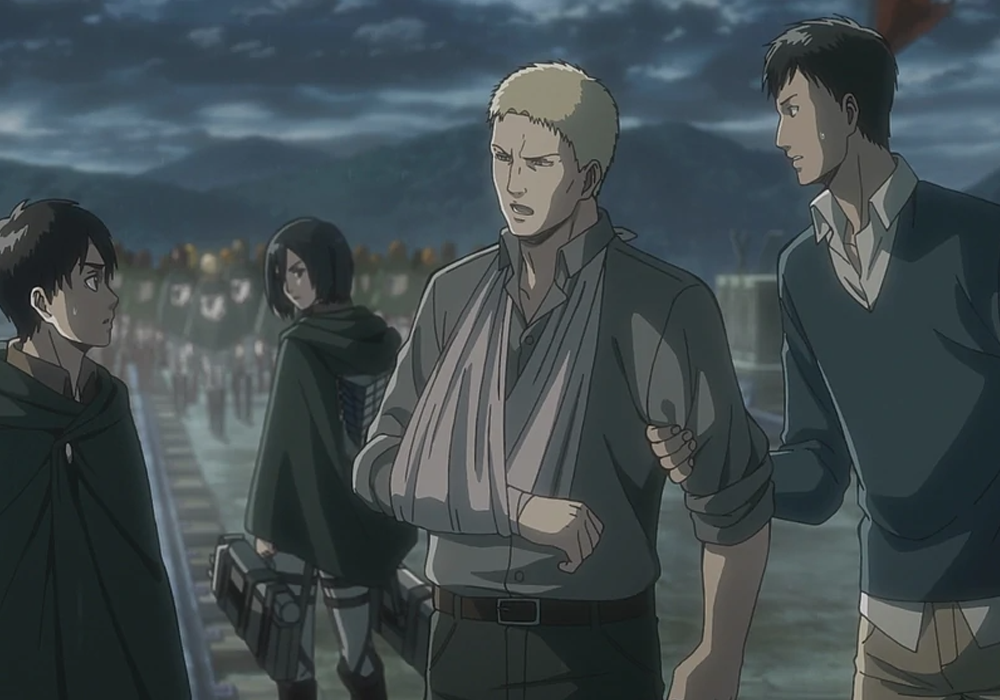 Ne is Extraverted Intuition. This balances the Si and opens the ESFJ to new ideas and solutions to a problem instead of sticking to what was decided.

But if underdeveloped, ESFJ won’t get past established beliefs and copes using unhealthy ways to ignore mistakes or unhappiness.

Ti is Introverted Thinking and is usually the weak point for ESFJs. If developed healthily, it is a source of logic and consistency.

If not developed well, it pushes ESFJ to overanalyze and doubt things, making them feel lonely and disconnected. 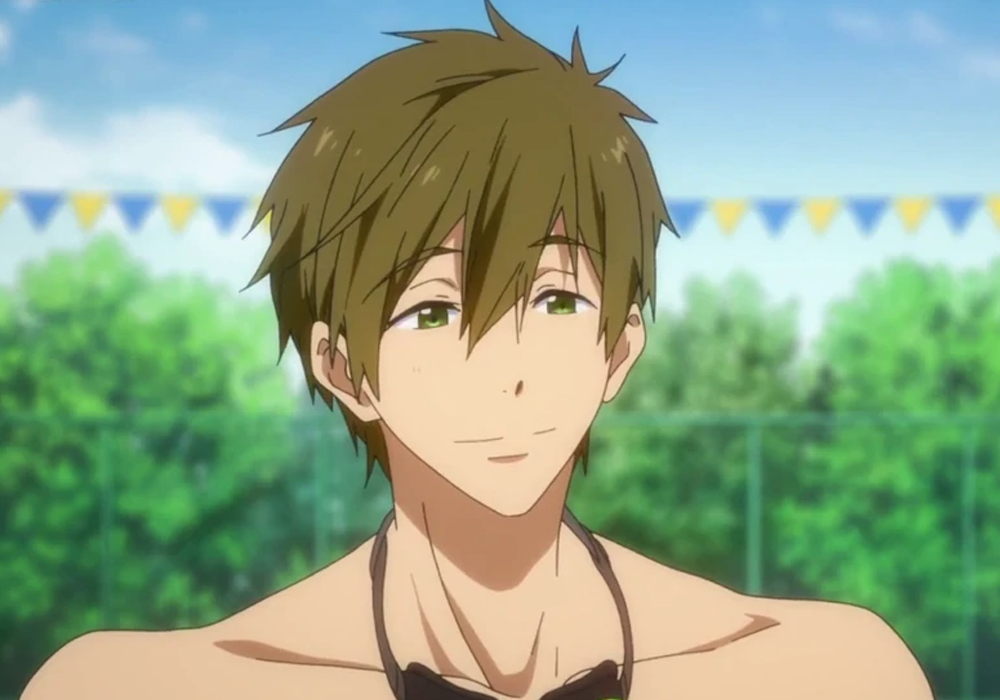 As the captain of the Iwatobi High School Swim Club, Makoto uses his Fe and Si really well to unite and bond with his members.

He’s considerate and pleasant with a warm smile and always shows concern for others. As the eldest in his family, he shows the same leadership.

However, he can get emotional and sensitive, especially when it comes to ghosts! He would hide behind Haruka – a habit since he was a child. 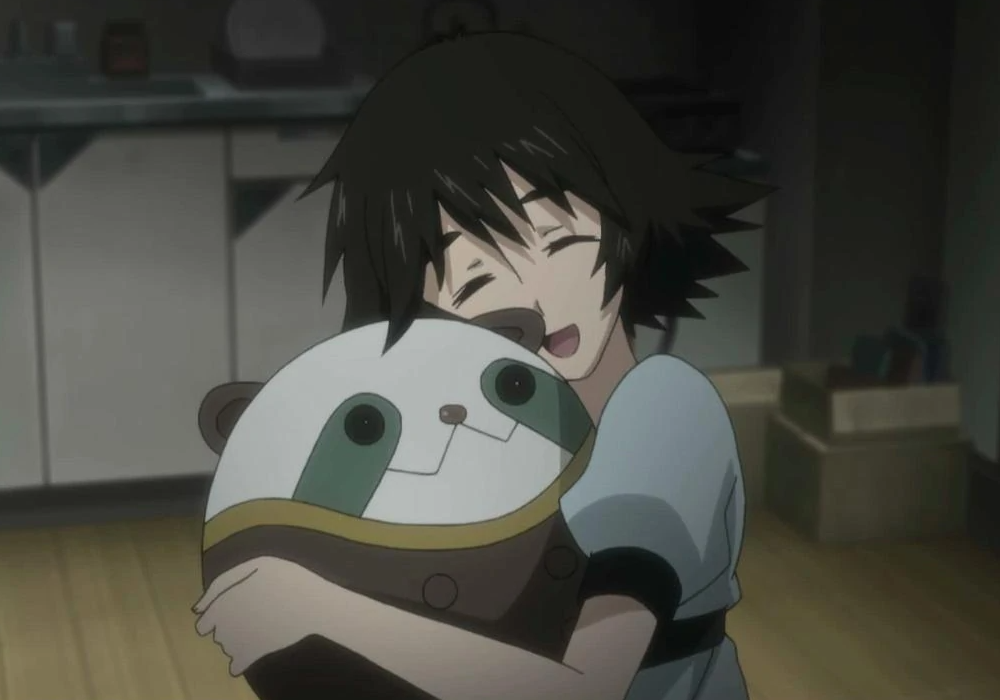 No matter how hard Okarin tried to save her life, the ending was always the same for sweet and kind Mayuri.

Upon knowing the truth, Mayuri assured Okarin that she understood and accepted her fate. All she wanted was Okarin to be happy.

This shows the selfless side of ESFJs. Even in the end, she still thought of other people’s happiness. 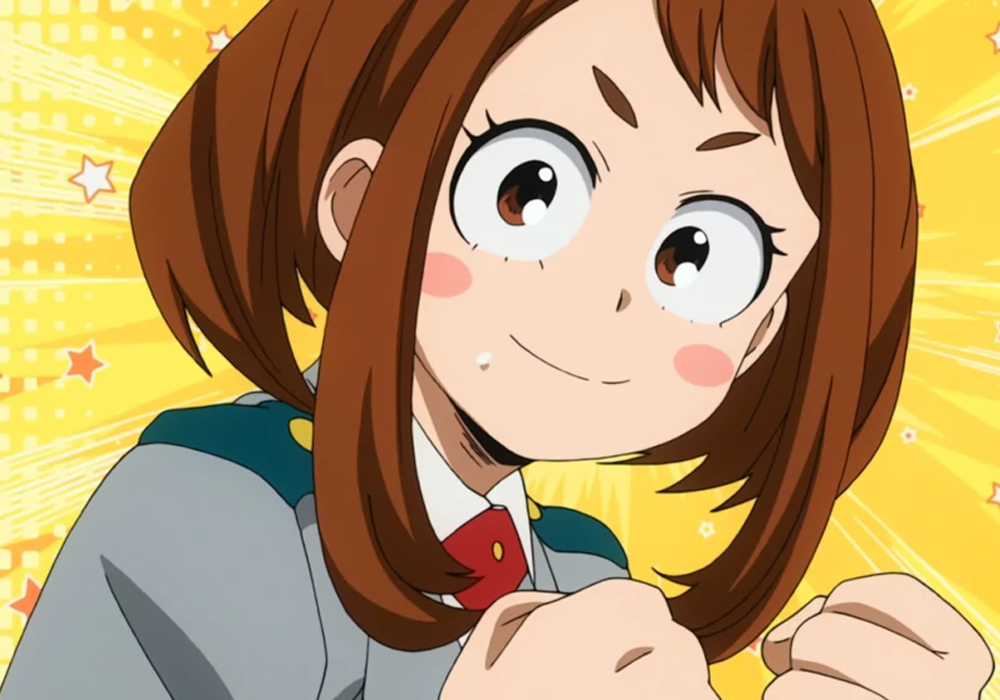 Uraraka dreams of becoming a Pro Hero who can bring in the dough!

This is because she’s from a family with financial struggles. She wants to work hard for her family so they won’t be troubled anymore.

Uraraka is also one of the characters in the show, which shows empathy and understanding to some of their villain foes.

She felt bad for Toga while thinking about what she possibly went through to become like that. 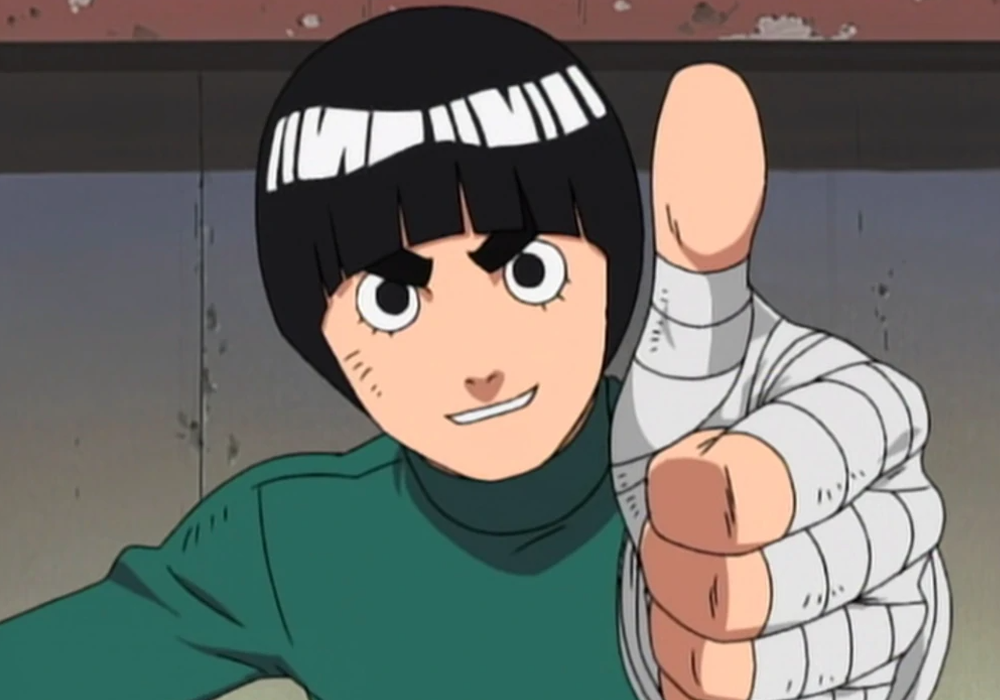 Because of his past experiences and struggles, Rock Lee is an understanding and forgiving individual, as shown when he befriended his former foe Gaara. This shows quite the healthy Fe!

And to stay true to his goal of becoming a great ninja, Rock Lee had to change and adapt his ways, showing a developed Si.

Since he couldn’t do ninjutsu or genjutsu, he trained in the ways of taijutsu. Inspiring, don’t you think? 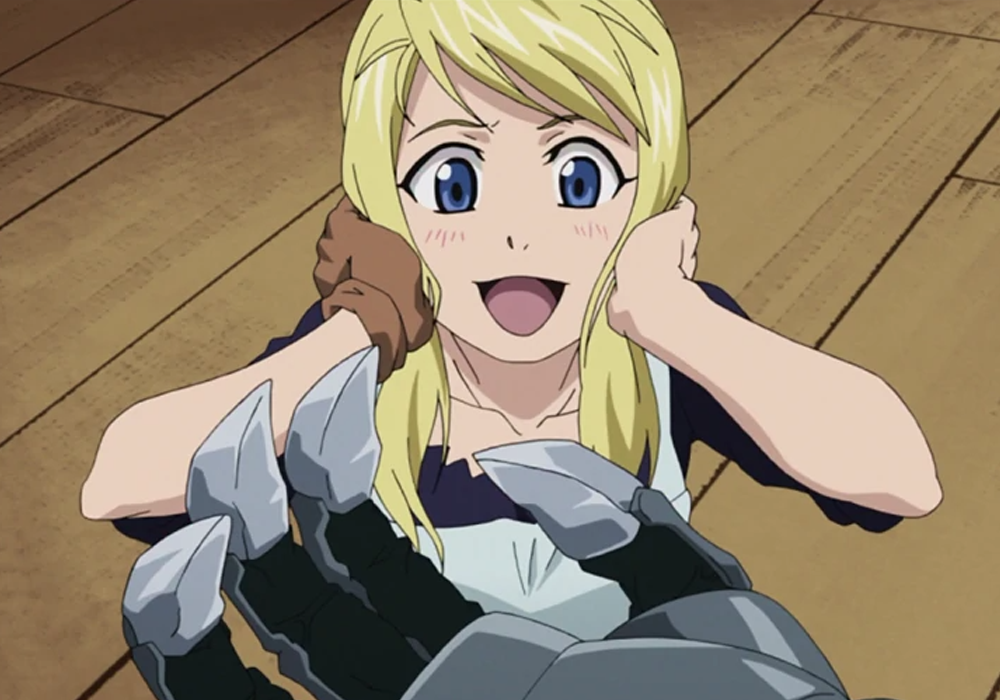 With her strong Fe, she tirelessly works for people who depend on her automail.

She knows her expertise on it can help a lot of people, so she doesn’t hesitate to go above and beyond just for automail.

She was also understanding towards Scar, despite what he did. Sometimes, her inferior Ti comes up in the form of fear of being alone and abandoned. 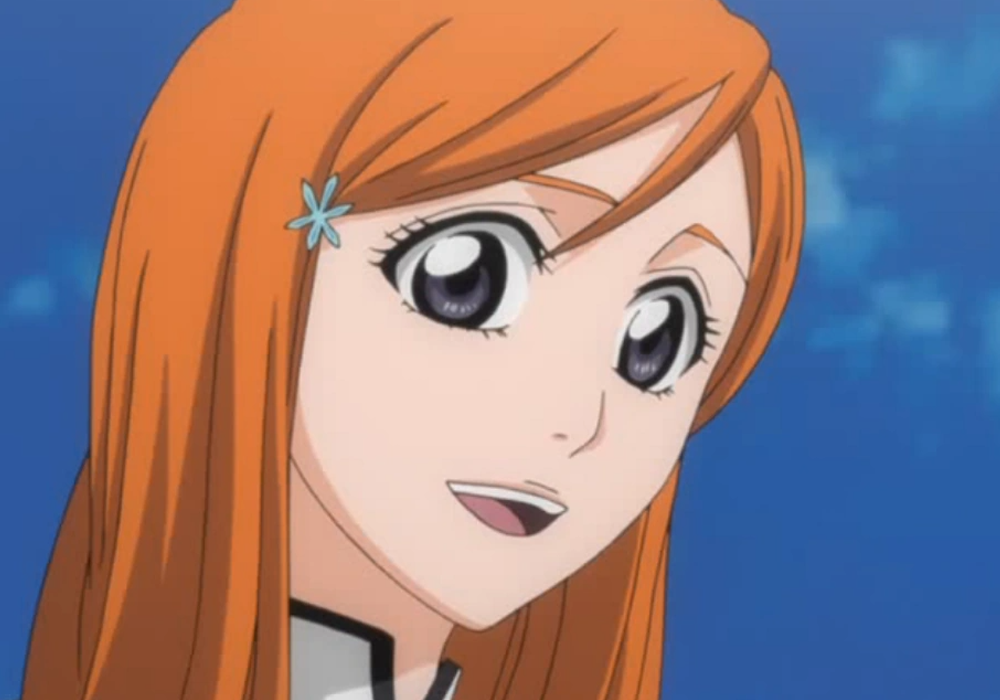 Orihime has always shown to be an understanding, caring, selfless, and kind individual who is always willing to help Ichigo and their friends.

So it’s quite appropriate that she later develops “healing” or restorative powers!

During her captivity with Ulquiorra, she did try to understand his perspective and make him understand her views as well. In the end, it wasn’t enough to save him, but he did soften a bit. 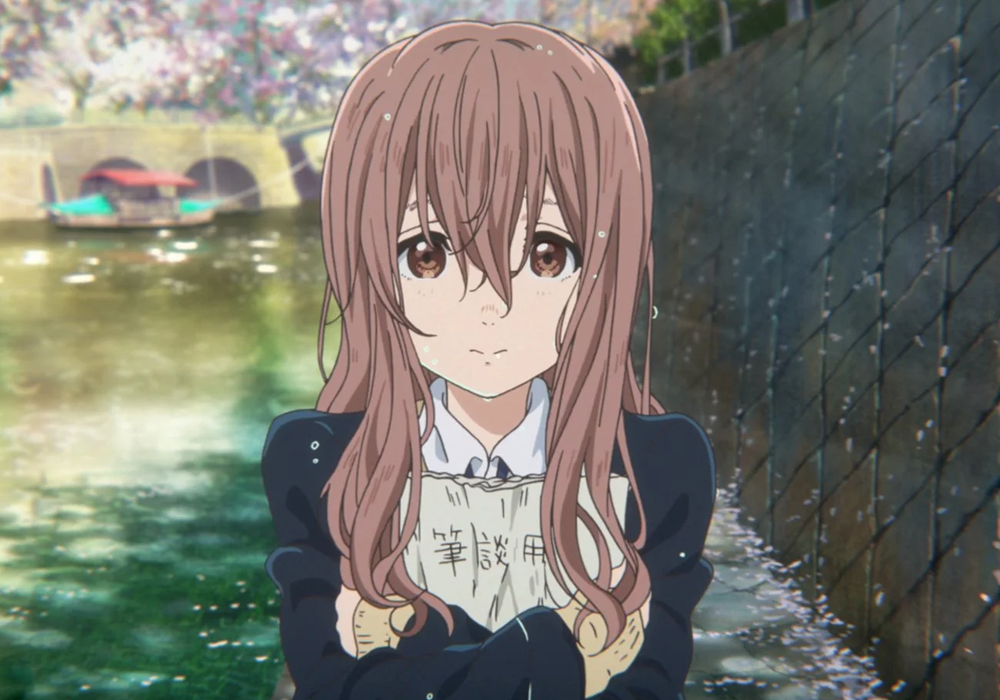 All Shouko ever wanted was to have friends. ESFJs feel strongly about making an emotional connection with people and being a part of something.

So imagine how crushing it was when she got bullied due to being hard of hearing.

But despite that, her hardships and strong Fe made her emotionally strong. Her Si also helped her continue amidst her struggles. 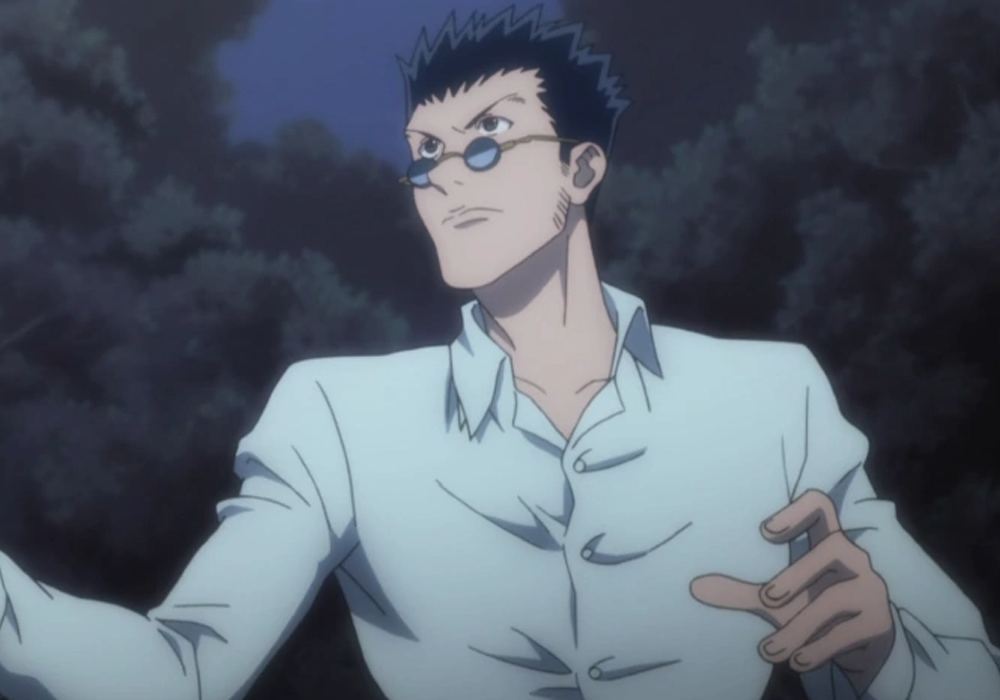 Leorio has always been the glue that holds the group.

While Kurapika is hellbent on exacting revenge, Killua avoids his family, and Gon chases after his dad, Leorio remains to be the foundation and heart of their circle.

And his ultimate dream? To be a doctor to help the poor. You can’t get any more selfless than that! 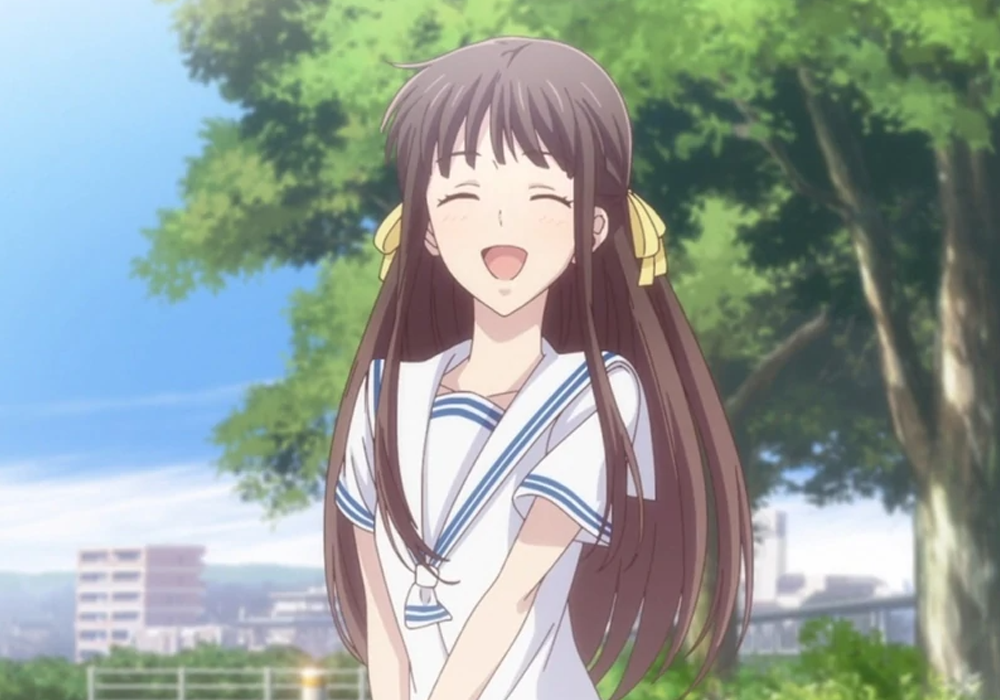 When Tohru saw that her presence made her relatives argue, she decided to leave and temporarily camp in the woods as her shelter. ESFJs value harmony, after all.

Losing her family and home was tough, but her healthy Fe and Si made her emotionally strong and able to adapt to her new circumstances.

Thankfully, she eventually found a loving family with the Sohmas. 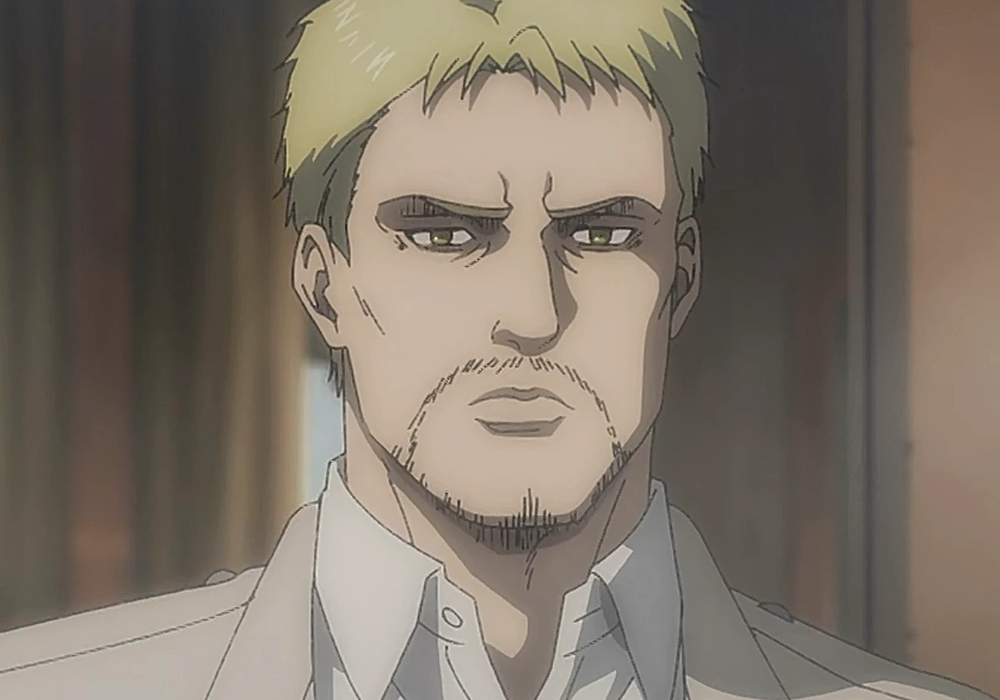 As a mistreated Eldian in Marley, Reiner had to volunteer as a soldier and sacrifice himself for the greater good of his family and people.

But upon reaching the shores of Eldia and living with people he was supposed to fight, he instantly connected with them and even took on a dependable and brotherly role.

However, deep down, he knew he had a task to fulfill.

His Fe made him emotionally connect with his supposed enemies. His Si helped him adapt. But his Ne and Ti made it difficult to ignore his guilt, and all the turmoil made him unhealthily cope with the situation.

We just wish Reiner finally gets to rest next season.